Yes, Pro-life Advocates Do Care About Children After Birth 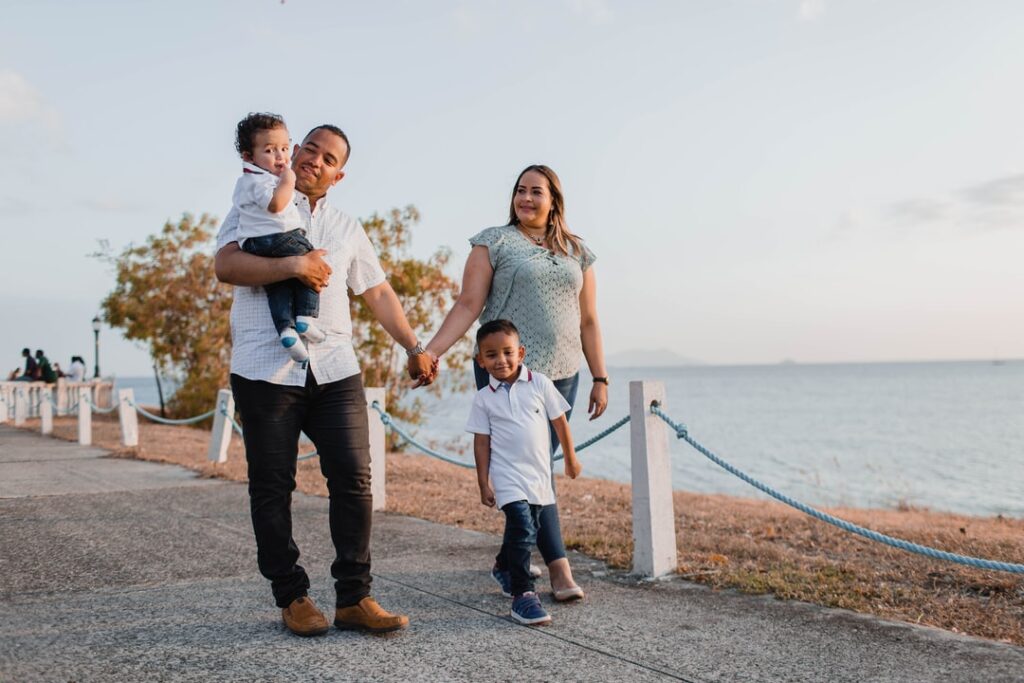 Pro-life advocates are accused of hiding their desire for totalitarian control of women and minorities through their activism on behalf of preborn humans. Many abortion supporters will assert that opponents of abortion simply do not care about kids in foster care, immigrant kids, minorities, or just born kids in general. Advocates for abortion claim moral high ground while portraying pro-life advocates as hypocritical, fetus obsessed hypocrites with no sense of compassion. It may very well be true. Pro-lifers may be guilty of not caring about children after birth.

Pro-lifers are not asking to move mountains. We are arguing that it is wrong to intentionally kill innocent human beings. Abortion does that. Therefore, abortion is wrong.

Pro-lifers contend that there is no relevant difference between the value of the lives of the born and preborn that would allow us to make an exception for abortion. Quite simply, born or yet preborn, it is wrong to intentionally kill you without proper justification.

The accusation that pro-lifers are not actually “pro-life” or are only concerned with fetuses is not a new one. It is increasingly popular with abortion activists.. Peruse online debates, and this accusation will be at the forefront of just about every meme, post, thread, or blog.

The argument that pro-life views are inconsistent is increasingly popular, gaining usage since the 2016 and 2018 elections.

It is also incredibly false.

Two types of people raise the inconsistency objection. Inquirers and Crusaders. Pro-lifers would do well to understand both. An inquirer is someone who is genuinely grappling with pro-life truth. She wants to know how her pro-life stance should affect her stance on other issues. Her quest is noble.

The Crusader is different. Chances are, he does not care how solid your pro-life stance is. He just wants to score debate points by making his opponent look bad. His quest is dishonest.

Consider the words of Liberal Theologian John Pavlovitz, darling of the American religious Left, during the 2016 election:

“I actually don’t believe you’re pro-life. I believe you practice a far more selective and convenient defense of Humanity. From where I’m standing, it seems as though ‘Life’ for you comprises a very narrow demographic—one that bears a striking resemblance to you. The unborn are easy to advocate for because you can idealize them into something palatable to you, something benign and comfortable, something in your own image. You see, it’s not that you’re really pro-life, you’re pro-straight, white, Christian fetuses.”

Pavlovitz is not alone. During her viral video for the Kids Meet series “Shout Your Abortion,” spokeswoman Amelia Bonow made a similar remark: Pro-life is just a propaganda term. Anti-abortion advocates don’t actually support “life” the way Bonow and her peers do. They are just out to control women and impose their narrow religious beliefs on an unsuspecting populace.

Maybe it is very well true. So what?

How does my alleged unwillingness to broaden my focus to other issues mean my essential pro-life argument is flawed? It doesn’t. It is merely a red herring, distracting from the issue at hand.

Aside from being bad debate form, it is also deeply dishonest. Consider: Suppose pro-lifers did broaden our focus. We adopted every child currently in foster care (something our critics are not exactly leading the charge to do). We eradicated racism and corruption. We reformed immigration, healthcare, and education. We ended animal abuse, poverty, war, and to top it all off, gave everyone free puppies and gluten free candy.

Would our critics then admit that abortion is a moral wrong that must be opposed? Nope. In fact, one critic expressed this plainly following a recent HDI diaper drive to support a new mom and her baby:

Realistically, most critics simply don’t know or care how much pro-lifers do for children even after birth.

They just trot out another list of reasons why they support abortion or to excuse their inaction in opposing it. So why on earth would the alleged lack of support by pro-lifers even be a question to begin with?

Abortion advocates shouldn’t be let off the hook easily when they claim “pro-life inconsistency.”

Even if some critics might agree they will work with pro-lifers to oppose abortion once all other topics are addressed, why must the preborn wait until every born human being is taken care of first before we will stop killing them? Do the preborn differ in some way that justifies letting them be intentionally killed by the millions worldwide each year, while every other social ill is resolved (Something Superman can’t even do, let alone a movement built on volunteer hours, part-time activism, and charitable donations)?

Yes, the preborn are different—they are smaller, less developed, not yet born, and more dependent on others for survival. So what? Why do any or all of those differences matter to begin with? The pro-lifer contends that development or dependency does not determine if life is worthy of protection. Not a single one of these differences matters when it comes to the intentional killing of an innocent human being. If pro-abortion activists want to see the abortion issue go away, they must establish we have no moral duty to value preborn lives or refrain from killing the preborn. Attacking pro-lifers personally does nothing to establish that.

Quite simply, raising the alleged inconsistency of pro-lifers in order to silence one’s opposition is utter foolishness.

Further, aside from being rhetorically bereft, the accusation is also demonstrably false. Pro-lifers regularly step up to ensure the most needy among us are taken care of. Between the four largest nationwide pro-life affiliates, NIFLA, CareNet, Obria, and Heartbeat International, there are over 2,300 pregnancy resource centers that are uniquely addressing the heartfelt needs of mothers and fathers experiencing an unplanned pregnancy. These centers do all sorts of work that our critics can’t seem to be bothered to focus on. From healthcare for low income mothers and fathers to education on STD prevention, relationship advice and counseling, parenting classes, diaper and baby clothes drives, even providing shelter to women in desperate need. The idea that pro-lifers only care about fetuses to excuse their inaction on other social issues is as false as it is ignorant.

Critics also seem to ignore Left-leaning pro-life groups that regularly help people involved in other crises, even calling out other liberal groups for their inaction. Groups like Democrats for Life, New Wave Feminists, and Project Truth, to name just a few, are all led by liberal and left of center pro-lifers. All of these groups regularly engage on other issues of concern to left of center voters and activists. Will our critics now reconsider opposing abortion?

Lastly, as Arthur Brooks points out in his study of charitable giving to care for the poor and destitute, liberals have a habit of talking big about how much concern for the downtrodden they have, but are largely nowhere to be found when it comes to giving money and volunteering effort to help the poor. Other studies report similar findings.

To summarize Brooks’ reports, if you want to find someone who is more likely to support your charity, look for someone who believes in strong healthy families, is religious, has a strong sense of entrepreneurship, and is not altogether trusting of big government economic programs. These are all concepts and behaviors closely associated with modern American conservatism, not liberalism. To put it simply, statistically speaking, those who claim leftist centered politics are more “pro-life” have a hard time literally putting their money where their mouths are.

Critics who assert that the policy proposals they trot out to discredit pro-lifers should instead actually do the hard work of proving the merit of their ideas, not just assuming them to be good to begin with.

In short, the Crusader’s accusation against opponents of abortion on-demand is utterly dishonest, false, and embarrassing. There are strong arguments that pro-lifers do need to take the time to understand and respond to. This is not one of them.

What about the Inquirer? Are the other issues she has concern over deserving of our equal attention?

I am sympathetic to her question. As a Christian, I believe I am called to alleviate and oppose injustice wherever I may come across it.

However, the preborn are a special case. While the treatment of migrants, the poor, and other groups are all important needs, the preborn warrant special attention due to the gravity of their situation. With nearly one million innocent human beings annually being intentionally ripped apart in the womb through suction, forcefully dismembered by forceps, and poisoned with digoxin, the preborn are especially vulnerable to being unjustly harmed. Over 60 million have been killed in the United States alone since 1973.

Likewise, unlike the poor, minorities, migrants, and other groups, the preborn have an entire political faction arrayed against them, along with the media, universities, political activism groups, Hollywood celebrities, state and National Laws, a national healthcare organization, and a collection of Supreme Court cases all supporting the revocation of their protection against being intentionally killed. Speaking out on behalf of established minority rights often bears no great societal cost for the social justice advocate. To put it simply, the preborn warrant more attention because they have far greater odds stacked against them and those who defend them. It is the critic of the pro-life view who must offer a reason for his inaction, not the pro-lifer.

In conclusion, the preborn need every ounce of support we can give to protect them. The deck is stacked high against their very survival. The critic of the pro-life view has a lot of explaining to do as to why he refuses to come to the aid of those who are not exactly like him at this moment. Excusing the intentional killing of an entire group of innocent human beings so you can gain snarky political points is the height of inexcusable bigotry. It is far more inexcusable when done in the name of justice.