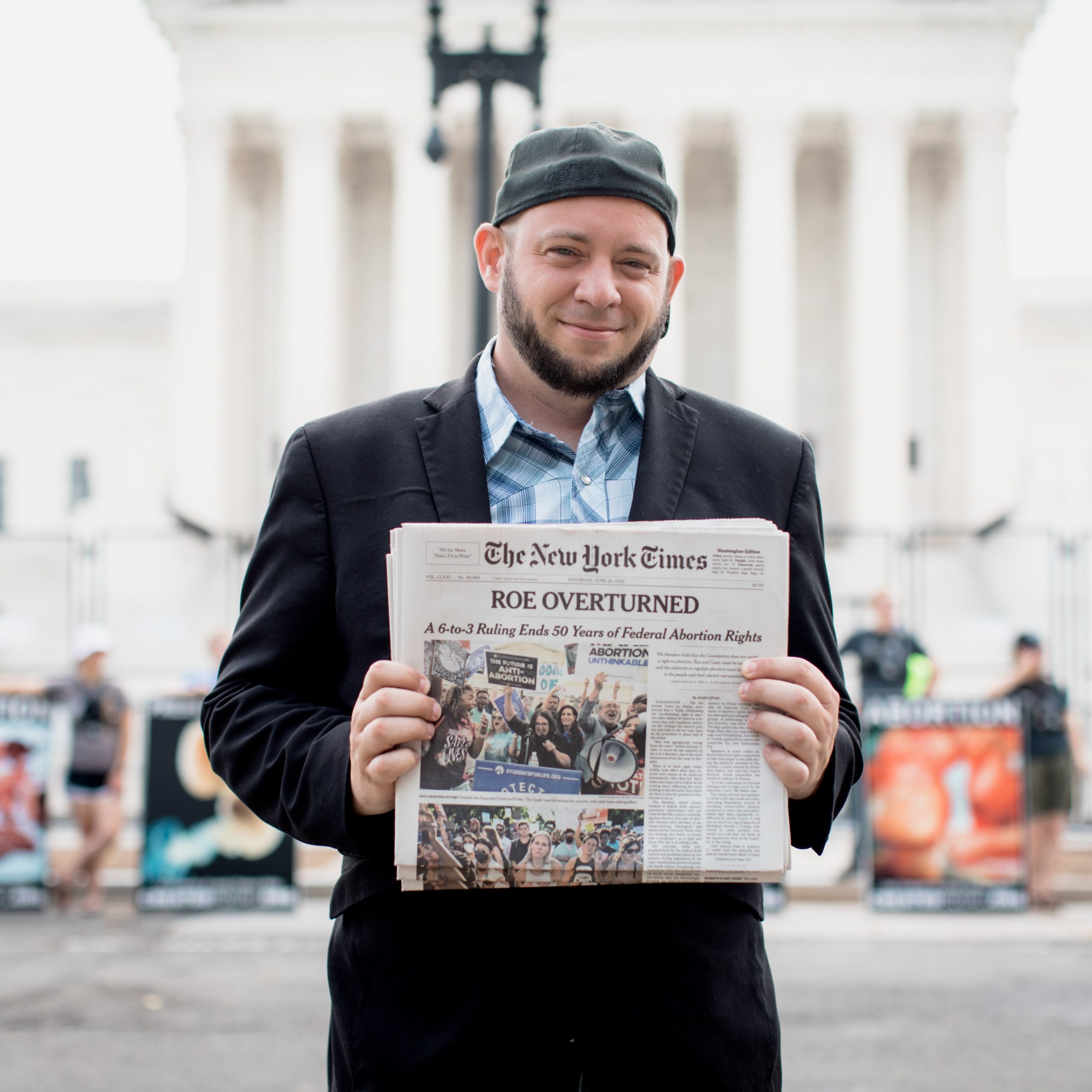 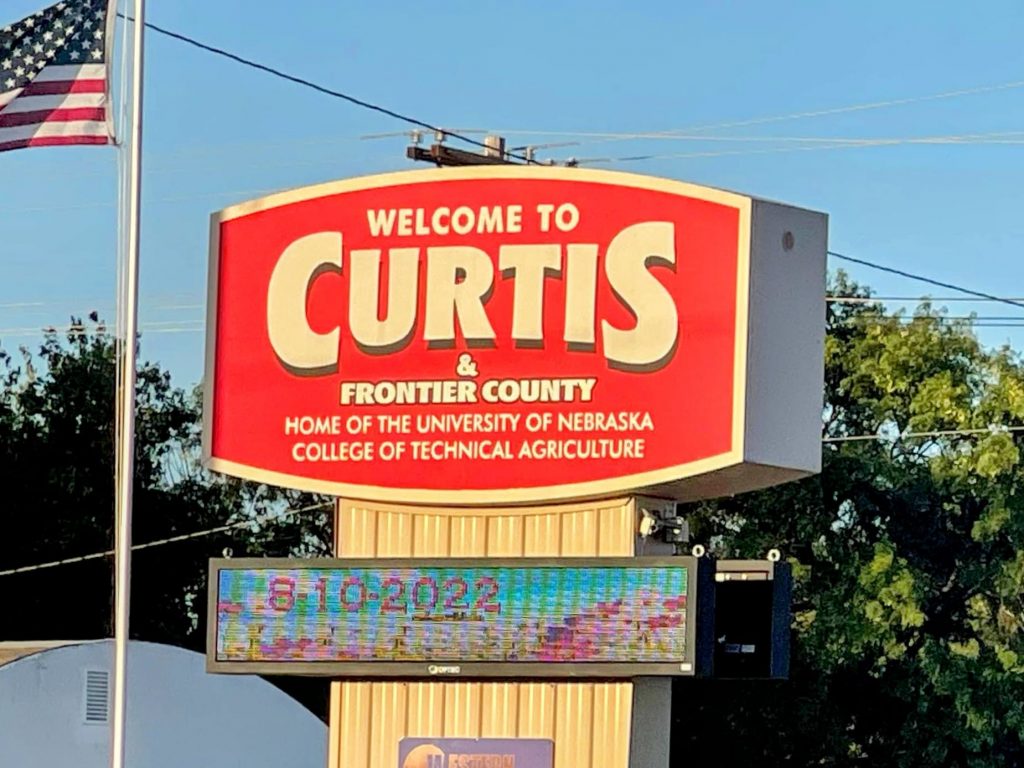 Recently Curtis resident and local attorney Stephen P. Herman wrote a letter to the editor of The Frontier County Enterprise encouraging Curtis voters to “vote NO” on passing an ordinance outlawing abortion within the City of Curtis.

Herman lists four reasons why Curtis voters should vote against the ordinance.

Herman’s First Reason to Vote Against the Ordinance: Abortion Is Already Outlawed in Curtis, Nebraska

The first reason Herman gives for why voters should vote against the ordinance is that performing an abortion is already outlawed in the City of Curtis. Herman writes, “If the objective of the ordinance is to outlaw abortions from being performed in the City of Curtis that objective has already been met.” Herman argues that it is already “unlawful for medical personnel at the Curtis Medical Center to perform abortions, there has never been an abortion performed at the medical center and it is illegal for any abortion to be performed there now.”

Of course, this is not the only way people are obtaining abortions in Nebraska. Through their joint-website Nebraskans For Abortion Access, the ACLU of Nebraska, I Be Black  Girl, Nebraska Abortion Resources, Planned Parenthood Advocates of Nebraska, and Women’s Fund of Omaha are encouraging Nebraska residents to consider self-managed abortion and receiving abortion-inducing drugs by mail. As they state on their website, “If you or someone you know needs access to abortion care, consider these resources:  AbortionPillInfo.org and PlanCPills.org.”

The opening text on the Plan C Pills website reads, “A safe, at-home abortion is here. Plan C provides up-to-date information on how people in the U.S. are accessing at-home abortion pill options online.” What parent wants their child to order abortion pills online so that their daughter can have an “at-home abortion” in their bathroom? What parent wants to go into their daughter’s bathroom and flush their first grandchild down the toilet because their daughter is so traumatized by seeing a distinguishable human body in her bathroom toilet? Abortion does not just end with a dead child, but abortion leads to a life of trauma.

Herman’s Second Reason to Vote Against the Ordinance: The City of Curtis is Prohibited from Enforcing the Ordinance and Turns Private Citizens into Bounty Hunters

The second reason Herman gives for why voters should vote against the ordinance is that the City of Curtis is prohibited from enforcing the ordinance and turns private citizens into bounty hunters. In raising this objection, Herman reveals that he does not understand the ordinance.

Part of me has to wonder if Attorney Stephen Herman, who is a real estate attorney, shares the same convictions about “turning enforcement provisions over to private citizens” for matters involving real estate. In the world of real estate, purchasers of a property are given a private cause of action against the seller of a property and may recover the actual damages, court costs, and reasonable attorney’s fees. Does Herman see the use of private causes of action in the context of real estate to result in a “bounty hunter mentality” or is that different because it is not about abortion?

Herman’s Third Reason to Vote Against the Ordinance: The Extraordinary Requirements on any Person or Entity Contracting with the City of Curtis

Every person or entity who contracts with the City of Curtis, Nebraska should follow all local, state, and federal laws – regardless of who they are, who they know, what business they work for, or what services they are bringing to the community.

The Curtis “sanctuary city for the unborn” ordinance does not place “extraordinary requirements” on businesses. Section 5 of the Curtis ordinance states, “No person, corporation, or entity that enters into a contract with the city of Curtis or that receives any grant or funding from the city of Curtis may . . . Pay for, reimburse, or subsidize in any way the costs associated with an elective abortion, including by engaging in . . . Providing coverage of elective abortions as an employee benefit; Paying for, reimbursing, or subsidizing the travel costs associated with obtaining an elective abortion, or covering those costs as an employee benefit; Donating money, digital currency, or other resources to an abortion provider, abortion fund, or an affiliate or an abortion provider, either directly or by laundering the donation through an intermediary; Offering or providing money, digital currency, or other resources with the knowledge that it will be used to pay for, offset, or reimburse the costs of an elective abortion or the costs associated with procuring an elective abortion; Performing or providing any type of work or services for an abortion provider, abortion fund, or an affiliate of an abortion provider, regardless of whether such work or services is done on a paid, contract, or volunteer basis; or Paying, offering to pay, or providing insurance that covers the legal expenses or court judgments or settlements of those who violate the abortion laws of the United States, or the abortion laws of any state, local, or foreign jurisdiction.”

If abortion truly is the murder of another human being, then why would anyone actually want to do business with companies that are involved in any way with the murder of innocent children? While many take issue with the insurance provisions in ordinances like these, it should be noted and recognized by all that Nebraska’s state laws already prohibit all comprehensive plans from covering abortion.

Herman’s Fourth Reason to Vote Against the Ordinance: Bill’s Scenario

The fourth reason Herman gives for why voters should vote against the ordinance is put forth in the following scenario:

“A person, (let’s call him Bill), lives in Curtis, Nebraska. Bill has a daughter, Mary, who lives in Denver. Mary, for whatever reason, has made the difficult decision that she needs to terminate her pregnancy . Bill drives to Denver, counsels his daughter with reference to the procedure. After such counseling, Mary decides to go forward with the abortion procedure, which is performed in Denver, Colorado where abortions are legal. Bill pays for the expenses related to the abortion procedure and also drives his daughter to the facility where the abortion is performed. Although Bill does not agree with his daughter’s decision, he loves his daughter and wants to be supportive of her in this difficult period of her life.

Someone, (let’s call him Ray), for whatever reason, is informed of Bill’s activities. Let’s say Ray lives in Texas, but it could be anywhere. Under this ordinance, Ray can sue Bill and receive no less than $10,000 if he prevails and in addition, Ray’s attorney is awarded attorney fees which must be paid by Bill. So, Bill, who for no other reason than he is a citizen of the City of Curtis, is sued by a person living in Texas, represented by a Texas attorney, for an act that took place in a jurisdiction where the act was completely legal.”

My response to the following scenario is, as follows:

“A person, (let’s call him Ray as well), lives in Texas. Ray has longed to have a family one day. Ray has been dating Mary for about a year while in college. Six weeks ago, Mary shared with Ray that she was pregnant, and he was the father of her unborn child.

Ray is overwhelmed with emotions. Ray has always wanted a family, but this is not how he envisioned his family starting. Ray expresses support for his girlfriend but immediately starts putting a pen to the paper to see how he can make adjustments to be able to provide for his family. Ray decides to buy an engagement ring for his girlfriend, with the intent to propose to her in the near future.

Ray also thinks about his own dad and contemplates what he would do the same and what he would do differently as a father. He decides to call his dad, for the first time in months and breaks the news to him. “Dad, you know how one day you told me that one day I would have my own family? Well, that’s happening. My girlfriend Mary, she’s pregnant, and the child is mine.”

Mary shares with Ray that her father, Bill, is coming to town. Wanting to give Mary time with her father, Ray gives his girlfriend some extra space – taking the time to plan out some life changes which will be necessary for the new responsibilities which he will be taking on as a father.

Ray has no idea Mary is talking to her dad about having an abortion.

The day after Bill leaves to go back to Nebraska, Mary shares with Ray that she has had an abortion and she thinks she may have made a mistake. Overwhelmed at the news, Ray is devastated. His child is dead. On top of the loss of his child, Ray is not sure how he is going to tell his Dad and questions if he should have told other members of his family.”

Abortion hurts women and men, ending the life of the child which they created.

In this hypothetical scenario, where Bill lives in Curtis, Nebraska which has outlawed abortion with an ordinance with a private cause of action, I hope Ray wins his lawsuit against Bill.

For about 50 years legalized abortion has hurt women and men and ended the lives of their children. When Roe v. Wade was overturned; it gave the people and their elected representatives an opportunity to get things right.

While some, like Attorney Stephen Herman, see this ordinance as terribly divisive, I see abortion as terribly divisive. Abortion rips a child from her mother’s womb and leaves her and her baby’s father with trauma for the rest of their lives. Can we get any more divisive than that? Abortion, which often rips the arms and legs off of a child and crushes their skull, ought to be outlawed in every city in America.

On November 8, I hope the citizens of Curtis will join with the citizens of Arnold, Brady, Hershey, Paxton, and Wallace in Nebraska and Abilene, Athens, Plainview, and San Angelo in Texas in voting to outlaw abortion in their communities. 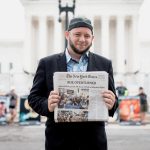