Why It Is Important to Vote Pro-life First 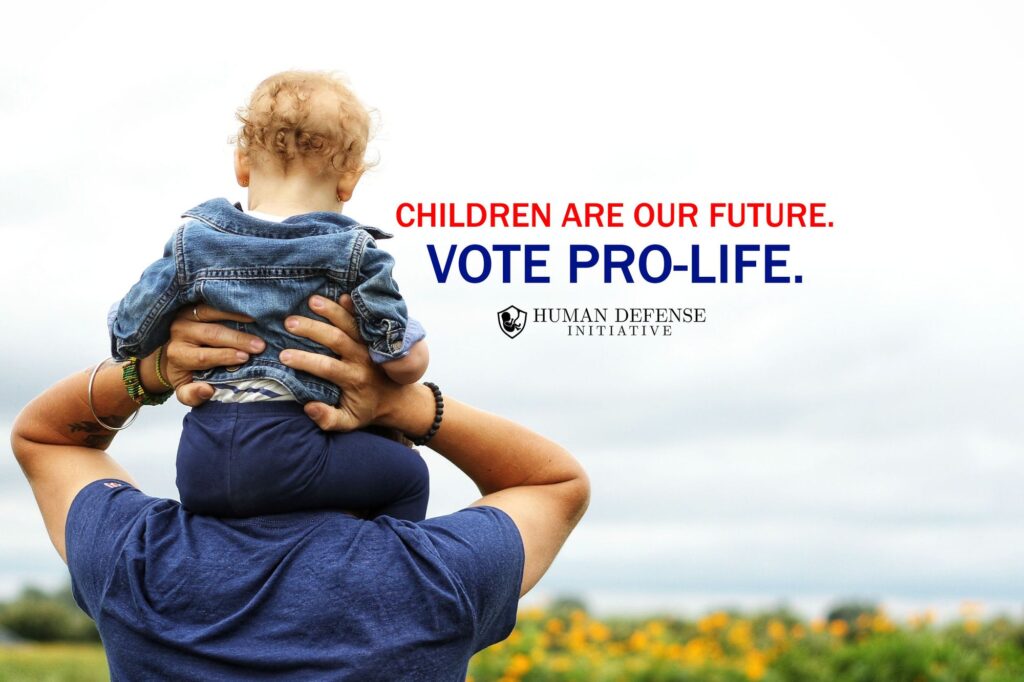 With Midterm elections approaching, we must not forget to vote to protect the most fundamental of all human rights – the right to life. Election time can get confusing with information and advertisements coming at you right, left, and center. However, as long as the right to life is being denied to anyone in America, we must not become complacent. Here is why everyone needs to vote, and vote pro-life first:

The same question arises every election cycle: Where do you truly stand on the subject of abortion?

While a part of a pro-life organization in college, I learned that pro-lifers come in all shapes and forms. Not all of them are Conservatives and a lot of them do not vote at all.

That last point has never made a lot of sense to me. Pro-life people are willing to do so much for the pro-life cause. We have passionate, strong pro-life college leaders who work tirelessly to ensure students know the effects of abortion, who help parents in need, and who even volunteer at pregnancy resource centers, yet when election season rolls around they claim disinterest in politics.

Listen, we must not be active in the movement every other way and ignore the most important means of advancing our goal.

If we do not vote for pro-life legislation and for government officials who will support the movement, we are at risk of pro-choice officials becoming the majority, grid-locking Congress and blocking pro-life legislation from passing. This would undermine our own efforts, allowing the abortion fight and the slaughter of millions of babies to continue to thrive, virtually unchallenged.

Now, if given the personal opportunity, just about any pro-life advocate would jump at the chance to help overturn Roe v. Wade and thereby make it possible for the states to decide whether or not abortion ought to be legal. Almost all pro-life advocates agree that, at the very least, the question of whether abortion ought to be legal should be sent back to the states.

Of course! Pro-life people are passionately against the slaughter of preborn babies–why would they not want to outlaw it?

Look, you may never be given the opportunity, personally, to overturn Roe v. Wade but every one of us registered to vote in the United States has been given the opportunity to vote for those who will do everything in their power to ensure abortion is outlawed in our generation. You, yes you, can elect pro-life officials who fight for pro-life legislation and abortion restrictions.

As pro-life people, we must engage the political system. We do not have a choice. How else are we to make abortion illegal or even place restrictions on abortion? How else are we to impose consequences on those who decide to make the choice to abort so as to teach the culture that, like murder, abortion is not an acceptable choice? In order to enforce the idea that abortion is not acceptable, there must be a law making abortion unacceptable and there must be enforcement of that law. Laws begin with Legislatures–local, state, and federal–and in this country, we still vote for legislators.

Our goal in the pro-life movement is to create a culture which respects the value of every life. We cannot stop individuals from making their own decisions, but we can lobby for severe consequences for people who decide to make certain choices.

Murder is illegal and while people still commit murder, there are consequences for those who choose to commit murder because our society recognizes murder–the unlawful and unjustified killing of a human being with malice aforethought — is not an acceptable choice. It ought to be the same with abortion and in order to make abortion illegal, we must elect pro-life officials who will fight for such change.

Now I am not saying to automatically vote for a certain political party or that everyone in a party who claims to protect the preborn actually fulfills their promise. I am not saying you need to vote Republican up and down the ticket because that is supposedly the “Pro-Life Party.”

It will take more thought and care than that to look into the voting records of each politician on the ballot to determine who is a consistent pro-life voter, not merely a pro-life ‘talker.’ We should research and be aware of pro-life voting records. There have been politicians on each side who have said one thing on the issue of life and have done something else.

Voting pro-life first does not mean you should not care about any other issue. Not at all. There are plenty of issues to care about and to use your vote to support or oppose. However, the right to life is so fundamental and the deprivation of that right so grievous that it ought to be of primary importance to every voter at the ballot box. After all, we only have the right to vote because we were first afforded the right to life.

We cannot get caught up in this political polarization of our time and start making excuses for why we voted against life. Many times I hear, “Well, I am pro-life but I had to vote for the best option.” The best option is not someone who supports the murder of the preborn. If we cannot trust a candidate with our children, we cannot trust them with our nation. A candidate that is otherwise a “good” candidate but is not consistently pro-life has failed to take a stand against the greatest human rights abuse in our generation. How can that candidate, therefore, be “good”? Edmund Burke famously said, “The only thing necessary for the triumph of evil is for good men to do nothing.” I would say a “good” man who does nothing in the face of evil is not good – he is culpable of the evil he fails to speak up against.

We cannot advance or progress as a society until we protect our most innocent and vulnerable, the start of humanity, the preborn.

In this election on November 6th, and in every election, lives are at stake. This is our time and we must not be silent. As the great Ronald Reagan once said, “If not us, who? If not now, when?”

Make your voice heard and vote for life.