What Pro-Life is Not 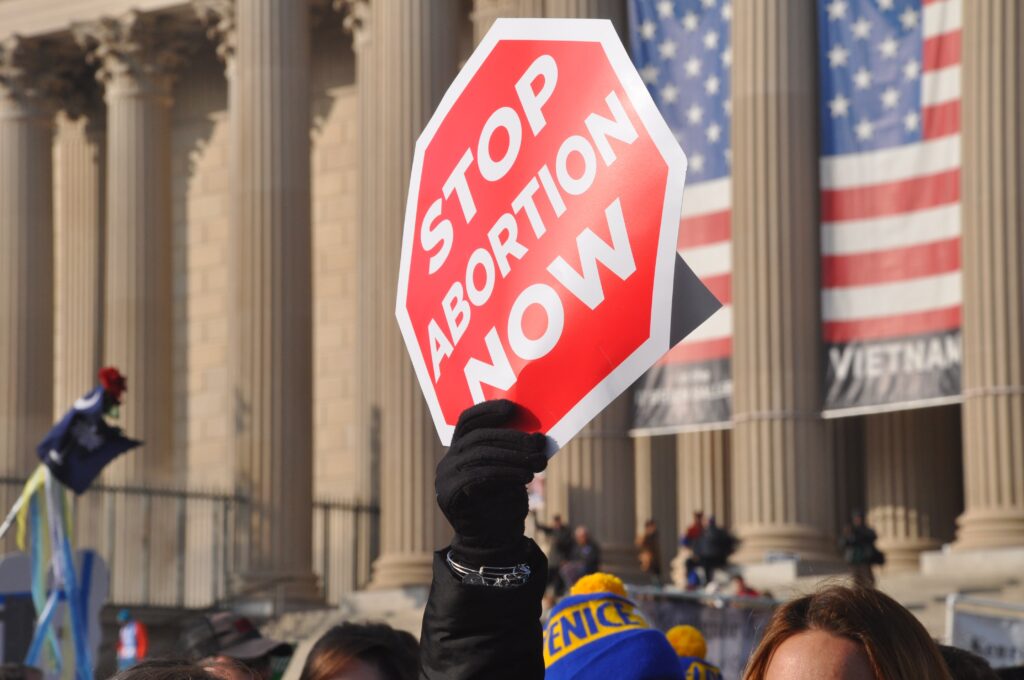 It is simple. Pro-life supporters are against abortion and want the government to inevitably make it illegal. That’s it. The End. It doesn’t apply to immigration, the gun debate, or any other issue.

I joined a Zoom chat recently where pro-choicers were saying that if we are going to call ourselves pro-life, then we have to take a certain stance on other issues. These issues are unrelated to the pro-life position. While the principles of the pro-life position can be ethically applied to other situations, these situations have separate issues that need to be taken into consideration individually. This critique of the pro-life movement is simple, and it is that if you are pro-life you should be pro-gun control, anti-death penalty, etc.  For example, if I were them and using this critique I would say, in the case of gun control, “You are pro-life so you should back gun control because thousands of people are dying from being shot with a gun. Gun control will save lives and since you believe in saving lives, you should support common sense gun control.”

In the Zoom chat, the objection was uncomplicated and adequately refuted that idea. If a pro-choicer says this to you, your reply should simply be to flip it back on them. To flip it back, you should say things like, “You believe in choice so fathers should choose if they pay child support,” or, “You believe in choice so you should support people choosing to pay taxes or not,” or, “You believe in choice so you should support choosing to follow social distancing and other CDC recommended guidelines.” The point of this is to reductio ad absurdum, latin for “reduction to absurdity,” because the argument is absurd. It is also called argumentum ad absurdum, which is where you offer a rebuttal that seeks to show the resulting consequence is ridiculous. We should not make social/cultural movements about more than what they are, based on the name they were dubbed. To understand why it is absurd, we first understand what pro-life/pro-choice is and is not.

Something people like to rag on is “isms,” but those are crucial to defining a set of beliefs and how they are applied to the world around us. Pro-life and pro-choice are not “isms” yet, they are movements. I say yet because “isms” can be birthed from movements, such as how feminism was birthed from the Feminist movement. Even when movements finally do become “isms” they do not always apply to everything.

Take for instance communism and molinism: the philosophy of communism has everything to do with economic practices and nothing to do with theology, whereas molinism only deals with a certain discussion within theology and nothing to do with the economy. Knowing what particular “isms” deal with is crucial to talking about them properly. One does not simply say a molinist should be a communist because molinism deals with freewill; therefore, if you believe in freewill you should support workers owning the means of production. It is patently absurd. Why is it absurd? Dr. William Lane Craig defines molinism as “a way of reconciling divine sovereignty and human freedom.” It is a way of thinking that fits into soteriology (the doctrine of salvation), much like Calvinism and Arminianism.

Now, unless you are a communist and want to stretch molinism to possibly support communism because you see it as being a form of salvation for the working class, you can see just how absurd that is. If you understand why that is absurd, then you will understand why applying such logic to the pro-life movement is absurd. The pro-life stance is that life begins at conception, thus the unborn should be granted the same status as the born, and the main goal is to see abortion made illegal. It also deals with other issues like sex education and adoption as they relate to decreasing abortions and taking care of babies. Immigration, gun control, and the COVID-19 shutdowns are just not pro-life issues; they have little to nothing to do with what the pro-life position entails.

The argument about what pro-life should refer to is not a prominent one you generally hear from informed pro-choice proponents (at least in my experience), but it is something I hear from the pro-choice laymen. Maybe one day the pro-life movement will develop into an “ism,” maybe referred to as Willkeism, named after John and Barbara Willke who wrote Handbook on Abortion that was known as the “Bible of the pro-life movement.” It may integrate into another “ism,” like conservatism, since the DNC is pushing pro-life democrats out of the party. If that happens, maybe we won’t have to hear things like “since you’re pro-life you should support gun control.”

Who knows what the future holds for the movement, but I do know there are some discussions which will need to be finished before it does become an “ism.” Such as, the absurd notion you must be Christian to be pro-life. I do not see the movement as the formation of new ideas or new schools of thought; therefore, I do not see “pro-life” becoming an “ism,” as not all movements become “isms.” Usually ideologies, movements, and other concepts or ideas dealing with philosophy and religion, become “isms.” However, the pro-life movement and arguments for the pro-life viewpoint draw from philosophy, religion, science, and multiple different schools of thought to make their case, thus making it a movement of applied ethics.

We should not try to make names of movements mean more than what they were intended to mean.