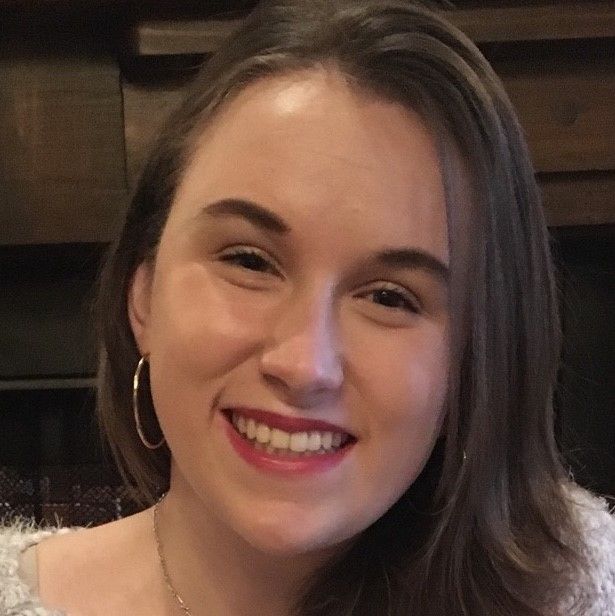 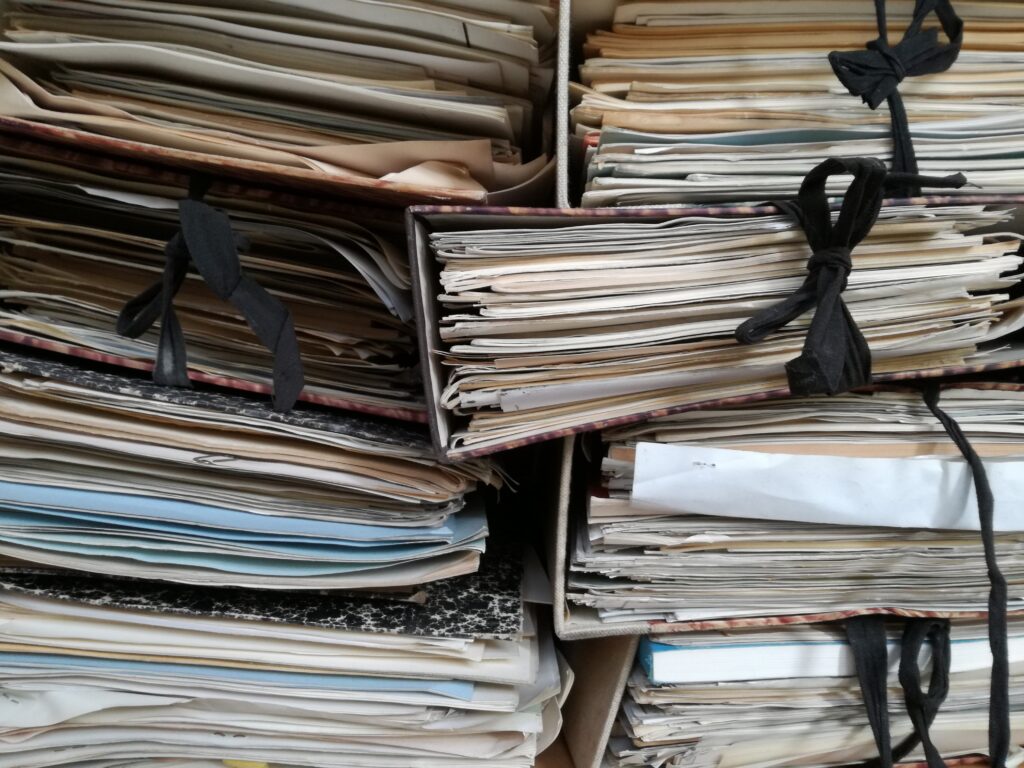 As the battle over abortion continues to wage across the country, clinics have found themselves in the spotlight for the little interest they seem to show in health of women they claim to serve.

Often, abortion clinics are heralded as champions of women’s rights – safe-havens that provide reproductive healthcare services, protect essential rights of privacy, empower the right to choose, and empower the idea of autonomy over a woman’s own body.

Is this really the whole truth? What might be unearthed if this newfound spotlight was taken advantage of and used to explore further into the practices and agenda of the abortion industry, heralded as an emblem of feminism?

Recently, a pro-life organization, Americans United for Life, or AUL, released information containing lists of all the violations brought forth by the respective state departments of health against abortion clinics in each state. This compilation offers intriguing insight and astonishing validation to abortion clinic horror stories.

There are six states with only one abortion clinic remaining in operation; Mississippi is one of these. The pink building on North State Street is the last standing abortion facility in Mississippi. It is called Jackson Women’s Health Organization, or just JWHO, and is cited in the report released by AUL with numerous violations.

Examples of the violations, in Mississippi and those that occurred in other states, are:

JWHO was cited by the Mississippi Department of Health in a statement of deficiencies and a plan of correction, with a “failure to ensure a safe and sanitary environment.”

As stated in AUL’s report, “patients were further exposed to unsanitary conditions by improper water temperatures for laundry, sterilizers not being cleaned monthly, single-use vials being used multiple times and on different patients, vaginal probes not being disinfected between uses, and infectious waste not being stored or disposed of properly.”

JWHO was cited with a “failure to ensure that staff are properly trained for their duties.” Examples of this violation are:

As an example: Willie Parker, a doctor who has been known to provide abortions in Mississippi, lives in Chicago, 750 miles away from his abortion patients. As a result, abortion doctors often do not have local hospital admittance privileges.

Willie Parker is an abortion provider, public figure, and a self-proclaimed women’s rights advocate. As stated in his official website, “his work includes a focus on violence against women, sexual assault prevention, and reproductive health rights through advocacy…” Interestingly, Willie Parker has recently been accused of sexual assault. The irony and the hypocrisy of the abortion industry only continues.

Improper standard of patient care is an issue that is further perpetuated by another citation highlighted in AUL’s report. JWHO was found to have, “unlicensed, unqualified, and untrained staff providing patient care.”

As stated by AUL’s report, “The abortion facility failed to ensure that required medical professionals were present during abortion procedures and when patients were in the facility or could not provide proof of required professional licenses, training, or qualifications.”

The reality that JWHO is little concerned with safety and patient care is only reinforced by the remaining violations detailed in AUL’s report. The last remaining abortion clinic in Mississippi has also been cited with the following violations:

JWHO is also a repeat offender:

Repeat offenders are prevalent in 11 states. Mississippi, with only one abortion clinic left standing, is one of the 11 states. This indicates incredible negligence. Unfortunately, this negligence is not isolated to JWHO.

The owner of JWHO, Diane Derzis, owns two additional abortion facilities, in Richmond, Virginia and Columbus, Georgia. The Virginia abortion clinic, Capitol Women’s Health Clinic, is cited with four of the same violations as JWHO. These violations are:

Derzis previously owned an abortion facility in Birmingham, Alabama that was closed in 2012 by the state health department due to numerous health code violations.

This negligence is not simply isolated to the few abortion clinics that Diane Derzis owns, however. It is a trend, an epidemic of abortion clinic malpractice that pervades every state in the nation. This ugly reality is made abundantly clear by AUL’s report.

On one hand, JWHO and seemingly countless other abortion facilities, have proven a lack of adherence to legally mandated standards of safety, health, and overall patient care. Abortion facilities have fallen short and failed these regulations repeatedly.

On the other hand, many pregnancy resource centers across the nation, including the CPC, are HIPPA and OSHA compliant by self-mandate. In addition, the CPC adheres to strict codes of confidentiality and professionalism by free association with national networks such as: Care Net, Heartbeat International, and The National Institute of Family and Life Advocates. Most pregnancy resource centers belong to at least one of these organizations; and each organization has a set of terms concerning care and competence that must be agreed to in order to secure membership. The CPC is also overseen by an OB/GYN with local hospital admittance privileges and staffed with registered nurses who are both well qualified and properly certified.

In the past, federal judges have blocked abortion bans and kept abortion clinic doors open. One might ask, are state regulations actually beneficial if abortion clinics fail to meet these standards and are aided in this negligence by court rulings? If left to the free market, rather than court rulings, would JWHO still be open? Even more, are abortion facilities helping or harming women?

In recent news, Missouri may become the first abortion free state after the state Department of Health has refused to renew a St. Louis Planned Parenthood’s license. The state Department of Health has declared this abortion facility unfit to be licensed yet, pro-choice activists are labeling this loss tragic, bemoaning the this incredible affront to their rights, and screaming that the legislature must remove themselves from their uteruses.

It almost seems as if pro-choice activists are blind to the discrepancy posed between the abortion industry’s claims of championing women’s rights and their apparent inability to meet minimal standards of safety, health, and overall patient care. It is simply impossible to uphold women’s rights and simultaneously treat women who are seeking help with blatant negligence. Why isn’t this fundamental truth more obvious?

Mississippi is viewed as ground zero in the nation’s battle over abortion. There is no other state in which this discrepancy is more apparent. In the 2016 documentary, Jackson, Diane Derzis was quoted saying, “This [tragic story] is a direct result of the Mississippi legislature trying so desperately to outlaw abortion while ignoring the health of pregnant women.”

One might pose the question to Derzis, does the problem fall upon Mississippi legislature, or does it fall upon you and abortion facility owners like you?

What if the issue is really that abortion facilities are praised for manipulating women into their doors, with empty empowerment about autonomy and choice, and harming them for the sake of monetary gain? In 2017 there were 2,594 abortion procedures performed at JWHO. On JWHO’s website, it states that abortion procedure fees range from $600-$800. Therefore, a conservative estimate would calculate that JWHO earns over $1.5million a year.

In contrast, the CPC is a nonprofit organization that offers free services and strives to offer true empowerment and education concerning all the lifegiving choices a woman really has. If pro-choice activists believe so vehemently in choice, why have they created a society that so often views abortion as the only choice?

Pregnancy resource centers, across the country, are the true safe havens for women – helping women who feel as if abortion is their only option, instead of harming them.

We can arm ourselves with the truth that abortion facilities, like JWHO, operate under a pretense of empowerment, feminism, and healthcare; but, in reality, fail to meet even minimal standards of safety, health, and overall patient care.

The abortion industry is nothing but a poorly disguised agenda of monetary gain and manipulation – an industry that harms women who feel as if abortion is their only option, instead of helping them.

This article is republished with permission from the author. The original article was published July 22, 2019 and can be found here. 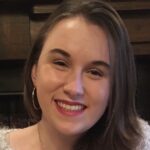