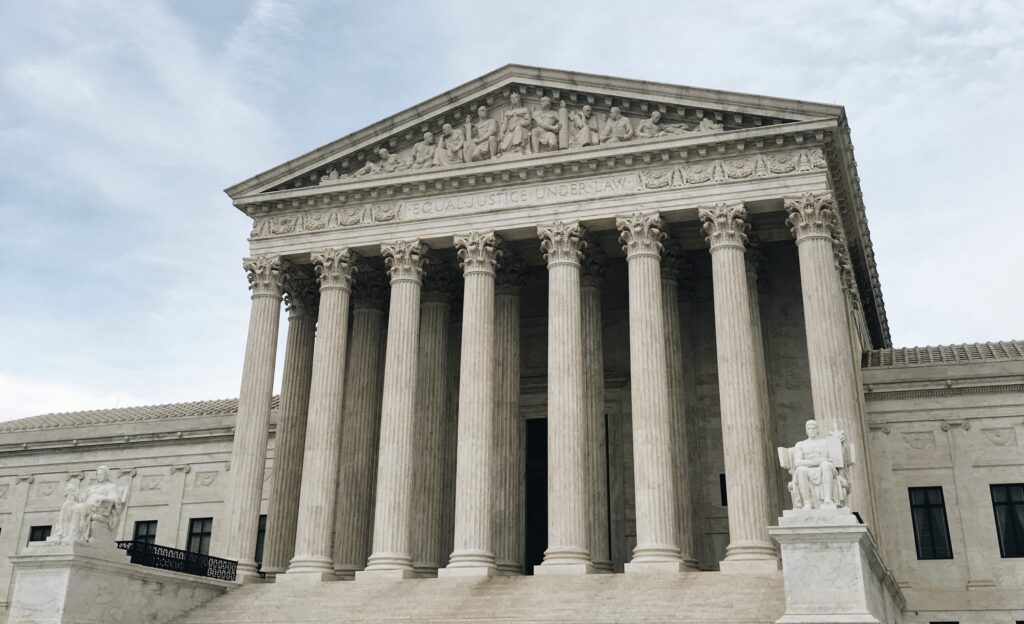 Today in a huge win for the pro-life movement, The Supreme Court ruled 5-4 in favor of the National Institute of Family and Life Advocates (NIFLA) in NILFA v. Becerra.

The ruling strikes down the “Reproductive FACT act,” a 2015 California law which mandated life-affirming pregnancy centers post a notice or sign in their waiting rooms regarding other “immediate free or low-cost access to comprehensive family planning services, prenatal care, and abortion, for eligible women.”

Furthermore, the law stated the notice must be at least 8.5 inches by 12 inches tall and typed in no less than 22-point font or be made available to clients in a digital manner. Pregnancy centers who did not comply with the mandatory notice would be fined $500 for a first time offense and $1,000 for each additional offense thereafter.

NIFLA, a law firm which provides pro-life pregnancy centers with legal counsel and training, initially filed an injunction claiming the law infringed upon the First Amendment rights of freedom of speech and religion of mostly private pregnancy centers.

Supporters of the law argue that it enables women to have accurate information on how to attain medical access and abortion. Meanwhile, pro-life activists say the law forces compelled speech and unconstitutionally requires life-affirming pregnancy centers to advertise abortion when such information is already available elsewhere.

Although the 9th Circuit Court of Appeals rejected the case and upheld the law, the Supreme Court agreed to hear the case in November, solely taking into consideration whether the law infringed upon free speech.

After much deliberation, Justice Clarence Thomas delivered the Opinion of the Court, with the support of Justices John Roberts, Anthony Kennedy, Neil Gorsuch and Samuel Alito.

The case will now be sent back to the lower courts to be reconsidered with the Supreme Court saying, “We hold that petitioners are likely to succeed on the merits of their claim that the FACT Act violates the First Amendment.”

As for now, this victory gives life-affirming pregnancy centers across the United States hope the government will continue to lose when it attempts to force them to promote abortion which they are morally against.

This ruling follows similar laws that have been struck down in Maryland, New York and Texas.

“This is a huge win for the pro-life movement, and for the protection of the first amendment.

Although a big win today, it is absolutely terrifying that 4 Supreme Court Justices believe a pro-life organization should be legally forced to advertise abortion.