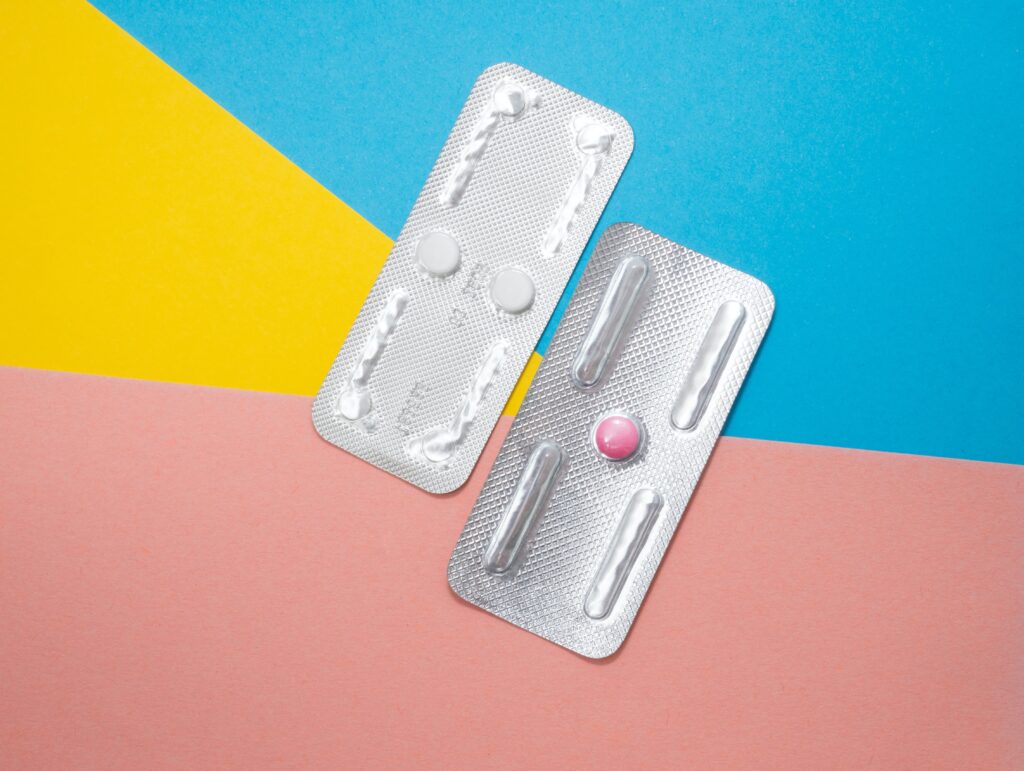 Like Plan B One-Step, My Way, Take Action, Next Choice One Dose, and the myriad other brand name and generic EC pills available for unrestricted sale on store shelves, this one-dose pill contains 1.5 mg levonorgestrel as the main contraceptive ingredient. The drug is approved for use up to 72 hours after unprotected sex, as long as a woman is not already pregnant.

There is nothing really remarkable about Vagisil’s new EC; it’s one in a sea of choices. What is remarkable is Vagisil’s unique approach to marketing its EC. Their focus is on the emotional “security” and “empowerment” their EC pill can give you; Preventeza is lauded as being able to help women:

“Emergency contraception is often misunderstood and carries a societal stigma that we hope to dispel… Preparing yourself for the unexpected is as shameless as it gets!”

“Emergency contraceptives are nothing to be ashamed about; preparing yourself to be in control is a decision you can be proud of.”

In fact, Vagisil seems to imply they are taking up arms for women all over the United States by simply producing another more-expensive brand of the exact same EC which is already available at lower prices in about two dozen other generic brands online and in-store. Their catchphrase is “1-in-2”:

Well, there’s shame, societal stigma, and simply not knowing it’s available, how it works or if it’s safe… to name a few. We’re on a mission to end the stigma unjustly attached to this contraceptive method and provide the information and solutions women need to be in control. So we can all be prepared, not panicked.”

To help bridge this gap (or get a corner on this exploding market), Vagisil has come up with a limited-time offer: buy one pill, get another free. Keep the extra Preventeza for yourself, or give it to another woman.

It all sounds so nice — cheap EC, wanting to reduce stigma and shame, giving empowering messages to women. So what’s the catch?

The catch is twofold. First, the medication itself presents some problems. Second, the message EC is the responsible thing to do and it works well enough to alleviate all panic associated with the natural consequences of sex is a little misleading.

In 2011, research published in the New England Journal of Medicine shows 45% of pregnancies were unplanned. While this is down from 51% in 2008 and such a decrease is certainly good, the research also reveals some disturbing patterns.

The number of unintended pregnancies which ended in birth went down 5% while the number ending in abortion went up 2%, from 40% to 42%. According to the Guttmacher Institute, in 2014, 51% of women who got an abortion were using contraception the same month they got pregnant.

Emergency contraception may work far less often than originally thought, and will not help these 1-in-2 numbers like Vagisil is claiming. In fact, studies show the efficacy of the levonorgestrel pill has a very wide range: from 52%-100%. This is certainly less than the 80-something percent the pill’s website touts. In fact, “the most effective ECP [emergency contraception pill] option in the United States and Europe” is an antiprogestin called ulipristal acetate, and it only has a reported efficacy rate of 62%-85%.

For levonorgestrel, the efficacy largely rests on when in a woman’s monthly cycle it is taken. Newer studies use much better technology than what was available in the early 90’s to determine when a woman has actually ovulated. Transvaginal ultrasounds can be used to measure the size of an ovarian follicle and when it has erupted, signalling the release of the egg from the follicle.

A review of two large studies (388 women and 450 women) done in 2010 and 2011 states levonorgestrel given before ovulation day but still in the fertile window (2-3 days before ovulation) has an 80%-92% failure rate to stop ovulation from happening. Yet this is the mechanism of action most EC pill websites state is the main method of preventing pregnancy. Those statements are based on older, smaller, and less accurate studies. In the 2010 and 2011 studies, for women who took levonorgestrel EC before their ovulation date and still ovulated, it was calculated that 13 and 16 pregnancies were expected to occur, respectively. However, of those 29 expected pregnancies, none occurred.

This suggests a post-ovulation mechanism of action. Now, when levonorgestrel EC was taken the day of ovulation or after, but still in the fertile window (2-3 days after ovulation), six out of seven expected pregnancies occurred! This suggests that levonorgestrel has no effect on pregnancy after ovulation has occurred. There are several other studies in this review and this one which corroborate these results.

In summary, in the days prior to the fertile window, when chance of pregnancy is already very low, levonorgestrel may delay ovulation. However, when taken in the fertile window prior to ovulation, no delay of ovulation was induced, but pregnancy was limited. Finally, when taken on the day of or post-ovulation, conception and implantation did not seem to be affected at all. These studies are backed up by a growing body of evidence.

So what about the second-most-common mechanism touted on EC pill websites to prevent pregnancy — the thickening of cervical mucus and preventing sperm from being able to fertilize an egg? Well, studies testing that very hypothesis were done in 2002, 2005, and 2007. They all found the pill did nothing to stop sperm from being able to enter the uterus and does little to nothing to prevent  fertilization of an egg. The only time sperm function was affected by levonorgestrel was at drug concentrations higher than the current approved regimen.

So, the pill Vagisil and other companies are pushing as the safety-net for unprotected sex is not a great safety net. It is much less effective, on average, than just using a condom.

Additionally, there is evidence to suggest women will have unprotected sex and not use the EC pill even if given a supply of EC beforehand! This really takes away from the power of Vagisil’s have-one-on-hand-just-in-case message. Why might that be?

Most studies don’t even touch on this finding, but one randomized trial showed women given free EC pills in advance of need were more likely in the following year to get pregnant from “contraceptive failure,” the theory being “unrestricted access to ECPs [emergency contraceptive pills] in this trial may have increased the frequency of coital acts with the potential to lead to pregnancy.”

Research also suggests, “Although ECPs are effective at reducing pregnancy risk for individuals, they have not been shown to reduce rates of unintended pregnancy or abortion at the population level.”

It looks like the reduction of the 1-in-2 number of unintended pregnancies is not going to happen with Vagisil’s plan.

Vagisil is running an ad campaign for EC which sorely needs updates in its science to reflect the true efficacy and methods of action of the drug they are trying to sell. They also need to recognize their feel-good message will do nothing at all to help the 1-in-2 women facing an unplanned pregnancy. In fact, their promotion of EC, if it leads to higher amounts of EC on-hand in advance of sex, may serve to do the very opposite of what they are attempting.