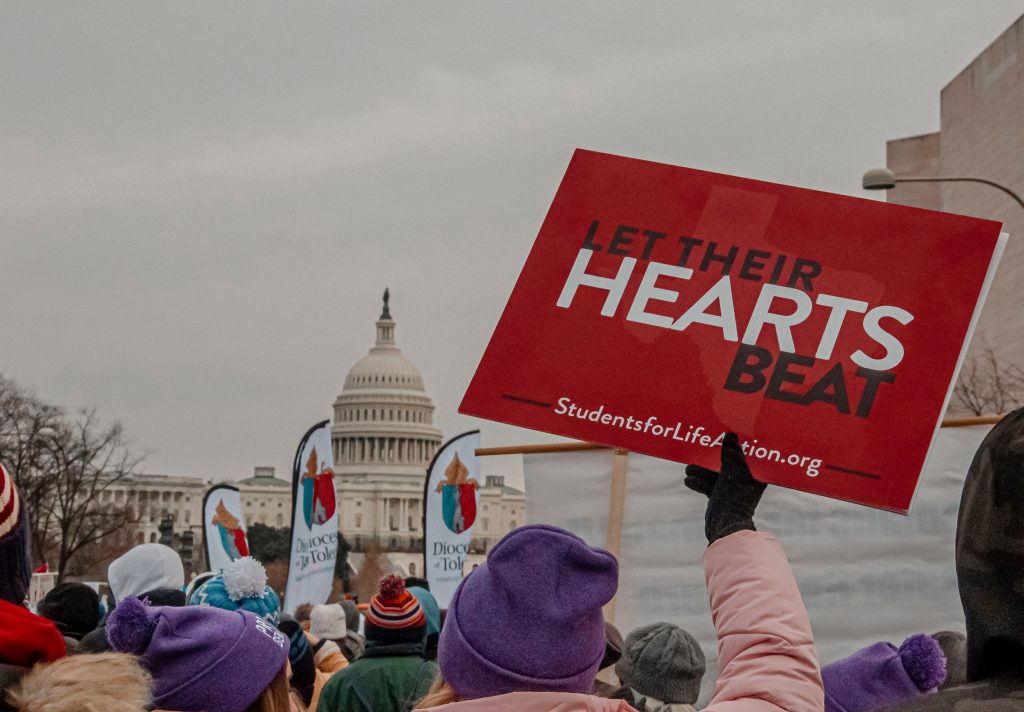 In an unprecedented leak of a Supreme Court draft opinion in Dobbs v. Jackson Women’s Health Organization, it appears that a majority of Supreme Court Justices have voted to overturn the 49-year-old ruling in Roe v. Wade, as well as the 1992 decision of Planned Parenthood v. Casey. The full draft can be found here.

A Look At Dobbs

Dobbs concerns the constitutionality of Mississippi’s Gestational Age Act, a 15-week ban on abortions. In support of the Act, the Mississippi legislature made a series of factual findings including:

The legislature also “found that most abortions after fifteen weeks employ ‘dilation and evacuation procedures which involve the use of surgical instruments to crush and tear the unborn child,’ and it concluded that the ‘intentional commitment of such acts for nontherapeutic or elective reasons is a barbaric practice, dangerous for the maternal patient, and demeaning to the medical profession.’”

Upon the challenge filed by an abortion facility, the District Court enjoined the enforcement of the Act because 15 weeks gestation is before the legally recognized distinction of fetal viability, thus, five weeks before the State can constitutionally justify a legislative ban on abortion. The Fifth Circuit Court of Appeals affirmed the District Court’s ruling and Petitioners appealed to the Supreme Court.

A Brief History of Roe and Casey

In the case of Roe v. Wade, the Court struck down a Texas law which banned abortions and created a federally protected right to abortion. To do so, the Court carved out a woman’s “right” to abortion using a purported “right to privacy” which was deemed as inherent in the Due Process Clause of the Fourteenth Amendment. The right to privacy was created in a prior case, Griswold v. Connecticut, which involved the use of contraception between married couples.

In Roe, Justice Harry Blackmun laid out a trimester system where in the:

Essentially, according to Roe, no state can prevent a woman from obtaining an abortion before the legal viability of the fetus, which, at the time, was considered between 24 and 28 weeks gestation.

In Planned Parenthood of Southeastern Pennsylvania v. Casey, the Court ruled that no state can place an undue burden on a woman’s right to obtain an abortion before a fetus attains viability. The case stemmed from a Pennsylvania law with five provisions regarding obtaining an abortion: (1) A doctor must inform a mother about the potential negative impacts of abortion on her health, (2) spousal notice, (3) parental consent, (4) 24-hour waiting period between deciding to have an abortion and the actual abortion procedure, and (5) abortion facility reporting requirements. In a plurality opinion issued by Justice Sandra Day O’Connor, the Court reaffirmed the core holding of Roe–that a woman has a right to an abortion; however, it eliminated the trimester approach, noting that viability has been shown to be earlier than the third trimester, and could possibly become earlier in pregnancy with future medical advancements.

Additionally, Casey replaced Roe’s strict scrutiny standard of review with an undue burden requirement. In other words, states did not have to show a compelling state interest and make their restrictions narrowly tailored to achieve that interest. They only had to show that their laws restricting abortions did not place an undue burden on the mother in obtaining an abortion.

The Court’s intention behind the changes it made to Roe’s framework seemed to be a compromise. Many looked at it as a win for the pro-life movement; however, the Court punted, so to speak, and relied on stare decisis–or the legal notion that prior decisions be upheld because they are looked at as precedent–to uphold Roe regardless of if the majority believed it was correctly decided.

Thus, the so-called constitutional right to an abortion was created on pillars of sand, giving hope to those who believe in the right to life. Recently, many state legislatures have passed stricter pro-life laws, and many governors have signed stricter abortion laws. Pro-life legislatures, governors, and attorney generals know that Roe’s foundation is weak and that the right case would eventually come before the right Supreme Court, which leads us to Dobbs.

An Unprecedented Leak: The Draft Opinion

The Supreme Court heard oral arguments in Dobbs on December 1, 2021, and is set to release its official opinion in the case by the end of its session this summer.

In the leaked February draft opinion, which was authenticated by Chief Justice Roberts, Justice Alito states that “Roe and Casey must be overruled” because the Constitution “makes no reference to abortion” and that the right to abortion is not implicitly applied by any other Constitutional provision, specifically the Fourteenth Amendment. He explains that the Due Process Clause of the Fourteenth Amendment has previously guaranteed rights that are not explicitly mentioned in the Constitution, but those rights must be “deeply rooted in this Nation’s history and tradition.” He writes that abortion does not fall in this category because it was not recognized in American law until the latter part of the 20th Century. In the leaked draft, Justice Alito references the legal history of abortion in America. He references amicus briefs which argue that early supporters of abortion were motivated by suppressing minority populations. He also addresses the common argument from pro-abortion activists that women will be inhibited from living both the social and professional lives they desire, as well as the response from pro-life activists that the attitude with respect to the pregnancy of unwed women has changed, that maternity leave is now guaranteed, and both federal and state laws ban discrimination on the basis of pregnancy.

Further, the right to abortion is not “implicit in the concept of ordered liberty” and is “fundamentally different” than such rights recognized by past decisions because abortion “destroys what [Roe and Casey] called ‘fetal human life’ and what the [Mississippi law] describes as an ‘unborn human being.’” This distinguishes abortion from the reasoning behind the initial creation of the right to privacy in Griswold, which stated that married couples have a right to privacy surrounding the decisions involving sex and the use of contraception within their marriage.

Justice Alito goes on to write that stare decisis “does not compel unending adherence to Roe’s abuse of judicial authority.” He notes that the Court has held that “stare decisis is ‘not an inexorable command’ and it ‘is at its weakest when we interpret the Constitution.’” (Internal citations omitted).

He refers to the well-known Brown v. Board of Education which overruled Plessy v. Ferguson’s separate-but-equal rule regarding racial segregation. When discussing overruling past precedents, he also references a case that set a minimum wage for women and a case that ruled that public school students could not be compelled to salute the flag.

Noting if the Court did not overturn past decisions, America would be a completely different country. Justice Alito writes that there are factors to consider in overruling past precedent before listing the five factors that “weigh strongly in favor of overruling Roe and Casey….” These factors are: “the nature of their error, the equality of their reasoning, the ‘workability’ of the rules they imposed on the country, their disruptive effect on other areas of the law, and the absence of concrete reliance.” In sum, he states, “Roe was egregiously wrong from the start. Its reasoning was exceptionally weak, and the decision has had damaging consequences. And far from bringing about a national settlement of the abortion issue, Roe and Casey have enflamed debate and deepened division.”

Pushing Back Against Public Pressure

As we have already seen, this leaked decision has caused protests and heated discourse regarding abortion. However, Justice Alito stated in the draft that the members of the Court “cannot allow [their] decisions to be affected by any extraneous influences such as concern about the public’s reaction to [their] work.” He goes on to say that the Court “[does] not pretend to know how our political system or society will respond to today’s decision overruling Roe and Casey. And even if [the Court] could foresee what will happen, [the Justices] would have no authority to let that knowledge influence [their] decision.”

The leak is unprecedented. Never in the history of the United States Supreme Court has there been a breach like this. What happens now remains to be seen. This is just a draft. It is not the official opinion. It was sent to other members of the Court in February for review. Other Justices have and will continue to have the ability to submit their own edits, concurrences, and dissents. We will not know the official ruling until the Court releases its opinion.

Preparing for a Post-Roe Nation

If this decision holds, there are 22 states in which abortion would become illegal altogether or substantially restricted and another four states in which it is likely bills prohibiting abortions will be signed into law. This highlights the importance of local elections and supporting pro-life candidates in future elections.

If this opinion becomes official, we expect to see a rise in requests for help from mothers in crisis at Human Defense Initiative and at pregnancy centers throughout the United States. One way to show support for the Court’s decision is to show support for the organizations that do all they can to help mothers choose life, including educating the younger generation about the value of human life and assisting mothers in need.

This will be a huge step in the fight for life. However, we must remember that this decision only places the onus back on state elected officials. It does not solve the crux of the problem: abortion is the taking of innocent life. That is a question of right or wrong, not Republican or Democrat. We must continue fighting for the unborn and most vulnerable until abortion is not only illegal but unthinkable. 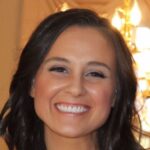