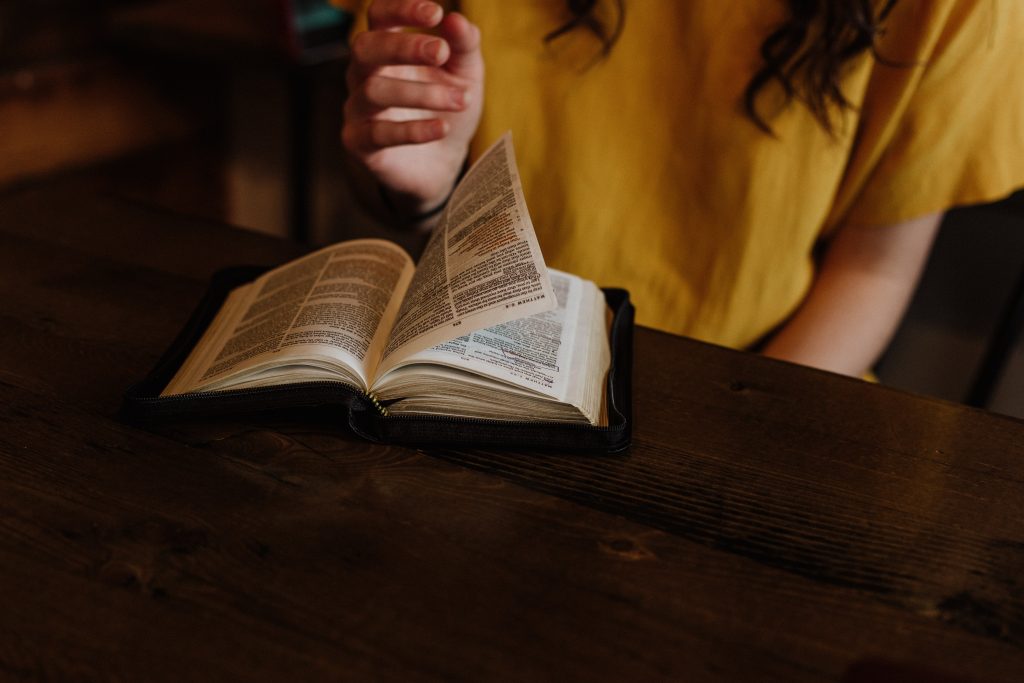 There have been claims made by some in the Christian community that Roe being overturned is a distraction from the real issues at hand. There have been Christians lamenting the reversal. It’s been said that focusing on laws and overturning court cases is not the answer to reducing or eliminating abortion. A host of other social issues are presented with the claim that caring for human beings means we need to focus on basically every other issue except making laws that protect unborn children from violence. Hearing this come from people who call themselves Christians is disheartening.

Of course there are many other issues to care about. Of course women and their circumstances matter and merit our attention and concern. Pro-life advocates’ concerns are not just about making abortion illegal, though that is a crucial part of this issue. We understand there are other issues to solve. But working to protect innocent human beings from violence is not a distraction. It is a very worthy thing to focus on.

It’s often helpful to insert another injustice in place of the word abortion and see if it still makes sense. Would Christians be saying it’s a “distraction” to overturn a court case that made killing newborn infants acceptable?

Let’s say the Supreme Court issued a ruling fifty years ago that said newborn infants up until six months were not persons; they were just “potential life.” Based on this, various states had laws regarding the ability for mothers to kill their infants. Say around 60 million infants had been killed under the shadow of that ruling. Would any Christian say that overturning such a decision was a distraction?

Or suppose sex trafficking has been legal in this country and the Supreme Court just handed down a ruling that now allowed states to make it illegal protecting the victims of that injustice. Would anyone say that was a “distraction” from the real issues behind sex trafficking? Would they say we should just focus on other things that would reduce sex-trafficking? Of course not.

Making advances in having legal protections for unborn children is not something to lament. As Christians, we know human beings are created with intentionality and purpose in the womb. Human value and treatment matters to God. We are called to love our neighbors, and the unborn are included in that.

Since Bible literacy is incredibly low, perhaps much of the confusion and unbiblical response surrounding the Dobbs decision is due to not understanding what the Bible actually says about abortion. With a poor ability to apply Scripture’s teaching to issues in our culture, many allege that because the Bible doesn’t explicitly mention abortion, it doesn’t say anything about it.

This is bad hermeneutics. The Bible doesn’t explicitly mention a lot of things. It doesn’t explicitly say sex-trafficking or spousal abuse is wrong. But anyone who has a rudimentary knowledge of the Bible knows it doesn’t condone those actions. It doesn’t follow that just because those specific words don’t appear in the text, that the Bible has nothing to say about those issues. Scripture clearly condemns those things as it does abortion.

God created human beings in Genesis and he set them apart from the rest of creation by making them in His image. Human beings following Adam and Eve begin their life in the womb. (Not at first breath as some claim). How we treat image bearers of God matters to Him. Throughout the Old Testament, one of the reasons God judged Israel and the surrounding nations was due to how they treated children. They killed them by burning them to death as sacrifices. God said that type of thing never even entered His mind. (Jer. 19:5)

Furthermore, Jesus as an embryo and John the baptist as a fetus in Luke are associated with their adult selves later in life. There is no distinction made between unborn humans and the humans that emerge from the womb that would justify killing unborn children.

If there is still confusion over what the Bible says, here are more resources to explore regarding the Bible’s clear position on abortion: Stand to Reason, Desiring God, Christianity Today, World Magazine.

I know there’s a lot of concern about women, their support systems, and access to resources. Raising those issues and acting like legal abortion somehow aids those challenges is incredibly misguided. I’m concerned that so many fellow Christians have unintentionally accepted the lie that unborn children aren’t really equal to the rest of us. If killing newborn infants isn’t a good solution for poverty, financial issues, domestic violence, or issues in the healthcare system, then legal abortion isn’t a solution either. If you think that abortion is somehow a necessary evil to alleviate suffering for those outside the womb, I would encourage you to consider the fact that you have accepted the lie that unborn children are not fully human and deserving of the most basic right to be protected from violence.

Perhaps concern over Roe being overturned is that women won’t be able to get medical care for certain medical emergencies, namely ectopic pregnancies and miscarriages. Perhaps it’s seen as not loving towards women to support these laws. If this was the case, I’d be concerned as well. I don’t support laws that prevent women from getting medical care for ectopic pregnancies and miscarriages because I believe the woman’s life is equal to the unborn child’s.

The fact is, it is absolutely not true that women are prohibited from being treated for these medical emergencies. I encourage anyone who is concerned about this to actually read the text of the laws yourself instead of listening to the abortion lobby, blue check marks on twitter, and the media who are lying and/or engaging in fear mongering. All of the current laws make exceptions for these types of situations.

So, if women are being denied care, then the issues lie with the hospitals, doctors, pharmacies or ethics committees who may be refusing to provide care in the face of laws that have explicit exceptions for these situations. The law is not at fault here.

Overturning Roe was a monumental step in the right direction as it stripped away the rights of unborn humans, denying their basic right to be protected from violence. It led to more than 60 million humans being slaughtered. It’s not a distraction to reverse such a decision. There were challenges before Roe and there are challenges after. Dobbs and state laws aren’t meant to specifically address every single social problem.

Many Christians functionally behave like the priest and the Levite in the parable of the Good Samaritan. They have “passed by the other side” of the road leaving unborn children to die while they tell those who are working to save the unborn humans from violence to “focus” on other issues if they really cared about children.

It’s not helping anyone to keep laws/decisions in place that dehumanize image bearers of God. Christians, of all people, should know better. It’s a grave mistake to think that working to legally protect the unborn from violence is not a prerogative of God who calls us to act justly, love mercy, and to walk humbly with Him. (Micah 6:8)

To my fellow believers who are saddened and upset by Roe’s reversal, I encourage you to reconsider what abortion actually is. Have you forgotten the brutality of it? Have you forgotten that our unborn neighbors have no avenue of defense while a doctor goes into the womb and tears apart their little body until there is no life left? Have you forgotten the clear teaching of Scripture that taking the life of another human being is an assault on God himself? Have you forgotten the high calling God has placed on our lives? We are meant to love others and protect them. One of the most basic ways to do that is to support laws that protect humans from harm.

If you have been largely silent about the mass killing of unborn children, but suddenly find yourself willing to criticize a decision and new laws in place that protect unborn children from violence, you need to reconsider the fact that maybe your position isn’t protecting and defending the “least of these” at all. In fact, it’s enabling their killing and that is in dramatic conflict with Christian morality and Jesus’ teachings.

Abortion is violence. Killing defenseless human beings who have equal rights to the rest of us is not a solution to the many challenges we face in our world. Striving for justice, at a minimum, means protecting humans from harm and violence.  Laws against abortion do just that.