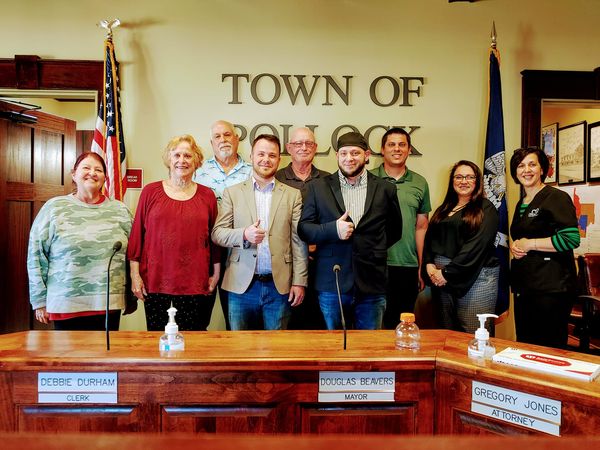 This article was originally published at Pregnancy Help News March 31, 2022 and is reprinted here with permission.

While the Federal Government debates abortion, local governments across the nation including in Texas, Nebraska, Ohio, and now Louisiana have passed ordinances outlawing abortion. This last week, Shallowater, Texas; Pollock, Louisiana; and Lindale, Texas became the latest to declare themselves Sanctuary Cities for the Unborn.

The ordinance prohibits any type of abortion from being procured, performed, aided, or abetted within the city of Shallowater, Texas. It also outlaws anyone from possessing or distributing abortion-inducing drugs such as mifepristone and misoprostol, declaring them to be contraband.

However, the ordinance specifically outlines that procedures done to save the life of the mother, remove an ectopic pregnancy, or remove a child who died due to accidental miscarriage are not considered an abortion. It is also made clear the term abortion-inducing drugs does not include birth control or emergency contraceptives.

1. employers and insurers to arrange for coverage of abortions in Texas

2. individuals and organizations to knowingly provide transportation to or from a Texas abortion provider

3. individuals and organizations to knowingly pay for another person’s abortion in Texas, including donating money to abortion funds and abortion-assistance organizations that aid or abet abortions performed in Texas

4. individuals and organizations to offer or provide “abortion doula” services in Texas

Additionally, the ordinance outlines that while the city, including city officials, cannot enforce the ordinance until Roe v. Wade is overturned, in the meantime, the ordinance is enforceable by private citizens much like the Texas Heartbeat Act. Private citizens can civilly sue any person or entity that violates this ordinance, except the “mother of the unborn child that has been aborted, or the pregnant woman who sought or seeks to abort her unborn child” for court fees and statutory damages of not less than $2,000 for each offense.

The ordinance in Shallowater comes after another Sanctuary City in the same county, Lubbock, survived legal challenges allowing its ordinance to stand.

Just one day later on March 23, 2022, Pollock became the first town in Louisiana, and the 46th city in the nation, to outlaw abortion after the Pollock Town Council passed an ordinance in a vote of 4-1. Although the current population of Pollock is only 473, pro-life advocates hope this move inspires other cities, and possibly larger cities, throughout Louisiana to also take a stand for the unborn.

Like the ordinance in Shallowater, Texas, the ordinance in Pollock prohibits any type of abortion from being procured, performed, aided, or abetted as well as possessing or distributing abortion-inducing drugs within the city of Pollock. The ordinance also notes procedures performed to save the life of the mother including removing an ectopic pregnancy do not count as abortions and birth control and emergency contraceptives do not count under the ban on abortion-inducing drugs.

Like other ordinances, Pollock recognizes the ordinance can only be enforced through private-citizen enforcement. Through this method of enforcement, Pollock states any person other than an officer or employee of a local or state governmental agency in the state of Louisiana may bring a civil action in state court against any person who violates or intends to violate the ordinance except the mother of the unborn child. Upon a successful lawsuit, the defendant would be ordered to pay court and attorney fees as well as at least $10,000, and possibly nominal and compensatory damages for each offense.

Under the ordinance, Pollock also recognizes an offense of aiding and abetting includes coercing or pressuring a pregnant woman to have an abortion or providing referrals to an abortion provider.

Tweet This: Cities in Texas, Nebraska, Ohio & Louisiana have passed ordinances outlawing abortion, declaring themselves Sanctuary Cities for the Unborn

After more than two years of pushing for an ordinance, on March 24, 2022, Lindale, Texas, became the 47th city in the nation and 42nd city in Texas to outlaw abortion within its city limits, passing an enforceable ordinance with a 4-0 vote.

The first time the Lindale City Council heard a pitch from residents seeking to pass an ordinance outlawing abortion was January 7, 2020, followed by a second and third pitch on January 21, 2020, and February 4, 2020, respectively. After the fourth pitch, Lindale passed a non-binding resolution that the residents never asked for. Therefore, in January 2022, Lindale residents filed a citizen initiative petition which received a public hearing and led to the city becoming the first city to pass an ordinance through a city council vote as a result of citizen initiative petition.

Lindale’s ordinance is practically a carbon copy of Shallowater’s ordinance, providing all of the same exceptions as well as prohibiting any type of abortion from being procured, performed, aided, or abetted or anyone from possessing abortion-inducing drugs within the city limits. The ordinance also relies on private-citizen enforcement and allows anyone except for state or local officials or anyone who impregnated the mother of the child through rape, incest, or other unlawful act to civilly sue anyone except the mother of the child, for attorney fees and not less than $10,000 for each offense.

An online petition on the Sanctuary Cities for the Unborn Initiative is available HERE.

Note: Featured photo is courtesy of Mark Lee Dickson, the founder of the Sanctuary Cities for the Unborn Initiative.