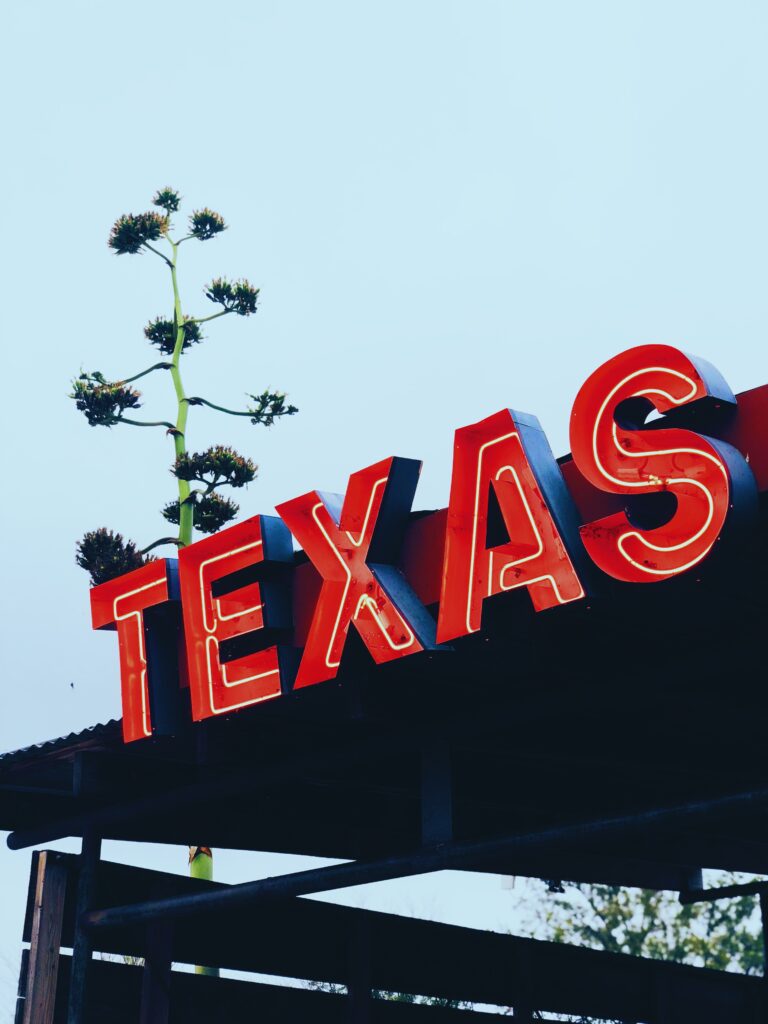 Originally published at Secular Pro-Life on Sep 29, 2021 and reprinted here with permission

After passage of the Texas Heartbeat Act (Senate Bill 8), numerous misinformation campaigns have led to confusion among the general public as to what the legislation covers and how violations are handled. Because of this, I have encountered several of the same questions and inaccurate statements repeated on social media over the past couple months. The following responses address some of these questions.

1. What is excluded from the definition of “abortion”?

Health and Safety Code already defines abortions under Sec. 245.002, and the Act did not amend them. Subsection (1) states:

(1) “Abortion” means the act of using or prescribing an instrument, a drug, a medicine, or any other substance, device, or means with the intent to cause the death of an unborn child of a woman known to be pregnant. The term does not include birth control devices or oral contraceptives. An act is not an abortion if the act is done with the intent to:

(A) save the life or preserve the health of an unborn child;

(B) remove a dead, unborn child whose death was caused by spontaneous abortion; or

This definition is similar to those across the entire United States, as treatment for ectopic pregnancies and post-miscarriage treatment are not criminal acts in any jurisdiction. The laws solely address intentional acts of feticide.

2. How are medical emergencies handled?

The legislation declares for Health and Safety Code §171.203-§171.205 that abortions performed or induced for legitimate medical emergencies are exempted from prosecution. They must be logged in the woman’s medical records and retained in the physician’s own practice records.

The existing Sec. 171.002 defines what would be considered a medical emergency:

(3)  “Medical emergency” means a life-threatening physical condition aggravated by, caused by, or arising from a pregnancy that, as certified by a physician, places the woman in danger of death or a serious risk of substantial impairment of a major bodily function unless an abortion is performed.

3. How are fetal anomalies addressed?

The Texas Heartbeat Act is silent on fetal anomalies of any type, so an unborn child with Down syndrome, spina bifida, hydrocephalus, or other conditions is protected from abortion, unless the pregnant woman’s life is in danger.

4. Could women be sued for procuring abortions in Texas?

(b) This subchapter may not be construed to:

(2) wholly or partly repeal, either expressly or by implication, any other statute that regulates or prohibits abortion, including Chapter 6-1/2, Title 71, Revised Statutes;

(b) A penalty may not be assessed under this section against a pregnant woman who receives a medical abortion.

(d) This subchapter may not be construed to:

(1) authorize the prosecution of or a cause of action to be brought against a woman on whom an abortion is performed or induced in violation of this subchapter;

5. Could women be sued or held liable for leaving Texas to procure abortions in another state or country?

There would be no civil or criminal liabilities within Texas for women receiving abortions, so any such liabilities would fall under the jurisdictions where the abortions take place. Holding women liable for abortions is very rare in any nations following English common law (as the US does when no statutory law exists to the contrary).

Of all 50 states, the only ones that explicitly allow for women to be criminally liable for abortions are:

6. Could taxi drivers and rideshare drivers be liable for transporting women to receive abortions?

This would take a very liberal interpretation of the new Sec. 171.208(a) to include drivers under “any person who…”

Drivers are multiple degrees separated from (2) aiding or abetting “performance or inducement” of abortions, and they are not (3) intending such action by transporting customers between locations.

The claim that drivers would be liable was little more than a publicity stunt by Lyft to inject themselves into discussion on the legislation. In their press release, they were very careful to avoid use of the word “abortion” and repeatedly hid behind euphemisns like “healthcare they need,” “healthcare appointment,” “healthcare access,” etc. This made the Texas Heartbeat Act seem like its purpose was to block women from seeing their OB/GYNs or other healthcare practitioners.

Lyft also made it clear that drivers and riders should follow a don’t-ask-don’t-tell policy for any illegal activities. The press release closed out with an announcement of a legal defense fund for drivers ferrying women in violation of the Texas Heartbeat Act, a $1 million donation to Planned Parenthood, and a link (with tracking parameters in the URL) for individuals to further donate to Planned Parenthood.

7. Could the rapist of a woman receiving an abortion sue the physician or anyone else involved for $10,000?

Notwithstanding any other law, a civil action under this section may not be brought by a person who impregnated the abortion patient through an act of rape, sexual assault, incest, or any other act prohibited by Sections 22.011, 22.021, or 25.02, Penal Code.

8. Can anyone claim “bounty” after an abortion is performed?

What makes the Texas Heartbeat Act unique among fetal heartbeat legislation is that it declares any non-government individual to have standing to sue. The claims of open bounty on abortion clinics are exaggerated, as generally only those close enough to the acts would have enough evidence to merit lawsuits. Presumably, those close enough would include the women who had the abortions, the father of the unborn children, any relatives or guardians of either, and possibly those within their inner circles.

A random individual would have difficulty presenting a strong case, particularly with HIPAA laws and Texas’ own privacy laws concerning abortion reporting under Chapter 171 of the Health and Safety Codes. Any individual performing or inducing abortions who provides enough details to the general public about specific violations would likely be in violation of several other laws, as well.

Any lawsuit would also have to follow established legal procedures in the state under the Civil Practice and Remedies Code, Code of Criminal Procedure, and any other applicable areas of the Revised Statutes. A state-wide free-for-all to claim $10,000 per violation is not likely, as a claimant would have to pay court fees and attorney fees on a lawsuit with dubious chance of actually succeeding. Plus, an award is only available once per violation (Sec. 171.208(c)).

On September 18, 2021, abortionist Alan Braid wrote an article for The Washington Post in which he admitted to violating the law. He was careful to avoid publicly disclosing specific details, but two individuals residing out of state (Oscar Stilley and Felipe N Gomez), nevertheless, filed lawsuits against him to test the law.  As these cases are still pending, their merits are difficult to determine.

9. What method must be used to determine the fetal heartbeat?

Section 3 of the Act adds Sec. 171.203 to the Health and Safety Code, which describes the means as being “standard medical practice”:

(a) For the purposes of determining the presence of a fetal heartbeat under this section, “standard medical practice” includes employing the appropriate means of detecting the heartbeat based on the estimated gestational age of the unborn child and the condition of the woman and her pregnancy.

(b) Except as provided by Section 171.205, a physician may not knowingly perform or induce an abortion on a pregnant woman unless the physician has determined, in accordance with this section, whether the woman’s unborn child has a detectable fetal heartbeat.

(c) In making a determination under Subsection (b), the physician must use a test that is:

(1) consistent with the physician’s good faith and reasonable understanding of standard medical practice; and

(2) appropriate for the estimated gestational age of the unborn child and the condition of the pregnant woman and her pregnancy.

Any specific requirements for methods fall outside the scope of the legislation and within any medical licensing boards of medical associations.

10. How far into pregnancy does the abortion ban take effect?

Based upon the definitions in the new Health and Safety Code Sec. 171.201, there is no specific time period, as the ban is based upon the ability to detect a fetal heartbeat, using “standard medical practice.” From subsection 1:

“Fetal heartbeat” specifically means cardiac activity or the steady and repetitive rhythmic contraction of the fetal heart within the gestational sac.

Even though the term used is “fetal heartbeat,” the scope of the law includes embryos, based on subsection 7:

“Unborn child” means a human fetus or embryo in any stage of gestation from fertilization until birth.

The actual method of detecting the heartbeat of the embryo or fetus relies on the discretion of the one conducting the test.

Sec. 171.203 requires a physician to record the method of detecting the fetal heartbeat and the estimated gestational age. Presumably, this would reduce purposeful attempts of deceit to circumvent the law.

11. Did the Texas legislature increase funding to social programs within the Texas Heartbeat Act?

Though not part of the same legislation, the state’s budget increased several social programs for the year.

The “Alternatives to Abortion” program under the Texas Health and Human Services has seen a budget increase every two years since its inception. For the 2022-2023 biennial budget earlier this year, there was a 25% increase from $80 million to $100 million.  This program addresses financial and material needs of pregnant women and parents. The website lists examples of services:

Additionally, the budget increased the following:

Editor’s note: for more reading on the Texas Heartbeat Act which is now law, there are a couple of other excellent resources helping explain the law: