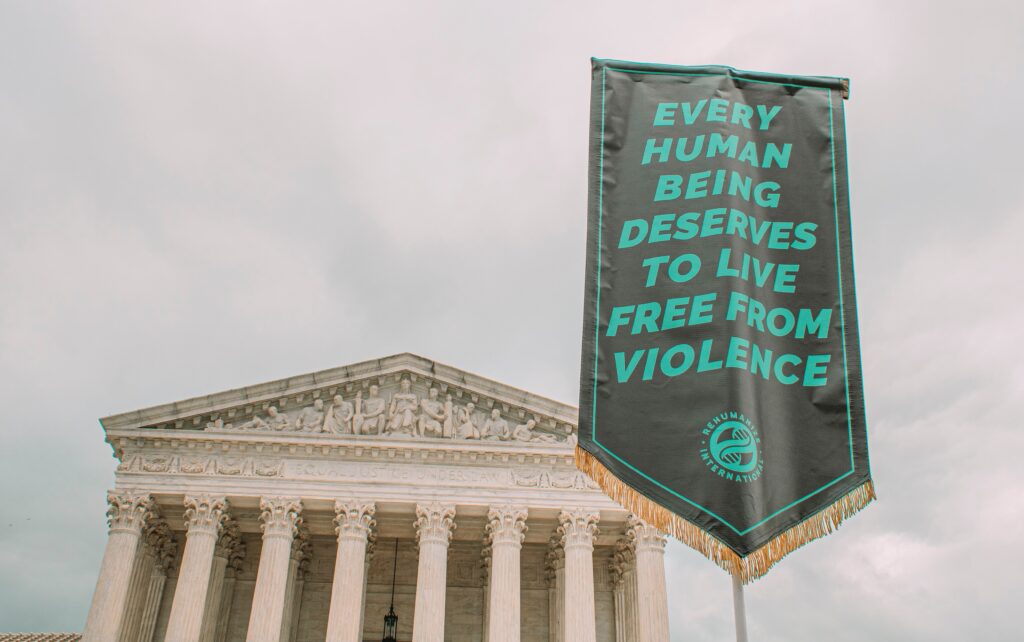 Today, December 10, 2021, the Supreme Court of the United States (SCOTUS) finally released its long-awaited opinions in the cases of Whole Women’s Health v. Jackson (not to be confused with the Dobbs v. Jackson Women’s Health which tackles the Mississippi law and could overturn Roe v. Wade) and United States v. Texas. Neither of these cases questioned the constitutionality of the Texas Heartbeat Act (S.B. 8) but rather questioned who the proper parties are to sue over such a law – a question that must be answered before they can argue over whether the law is constitutional.

⁣The Texas Heartbeat Act utilizes a novel approach when it comes to enforcement. Rather than the state being tasked with enforcing the law (like usual), this law relies on private citizens to sue abortion providers who perform an abortion after a heartbeat is found which is usually around 6 weeks, and those who aid and abet the violation. If the state were responsible for enforcing the law, abortion clinics or activists could simply sue the state to block it. However, because that’s not the case, abortionists would have to pinpoint which private citizen(s) plan to enforce the law in order to sue them in an attempt to block the law. Considering almost anyone in Texas could potentially sue for violations of this law, this potential defendant has been incredibly difficult to identify.

In the case of Whole Women’s Health v. Jackson, SCOTUS clarified whether Whole Women’s Health or other abortion clinics can sue the parties they have attempted to sue so far over the law. Here’s a breakdown of the Court’s ruling on each of the potential defendants, according to Pregnancy Help News, which has been slightly condensed and italicized here:

(1) a state court judge and state court clerk: Under the Eleventh Amendment, State court officials are generally immune from lawsuits, unless an exception applies. The Court found no exception which allows the abortion clinics to sue these officials.

(3) the directors of the Texas Board of Nursing, the Texas Board of Pharmacy, and the Health and Human Services Commission (the “licensing officials”): The Court, ruling 8-1, will allow the lawsuit to proceed against these parties, on the theory that these officials have the authority to enforce S.B. 8.

The case of United States v. Texas, otherwise known as President Biden’s attempt to block the law, was dismissed completely as SCOTUS stated the federal government did not have proper standing to file the lawsuit against Texas.

Due to the rulings today, abortion clinics, including in this case specifically, Whole Women’s Health, can launch lawsuits against additional individuals, including but not limited to, “directors of the Texas Board of Nursing, the Texas Board of Pharmacy, and the Health and Human Services Commission” in the lower courts as SCOTUS. However, they will still have to prove these parties pose a threat and therefore are the proper parties to sue in order to block the Texas Heartbeat Act.

As the AP notes, abortion providers will now attempt run through the same legal hamsterwheel that previously frustrated them:

“The federal judge who already has once blocked the law… almost certainly will be asked to do so again,” and “then his decision would be reviewed by the 5th U.S. Circuit Court of Appeals, which has twice voted to allow enforcement of the abortion ban.”

The news outlet also notes “In any case, it all could return to the justices, and so far there have not been five votes on the nine-member court to put the law on hold while the legal fight plays out.”

⁣While the Supreme Court is still allowing lawsuits to continue, the Texas Heartbeat Law has already overcome more obstacles than the majority of pro-life laws. In fact, today marks 101 days since the Texas Heartbeat Act became law and it is estimated to save approximately 150 lives per day, which amounts to over 10,000 lives just since it went into effect in September. Everyday the Texas Heartbeat Act is in effect, is a win for the babies of Texas.