The Story Of Christmas Is Pro-Life 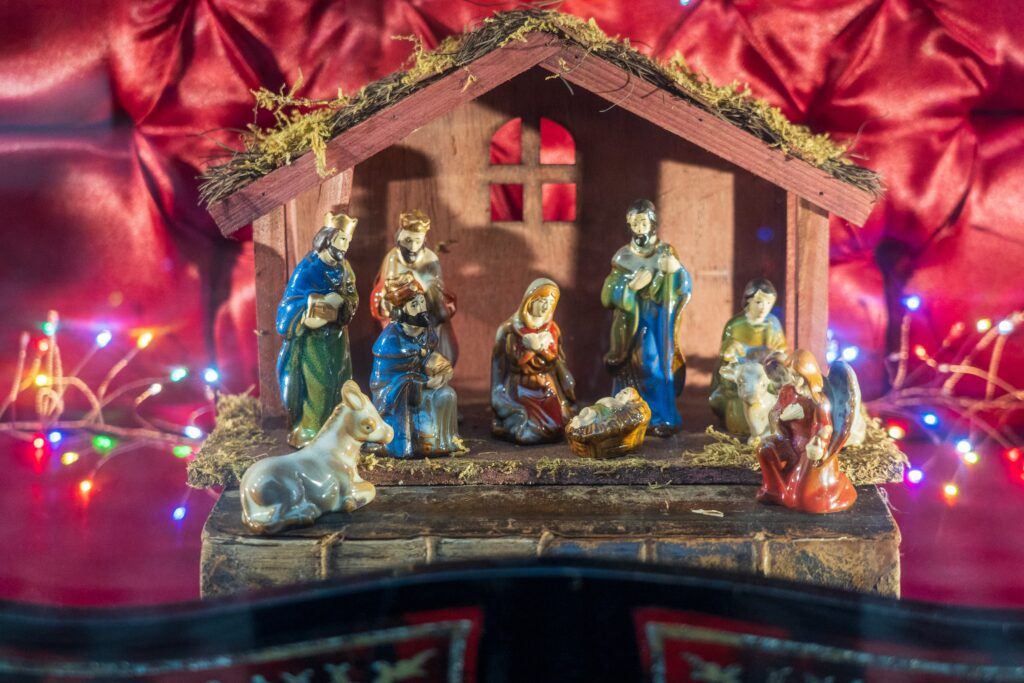 Christmas is finally upon us. The lights are hung, the cocoa is warm, and the presents are around the tree. Well, to be honest, our presents are still hiding in the garage. With three kids, one does tend to get behind schedule. But you get the idea.

Anyway, in the spirit of Christmas, I want us to revisit an old story. One which you have surely heard before. In fact, I would dare say you have heard it a hundred times or more.

Yes, I want to talk about the Christmas story. But my hope, is that you hear the story in a little different light this time. Today, I want to show you how the story of Christmas is openly, and unapologetically pro-life.

So, without further ado:

Gabriel, an angel of the Lord, is sent from the very presence of God to a small, rural town called Nazareth. There, he finds a virgin betrothed to a man named Joseph, of the house of David. The virgin’s name is Mary.

“Do not be afraid, Mary, for you have found favor with God. And behold, you will conceive in your womb and bear a son, and you shall call his name Jesus,” Gabriel says to her.

Mary is a young, unmarried, marginalized girl who is ill prepared to be a mother. What would her parents think? Would they understand? Would they be supportive? And what about her fiancé? Would he believe her, or would he think she was unfaithful? Would he even stay with her?

There is a good chance the stigma of being pregnant out of wedlock would follow Mary her entire life. And in the ancient Middle East, that is no small stigma – it does not land you a spot on MTV. If Mary chooses to have this baby, there is a very real chance she will lose her family, her friends, her community, and the man she loves. Kissing her child will mean kissing the future she has dreamed of goodbye.

And what kind of future would that child have, anyway? Surely not an easy one. She could not afford to give him a good life. And no doubt the scandal of all this would plague him through adulthood.

What will she do?

“Let it be done to me according to your word,” she tells Gabriel. And miraculously, in what can only be described as the most unplanned pregnancy in history, the virgin Mary is with child.

It is hard to miss the overtly pro-life message here. While some of the details are certainly unique, Mary’s situation is not unfamiliar. Every day, thousands of young women wrestle with the same fears and doubts, trying to work through a million questions in their head, all in an attempt to answer that one same question:  Do I have this baby?

Mary has every reason in the world not to. But she does. And little does she realize the impact of this single choice. She chooses life – and this life becomes the life, the savior of the world. Obviously, this is in one sense unique. But in another sense, it is not. The glory of parenthood is that our children have the potential to surpass us. Just as Mary did not realize how her child would grow up to change the world forever, no mother truly knows the impact that her child will have. They may be the next Mozart or Einstein. And even if they do not change the world for everyone, they will  undoubtedly change the world for someone. What an honor to be part of that!

Of course, Mary had some idea that her baby was special. But she was not the only one. Shepherds, prompted by a host of angels, visited Jesus the very night of his birth. And wise men, astrologers from the East guided by a star, traveled hundreds of miles to pay him homage. Though he was just an infant born to a poor couple from a backwater town, seemingly insignificant in every obvious way, they all recognized in him extraordinary value and worth. That, in essence, is the anthem of the pro-life movement: We recognize that every person, no matter how seemingly insignificant, is of value and worth.

But that is a principle not shared by every member of this story. There is one character who does not recognize the value and worth of this newborn king. To him, this child poses a risk to his way of life. His name is King Herod, and his solution to the problem is simple: Kill him. Amazingly, he is unsuccessful. And this is large part due to another character, one to whom Jesus poses a similar problem: Joseph.

For Joseph, this baby means a significant life change. If he chooses to support Mary and her baby, everything will be different. Many men today face this same dilemma. And sadly, many take the route of Herod. When faced with the opportunity to take responsibility, they instead pressure the mother into forfeiting the life of their child. Herod uses soldiers; they use doctors. But not Joseph. Even though the baby is not his biologically, he takes responsibility for him. Even though the culture says he has every right to walk away, he stands by Mary. Juxtaposed to the selfish ambition of Herod, Joseph gives us an image of manhood worth striving towards. He is a reminder that real men honor women and defend children.

So, regardless of who you identify with most in the Christmas narrative, remember that this season is not just about colorful lights, warm cocoa on a cold night, or presents around a tree. Nor is it about yule logs, or carols, or mistletoe. Christmas, at its core, is about celebrating life.