The Pope Could Do More For The Pro-Life Movement 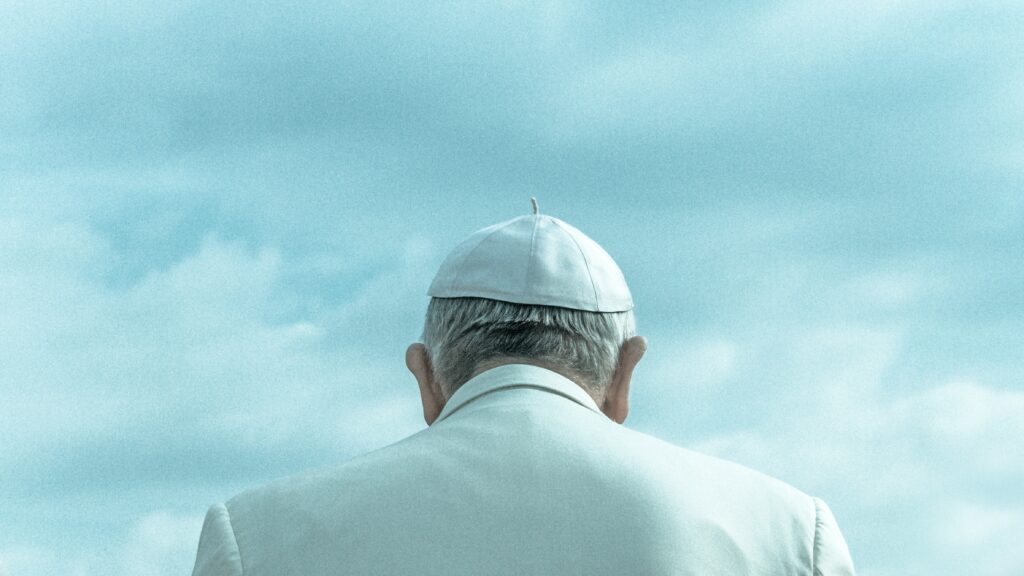 After President Trump’s bold pro-life stance on abortion during the March for Life this year, many state governments have opposed him in passing extreme abortion legislation.

Among some of the states to do so were New York and Vermont.  All of this abortion law controversy has not only caused division in congress and government, but it has also caused division within religions and churches.

As a whole, the Catholic Church stands against abortion. The Church believes abortion is the murder of an innocent human life. The Catholic Church is probably one of the most well-known churches that take such a strong pro-life stance; they even go as far as to take their pro-life stance to contraceptives. With this being said, support for abortion can be extremely controversial in the church.

Seeing a Catholic politician like Cuomo, take such a huge stance for abortion has other Catholics demanding his excommunication from the church. Many Catholics feel his pro-choice stance gives other pro-life Catholics a bad name and a hypocritical stereotype. The Catholic Church has faced many controversies in the past that have taken decades to overcome, and a pro-choice politician like Cuomo has brought to light another.

Though the Catholic Church said they will not excommunicate someone for their politics as some hoped, the Pope has spoken out to urge Catholics and others to oppose abortion.

A couple of weeks ago, Pope Francis spoke at the Vatican praising pro-life efforts. He encouraged politicians to “defend the unborn for the common good” and reiterated how Catholic teaching forbids abortion.

On the surface, it may seem that the Pope opposes abortion, but then he also said, “defending life means ensuring that people have health, education, and job opportunities,” which puzzled some Catholic pro-lifers as vague and left much open for interpretation, making many wonder if he is really pro-life.

After seeing Catholic politicians support abortion, pro-life advocates feel the Catholic Pope has been less than reassuring on the subject. After the Pope said the lives of immigrants are “equally sacred” to the lives of preborn babies, the national pro-life organization Susan B. Anthony List issued a statement saying:

“It is impossible to equate the moral weight of abortion – the direct killing of innocent unborn children occurring on a daily massive scale, here in America and abroad – with any other social justice issue.”

In addition to the defense from the Susan B. Anthony List, other Catholic Church leaders defended President Trump.

Michael Hichborn, the founder of the Lepanto Institute said, “If Pope Francis is so concerned with the commitment of others to the defense of preborn children, he should consider his own words and actions, as well.”

The Lepanto Institute is an organization which focuses on assault to the Catholic Church from outside and inside the church to make sure people and organizations that are claiming to be Catholic are acting in line with the Church’s teaching.

Besides his contradictory comments, his actions have shown to be not so pro-life either. Pope Francis previously invited a population control scientist, Dr. Ehrlich, to the Vatican.

“I think the Pope recognizes the threat to future lives, and to the persistence of society, posed by overpopulation,” Ehrlich said after his visit, hinting that maybe Pope Francis isn’t so pro-life after all.

Michael Pakaluk, a writer from CruxNow wrote that it seems Pope Francis is honoring “a vicious attacker of the Church’ as “Ehrlich do[es] not simply contemplate abortion and contraception for population control: it is [his] main message. To invite [him], therefore, to speak on the practical question of population is implicitly to embrace [his] ethical commitments.”

The lack of support the Catholic Pope has shown President Trump is disheartening to pro-lifers.

President Donald Trump has been an avid pro-life supporter and done more for the life movement than any other president before. Though they may disagree on personal politics and policy, he should put his differences aside and advocate more for President Trump’s success in his pro-life agenda.

It seems the Pope is more interested in a personal agenda rather than a pro-life one. Pope Francis should focus on fighting beside the president for life, not against him on certain policies. If the Pope stood behind President Trump and supported him further, it could benefit the pro-life movement as well as unify the Church.

America may never have a better time than right now to implement radical change for the sake of the lives of the preborn. For the greater good for the preborn and the Church, the Pope should support the president, not condemn him.

Together, the Catholic Church and President Trump can implement tremendous positive change in the pro-life movement.