The Pitfalls of Pornography 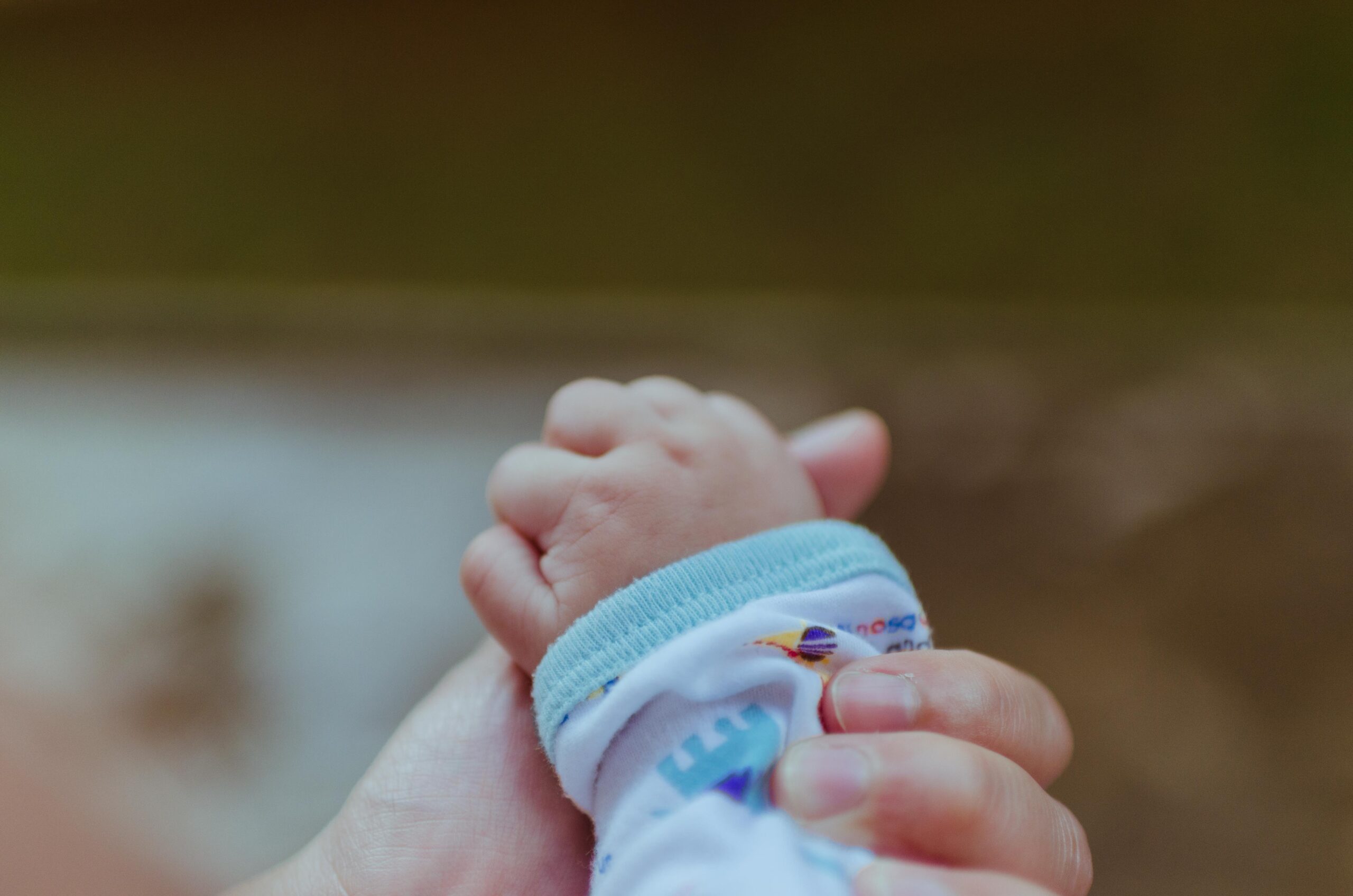 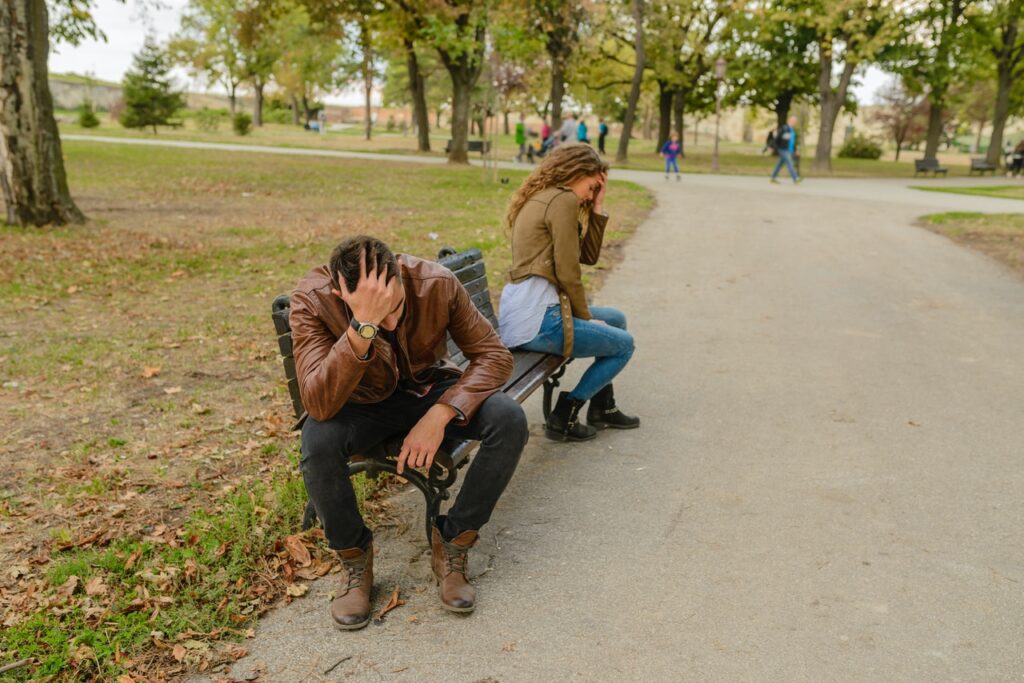 Whilst often seen as a trivial and harmless pleasure, pornography needs to be perceived as the danger it is.

Pornography has a ubiquitous presence in contemporary society. Indeed, it is accepted and tacitly promoted by vast streams of popular culture, particularly in the entertainment industry. The dangers it poses are rarely touched upon, often obscured or trivialized and when, occasionally given attention, not treated with the seriousness that the issue warrants. But pornography destroys society. It denigrates the family unit, corrupts and damages those who are exposed to it and perpetuates human trafficking and crime. This is why the issue of pornography needs to be elevated in the public consciousness and why its pitfalls need to become common knowledge.

Pornography destroys societies. Perhaps a bold, even outlandish claim to make. But it’s true. If we take the family unit to be the pillar of society, pornography perhaps more than anything else, threatens the stability of this sacred institution.

Moreover, research underlines that married men who are exposed to pornography are more likely to have affairs, find their wives less attractive and are less interested in sexual intimacy with them.1

Why does pornography have such a corrosive effect on this most precious of institutions and break up so many marriages? Of course, each case has its own individual complexities. Yet in each occasion pornography undoubtedly provides an alternative, an exciting, vibrant substitute for the individual to their own, sometimes mundane, marriage. It invites temptation into the marriage. No longer is an individual solely focused on their partner, but instead can experience novel and engaging situations with a variety of alternative partners through the simple click of a button. It encourages an individual to look beyond their partner and think outside their marriage, to any number of apparently exciting possibilities that can be accessed almost effortlessly. This point is key; with the introduction of pornography, no longer is their marriage and spouse the sole focus and dedication of an individual; newer and shiner adventures grab their attention and take them away from monogamy and dedication to their marriage.

Sadly, this newfound “freedom” that pornography creates has disastrous consequences for the people surrounding the individual who is exposed to pornography. It leads to divorce, breaking the sacred bond of marriage and leaving a partner feeling abandoned, betrayed and unsupported. They no longer have the lifelong commitment to which so much of their life found its foundation in. It leaves children without a stable home, without two loving and supporting parents who can present a model of a healthy marriage for their children. This is what pornography has the potential to do – break up the foundation for a happy and healthy family and in turn break up a healthy society which actually functions, as with the break up of one the other inevitably dissipates.

Also, perhaps in its own way as pernicious as the above effect, the “freedom” granted by pornography turns out to be its opposite, that of bondage and slavery. True freedom means to be free from desire, to be master of desire and thus to be master of oneself, with the ability to consciously choose to live virtuously, choosing what is ultimately best for ourselves. To be truly free one must be free to do what is truly good for oneself and the people around oneself – to be engaged in marriage wholeheartedly and committedly, to be fully focused on the upbringing of children and to be cherished in return.

Pornography not only causes irrevocable harm to the institution of marriage but also undoubtedly corrupts and damages those who are exposed to its content. This harm comes in a multitude of forms.

It firstly leads to individuals having both a very unnatural and very unhealthy perception of sex. Far from respecting and acknowledging the intimacy and personally authentic nature of what sex should be, pornography instead demotes sex to a third-person activity, one in which an individual is an observer and one in which they perceive a very inauthentic, impersonal experience that they will always be an outsider to. They will never be a part of what they are exposed to, they will always simply be an outside observer. It relegates sex from a deeply private, life-bonding experience shared with a cherished spouse into a trivial pleasure, one that is simple mindless entertainment that is entirely meaningless. Pornography gives the false belief that sex is something that an individual can be a third party to, not as something that requires a deeply personal experience. In the words of John Paul  ll, “there is no dignity when the human dimension is eliminated from the person. In short, the problem with pornography is not that it shows too much of the person, but that it shows far too little.”

If the impersonality of pornography was its biggest flaw then this would be damage enough. Yet pornography has pernicious effects on the corruption of the human psyche. This effect can firstly be seen to manifest itself on the physical level, in the case of porn-induced erectile dysfunction (ED). In a paper published in Behavioral Sciences in 2016, several US Navy doctors documented a near 1,000% increase in youthful ED, pointing out that 17 years ago ED among men aged 18-40 was 2 to 5%, and all studies assessing youthful ED since 2010, shortly after the arrival of streaming porn videos, report ED rates in the same age group hovering around 30%.

Extreme and violent pornographic content is damaging for adults, who have a fully developed brain and a clearer perception of the world. The effects on children then can be nothing short of catastrophic. Youth that view pornography once a month or more are at a greater risk of developing depression, anxiety, sexually permissive attitudes, preoccupation with sex, inability to distinguish between fantasy and reality, unrealistic ideas about sexual relationships, insecurities about body images in females and insecurities about sexual performance in males. Exposure to pornography therefore, for that is what the modern world does to children and adults alike, not only increases the possibility of suffering from mental illness, but creates unhealthy and unrealistic perceptions of sex.

As well as the aforementioned aspect of pornography in creating an impersonal, outsider perception of sex, it also creates unrealistic and unhealthy ideas about what sex actually is. Pornography has been shown to take away this personal, intimate aspect that authentic sex is. In its place then, what does pornography purport sex to actually be? As well as impersonal, the perception that pornography depicts sex to be is not only unrealistic but deeply extreme and in many cases violent and derogatory in its content. This depiction of sexual relations contrasts shockingly with the ideal of the place of sex in marriage as a deeply fulfilling, selfless and loving experience that looks to deepen two individual’s enduring bond to one another. Pornography thus elevates selfish pleasure to be of primary concern, particularly as the pursuit of continual pleasure is delivered through increasingly shocking, violent and dehumanizing content.

Put simply, pornography is only possible because of the culture of violence, crime and trafficking which sustains it. Indeed, author Catharine MacKinnon states that consent in pornography is only “consent in the degraded and demented sense of the word” in which an individual “despairs at stopping what is happening, sees no escape, has no real alternative, was often sexually abused before as a child, may be addicted to drugs, is homeless, hopeless, is often trying to avoid being beaten or killed, is almost always economically desperate, acquiesces in being sexually abused for payment, even if, in most instances, it is payment to someone else.”2

Moreover, a recent report that held Interviews with 854 women in prostitution in nine countries…made it clear that pornography is integral to prostitution. In every country, almost half of the respondents said that they were forced to make pornography while enslaved in sex trafficking. Pornography therefore is intertwined irrevocably with human trafficking and crime. The result of this is sobering; freely and widely available content on mainstream pornography sites may very well be coerced, feature children as well as other illegal material. Pornhub and its parent company MindGeek, one of the largest pornography websites in the world are fully involved in this process.

“MindGeek’s business model facilitated a massive surge in child pornography by making it easy to access and distribute these horrific crime scenes throughout the world,” Gregory Zarzaur, founder of The Zarzaur Law Firm and representative of two child trafficking survivors who had material of their abuse shared to the site, told Fox Business.

To engage with such material therefore is not a trivial or meaningless endeavor; it creates and increases demand for such material, material which profits off another individual’s, who is very likely underage, suffering and exploitation. Subsequently, it is therefore impossible to verify if pornography, particularly its extreme material, is consensual or legal or not because consent is a very slippery work when in the context of the pornography industry. Furthermore, Steven Wagner, former director of the Human Trafficking Program at the U.S. Department for Health and Human Services, argued that coercion to abort among pregnant women who are being sex trafficked is universal. Moreover, many women having multiple abortions while trafficked received their repeated abortions at the same location each time. These abortion facilities only aided pimps and traffickers by allowing them to continuously exploit their victims. To engage in pornography then only sustains and perpetuates a system that is predicated on sex trafficking and exploitation, often involving minors.

Pornography therefore, seen in its starkest and most vivid light, is not the meaningless non-issue that contemporary society frames it as. It is quite literally society destroying in its almost unparalleled ability to undermine the family unit through playing a pivotal part in inducing divorce. It also has been shown to have hugely detrimental health effects, both physically and mentally and has a corrupting force on an individual’s psyche. It also plays an integral role in the promotion of sex trafficking and coercion. It is in this context that pornography should be seen. We ignore its dangers at not only our own but at society’s peril. 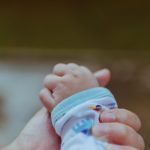