The History of Prenatal Child Support in the United States 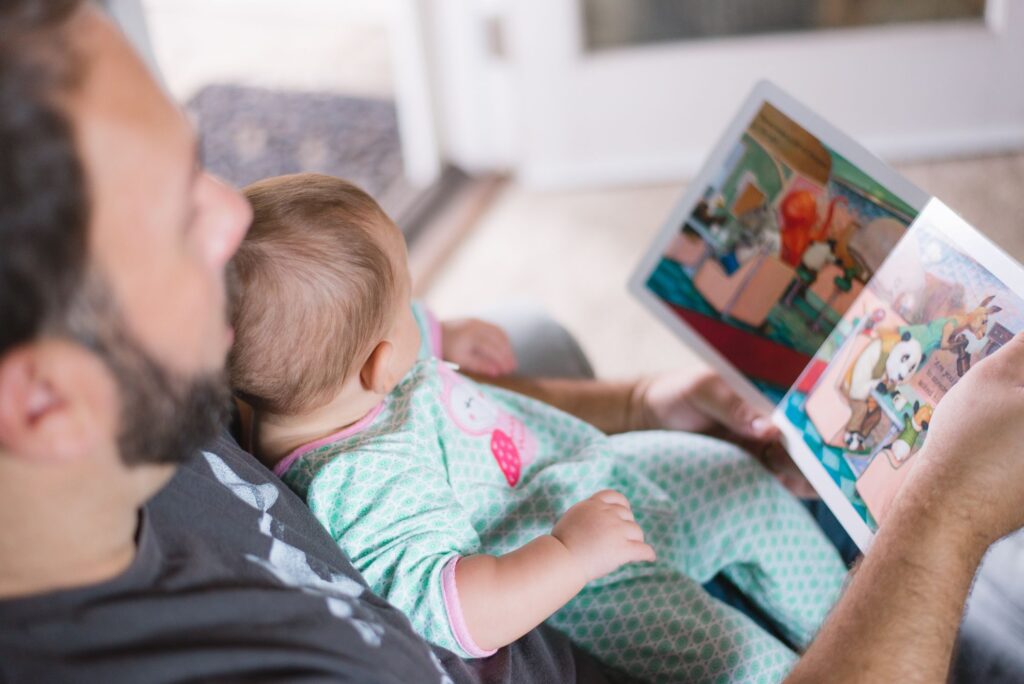 After writing my previous article on the current state of prenatal child support in the United States, I moved to researching other topics and started encountering Internet-based legal archives. This led to a five-month deep dive into the entire history of prenatal child support and publication of the book Prenatal Child Support Across the United States on Amazon and on Apple Books. This article summarizes those findings.

So, what exactly is “prenatal child support”?  In the general sense, it includes any expenses the father or his estate are directed to pay or reimburse for some duration of the mother’s pregnancy and the birth of the child before general child support provisions go into effect.

In the early colonial era of what became the United States, it was very common for local governments and charities to care for paupers, indigents, and others who could not care for themselves and had no blood relatives available to care for them. Many of the implementation methods were inherited from English common law.

When “bastardy” and “illegitimacy” laws initially arose in the late colonial era, the courts would attempt  to collect from the father to cover child support expenses, either as reimbursements to the local funds or as direct payments to the mothers. Most jurisdictions handled the cases in the form of criminal trials, but they were almost always quasi-civil matters in the sense that the burdens of proof were allowed to be “clear and convincing,” rather than “beyond a reasonable doubt.” The plaintiffs varied by state, generally being the mothers, the localities, or the states themselves. The putative fathers or their estates would be the defendants and would pay court expenses if found “guilty.” The mothers would pay the expenses if paternity could not be proven.

The concept of prenatal child support came very early in the history of the United States, possibly even before the nation’s founding. The absolute earliest reference I found related to Pennsylvania’s 1705 General Laws [1] section on “Adultery and Fornication.” That original criminal law lacked references to prenatal support but included the penalties for public corporal punishment, a year of  imprisonment with hard labor, and a fine. However, a vague passage in the 1810 first volume of Smith’s Laws [2], stated:

“On a conviction of bastardy, the uniform practice has been to make an allowance for lying-in expenses, and a gross sum for the support of the child from its birth to the time of judgment. And where the person who has borne these expenses is dead, the money may be well awarded to his representatives. MSS. Reports, Sup. Court.”

This reference to “lying-in expenses” has no specific mention of years, so the possible beginning runs over a century, from 1705 to the 1810 publication of Smith’s Laws, volume 1. The earliest specific court case I could find was Goddard against the Commonwealth [3] in 1820, which required the defendant to “pay $20 for lying-in expenses,” among a list of other fees. Several additional criminal cases in the 1820s had similar language. Thus, the 1810 reference to earlier allowances, as stated in Smith’s Laws, is well-supported.

As for the earliest ever legislative act to require prenatal child support, the crown goes to Georgia with the Bastardy act in 1793. §1 references  the judgment against the father (emphasis added, archaic spelling retained):

Connecticut first required prenatal child support with the 1821 amendment [4] to the 1702 Baſtardy and Fornication law (using the long “s” in its title). This amendment stated, “the court shall ascertain the expence of lying-in.” Delaware added a similar requirement in 1829 [5].

The legislature for the Territory of Florida passed their own requirement during the 1827-1828 legislative session [6] that remained nearly unchanged for a century (emphasis added):

“Be it farther enacted. That if the issue be found against the defendant or reputed father, then he shall be condemned, by the judgment of said court, to pay not exceeding fifty dollars, and all necessary incidental expenses attending the birth of said child, at the discretion of said court, yearly, for ten years, towards the support, maintenance and education of said child;” [emphasis added]

New York’s legislature enacted “Of the support of bastards” in 1828 [7] to require the father to reimburse the locality “which may have incurred any expense, or may be put to any expense for the support of such child, or its mother, during her confinement and recovery therefrom, against all such expenses.” In Wisconsin’s first legislative session of 1848, the legislature enacted a law [8] having many similarities to that of New York.

Maryland’s earliest reference to prenatal child support came in William Holmes v. Walter Mitchell, et al. [9], an 1850 lawsuit which aimed to resolve a dispute relating to annual proceeds from the farm Ignatius Semmes left in his will to his aunt and uncle. This farm had an unspecified number of slaves, and the issue arose of how the trustee of the estate should handle pregnancies of the women. The opinion of the Court was that the trustee is responsible for paying from the estate’s income the expenses for infancy and “to take care of the parent during her pregnancy.” This case, however, was of very narrow scope, so it cannot be taken as a blanket requirement for prenatal child support.

After the Civil War, Rhode Island continued the trend of covering “expenses of the lying-in” within child support judgments [10] in 1873. Arkansas followed in 1875 with a law which is still part of the Arkansas Code Annotated §9-10-110 [11] today, 125 years later.

New Jersey’s first requirement came in 1888, covering the “expense in supporting said bastard, or its mother during her confinement, or from costs therefrom arising.” [12] It is unclear where exactly this was placed into the Statutes of New Jersey, though.

Nebraska finished the century by establishing precedent in the 1893 civil case Hanisky v. Kennedy. [13] The case was filed while Hanisky was pregnant but could not be convened until the next term of the District Court, five months later. Within that time span, the child was born and died after a month. In the judgment, Kennedy was required to pay “expenses of confinement” as part of the child’s “maintenance.” It was not until 1941 in which Nebraska codified prenatal child support.

By the end of the nineteenth century, eleven states had requirements for the father to cover prenatal expenses in child support proceedings, whether established through legislation or court cases.

In 1909, Maine began requiring the father to pay “the expense of her delivery, and of her nursing, medicine and medical attendance, during the period of her sickness and convalescence.” [14]

With the rise of Uniform legislation, states continued to add prenatal requirements in blocks. In 1923 alone, Nevada [23], New Mexico [24], North Dakota [25], and South Dakota [26], all passed the Uniform Illegitimacy Act, adding the passage: “The father is also liable to pay the expenses of the mother’s pregnancy and confinement.” Wyoming [27] followed with the same Act in 1929.

“The provisions of this section are applicable whether the parents of such child are or were ever married or divorced, and regardless of any decree made in any divorce action relative to alimony or to the support of the child. A child conceived but not yet born is to be deemed an existing person insofar as this section is concerned.” [emphasis added]

This paragraph still exists within §270 “Abandonment and Neglect of Children” 95 years later. [29]

In the 1920s, there was a growing push to drop the terms “bastard” and “illegitimate” from the legal codes, with preference for using less offensive descriptions for the children. As the decades progressed, many state legislatures replaced their applicable laws with new ones which treated the children as victims of their circumstances, focusing on the “paternity” or “parentage” aspects in individual or “uniform” legislation. [30] Additionally, Federal-level and state-level programs began to overtake local ones, so the entire landscape relating to child support evolved.

The Uniform Parentage Act of 1973 gave another boost to the adoption of prenatal child support, containing a provision in §15(c) that “[t]he judgment or order may direct the father to pay the reasonable expenses of the mother’s pregnancy and confinement.” [31] Hawaii adopted the Act in 1975, adding health insurance premiums to covered expenses. [32] Minnesota adopted it in 1980, adding reimbursement of the mother’s lost wages to requirements. [33] Several states continued to adopt the Act over the next decade, some with their own variants.

“Effective January 1, 1988, the laws of this state shall be interpreted and construed to acknowledge on behalf of the unborn child at every stage of development, all the rights, privileges, and immunities available to other persons, citizens, and residents of this state…”

Concerning prenatal child support, the General Assembly made good on their intent and passed the first such requirements on July 15, 1987, thereby going into effect by the close of that year. [36]

By the late twentieth century, most states and a few territories had their own prenatal child support requirements. The final push for universality in the United States came with Federal passage of the Personal Responsibility and Work Opportunity Reconciliation Act [37] in 1996. This amended Title IV-D of the Social Security Act and provided minimum child support requirements for the entire United States by allowing bills for the costs of pregnancy and childbirth as evidence in paternity courts.

History of the 2000s Through Today

By the turn of the twenty-first century, the only hold-out may have been Kansas. Yet, it is unique in how the legislature worded the 2006 law [38], writing it in the negative, with the presumption that the father did provide support. In 1990, the legislature passed a similarly-structured bill [39] which related to a father relinquishing the ability to prevent adoption by not supporting pregnancy expenses. After searching through a century of statute annotations, I found no references to precedent set in Kansas courts. It is entirely possible that the state had judicial precedent influenced by its neighbors, Colorado and Nebraska — which both had prenatal child support established in their courts decades before their legislatures codified it. So, though Kansas had the most recent law passed in 2006, it seems something existed at least as early as 1990 to influence adoption laws, as those laws and the 2006 one had similar requirements for only the second trimester onward.

As of 2020, all states, territories, and Federal jurisdictions have requirements for prenatal child support, plus reciprocity among one another for cases which cross state lines.