The Four Manners of Death in Pregnancy 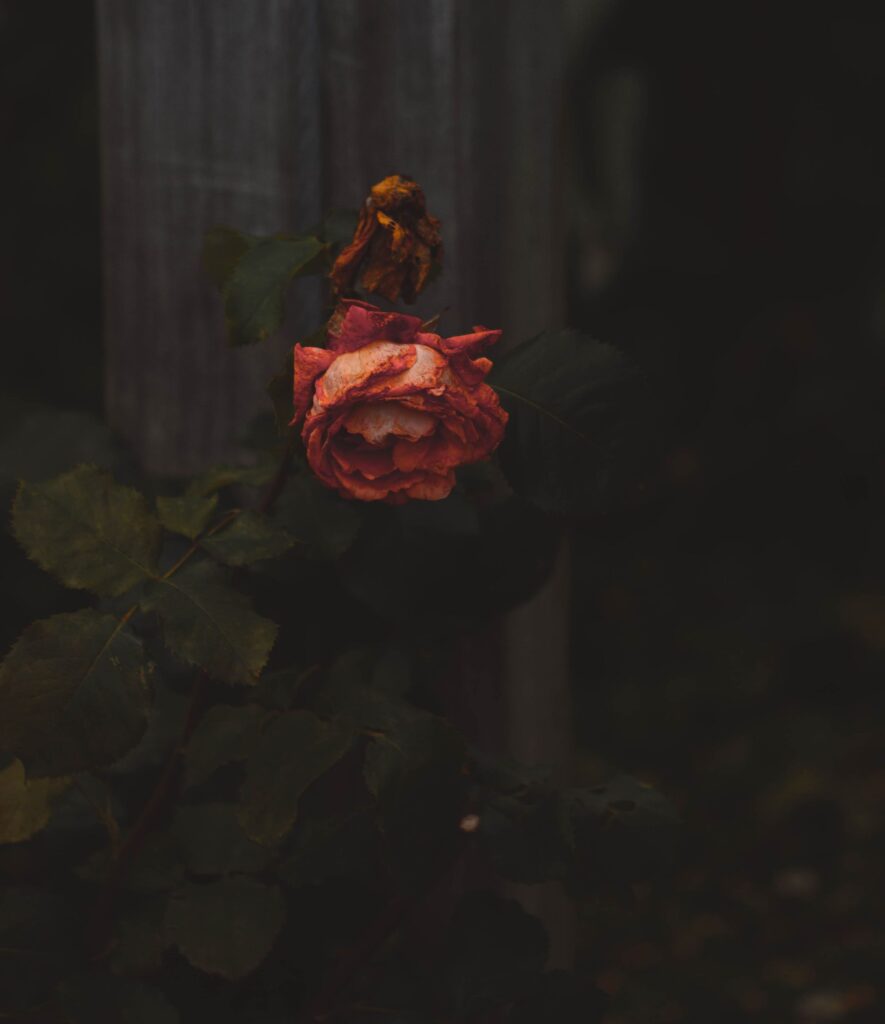 It is inevitable that all humans will die at some point. Though death can arrive in countless ways, it only does so by one of four manners: natural, homicidal, suicidal, or accidental (1). One can consider these manners as the main categories applied to death (2), after determining the specific cause (3).

This article briefly discusses each manner, citing guidelines from the The National Association of Medical Examiners. It then applies the manners to situations involving pregnant woman and their unborn children, covering case studies in the categories of “Miscarriages and Stillbirths,” “Medical Emergencies,” and “Abortions.”

Classifying death by manner began in the United States and first went into official use on the US Standard Certificate of Death in 1910. Though the World Health Organization has not adopted this system, several nations independently have (4). It is not a legally-binding classification system but one more for statistical purposes. Because of this, death will be classified by reasonable certainty — rather than by a preponderance of evidence — holding the possibility that the manner could be amended as new evidence arises. It is entirely possible two medical examiners may reach different determinations, based upon their own opinions of the same evidence.

A natural death is “due solely or nearly totally to disease and/or the aging process (5).” Thus, it occurs by bodily malfunction, pathogen, or other internal forces. It excludes any external forces that may hasten the process, but removal from artificial life support simply restores the natural progression that would have happened anyway.  (Note all other manners of death are sometimes grouped as unnatural deaths to differentiate them from natural deaths.)

A homicide “occurs when death results from… a volitional act committed by another person…(6)” A common misconception is that homicide and murder are the same. From a legal perspective, homicide is divided into a number of subcategories, such as murder (of various degree), manslaughter, justifiable homicide, fetal homicide, capital punishment, act of war, etc. These legal definitions can vary considerably by jurisdiction, and they take into account circumstances, motive, and other factors surrounding the act.

A suicide “results from an injury or poisoning as a result of an intentional, self-inflicted act committed to do self-harm or cause the death of one’s self (7).” Such a death is often a result of severe depression or emotional distress. It can involve several methods, including drug overdose, firearm, hanging, etc.

A death is declared accidental if “there is little or no evidence that the injury or poisoning occurred with intent to harm or cause death (8).” The death must be an involuntary or unintended action and must involve one or more external actors, whether human or non-human, animate or inanimate.

Coroners’ death reports and certificates of death may also include “Undetermined” (or similar terminology) for cases when there is not enough evidence to weigh a specific manner above others.  If investigation is still on-going, the document may temporarily use “Pending” until revising it with the final determination (9).

Miscarriages happen in 10-15% of known pregnancies and possibly as many as half of all pregnancies, when including pre-implantation.  Though the causes are not always known, about half are believed to be due to chromosomal abnormalities, and the rest can be attributed to a number of other reasons (10). When there is no obvious reason for miscarriage, that death will be considered natural and noted in the mother’s medical record with any known details.

The reasons for stillbirths later in pregnancy can still be difficult to ascertain (11). If necessary, a medical examiner performs an autopsy and provides findings on the US Standard Report of Fetal Death (12), rather than on a certificate of death. This report lacks a field for the manner, but there may be enough details to infer it. Since the majority of stillbirths are natural (13), most of the report’s fields relate to medical conditions of either the pregnant woman or the unborn child.

A stillbirth is not always natural, however.  State v. Jemison (Ala. 2018) / State v. Jones (Ala., 2019) is one such example. While five months pregnant, Marshae Jones initiated a fight with her co-worker Ebony Jemison, who was in her own vehicle. Jemison drew and fired her handgun in defense. The bullet struck Jones in her abdomen, causing the death of her unborn daughter (14). Initially, Jemison was charged with murder and attempted murder (15), under Ala. Code § 3A-6-2 (16), but the charges were dropped after determining she acted in self-defense, under the state’s stand-your-ground law Ala. Code § 13A-3-23(b) (17). Six months later, on June 26, 2019, Jones was indicted (in regards to the original incident) for manslaughter under Ala. Code § 13A-6-3 (18) for inciting and continuing a physical altercation that resulted in a death. The prosecutor chose not to pursue charges after the defense submitted their motion-to-dismiss that stated Ala. Code § 13A-6-1(d)(2) prevents prosecution against “any woman with respect to her unborn child (19).” Even though both sets of charges were homicide-related, neither woman had the intent to end the unborn child’s life. Thus, this was actually an accidental death from both perspectives.

Another example of unnatural death is State v. Ashley (Fla., 1998) (20), in which Kawana Ashley, eight months pregnant, fired a handgun into her own abdomen with the intention of causing a miscarriage. The unborn child was struck by the bullet in the wrist and had to be removed by emergency Caesarean section for treatment. The child died 15 days later. Ashley was charged with multiple felonies under Fla. Stat. §390.001 (21), § 782.04, and § 782.07 (22), after her son’s death was deemed homicidal. She appealed the case to the Florida Supreme Court and was exonerated under the state’s third-party actor requirement for criminal abortion.

The final example for unnatural miscarriage is Hillman v. The State (Ga., 1998) (23). This case had similar circumstances to those of State v. Ashley, except Jacquelyn Hillman’s child died before birth. Hillman was charged with criminal abortion under OCGA §16-12-140 (24) and was also exonerated on appeal because of the third-party actor requirement for criminal abortion. What differs between this case and the other is that Note #10 in Judge Eldridge’s opinion states “[Hillman] indicated that the gunshot wound was not intentionally inflicted but was, instead, the result of a botched suicide attempt.” Thus, her unborn child’s manner of death may either be accidental or homicidal, since Hillman was primarily attempting a suicidal death on herself, knowing her own death would also cause death of her unborn child.

A medical emergency is a condition which necessitates treatment to “…prevent the death of the pregnant woman or to avoid a serious risk of the substantial and irreversible impairment of a major bodily function of the pregnant woman…(25)” When physicians treat such life-threatening medical issues which result in embryonic or fetal demise, the manner of death determination can be complicated because there may be no body to examine.  If that is the case, then the manner would be either natural or undetermined (and recorded in the mother’s medical records).  If a medical examiner can perform an autopsy, then it is possible to glean more details for that particular case.

A notable example of medical emergency is an ectopic pregnancy, in which the embryo has implanted outside the uterus, most commonly within a Fallopian tube (26). At the time of discovery, the vast majority of embryos already experienced natural death (27), but pregnancy support tissues still grow and pose an immediate threat to the woman’s life. Treatment may involve a salpingectomy (28), which is a surgery to remove the pregnant woman’s Fallopian tube which holds the embryo. Physicians do not consider any treatment for ectopic pregnancy to be abortion (29), since the purpose of such surgery is to save the woman’s life. In the rare instances where embryos are still alive at the time of surgery, their hastened deaths are unintended consequences, so they are accidental.

For other life-threatening conditions (e.g. infection due to membrane rupture, severe hypertension, certain cardiac conditions, and cancer), physicians see the situation as involving two patients. Possible treatments to save both patients include surgeries, alternate chemotherapies, early induction of labor, Caesarean section, etc. (30). Even with every attempt to save both lives, it is possible the embryo or fetus experiences natural or accidental death as a result of complications, premature delivery, or other reasons (31).

In the case of “selectively-reducing” one or more fetuses to attempt assisting the survival of the other(s), the death(s) would be entirely elective (32), so this will be included in the next section.

Before discussing abortions, it is important to clearly determine the generally-accepted definition for the term. From a legal perspective, Georgia’s Living Infants Fairness and Equality Act(2019) defines abortion as:

“[T]he act of using, prescribing, or administering any instrument, substance, device, or other means with the purpose to terminate a pregnancy with knowledge that termination will, with reasonable likelihood, cause the death of an unborn child (33).”

This definition specifically excludes “medical emergency,” “medically futile,” and “spontaneous abortion.” which all encompass the natural and accidental deaths in the previous two case studies.

“As experienced practitioners and researchers in obstetrics and gynaecology, we affirm that direct abortion – the purposeful destruction of the unborn child – is not medically necessary to save the life of a woman.

We uphold that there is a fundamental difference between abortion, and necessary medical treatments that are carried out to save the life of the mother, even if such treatment results in the loss of life of her unborn child.

We confirm that the prohibition of abortion does not affect, in any way, the availability of optimal care to pregnant women (34).”

This declaration also excludes the medical emergencies of the previous case study. Statements from individual physicians further elucidate this point…

“It’s extremely rare, if nonexistent, for a physician to have a medical reason to abort a woman in the 7th or 8th month. (35)”

Dr. Don Sloan, an abortion practitioner, said of the dangers of abortions vs. completing pregnancy:

“If a woman with a serious illness… gets pregnant, the abortion procedure may be as dangerous for her as going through the pregnancy… The idea of abortion to save the mother’s life is something that people cling to because it sounds noble and pure — but medically speaking, it probably doesn’t exist. (36)”

Dr. Ingrid Skop, OB/GYN and fellow of the American College of Obstetrics and Gynecology, said of the dangers of Caesarian section vs. D&E abortion:

“By comparison [to an emergency Caesarian section], a dilation and evacuation abortion usually necessitates between one and three days of cervical ripening in order for the surgeon to enter the uterus. If a woman were truly sick enough to need emergent delivery, this much of a delay would only worsen her condition (37).”

All these definitions and statements on abortions specifically exclude the natural deaths of miscarriages and stillbirths, so they are not “spontaneous.” They also exclude medically-necessary and medically-futile accidental deaths, so they are not “therapeutic.” An unborn child obviously cannot commit a suicidal death. By process of elimination, all these remaining “elective” abortions are, therefore, volitional acts by another person with the intent to cause death — homicide.