Her body, her choice? The Case of Britney Spears 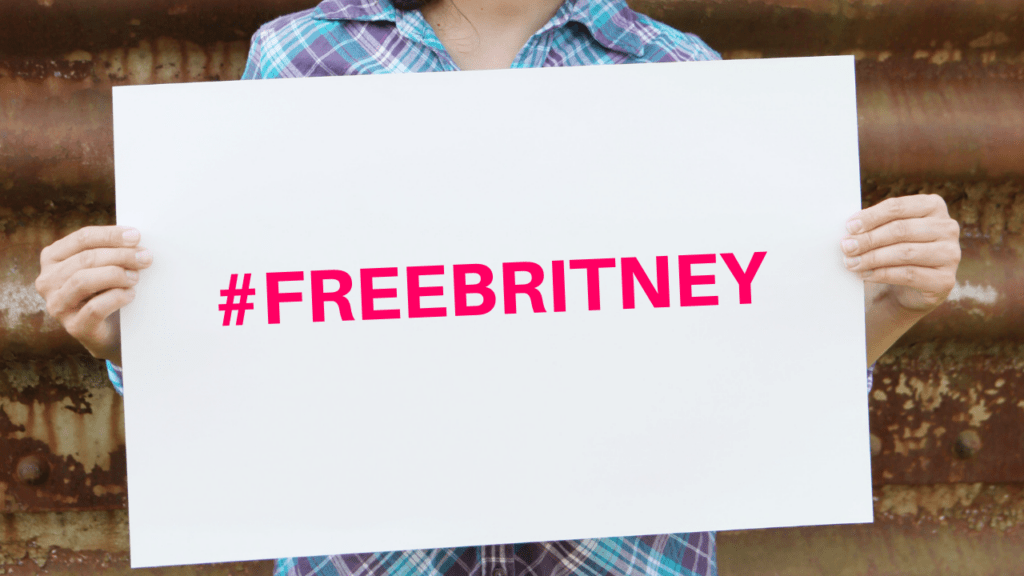 Exploited by the entertainment industry for decades, pop star Britney Spears, now 39, has been under a conservatorship for thirteen years controlled by her father, James Spears, along with a lawyer initially, and later a court-appointed co-conservator, who respectively control not only her finances, but even her choice to marry or have children.

Although conservatorships are designed to aid in legal, medical, personal or financial decisions for individuals in need due to age, disability or illness, Britney has been able—albeit often forced—to work, rehearse, perform, tour and earn millions, while employing and providing accommodations for countless people. Experts have warned about the conflict of interest that Britney’s father profits from securing her lucrative deals via his authority as conservator, though conservators are intended to render decisions for conservatees’ best interests, not personally gain financial benefit from conservatees. Further, Britney has been funding legal fees for both sides, including costly sums for opposing counsel.

Britney Spears broke the silence over the controversy to Judge Brenda Penny in Los Angeles’ Superior Court on Wednesday, June 23, claiming she felt unheard two years ago, during the start of the public’s #FreeBritney movement, when she had previously revealed the conservators’ exploitative tactics to the Court. Initially afraid people would not believe her, Britney asserted several alarming claims in her testimony this week, including that she did not know she could petition to end the conservatorship, though she has stated her desire for its cessation for several years and has expressed her opposition to her father’s control since its inception in 2008.

As the conservatorship dictates her financial, business, medical, and personal decisions, Britney revealed she is unable to visit her children at will, was forced to abruptly start taking the powerful drug lithium, and is routinely threatened to comply with numerous measures against her will. She stated the conservatorship is “abusive” to the point people should “go to jail.” She confessed she feels alone, angry, embarrassed, traumatized, demoralized, and depressed.

Britney also asserted her right to privacy and revealed her desire to marry and have another child, but disturbingly, she has not been allowed to remove her intrauterine device (IUD).

“I want to be able to get married and have a baby. I wanted to take the [IUD] out so I could start trying to have another baby. But this so-called team won’t let me go to the doctor to take it out because they don’t want me to have any more children. Basically, this conservatorship is doing me more harm than good.”

In addition to Britney demonstrating lucid ability to assert her will and decision-making capacity, her bodily interests go beyond her autonomy to include her health and well-being.

Birth control devices such as implanted IUDs can cause perforation, injury, life threatening infection, miscarriage and infertility. The medical industry deceptively altered scientific definitions of when life begins to hide the fact that birth control can cause early abortion, and risks caused by various types of birth control include blood clots, heart attack, stroke, cancer, depression and suicide. Studies show over half of women seeking abortions became pregnant despite using birth control, not only exposing the motives of the industry to market reproductive products to exploit women for future profits, but also exposing women to dangerous risks such as ectopic pregnancies and miscarriage, which in turn, can harm women’s physical and mental health, including emergency surgery, infertility, and PTSD. Such coerced birth control and serious health risks violate the principles of informed consent and medical decisions which are to be made in the best interests of the patient.

Globally, coercive birth control involves human rights abuses and horrific atrocities, is practiced by regimes such as China, and even dates back to Planned Parenthood’s bigoted eugenic roots (formerly the American Birth Control League), which forced sterilization of minorities.

Ironically, the current president of Planned Parenthood, Alexis McGill Johnson, spoke out “in solidarity with Britney and all women who face reproductive coercion.” President and CEO of Planned Parenthood affiliates in California, Jodi Hicks called it “extremely troubling,” adding, “Planned Parenthood supports the right of all individuals to make informed choices about their reproductive health…free from coercion and exploitation.” However, Planned Parenthood itself engages in coercion and exploitation and profits billions while actually endangering women and children— enabling abuse and sex trafficking, and manipulating women to abort, with over 60 percent of women reporting they felt pressured or received no counseling, over half felt rushed or uncertain, and alarmingly, over 80 percent are not properly informed.

As the I’m a Slave 4 U singer ironically argued, “I’m not here to be anyone’s slave,” Britney even analogized the degradation to which she has been subjected to sex trafficking, having been stripped of her bodily agency, privacy, personal choices and possessions, while forced to work for others’ profit.

Director of the recent documentary Framing Britney Spears, Samantha Stark reacted to Britney’s testimony, corroborating that the film’s research obtained documentation that Britney is telling the truth. Stark added that it was a strikingly apropos visual in the courtroom of Britney in a small audio screen amidst a large swarm of lawyers controlling her interests.

Also among Britney’s supporters, actress Rose McGowan appeared on Tucker Carlson Tonight, emphasizing that “Hollywood and the media machine are rotten to the core…and they do damage.” McGowan called Britney’s testimony “a cultural landmark moment. It is a cultural reset,” adding that “it’s deeper” than “horrific” things that have been done to “a rich pop princess,” but exposes “the rot in the machine and how society also plays a part in a form of oppression.”

“The idea that the individual is crushed by forces larger than her, and that deep down it really is rotten, and that people are treated as disposable objects rather than human beings with souls.”

As the first to go on record against Harvey Weinstein “and that kind of sickness,” McGowan related to Britney’s “rage” against “the monsters in power” who have “tortured… women and humans and whistleblowers and people they don’t like” and “the message it sends to every girl and every boy that you are disposable.”

Other supporters echoed such arguments for humanity, emphasizing, “This is a person we’re talking about, and not just an entity.”