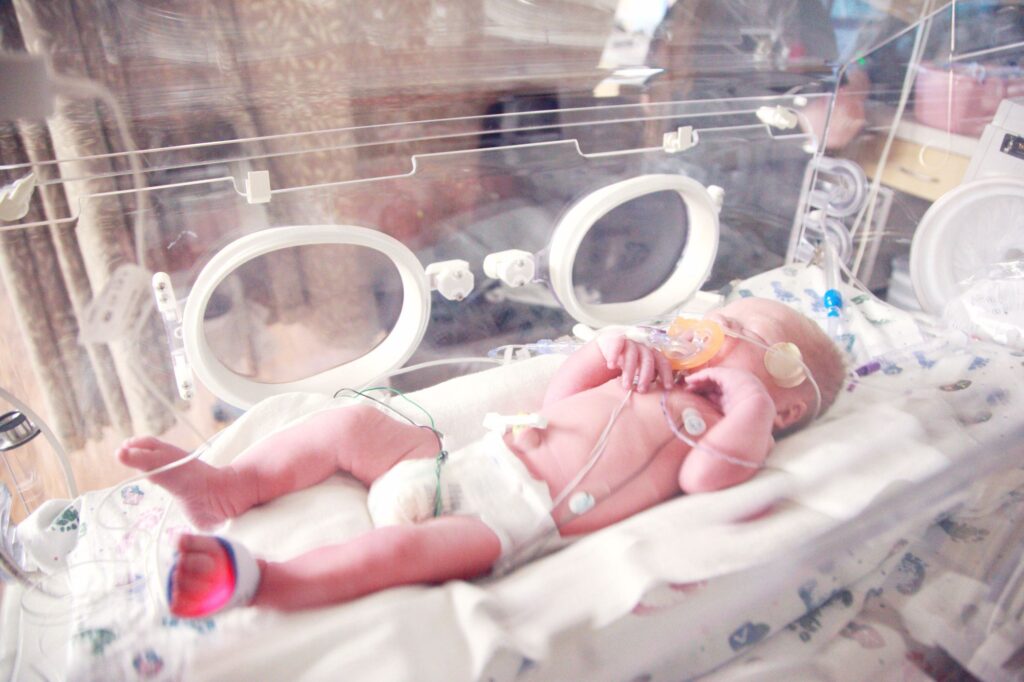 The beauty of having been born is that it is unquestionable I am, in fact, alive. This is not due to science saying I am or by way of some philosophical discussion. Rather, it is because I can defend myself. Now, I am not sure how grand an accomplishment it is to have made it this far as an undeniably born, living, thinking human being, as I am subjected to the most illogical arguments on a daily basis. A child born alive during an abortion is, in fact, alive (hello!) — or at least the reasonable thinker would have to conclude as much.

Kristan Hawkins, president of Students for Life of America, had a discussion in a Q&A session with someone who thought otherwise. It was as interesting as it was hypocritical. There was a line of questioning which led up to the moment where Hawkins asked,

“Do you think that the children that are apprehended at the border that are in U.S. government care … do you think babies who are going to die should be resuscitated and be given care?”

Following up on that line of questioning, Hawkins asked specifically about babies born during abortions receiving care, to which the college student responded, “No.” It took a minute getting to this point, but the pro-choice college student answered that she does not think a baby is a baby if that baby is born during an abortion. Earlier the student had said, “So, for that, they’ve already determined that it’s not a baby.” This pro-choice student’s line of thinking completely begs the question as to when human life begins. Usually here is where I hear that it is a fetus, thus denoting that it has not yet reached the status of baby. Often I hear this also means the baby is yet to attain the status as living, but I know this is not true. “Fetus” simply refers to a preborn baby, despite how pro-choice apologists use the term. The person we naturally refer to as a baby outside of the womb is still a baby inside of the womb.

The pro-choice argument I am used to hearing is that a baby is considered alive once it is outside of the womb, so my pro-choice counterparts should find such statements about babies born alive after a failed abortion not being alive illogical. Following that argument in its simplest form, once that baby survives the abortion and is born, it is alive. It is hard to rebut something with no substance. Once a baby is born, it is unethical to kill him/her or let him/her die. The differences between preborn babies and adults like you and me do not justify killing them. Differences of size, level of development, environment, and degree of dependency have no bearing on the right to life a human possesses. Provided someone takes care of them, preborn children are only separated by time and food from being able to write as I am now. Given time and the proper environment, the human embryo will develop into a fully-formed baby.

Killing a baby once s/he is born after an abortion is tantamount to infanticide. Not too long ago we were having a discussion over infanticide, due to comments made by Governor Ralph Northam of Virgina. We heard a similar dialogue on January 3, 2019 between Tucker Carlson and Monica Klein where Klein threw accusations related to the debate over the United States’ southern border and immigration. Should a child who arrives at the border in need of medical care receive medical care? Yes, the child could die without medical attention. Should a child born during an abortion receive medical care? Yes, the child will most definitely die without medical attention.

Any distinction between the two is arbitrary. Both are born and alive, and they both need medical care. The circumstance of how they arrived at the point of needing medical care is irrelevant since they are both living children.