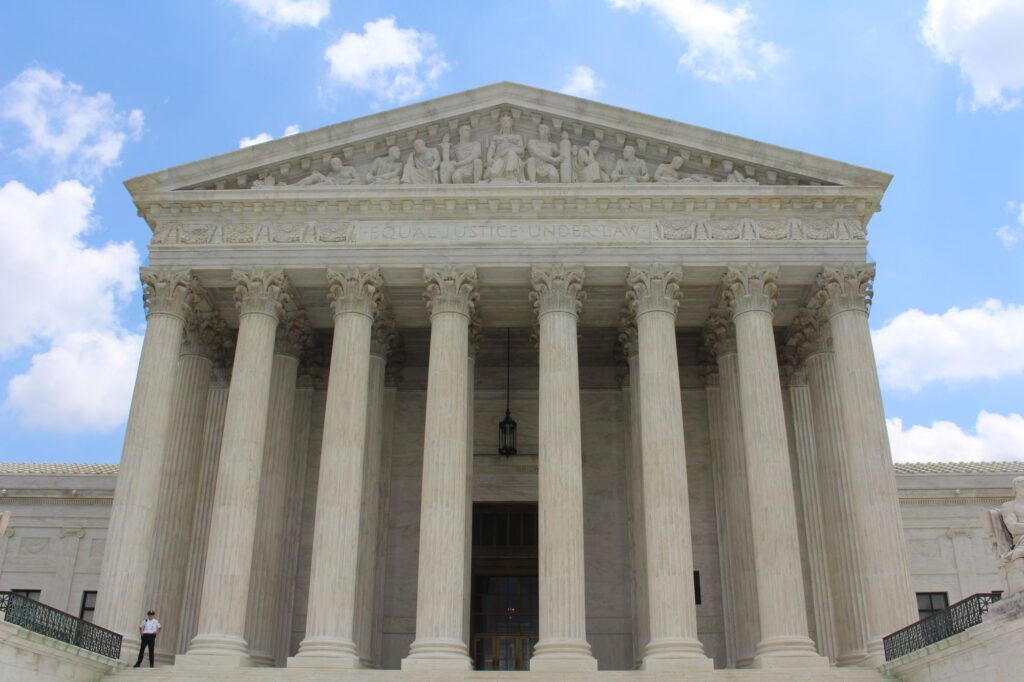 On June 29, 2020, in a major loss for human rights and women’s health and safety, the Supreme Court struck down a Louisiana law requiring doctors who perform abortions to have admitting privileges at nearby hospitals. The court ruled 5-4 in the case, June Medical Services LLC v. Russo, with Chief Justice Roberts joining the four liberal judges.

Louisiana Act 620, the law struck down by the Court, required abortionists to be a physician licensed to practice medicine in the State and to have enrolled in or completed a residency in obstetrics and gynecology. It also required that the physician performing the abortion have admitting privileges at a hospital within 30 miles of the abortion clinic.

“For the purposes of this section, ‘active admitting privileges’ means that the physician is a member in good standing of the medical standing of a hospital that is currently licensed by the department, with the ability to admit a patient and to provide diagnostic and surgical services to such a patient. . .”

The law was struck down because the Court claimed it would place an “undue burden” on women seeking an abortion in the state. This ruling shows abortion advocates and the Court care little for the actual health and safety of women and care only about “access.” Abortion activists are willing for women to receive substandard medical care in favor of ensuring abortion clinics stay open. Instead of advocating for abortionists to meet standard health care requirements, standards are instead lowered to make sure abortionists stay in business.

Chief Justice Roberts filed a concurring opinion stating that he voted against this case because of the precedent set by Whole Woman’s Heath v. Hellerstedt, a Texas law struck down four years ago which abortion advocates claim the LA law decided on today was nearly identical to.

“I joined the dissent in Whole Woman’s Health and continue to believe that the case was wrongly decided. The question today however is not whether Whole Woman’s Health was right or wrong, but whether to adhere to it in deciding the present case . . . Today’s case is a challenge from several abortion clinics and providers to a Louisiana law nearly identical to the Texas law struck down four years ago in Whole Woman’s Heath . . . The legal doctrine of stare decisis requires us, absent special circumstances, to treat like cases alike . . . Therefore, Louisiana’s law cannot stand under our precedents.”

In other words, Chief Justice Roberts believes that cases like Whole Woman’s Health and June Medical were wrongly decided. However, because the Court made a decision in the past, it must be upheld in the present. This is utter foolishness. If the Court only ever determines present cases by the way past cases were decided, cases like Dred Scott v. Stanford could still be used to uphold slavery. This is not how the principle of stare decisis was intended to be used.

In a previous opinion, Justice Clarence Thomas stated the error of using precedent to decide cases.

Justice Thomas wrote, “By applying demonstrably erroneous precedent instead of the relevant law’s text—as the Court is particularly prone to do when expanding federal power or creating new individual rights—the Court exercises ‘force’ and ‘will,’ two attributes the people did not give it . . .When faced with a demonstrably erroneous precedent, my rule is simple: We should not follow it.”

For information on the history of how this court case got to where it is today, and how different the LA law is from the TX law decided on in Whole Woman’s Health v. Hellerstedt, read Daniel Gump’s previous article here.