Stories of Loss: The Faces of Pregnancy and Infant Loss Awareness Month Part 3 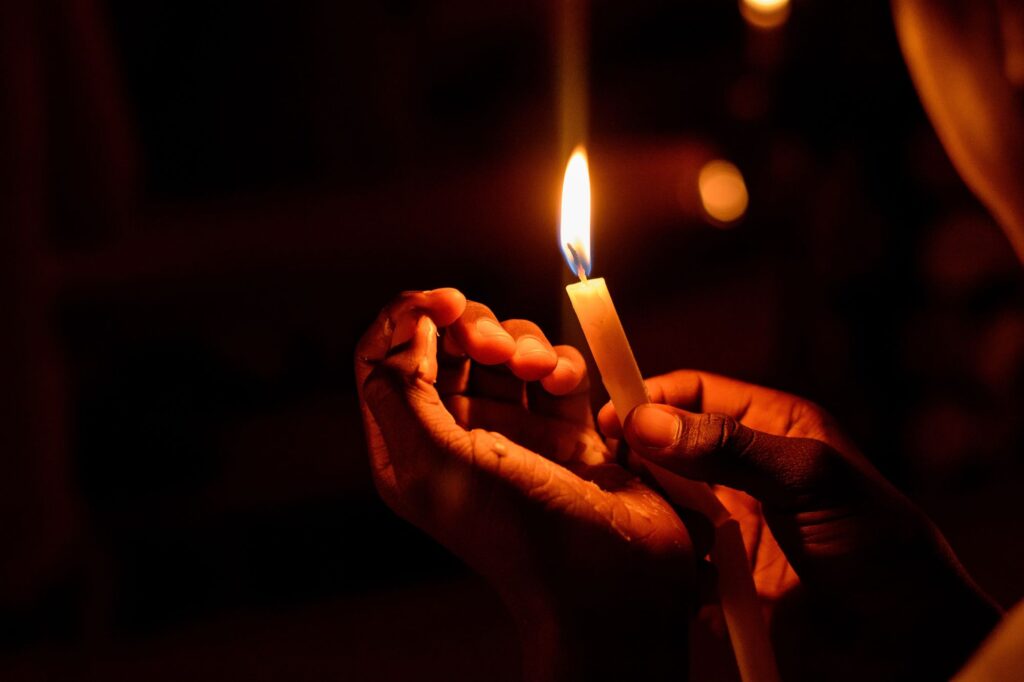 I asked moms and dads to share their stories of loss with me. The grief a parent has over losing a child so young is unique, and many parents do not feel like they have the space or the acceptance to share that grief with others. But the loss of a child is too heavy for any one person to carry by themselves. My hope is by sharing with you their stories of loss, what they found comforting, what they did not find comforting, and their advice, that others will be more accepting of sharing in these parents’ unique pain and more prepared to come alongside and support them. My hope is that if you are working through the grief of your own pregnancy or infant loss, you find hope and comfort in the fact that others have been through this and feel free to share your grief with others so you do not have to bear the burden or the healing process alone.

Pregnancy and Infant Loss Awareness Month was instituted in 1988 by Ronald Reagan. He stated,

“When a child loses his parent, they are called an orphan. When a spouse loses her or his partner, they are called a widow or widower. When parents lose their child, there isn’t a word to describe them. This month recognizes the loss so many parents experience across the United States and around the world. It is also meant to inform and provide resources for parents who have lost children due to miscarriage, ectopic pregnancy, molar pregnancy, stillbirths, birth defects, SIDS, and other causes.”

In this final part of the series, I will share just one story, and below that, some resources for parents who have lost a child and for people who are walking through that with someone who has.

“We tried for years. Easter. We surprised my family with golden plastic eggs filled with pink and blue confetti. A baby was on the way. The first for my generation. Joy!

Confusion. The first ultrasound. I asked if I could look at the monitor. She carelessly snapped “if I find anything to look at.” I could see something was wrong on the technician’s face. She left the probe inside me while she went to consult with a colleague. Ten minutes passed — it felt like eternity. She returned and I got dressed and went to the waiting room to find my husband. “Everything is fine,” a nurse said the following day. Two hours later a different nurse called to say she’s sorry, there’s been a mistake. We may lose the baby.

Pain. April 7th, a Thursday. I hate Thursdays. I was at work when the cramps started. I went to the restroom, peed and stood up praying not to see blood. There it was. The first few drops. Devastating. Blood red. The beginning of the end of our hope.

Another ultrasound, a different technician. We pleaded to let my husband come back to the exam room with me. We won. In between ultrasounds I went to the bathroom. The yolk sac fell into my hand. The only silver lining; I got to hold my baby as I said goodbye.

It felt so wrong to flush him. He was my precious little baby, not a goldfish. But I had no choice. Alone in that cold bathroom I faced the truth, unflinching, heart wrenching. My baby was gone. My heart and womb were empty.”

Jackie shared some of the most unhelpful or hurtful things which people said or did while she and her husband were grieving.

“The worst thing aside from sitting with unbelievable cramps for 45 minutes in the OB office covered with pictures of pregnant bellies and happy babies waiting for news we already knew was the nurses continuing to call my baby ‘products of conception.’ The next week was my husband’s 30th birthday party. It was a surprise I had been planning for over 3 months. I couldn’t cancel, had to put on a happy face. My grandmother and godmother told me ‘cheer up, it’s a party! Don’t think about it! You don’t want to ruin everyone’s good time!’”

She shared that besides those two specific instances, another generally unhelpful thing she heard was “how far along were you?” as the first question people asked. “As if grief or sympathy should be proportional to the child’s gestational age. Not that it isn’t more devastating the farther along you are but it shouldn’t be the first thing someone asks. Especially not before things like ‘are you okay?’ ‘Do you want to talk about it?’”

Jackie said for her, “The most helpful thing was finding women who had gone through similar experiences — I felt so alone at first. I called 2 aunts who had lost children late in pregnancy but I didn’t feel like I deserved to grieve as much because my loss was first trimester. So I found an online forum on pregnancy loss support through a UK site (I couldn’t find a good US one), and one through the Women’s Network at work — a small group of women who met once a month just to share stories and tears.”

Just because miscarriage and other forms of pregnancy loss may be common does not mean that women and families going through these losses do not or should not grieve; but the commonality of miscarriage, for example, could lead to doctors and other people down-playing the effects of losing a child in such a manner.

“Because it is medically common, the impact of miscarriage is often underestimated.” —  Janet Jaffe, PhD, clinical psychologist at the Center for Reproductive Psychology in San Diego

It is normal to grieve the loss of a child. Depression, anxiety, and struggling to be there for a healthy or living child can all happen. And the feeling of sadness is not necessarily linked to how far along a woman is when she loses her baby — that is, a first-trimester miscarriage can be just as emotionally devastating as a 22 week stillbirth. However, it is socially less acceptable to be as sad about an earlier loss than a later loss; because of this stigma combined with sometimes the inability to have a funeral, cremation, or the chance to hold their child, many women and families experiencing early loss feel their grief, sadness, and other emotions are not valid.

We as a society can do a better job at recognizing the preciousness of human life from its earliest stages and validating the loss of a child at any age. When we do this, we allow families to go through a healthy grieving process which eventually leads to healing. By discounting someone’s pain at the death of their child, we stifle the chance for that person to deal with their emotions and find healing. Here are some resources we can use or point others to which can allow for freedom of expression of a parent’s grief, offer financial support, and give advice for how to emotionally and physically support parents who have experienced a pregnancy or infant loss.

Now I Lay Me Down to Sleep helps parents by offering free photography sessions of them and their lost baby with volunteer photographers. Sometimes photos are the only thing a parent may have to remember their lost child by. They also have a page on their site with advice for those who have not lost their child, but are walking through that loss with someone else. Many of the Do/Do not sayings have already been pointed out by the parents in this series. They have some other practical advice, as well (again, some of which has already been shared by the mothers in this series).

Many times a local pregnancy help center (such as this one) has or can refer to a support group for mothers after a miscarriage, stillbirth, or infant death. A hospital’s maternity ward may also have recommendations for local counseling or support groups.

Other organizations which offer support groups, counseling, commemorative service, and/or financial help after a miscarriage, stillbirth, or infant loss are: The Fletcher Foundation, Baby Loss Doulas, MISS Foundation, Share Pregnancy and Infant Loss Support, The Tears Foundation, M.E.N.D., Postpartum Support International, and First Candle, to name a few. There are a few more resources (including international and UK-based ones) which can be found here.

Finally, for mothers and families experiencing a rainbow baby, PALS – Pregnancy After Loss Support offer online support groups and other resources to help navigate the grief and joy and other emotions that may be felt during this time.