Stories of Loss: The Faces of Pregnancy and Infant Loss Awareness Month Part 2 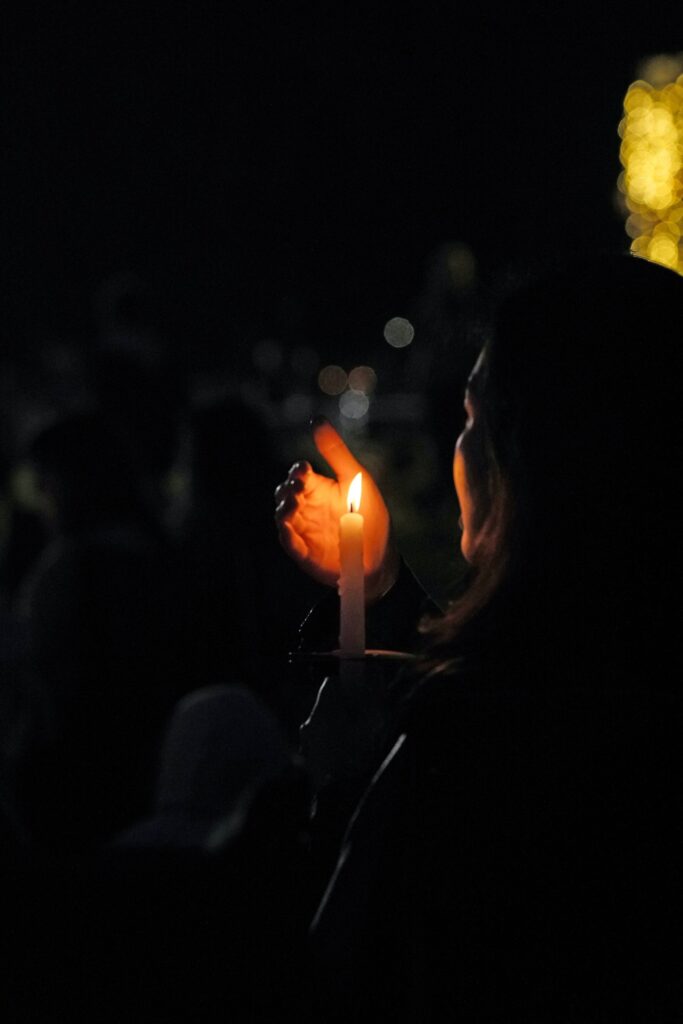 This is the second part of the small series this month highlighting stories of loss by parents. The first part with the first two stories from Hannah and Julianne can be found here.

In 1988, President Reagan in 1988 set aside October to be Pregnancy and Infant Loss Awareness Month to honor the unique grief parents feel and to show them support. He said,

“When a child loses his parent, they are called an orphan. When a spouse loses her or his partner, they are called a widow or widower. When parents lose their child, there isn’t a word to describe them. This month recognizes the loss so many parents experience across the United States and around the world. It is also meant to inform and provide resources for parents who have lost children due to miscarriage, ectopic pregnancy, molar pregnancy, stillbirths, birth defects, SIDS, and other causes.”

My hope is that by providing an outlet for parents to share their loss, as well as publicly sharing their stories, I can help destigmatize the sharing of their stories and their grief. I also hope their words can help those who have not experienced this kind of loss to learn how to support those in their life who have.

Below are two more stories from women who have chosen to share their experience.

“I’ve had 4 1st trimester losses, and each one has been devastating. My 2nd loss was by far the worst. We had moved cross-country 8 weeks after the birth of our 3rd child and decided we didn’t want anymore. We went as a family to the doctor and despite my misgivings went ahead with the [Depo] shot after a negative test. A week later I felt off and decided to take a test at home, and it was positive. We eagerly went in for our first US, kids in tow. Seeing our tiny, still baby on that screen with no heartbeat was one of the worst moments of my life. I knew taking the depo had ended my child’s life, despite what the doctors claimed. We decided to have a D&C due to there being zero signs of an impending miscarriage and I went in the next day. We had no friends or family to call on to watch our other children so my husband had to leave me in the hospital and leave with our screaming 3 year old, a 2 year old and a 12 week old in tow. The hospital chaplain came by and I absolutely fell apart in his arms. I was so lonely and having this comforting man in front of me was an answer to a prayer I didn’t know how to make. Going into surgery was indescribable. I cried while I fell asleep, the doctor softly stroking my forearm. When I woke up I cried out for my baby, and then a darkness settled in that wouldn’t leave me for another 11 months. Months of depression and rage followed; I became a different woman overnight, and everyone around me suffered. I don’t know how my husband did it, putting up with my outbursts of rage. My children took the brunt of it. With every bout of bleeding that followed every other week my depression and anger increased. My husband said he lost his wife and child that day. I gave up on getting pregnant again and eventually the intermittent bleeding stopped. Almost a year later I found myself pregnant, and I swore I would never take hormonal contraceptives again. With her birth I was finally able to begin the long road to healing.

Samantha said what gave them the most comfort during their second loss was “the hospital chaplain, the kindness of a stranger at Bass Pro shops who spoke to my husband while he waited for me to be discharged, and our faith in God.” And on the other hand, when asked about something which was said or done which she wishes had not been said or done, Samantha shared, “The one thing that bothers me the most is how my lost children are discounted by so many people as not real children because they weren’t born alive.”

To someone who has recently lost their young child or is figuring out how to grieve a more past lost, Samantha would say, “I’m so sorry, nothing I can say will ease your pain, but I am here for you if you need to talk.” And her advice to those who have not experienced this loss but are trying to walk through it with someone they love, she says, “Listen to them as they tell their story. Mention their lost little ones as if they matter, because they do.”

“I know my losses by how much I grieved, and how much I loved my babies before I ever met them. I was about 7-8 weeks pregnant when my babies’ hearts stopped beating. In my case, I had missed miscarriages, meaning I knew their spirits had left my body before there were any symptoms of miscarriage.

My first baby, Naomi, had been lost while I was serving at a work conference. It just so happens that I know the day that she was no longer on earth, because I stopped feeling nauseous. I remember waking up and thinking I felt great and so excited to serve our community for the day. The organization I worked for was providing ultrasound training and I had agreed to be a model for women to practice ultrasound. In a rush of excitement, surrounded by at least 8 women and men, I found out that my baby had no heartbeat. In shock, and in a crowd I found out that my baby was gone. My husband was at home, and I was unsure of how to respond. Strangers were sharing their words of comfort and some “wisdom.” My co-workers tried to make space and arrange transport home so that I could grieve and seek peace, out of the eye of nearly 1,000 conference attendees. I am thankful for them. The call home to my husband was horrible and I am not fully sure he understood all that happened through the tears which I could not control. One of the attendees from the ultrasound workshop lived about halfway between my home and the conference and offered to drive me back to her hometown. She was divinely appointed to help calm me and show me Jesus by just being present in my raw anguish as I longed to be held by my husband and comforted. As we drove, we talked, she listened, and I listened. One thing I remember is that she didn’t try to tell me how to grieve or why this happened. She was just present. My husband met us at the halfway point and I know that drive was painful for him as well. We mostly sat in silence after we cried together. The weeks that followed held more of our community gathering around us and showing us the hands and feet of Jesus. We received meals, prayer, space to just sit in silence, and comforting hugs from many who had also lost babies earlier than anyone could expect. In that time I had the Lord reveal his kindness and comfort to show me that Naomi mattered. I did have surgery to release her body as my pain in the contractions was severe and it did not lessen as time went on. Being such, my Naomi was moved to a cemetery with a beautiful memorial for lost babies with a depiction of Jesus holding little children. This space is a piece of hope through the pain.

When I lost my second baby, I had held my breath and waited to bond, for fear that I would lose again. And then I did. Through this loss, I heard the Lord clearly say two things. He told me I know who wins this battle in the end and that I was going to keep fighting. These inner words from His Spirit comforted me and gave me hope. They also helped me to not go into a mindset of despair. We again had so much love from our community and were able to grieve and take time to name our baby, Jade, and receive God’s goodness and hope. And thankfully, that makes the grief bearable, because it is not permanent.”

Hannah said what comforted her and her husband the most were “physical needs being met, meals, the lawn being mowed by a friend, space to take time off work, a hug from friends and family, and those close friends who just sat with us and didn’t offer advice but just came into our grief with us.” She shared a few statements people made that were not helpful or comforting. “Someone said to me that this baby was not meant for me, that God knew this child was not meant to live. It is also common to hear that everything had a purpose and we may not understand but it is his plan.  (While he will use anything for good and does, this is a twisting of scripture and really horrible thing to say) This is also not the time to tell someone that they will have a child someday.”

To those who have experienced such a loss of pregnancy or an infant, Hannah explains what is comforting is different for different people:

“My prayer is from Psalms, and is one that someone shared with me: God binds the wounds of the broken hearted. In that, I also hope and pray that each tear and sorrow would be a balm, bringing forth healing and comfort from a God who cares.

What helped me heal may not be the same as someone else, what is universal is that grief comes in waves, and we each need to take it one wave at a time and heal over time. Our babies’ lives have meaning and are significant. They are worth grieving.”

Finally, to someone who is trying to walk through the loss of a child with someone else, Hannah offers this advice:

“Just be present. If you think ‘I don’t know what to say,’ don’t say anything! Offer a hug, bring a meal, a cup of coffee, and just be in the silence. If you haven’t been through a loss this is the most comfort. And if you have, realize that everyone will experience grief differently, so make sure that you give space to allow them their own process to heal.”