REVIEW: Why Everyone Needs To See The ‘Unplanned’ Movie 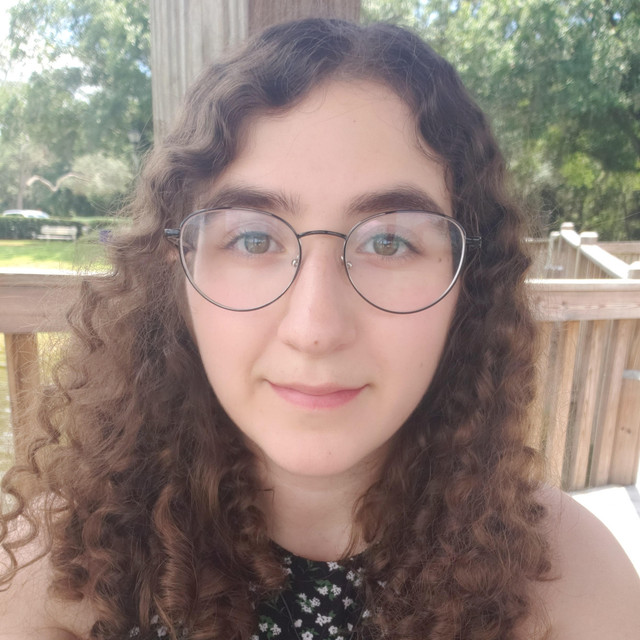 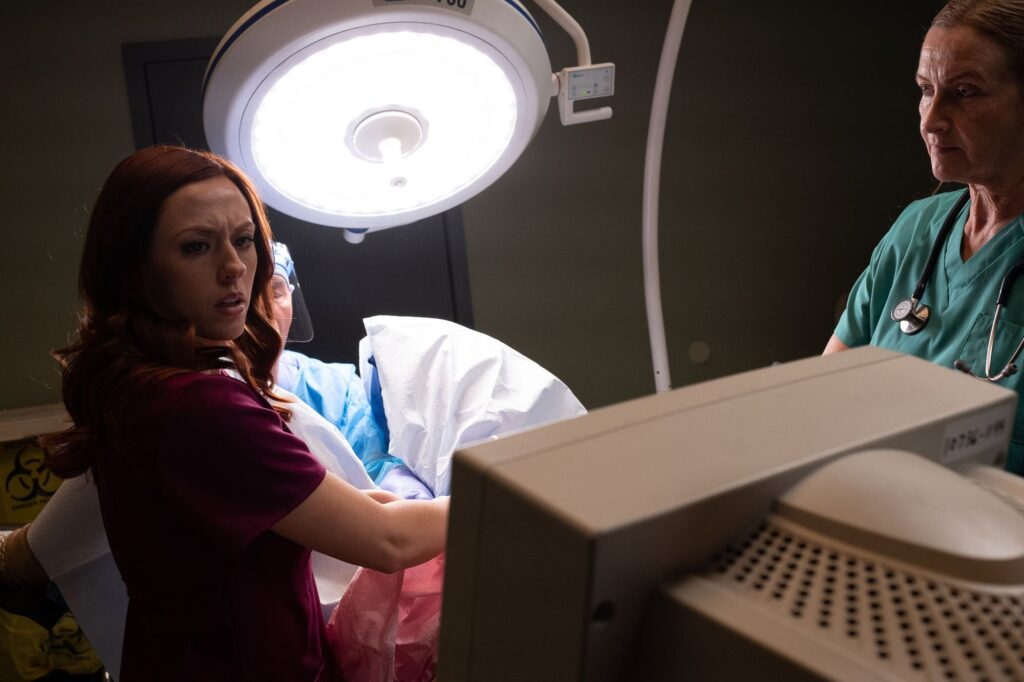 The Unplanned movie hits theaters this weekend—but it is likely you have not heard of it. Accurately named, Unplanned is the movie the media never saw coming. So, what is it about, and why the controversy?

Unplanned is the true story of former Planned Parenthood director Abby Johnson leading up to the life-changing moment she quit and became pro-life. This movie is not made up to support any agenda. It is real, and it is real powerful. Curious to learn more? Watch the trailer below, then continue reading to learn why everyone, no matter what they believe about abortion, needs to see Unplanned.

I had the opportunity to see Unplanned at an early screening before its release on Friday, March 29, 2019. Having long been an admirer of Abby Johnson, I was personally thrilled yet hesitant to see the movie based on her book of the same title detailing her long, unexpected journey as a volunteer and later director of one of the leading Planned Parenthood locations in Texas at the time. I was initially hesitant because movie adaptations of true stories can often become twisted and misrepresentative depending on the production team’s intentions. However, this is not the case for Unplanned. It presents the many complicated sides of abortion and women’s care with an ultimately hopeful and not condemning tone.

If you do not actively follow pro-life news, there is a fair chance you have not heard of the movie until now. Many TV networks have outright refused to run advertising for Unplanned, along with the largest Christian music network K-LOVE (which only recently decided to allow advertising for the movie due to high audience demand). These refusals may partially be because of Unplanned’s R-rating, along with its focus on such politically charged topics as abortion and Planned Parenthood. The rating came as a surprise even to co-producers Cary Solomon and Chuck Konzelman.

The movie contains no sex, no nudity, no strong language, and no graphic violence in comparison to most other R rated films. So, why the R rating? Likely because of two scenes—when Abby assists in an abortion procedure and witnesses an abortion (recreated via CGI) through a sonogram and possibly another scene where Abby experiences intense hemorrhaging after undergoing a chemically induced abortion of her own. (More on the details of these scenes later.) Some people have been very upset that Unplanned is rated R, which inherently implies that a 17-year old girl is not legally allowed to see a movie about abortion without an adult, yet she could have an abortion at the same age without parental consent in many places. On the other hand, many others, like myself, see the rating as a blessing in disguise that may interest people who may not have otherwise been inclined to see it.

If you are interested in seeing Unplanned, or if a friend is suggesting you come along despite your uninterest, I will share with you my quick, personal review. While Abby Johnson’s life story is public and recorded in her book, I will still avoid as many spoilers as possible.

If I could capture the essence of Unplanned in a single word, it would be real. This is not to say there is any doubt that any of it is not real or truthful. What I mean by real is that it captures real life. All of us, whether we identify as pro-abortion, or pro-life, can find ourselves in this story. It may be a movie, but it is not a story that comes “wrapped up in a pretty bow.”

To keep going with real, I will be honest—the overall acting of the movie is not the most amazing  acting that movie screens have ever seen. But you know what? I am totally okay with that. Unplanned is the story about real people, after all, not made up characters. Ashley Bratcher, who plays Abby Johnson, does a fantastic job, though, and there are certainly moments where the supporting cast really makes the difference, especially former abortionist Dr. Levatino who took on the role of one of the abortion surgeons.

Reading a story is one thing, but witnessing it and making a visual emotional connection is another. Abby is not some woman who suddenly flipped a switch and went from one side to another without due reason. Unplanned gives us the opportunity to connect with her, especially those of us who are young women and simply want to help other women like Abby wanted.

Abby’s intentions of volunteering with and eventually directing the former Planned Parenthood in Bryan, Texas over the course of eight years were good. She firmly stood by her decision and beliefs, even when she had many opportunities to question those beliefs along the way. She was not hateful or evil, just simply a young woman who wanted to help women and make abortion “safe and rare.”

Some of the lines throughout the movie truthfully made me cringe, but not because they were bad. The repeated lines people use to argue for and against abortion are sprinkled throughout Unplanned. For someone like myself who is well aware of these now almost cliched lines, my initial thoughts were, “Really? This line?” But then I remembered that this is what real life is like. Whether you identify as pro-abortion or pro-life, you have either said some of these talking points or have had them said to you at some point or another.

For those of you who may not be as familiar with these lines, then this could be eye-opening. Either way, this is just another way Unplanned connects to reality and allows us to insert ourselves into Abby’s story.

A few scenes are intense—but they do what they need to do, and no more. There is no over-exaggeration or understatement. Unplanned opens with a pleasant morning family scene with Abby’s husband and daughter before she leaves for work, but soon after turns to the most pivotal moment of Abby’s story, the day she was asked to assist in an abortion procedure. For those concerned of how graphic the scene is, I personally found it almost unsettling how not overly graphic it was.

The audience witnesses what Abby witnessed in real-time on the black-and-white sonogram, the abortion of a 13-week old preborn person via suction. The production crew of Unplanned took care to ensure the full accuracy of the abortion procedure, from the CGI image in the movie being recreated from real sonogram images of a 13-week fetus, to the guidance of Dr. Levatino, who has performed over 1,200 abortions himself. The scene is short, and, while emotionally intense, I did not have as strong of a reaction as I was expecting. It started, was uncomfortable to watch, and suddenly was over. Now, some people may be more disturbed by the scene than others. Thankfully, these most intense scene comes at the beginning, so it is easy to close your eyes and bear with it for a brief moment, if needed.

The second intense scene is Abby’s personal second abortion, which is chemically induced via abortion pills. The concern of this scene is only blood, so that may be uncomfortable once again to some viewers. However, no graphic body parts or overly excessive amounts of blood are shown. We see Abby in an extreme amount of pain in her bathroom as she experiences hemorrhaging to the point where she believed at the time that she might die. Once again, though, this scene is a brief few minutes, so you do not need to be too concerned if images of blood make you uncomfortable.

There is a third intense scene with a small amount of blood, as well, from a young girl who nearly dies from an incomplete abortion in the Planned Parenthood where Abby worked. This scene is less graphic as the other two, in my opinion, and is not any more visual than what you might see in a TV hospital drama. Personally, though, I found this scene the most emotionally intense of them all.

The ultimate message of Unplanned is hope. I do not want to ruin the viewing experience by divulging too many details, because it is so much better experienced for yourself. Hope and love is stressed above all else. This is not a movie condemning women who have abortions or who work for the abortion industry. Rather, Unplanned is a story for all women and families who have been affected by abortion. Unplanned is the story of desperate circumstances, helping hearts, unbearable grief, facing reality, and ultimate healing.

Unplanned is a Conversation Starter

Do not be disillusioned—Unplanned is not the be-all, end-all movie on the topic of abortion. It is just one incredible woman’s story, intertwined with thousands of other people’s stories. Unplanned does not answer all of the questions and concerns people have about some of the circumstances surrounding abortion. Some of you who believe abortion is a woman’s valid right may still walk away thinking about exceptions, while others may be completely turned to the side of pro-life. Everyone has their own free will, after all.

Yet, Unplanned is still extremely powerful.

No one will be able to say “I didn’t know” when it comes to the reality of abortion after seeing Unplanned. This is why everyone needs to see it.

This reality is not just of what happens to the preborn during different types of abortions. The reality is also the physical, mental, and emotional trauma it causes women.

There is another reality of hope and healing, as well, for both women who have had abortions along with individuals who work in the abortion industry and want out or want healing. Unplanned ends with the most powerful message of all: “Your life matters.” This text is followed by an opportunity to seek out healing resources. Thankfully, the Unplanned website also provides a list of support resources and organizations that are easy to share with others.

I firmly believe Unplanned is the conversation starter that will change millions of hearts and minds. If you are curious about seeing Unplanned, do not hesitate to go see it this opening weekend, March 29-31, 2019. It is only playing in 1,000 theaters across the U.S. this weekend, but it will expand to more if the opening weekend is successful enough.

Have you seen Unplanned or will be seeing it soon? Share with us your thoughts on social media! Spread the word by sharing this review with friends on either side of the topic of abortion. It is only through real conversation, real human connection, that we can see the world from new points of view. 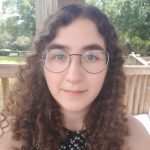