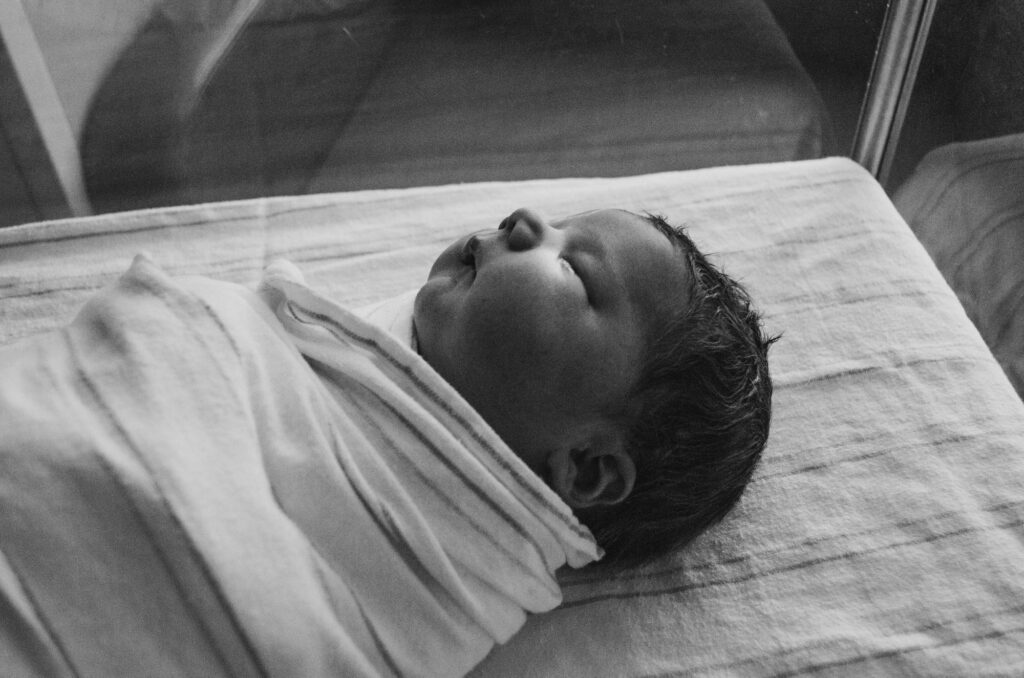 Personhood: Policing Pregnant Women in America, is a new movie attempting to show the dangers of granting fetuses personhood. The primary message is if legal rights are extended to fertilized eggs, embryos, and fetuses, women will have a high chance of being thrown into prison if they are suspected of using harmful substances which could harm their preborn children.

The film is based on the experience of Tamara Loertscher who, in 2014, was pregnant and jailed for 20 days after she tested positive for methamphetamine and refused to enter drug rehabilitation.

“The court has exclusive original jurisdiction over an unborn child alleged to be in need of protection or services which can be ordered by the court whose expectant mother habitually lacks self-control in the use of alcohol beverages, controlled substances or controlled substance analogs, exhibited to a severe degree, to the extent that there is a substantial risk that the physical health of the unborn child, and of the child when born, will be seriously affected or endangered unless the expectant mother receives prompt and adequate treatment for that habitual lack of self-control.” (Emphasis mine).

This law has been interpreted by abortion advocates as easily enabling the imprisonment of women who are pregnant. This is not true and is blatant fear mongering.

Laws are in place against child abuse but that does not mean law enforcement and state officials regularly knock on doors and invade people’s privacy to ensure children are not being hurt. Action is only taken when there is evidence to suggest children are being harmed.

If we were talking about a law meant to protect infants and toddlers from parents who abused drugs, there would be much less stigma surrounding this law because we clearly recognize the importance of law enforcement stepping in to protect children when their parents are abusing, neglecting, or harming them. However, since this law is about preborn humans, there is such outrage as our society falsely views them as not persons with rights.

A false assumption in Personhood is women will no longer be seen as human beings with rights and dignity if the preborn child is granted rights as well. The two are not mutually exclusive. The pro-life position is that human beings, born and preborn, are valuable and should be treated with dignity and respect. That includes the woman when she is pregnant. Both lives matter and both should be protected and loved.

If the Wisconsin Unborn Child Protection Act were written in a vague manner making it so pregnant women could be easily subjected to involuntary confinement based on weak evidence they were actually abusing drugs, then I would agree this is a problem. No one on either side of this issue wants pregnant women rounded up on unfounded suspicions of drug abuse. There needs to be clear and convincing evidence of such abuse before someone is taken into custody with the purpose of protecting the preborn child and helping the woman.

The outrage over this statute hinges on the reality that preborn children are not considered equal in value to the woman. Furthermore, the humanity of the preborn and their right to their own bodily autonomy is ignored.

Prevalent in the abortion debate is this idea women have bodily autonomy to do what they please with their own body. I wholeheartedly agree. A woman’s right to her body should be respected and protected. However, when the desire to exercise bodily autonomy extends to using our bodies to harm or kill someone else, our bodily autonomy rightly becomes limited. Laws against rape, murder, and sex trafficking interfere with how some people want to use their bodies. We clearly recognize the laws against these actions as being just because they protect innocent people from unjust violence.

Pregnancy gives us two people with individual bodies. When the rights of two people come into conflict and one has his/her right to life at stake, the right to not be killed unjustly prevails. The preborn are living, distinct, whole human beings who just need time to develop and grow. Their vulnerable state should not be exploited and used against them. Using power to crush someone else is not liberating and should not be seen as “choice.”

The language used to refer to preborn humans in this film and in our culture at large attempts to persuade people preborn human beings are not really human and should not be granted any rights. Fertilized egg, zygote, and embryo are the terms used to describe an innocent, preborn baby in Personhood. The term fertilized egg is a misnomer. When an egg is fertilized, the egg does not exist anymore and what we have is a zygote. Zygote is just a term denoting a level of development for a human being in a very early stage of life. The same goes for the term embryo and fetus (fetus means “offspring” in Latin). We use terms like infant, toddler, adolescent, teenager, and adult to refer to the age of a human being.

When a large group of humans lose their basic human rights, the language used to describe them is intentionally changed with the purpose of trying to convince people this “other group” is lesser and not “like us.” This is what has happened to the preborn.

Whenever you listen to the media and abortion advocates defending abortion you hear about the importance of choice and the importance of woman’s freedom to do as they wish with their bodies. Let’s remember what “choice” and “freedom” mean in this context. Choice and freedom in the abortion conversation have to do with a right to a dead baby. Our rights as human beings do not extend to having the right to kill someone else who is in our way.