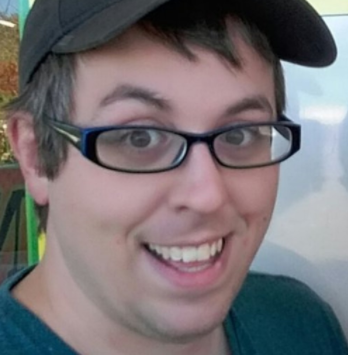 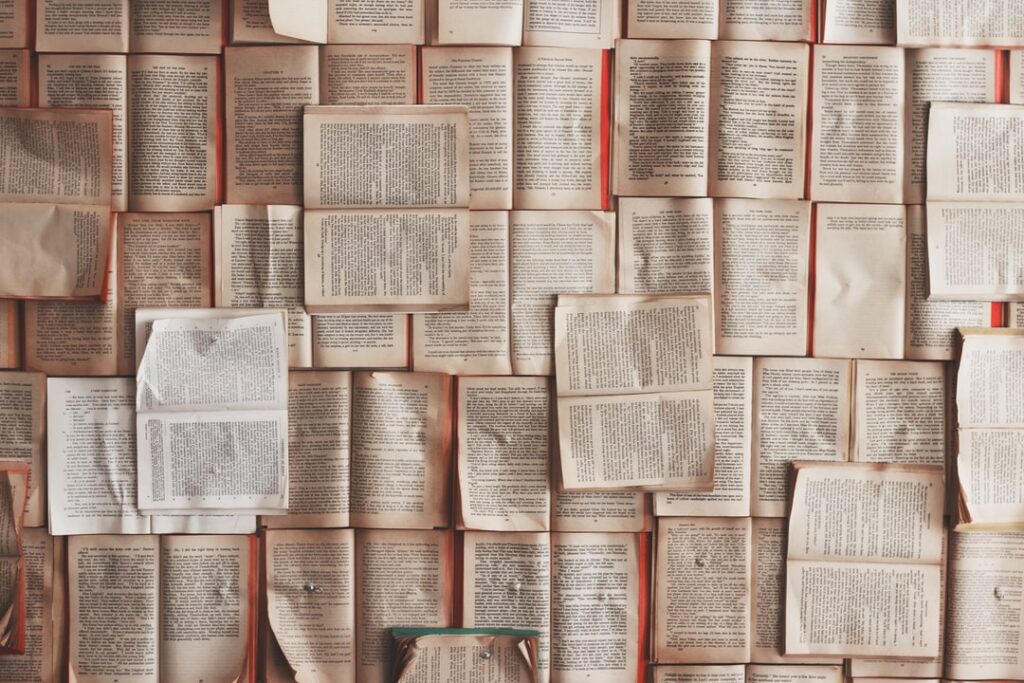 Have you ever been in a conversation with someone advocating for the choice of abortion but they themselves could not get past the biological and medical truths which prove the prenatal entity is in fact:

Or maybe they would even deny the very fact that abortion is:

It is ironic how people who advocate for such a choice also consider it to be a “difficult, private decision for a pregnant woman,” but cannot reconcile why it would be difficult in the first place. If the procedure of abortion is not accurately described from the list above as being a deliberate, violent act of killing against a distinct, biologically living human being —if it is concretely none of those things —then I would be happy to hang up my pro-life hat today and concede the pro-choice position is morally neutral and completely acceptable to advocate for. Women’s March, here I come!

However, the pro-life worldview cannot concede these if positions… because they are just not true.

But why do so many pro-choice advocates refuse to concede these facts? Why do they cling so tightly to their blatantly false assumptions? The pro-life movement has already won these arguments regarding what the prenatal preborn human is, and what abortion does to that very prenatal preborn human. We have known this information since before Roe v. Wade.

As seen in the list below, the most prominent pro-choice leaders concede these very simple facts surrounding the abortion debate. You will read quotes from many pro-choice voices, including abortion doctors, authors, professors, philosophers, atheists, filmmakers, etc. All this month in November, HDI will be highlighting each one of these quotes every day and reminding everyone how much #ProChoiceConcedes.

So how can so many voices in the pro-choice movement make these claims to concede certain aspects to us, the pro-life movement, and still accept and advocate for abortion as morally permissible? As Scott Klusendorf says, “Maybe our problem isn’t rhetoric, but behavior. Abortion-choice activists know abortion is killing. They just won’t live with that truth.”

“When we try to act like a pregnancy doesn’t involve human life, we wind up drawing stupid semantic lines in the sand: first trimester abortion vs. second trimester vs. late term, dancing around the issue trying to decide if there’s a single magic moment when a fetus becomes a person. Are you human only when you’re born? Only when you’re viable outside of the womb? Are you less of a human life when you look like a tadpole than when you can suck on your thumb?”

“But anyone who has ever seen a sonogram or spent even an hour with a textbook on embryology knows that emotions are not the deciding factor. In order to terminate a pregnancy you have to still a heartbeat, switch off a developing brain, and, whatever the method, break some bones and rupture some organs.”
“Minority Report,” Nation, 4/24/1989

“Clinging to a rhetoric about abortion in which there is no life and no death, we entangle our beliefs in a series of self-delusions, fibs and evasions. And we risk becoming precisely what our critics charge us with being: callous, selfish and casually destructive men and women who share a cheapened view of human life… we need to contextualize the fight to defend abortion rights within a moral framework that admits that the death of a fetus is a real death.”
“Our Bodies, Our Souls,” The New Republic, October 16, 1995, 26.

“Hence I have always frankly admitted that abortion is murder, the extermination of the powerless by the powerful. Liberals for the most part have shrunk from facing the ethical consequences of their embrace of abortion, which results in the annihilation of concrete individuals and not just clumps of insensate tissue.”

“We have reached a point in this particular technology [D&E abortion] where there is no possibility of denying an act of destruction. It is before one’s eyes. The sensations of dismemberment flow through the forceps like an electric current.”

“[The idea of] dismembering a baby and pulling it out in pieces … is obviously horrific. But at the same time, it is easy to get caught up in that emotion.”

“Most of the abortions in America are about convenience… I remember feeling conflicted about the magic of being pregnant. I felt electricity running through my body. Not for a minute did I not think of it as a life. I knew it was a baby.”

“I think we have deluded ourselves into believing that people don’t know that abortion is killing. So any pretense that abortion is not killing is a signal of our ambivalence, a signal that we cannot say yes, it kills a fetus.”
“Speaking Frankly,” Ms., May/June 1997, Volume VII, Number 6, 67.

There are many sperm cells in the [seminal] fluid. If one of them meets an egg cell inside the mother, new life can begin to grow . . . if one of your friends is pregnant, ask her to let your child feel the baby move . . . a baby grows in a special place inside the mother, called the uterus — not in her stomach.  In nine months, it is born . . . “
Faye Wattleton, “How to Talk to your child about Sexuality” (Garden City, New York: Doubleday Inc., 1986)

“We can accept that the embryo is a living thing in the fact that it has a beating heart, that it has its own genetic system within it. It’s clearly human in the sense that it’s not a gerbil, and we can recognize that it is human life.”
“Abortion: A Civilised Debate,” Battle of Ideas (London, England, November 1, 2008)

“Abortion is in some sense an act of violence, and indisputably results in the termination of a life.”
Kathleen McDonnell, Not An Easy Choice: A Feminist Re-examines Abortion, (Second Story Press, 2003).

“The [saline] solution is lethal. It kills the baby in the womb. Then the woman whose fetus is too large to abort by suction curette must go through labor and finally, 24 or 36 hours later, exhausted, she delivers a dead baby.”
Barbara Lang Stern, Woman’s Doctor: A Year in the Life of an Obstetrician-Gynecologist, (New York: Morrow & Company, 1973, p 207).

“It is important to understand that while abortion does involve the taking of a human life because all life that is in and of a human being is human life in order to call it murder we would have to believe that prenatal life in the early stages of pregnancy is a human person and that there were absolutely no reasons that justified the taking of that life … “
Marjorie Reiley Maguire and Daniel C. Maguire. “Abortion: A Guide to Making Ethical Decisions,” Catholics for a Free Choice, September 1983.

“An abortion requires an operation. It kills the life of a baby after it has begun. It is dangerous to your life and health. It may make you sterile so that when you want a child you cannot have it.”

“It is possible to give ‘human being’ a precise meaning. We can use it as equivalent to ‘member of the species Homo sapiens.’ Whether a being is a member of a given species is something that can be determined scientifically, by an examination of the nature of the chromosomes in the cells of living organisms. In this sense there is no doubt that from the first moments of its existence an embryo conceived from human sperm and eggs is a human being.”
Practical Ethics,2nd ed. (Cambridge: Cambridge University Press, 1993, 2008), 85-86.

“Perhaps the most straightforward relation between you and me on the one hand and every human fetus on the other is this: all are living members of the same species, Homo sapiens. A human fetus after all is simply a human being at a very early stage in his or her development.”
Practical Ethics,2nd ed. (Cambridge: Cambridge University Press, 1993, 2008), 85-86.

“I ask you not to assume that I am indiscriminately for abortion. Believe me, I am not. Aside from the fact that abortion is the taking of a life, I am also mindful of what was brought out by our psychiatrists – that in almost every case, abortion, whether legal or illegal, is a traumatic experience that may have severe consequences later on.”

“No new life begins unless there is conception.”
“The Pope’s Position on Birth Control,” January 27, 1932. The Selected Papers of Margaret Sanger: Volume 2. (Urbana and Chicago: University of Illinois Press, 2006), 150.

“We of today know that man… starts life as an embryo within the body of the female; and that the embryo is formed from the fusion of two single cells, the ovum and the sperm. This all seems so simple and evident to us that it is difficult to picture a time when it was not part of the common knowledge.”
Life in the Making: the Story of Human Procreation (New York: Viking Press, 1933) p. 3.

Dr. Bernard Nathanson – former co-founder of NARAL and abortionist (before he became pro-life)

“Abortion is killing. Nobody can argue with that. When the fetus is inside the uterus it is alive and when the pregnancy terminated it is dead – that by any definition is killing. … I think abortion is the destruction of something which is potentially irreplaceable, human and of great value, which is the tragedy of abortion.”
Miriam Claire, The Abortion Dilemma: Personal Views on a Public Issue (New York: Insight Books, 1995), 59.

“I think it’s apt – destruction of life. I’ll be frank. I began to do abortions in large numbers at the time of my divorce when I needed money. But I also believe in the woman’s right to control their biological destiny. I spent a lot of years learning to deliver babies. Sure, it sometimes hurts to end life instead of bringing it into the world.”
Norma Rosen, “Between Guilt and Gratification: Abortion Doctors Reveal Their Feelings,” New York Times Magazine, April 17, 1977 p 73-74; 78.

“I look at the instrument table where next to the leg, and next to a mess he calls the rib cage but that I cannot recognize, there lies a head. It is the smallest human head I have ever seen, but it is unmistakably part of a person.”
Magda Denes, In Necessity and Sorrow: Life and Death Inside an Abortion Hospital, New York: Penguin Books, 1977

“…but now there was something inward happening, a baby growing, a tiny girl. (Because Barack’s a fact guy and I’m a planner, finding out her gender was obligatory.) We couldn’t see her, but she was there, gaining in size and spirit as fall became winter and then became spring. I was the process, indivisible from this small, burgeoning life that was now throwing elbows and poking my bladder with her heel. I was never alone, never lonely. She was there, always…” Michelle Obama, Becoming, Crown: November 13, 2018, p 190. 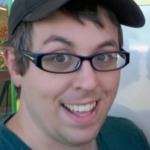