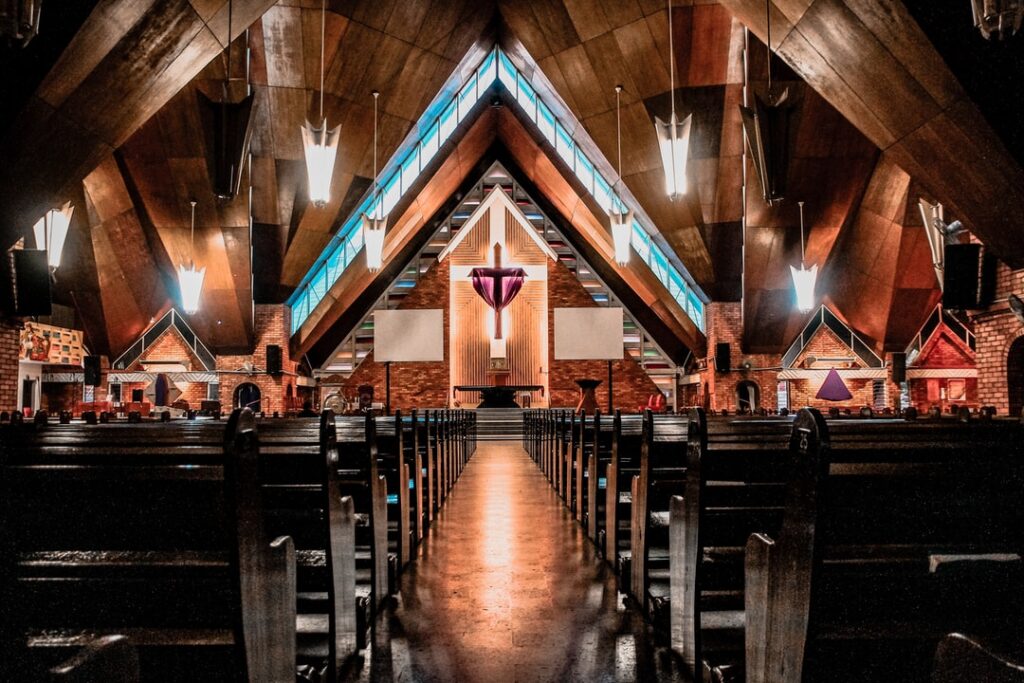 “Keep your rosaries out of my ovaries!” pro-abortion activists yell.

Argentina, one of the most Catholic countries on the planet, is now coming into a controversial wave of social movements. Argentinians, of whom over 90% are baptized Catholics and under 20% claim to be practicing Catholic, believe the Church has an unwarranted hold over the country’s politics, especially when it comes to abortion. This has caused many pro-abortion Argentinians to leave the Catholic Church over its firm pro-life beliefs.

The Catholic Church in Argentina, which gave rise to the present head of the Church, Pope Francis, has been consistently vocal in social issues. The pro-life position of the Church has been somewhat in line with the views of the country but the #NiUnaMenos feminist movement insists pro-life is by no means the majority position among women. Women, poor women are primarily pro-abortion, according to the movement’s leaders.

The tension has increased in the country after a bill to legalize first trimester abortion was rejected by Argentina’s senate in August. Since then, the efforts of feminists have been revamped to reject the opinion of the Church in socio-political matters.

Another divide is characterized by those who were baptized but share no practical relationship to the Church and practicing Catholic believers. These individuals who have no active relationship with the message of the Church essentially believe the Church’s opinion should reflect in canon law. Canon law differs from civil law in that it is only binding on those who are members of the Church.

Argentina’s secular movements reveal a shred of desire to keep the Church and the State wholly separate. They believe the religious positions held by many should not be applied to everyone, with no exception to those who refute such religious tenets. Even “cradle Catholics” are still technically members of the Church which would bind them to the canon law they informally reject. This begs the question of what moral truths underlie the canon law that should be applicable in civil law.

The rise in the abandonment of the religion, otherwise known as apostasy, has been a socio-political phenomena in a few ways. Leaving the Church as a means of protest speaks to further doctrinal disagreement between some argentinians and the tenets of the faith. Another way to view the apostasy is positively. Perhaps apostasy strengthens the Church insofar as it allows the Church to stand firm on its doctrine without facing internal deviations. Further, the Church’s firmness on social issues allows people to come face-to-face with existential truths they themselves hold. If one holds truths outside of the Church then they are at liberty to pursue them as their own entity or whatever entity they wish to identify with. It would also allow the Church’s records on its members to be more accurate and transparent. The Church is able to use its own membership data in their lobby for whatever policies they wish to support.

If pro-choice individuals are still linked to the Church it could skew the representation of civic opinions held by those who are members but disagree with the Church. Apostasy is always heartbreaking, particularly when its catalyst is an issue so close to Catholic moral teachings and a more broad social ethic which seems to have been forsaken world-over. Apostasy in this regard, although still tragic in many ways, serves to separate spheres of advocacy in society so as to not contradict one’s own principles. It is not the apostasy which is striking since one may not coerce another’s faith. It is the politicization of an intimate choice to shun an uncomfortable moral lesson. However, all this does not answer the question of abortion.

Pro-life positions are held by the majority of the country even outside of Catholic adherents. We must refrain from equating moral issues taken up by the Church with the moral issues themselves. In a democratic scheme, void of the alleged Papal influence over the argentinian government, it is highly likely that abortion would still be illegal.

It would take years of incrementalism to provide something mildly compatible with the wants of pro-choice argentinians. Non-Catholic argentinians are overwhelmingly pro-life. Younger argentinians are more likely to support abortion than older.

The negative correlation between age and those who identify as pro-life highlight the traditional nature of the country’s social environment— which was created with the support of the Catholic Church. Like the United States, Argentina has mainly quarrelled with the Church over life at conception, divorce and same-sex marriage. Remember, the Church and its members have speech rights which allows it to endorse its ideas and those who promote its ideas.

Pro-choice groups in Argentina seem to have more of a problem with the Church and the State being in tandem than the issues represented. Groups such as Mothers of Plaza de Mayo express disdain for the government’s alleged kidnapping of children for military and blackmarket purposes. Apprehension towards trust of the government in providing security for children who are already born seem to be hypocritical among the people. This tandem is the final straw for many people.

Those who do not explicitly support abortions refuse to support the totalitarianism of the argentinian government. The people are blinded by the treacherous methods the government would use to enforce illegal abortions. Admittedly, just as the public and private should remain separate so should the Church and the State. The Church however, is not the entire moral backbone of abortion issues which a great deal of secular argentinians have proven.

The Church will use power at its own discretion for the causes which align with the Church. The Catholic faith should not be a scapegoat to ignore, in a democratic light, the secular opposition to abortion and in a moral light, the condoning of murderous tactics simply to avoid government intervention. Again, moral imperatives are being forsaken for political action. The framework of the laws being presented grapple with issues not yet fully conceptualized in the United States.

There is no set solution for how to legally deal with women who have abortions if they were illegal, no clear legal prescription even states such women would be imprisoned. Talk of abortionists facing legal penalty is expected, however, the details have not been discussed in regards to how to charge and sentence in such cases. Argentina holds that women should serve four years for having an abortion.

Women’s rights activists in Argentina have latched on to similar post-modernisms as those implored in the United States to argue for the disproportionate harms of children being born to impoverished mothers. Thus, if a mother cannot enrich the life of the child once born, the mother  has the right to take the life of the child. Murder is used as a deterrent to a presupposed misery— another tenant the Church does not hold. Abortion is the leading cause of maternal death in Argentina.

Catholics nor the Catholic Church should act with malice towards the pro-choice side of the aisle. The Church and Jesus, whom the Church represents, must continue to advocate those principles, such as life, which are continually reaffirmed in Catholic doctrine. May we pray that Argentina’s moral dilemma is not eclipsed in the presence of the turmoil between the Church and its followers.