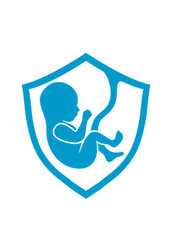 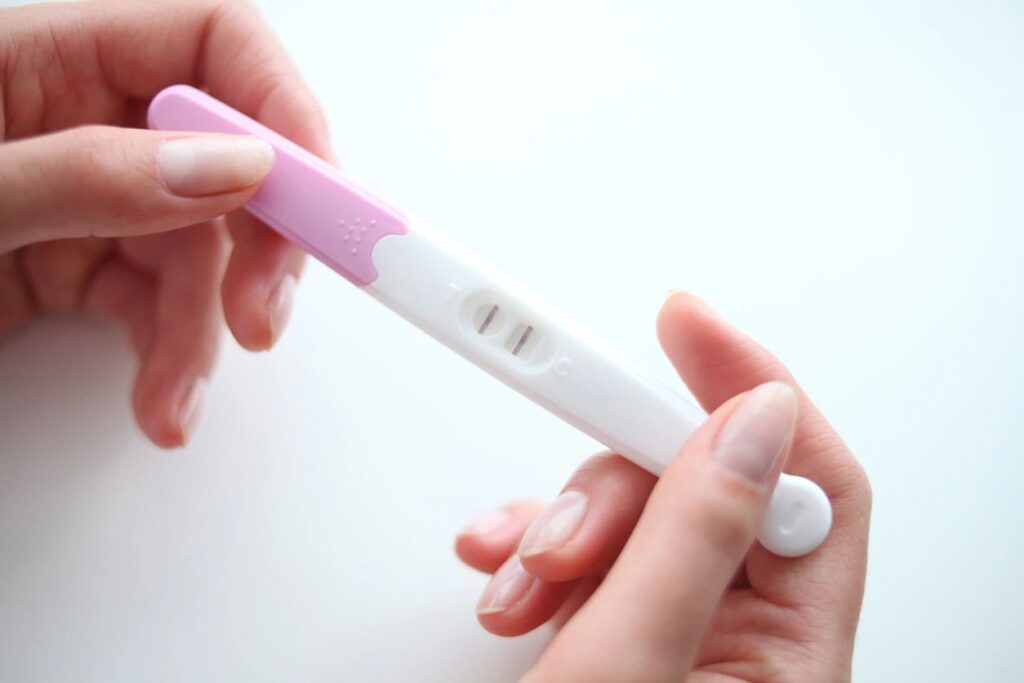 A Response to Dr. Fitzgerald’s Claims about Ectopic Pregnancy

“Until you have inserted a laparoscope into a dying patient’s abdomen full of blood you do not get to even breathe the inconceivable, femicidal falsehood that an ectopic pregnancy is a person.”

Dr. Fitzgerald is an OBGYN and Assistant Professor at the University of Pittsburg School of Medicine. She works in the Department of Obstetrics, Gynecology & Reproductive Sciences, Division of Urogynecology & Reconstructive Pelvic Surgery. Specifically, she is at UPMC Magee-Womens Hospital.

U Pitt, UPMC, Magee, and various Pittsburg-area Planned Parenthoods are all connected via fetal tissue research. This is research involving the tissue from aborted fetuses, supplied by Planned Parenthood, UPMC, and UPMC-Magee Women’s Hospital. Magee and UPMC do more abortions than any other hospitals in PA and supply a large number of the human fetuses for experimentation — humans who were very close to or right at current viability standards (18-22 or 24 weeks old in many cases), humans who can certainly feel pain at that point of development, who look human, and some who could even survive with medical assistance. U Pitt is not one bit apologetic about killing babies in barbaric ways for research. All that to say, Dr. Fitzgerald’s employer is really not going to have a problem with one of their doctors saying ridiculous stuff like this.

1. Ectopic pregnancy treatment is not an abortion. Abortion providers like Dr. Jen Gunter know this much. Even Planned Parenthood knows this much.

I’m starting with this not because Dr. Fitzgerald said or even implied that treatment for ectopic pregnancy is equal to an induced abortion; I am starting here because unfortunately, I know many pro-choice people like her use treatment for ectopic pregnancy as a shield to hide behind while advocating for induced abortion in non-emergency cases (certainly many pro-choice people in her replies think so).

So let’s just make this very, very clear and get it out of the way first: The two are not the same. Even abortion provider and pro-choice activist Dr. Jen Gunter recognizes this, as well as Planned Parenthood.

“For the purpose of surveillance, a legal induced abortion is defined as an intervention…that is intended to terminate a suspected or known ongoing intrauterine pregnancy and that does not result in a live birth.”

1b. Treatment for ectopic pregnancy and induced abortion are totally different ICD-10 codes.

Who cares about ICD-10 codes? What the heck are they?

Doctors care about them a lot. They are used for medical insurance billing, statistics, and tracking purposes. It is very important data for the CDC to have for tracking morbidity in the U.S. ICD-10 codes are an international standard of diagnostic codes for diseases and conditions.

“The ICD-10-CM (International Classification of Diseases, Tenth Revision, Clinical Modification) is a system used by physicians and other healthcare providers to classify and code all diagnoses, symptoms and procedures recorded in conjunction with hospital care in the United States. It provides a level of detail that is necessary for diagnostic specificity and morbidity classification in the U.S.”

They can be a chore to look through, but the ICD-10 codes related to induced abortion and the ones for ectopic pregnancy can be found at the respective links. Notice they’re not the same.

2. Saving a life at the possible expense of another can happen in emergency and triage situations.

This does not mean the other person’s life wasn’t valuable. It’s called the principle of double effect, not hypocrisy.

I am sincerely very glad that Dr. Fitzgerald has apparently saved a woman’s life in such an emergency situation. She has likely done a lot of amazing work helping women recover after pregnancy and has maybe even saved multiple lives. Contrary to her thoughts about pro-life people, as seen in some of her other social media posts, we do not wish for women to die nor do we oppose saving pregnant women’s lives, even if it means her child may die. If the woman dies, her child also dies anyway. Again, the principle of double effect is at play with an ectopic pregnancy treatment — and only some of the time, at that. Some studies show that less than 10% of women treated for ectopic pregnancy even had embryonic cardiac activity present at the time of the detection of the ectopic pregnancy or surgery for it.

We all have opinions not associated with any situation we’ve personally been involved in. We also all have more than opinions about actions taken in such situations — we have moral values and standards not rooted in mere personal experience. Something like moral values, ethical principles, and what is right and wrong must be rooted in more than personal experience to have any substantial meaning.

Does experience give us sympathy and empathy, wisdom, context, compassion, and kindness for others who may go through or have already gone through the same situation? Absolutely, yes, all that and more. Personal experience in something which you hold an opinion on is not bad by any means; it is just not required for someone to hold a moral standard, philosophical idea, or ethical principle to be true about that situation. We all, including Dr. Fitzgerald, have standards and values not associated with any life-saving situation we’ve personally been involved in. And that’s ok.

We don’t need to have saved someone to say that someone else’s life was also important and also deserving of care and saving, yet who was unable to be cared for and saved. That’s not hypocrisy, that’s nuance and good reasoning (and reality).

3. Most importantly, no pregnancy is a person.

Her wording is very odd here. I cannot tell if she chose it on purpose or if, like me, she may have just been rage-tweeting ,and that was the first phrasing she thought of.

But she’s right. An ectopic pregnancy is not a person.

This seems so blindingly apparent that I am really hoping Dr. Fitzgerald mis-tweeted.

Sure, the human embryo or fetus who a woman is pregnant with may very well be a person. That is, after all, one of the biggest disagreements pro-life and pro-choice people have in this whole discourse, and it is a question which can be considered apart from any particular pregnancy scenario.

But no one is saying a pregnancy is a person (and if they are, they aren’t using the term “pregnancy” correctly, so they’re wrong). She has set up a strawman to topple down, a strawman absolutely no one I know personally has intentionally ever made. Occasionally, I have run across someone who might say a pregnancy is a person, but when we talk, we realize we’re just using terms differently and that we actually both agree: the human fetus or embryo is a person.

A human fetus or embryo is not in and of themself a pregnancy.

Dr. Fitzgerald is actually pulling an incredibly dehumanizing sleight of words in her tweet. I talk more here about dehumanizing language pro-choice people use to refer to abortion and prenatal humans. Such word choices are a pretty way to cover up what’s actually being said.

4. Finally, no law regulating abortion in the U.S. precludes treatment for miscarriages, stillbirths, or ectopic pregnancies. NONE.

Again, Dr. Fitzgerald is not stating in this particular tweet that laws against abortion prevent women from getting life-saving care. However, many of the replies to her tweet do believe women will not be able to get treatment for ectopic pregnancy or miscarriage because of laws regulating abortion. She is not doing anything to counter such stories or arguments, of course.

This is a common pro-choice tactic, just like using victims as shields and using dehumanizing language. People try to argue pro-life laws will just make doctors too afraid to be fined or go to jail for giving a woman life-saving treatment for ectopic pregnancy or treatment for her miscarriage.

Daniel Gump, who has done an enormous amount of research on abortion-related laws, case law, and court cases in the U.S. (both current and past), said,

“In the entire history of the United States, there has not been one law to criminalize treatment for any of those, either.”

So it’s not just that current U.S. laws are less barbaric than they used to be regarding such matters. No state has ever criminalized treatment for ectopic pregnancy.

If doctors are so ignorant of a law that directly affects their own work, then that is something the medical professional needs to systemically work on to change. It is not a bad law just because doctors are ignorant or scared because they can’t or won’t actually read a law — which is usually not very long nor difficult to understand.

And if any doctor is refusing to treat an ectopic pregnancy because they believe the law prevents them from doing so, call them out! Let’s see who these doctors are and who they work for so we can educate them and help their employers educate their employees. What patient wants a doctor who doesn’t even know what laws apply to them, anyway? That sounds dangerous to me. Let’s stop hiding behind stories that can’t be substantiated in any way so we can actually work together to solve the problem if the problem really exists.

Dr. Fitzgerald’s tweet was way off the mark in multiple ways. I would expect better of a doctor than to regurgitate bad pro-choice talking points and to use dehumanizing language. Misinformation spread by people who should be reputable sources of information harms everyone who may fall prey to the misinformation, and these sources of misinformation should be pushed back on.