Persons of Interest: A Response to David Boonin’s Beyond Roe, Part 3 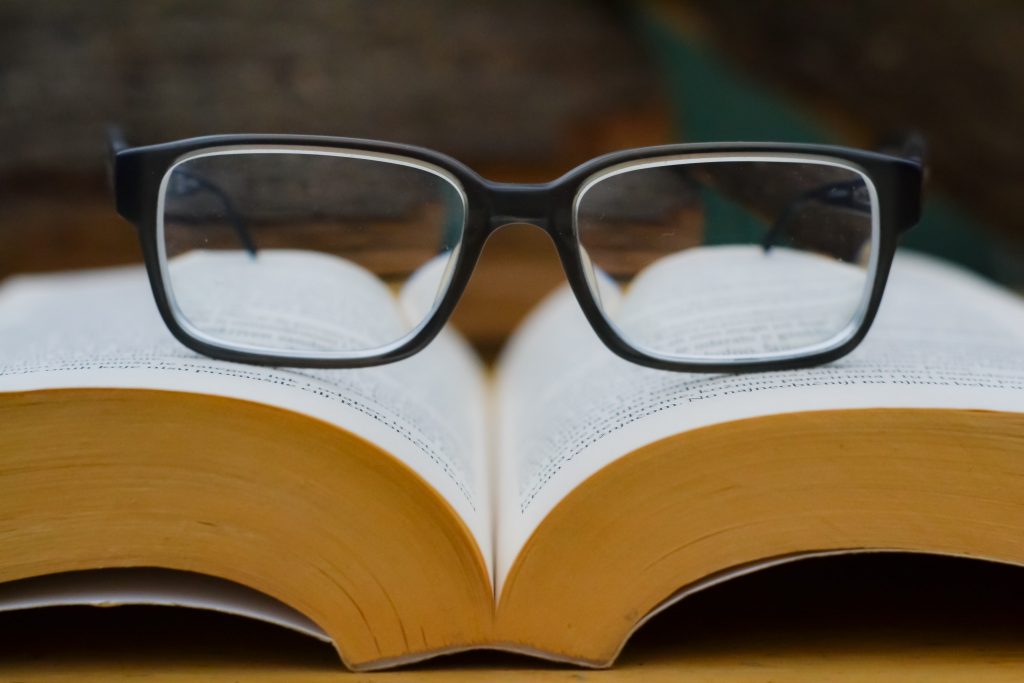 In Part 2 of this series, I argued that David Boonin’s argument logically leaves the door open for killing a born child. In chapter 10 of Beyond Roe, Boonin defends himself against such a claim. This article will assess whether his defense is successful.

To answer the question of whether his argument could be used to justify infanticide, Boonin changes the story of Robert McFall and David Shimp. In this version, Shimp willingly goes down to the hospital and plugs himself into the bone marrow transferring machine. He stays plugged into it until McFall gets all the bone marrow he needs. But three months later, Shimp begins to regret the fact that he ever let McFall use his bone marrow. He doesn’t want a cousin and decides to kill him. Boonin insists that nothing he has said so far would justify saying Shimp is allowed to kill McFall at this point. (1)

Similarly, Boonin also does not believe the story of McFall and Shimp could be used to justify infanticide:

Thus, the claim that he has defended does not justify infanticide. (3)

(Insert dramatic sigh here.) I feel like this article could have the tagline: “Oh, good. Chris is defending infanticide again.” I don’t want to. It takes my brain to a dark place. But it is where I find that Boonin’s argument leads me. Let me begin with two misleading statements that he makes.

He says that the lesson of McFall when applied to a pregnant woman is that the woman should have a right to decide not to let the child use her body. But how is he saying she should stop the child? Through abortion which actively kills the child. Make no mistake, abortion is killing the child. Pro-choice philosopher Kate Greasley outlines some of the methods.

“Vacuum aspiration or suction termination: This is the most common early surgical  technique. The cervix of the pregnant woman is stretched open and the surgeon inserts a plastic tube into the womb. The surgeon then uses a suction tube to evacuate the contents of the womb, in the process of which the fetus is dismembered by the vacuum machine. Surgical dilation and evacuation or ‘dilation and curettage’: The pregnant woman’s cervix is dilated and the fetus is scraped out using a sharp instrument, also killing the fetus by dismemberment.” (4)

Ask yourself, if you were to cut apart a regular human’s body, would that kill them?

“But Chris,” you might say, “there are other abortion methods out there that don’t involve attacking the fetus’ body.” That’s true. Greasley gives a couple of them.

“Abortion by hysterotomy, for instance, is performed through a surgical incision into the pregnant woman’s abdomen through which the living fetus is removed. Once outside the womb, the non-viable fetus dies. Abortion can also be (though rarely is) carried out by means of a hysterectomy, whereby the woman’s entire uterus is removed and the fetus with it. Again, the fetus subsequently dies not as a result of a direct attack on its body, but because of its expulsion from the environment it needs to survive.” (5)

I have two thoughts here. First, Boonin does not distinguish which type of abortion he means so he seems to leave it open for the woman to choose both kinds. Second, I’m not convinced the second kind is not still killing the child. Like Greasley says, “If a hospital attendant decides to switch off all the life-support machines on an intensive-care ward without relocating the patients depending on them, she will surely be killing the patients and not just omitting to save them.” (6)

This is the reason why pro-life advocates find examples like the Violinist story and the McFall vs. Shimp case misleading in the first place. As Christopher Kaczor writes “Unplugging suggests that in causing a separation between you and the violinist, you are not doing anything to the bodily integrity of the violinist himself.” (7) In the same way, unplugging from a bone marrow transferring machine suggests that in separating himself from the Shimp, McFall did nothing to the bodily integrity of McFall.

But imagine if Boonin had suggested Shimp had a right to separate himself from McFall by taking an ax to him and chopping him into tiny pieces.  We might begin to view the situation a little differently since Shimp is doing something to McFall’s body, not just separating himself from it. (8)

As for abortion by hysterotomy and hysterectomy, Kaczor acknowledges,

“One could not criticize the violinist analogy for failing to capture two relevant factors in the way abortions are usually performed. 1) There is a direct intervention against the body of the fetal human, and 2) the death of the human being in utero is directly caused by the intervention.” (9)

This isn’t enough to get the abortion advocate off the hook however. Kaczor goes onto argue,

We wouldn’t say the mother not wanting to look after a born child is a proportionate reason for allowing her to kill him or her. So why should we say that about the unborn child?

The second misleading statement Boonin makes is that the lesson of McFall and Shimp does not entitle us to say that a woman can kill her child after he can survive without using her body. That’s why he doesn’t think his argument can justify killing a three-month-old. But this gives the impression that a three-month-old can survive without using his mother’s body. I’m not a baby expert but I’m fairly certain three-month-olds still rely on their mothers’ bodies to survive. They still need someone to feed them, clothe them, and clean them up after they’ve had an accident. Boonin talks about the fact that he has a son in his book, A Defense of Abortion. (11) This can’t be news to him.

Putting it All Together

So now we’ve seen that according to Boonin’s argument, a mother has a right to kill her child to stop him or her from using the mother’s body without her consent. And we’ve seen that the child doesn’t stop using the mother’s body even after it’s three months old. Since infanticide is literally defined as “the act of killing a child under one year old” we have all we need to justify infanticide right here. On this model, it looks like all the mother of a three-month-old would have to do is stop consenting to letting the baby use her body.

Not Just a Hypothetical Anymore

I’m talking about abandoning babies alive in trash bins like it’s a future possibility. In actuality, it’s a reality. Jonathon Van Marren interviewed a Canadian nurse who talked about a live birth she witnessed and “the doctor hastily tossing the tiny child into a trash can, where she heard the baby rustling weakly among the papers before he died.” (12) I really don’t see much of a difference between what happened at that clinic and what Amy and Brian did, other than that there’s no mention of the doctor going to jail for it.

Boonin has mentioned more than once that he is granting personhood to the fetus in his argument. But, Francis Beckwith notes, his version of personhood is not the pro-life version:

“The pro-life view is that human beings are persons-in-community and have certain natural obligations as members of their community that arise from their roles as mother, father, citizen, child, and so on. Therefore, the success of Thomson’s case and those of her allies depends on begging questions of philosophical anthropology that are derived from an understanding of personhood that is necessary to arrive at the conclusion that abortion is a fundamental right even if the fetus is that sort of person.” (13)

In other words, it presents a concept of personhood that requires a fetus to be completely independent and self-sustaining. But we don’t even require that of born humans before we consider them persons. So, why should the unborn fetus be a special exception?

My second concern is that arguments like Boonin’s and Thomson’s transform pregnancy from a prima-facie good into an evil where a woman’s bodily autonomy is being violated. This line of reasoning also has unpleasant consequences. Beckwith demonstrates this with a hypothetical scenario where a young woman is involved in a car accident and knocked into a coma. She gets taken to a nearby hospital. The doctors do some tests and discover that she is pregnant. They investigate further to see if she knew about this pregnancy and consented but they find no evidence of that. (14)

Beckwith contends that if we go with Boonin’s contention that pregnancy is a violation of the woman’s bodily autonomy,

“It would seem that, under these conditions, the doctor is morally required to perform an abortion to rid his patient of the “massive intrusion” being imposed upon her by the unborn. After regaining consciousness, the woman would have to be told that she’d undergone an abortion for a pregnancy of which she was not aware, for there was no evidence that consent had been given and that she was under assault or that her bodily integrity was being violated.” (15)

Beckwith and I agree that this goes against our moral intuitions about pregnancy. It seems unlikely that a doctor would perform an abortion just because he didn’t know whether a woman had consented or not. What does seem likely is that the woman would feel a sense of loss and like she’d been violated. (16) Hence, we see the major problem with viewing pregnancy the way Boonin portrays it.

Where We’ve Come So Far

What I’ve seen Boonin do throughout the first third of Beyond Roe is defend an ethic “according to which human life can be taken for what are held to be the compelling social, economic, or social needs of others,” as James Buckley puts it. (17) What I’ve tried to show in turn is that if we apply his logic consistently, it will take us down a slippery slope to where “unborn children are not the only ones whose right to life are now legally unprotected.” (18) His attempts to defend his argument from such claims appear unsuccessful.

In Part 4, I will look at his response to my arguments for why a woman should not be allowed to have an abortion.

Photo by Djordje Vezilic of Pexels 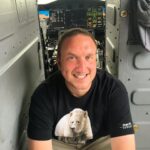