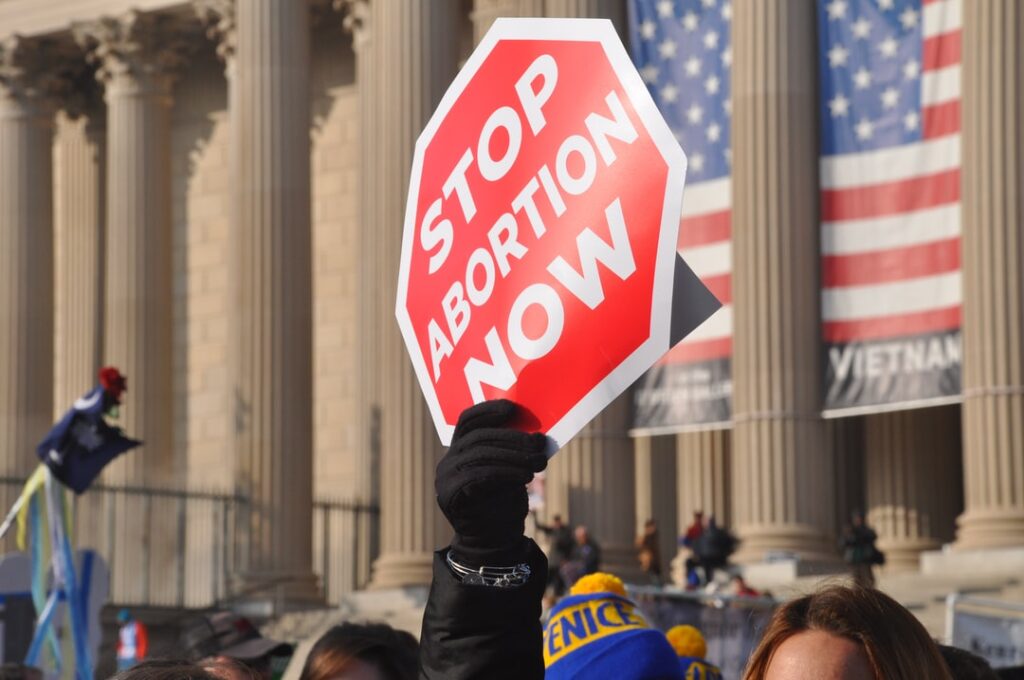 The Ohio Department of Health “notified recipients and contractors Thursday that it will end that funding within a month to comply with the law, unless the court delays the effect of its ruling as Planned Parenthood requested.”

The new state law ensures no taxpayer dollars in Ohio will be “used to perform or promote non-therapeutic abortions.”

Planned Parenthood President of Ohio, Iris Harvey, describes the decision as a “heartless” one, which puts “politics over people.”

Planned Parenthood also claimed that the federal funding provides “essential services” to the citizens of Ohio that cannot be found elsewhere.

According to Planned Parenthood’s website the “essential services” they provide include: STD testing and treatment, birth control, cancer screenings, and abortion.

Planned Parenthood also claims to be the core of the female empowerment movement, with their services being vital to promote women’s empowerment. Let’s debunk this.

BIRTH CONTROL: Birth control is not empowering, birth control is not healthcare. Hear me out. As women, our menstrual cycle is a natural part of who we are; we are born with it. The ability to bear children is natural, God-given miracle which we are blessed with. Birth control not only takes an extreme toll on female hormones, but it also provides women with the implication that our natural bodily processes are distorted, and need fixing. In telling women that we are born with flawed parts, birth control essentially disempowers them.

ABORTION: Similarly to birth control, abortion is not—by any means—healthcare. Abortion intentionally takes the life of a human being. Healthcare heals, it does not kill; according to Planned Parenthood’s 2017-2018 Annual Report, they performed 332,757 abortions during that year. Science tells of life begins at conception through the development of the preborn child:

These statistics are just a few of the developments which make evident the humanity of the preborn child. Check out the links above to see more.

“Prenatal care. These are the kinds of services that folks depend on Planned Parenthood for.”

This statement could not be more false. Live Action conducted an undercover investigation in which they contacted 92 Planned Parenthood facilities across the country looking for prenatal care—only 5 of these facilities provided it. When a New Mexico Planned Parenthood employee is contacted via phone by an investigator looking for prenatal care, she responds with this:

“We don’t offer prenatal care at Planned Parenthood… We specialize in abortions. You know, that’s what our ultrasounds are for, to see how far along the, um, patient is.”

Not only does Planned Parenthood blatantly lie about the services they provide, but they have been caught willing to aid and abet sex traffickers on numerous occasions.

Planned Parenthood has been repeatedly caught on camera willing to aid and abet child sex traffickers. A Memphis Planned Parenthood counselor encouraged an investigator posing as a 14-year-old girl to lie about her 31-year-old boyfriend’s age. The counselor then went on to tell her to lie to a judge about her age in order to get an abortion. She also claimed that the abuse needed to be reported, but did not do so herself.

Additionally, former Planned Parenthood manager Ramona Treviño spoke out after undercover investigations had taken place. Planned Parenthood told her they were going to retrain their staff after the tapes went viral, but when she attended the retraining, she received information she had never expected to hear.

“I, um, went in really believing that Planned Parenthood could redeem themselves. They’re going to prove that they really do care about women and this is something that really concerns them. I walk into the room, it’s dark, we sign in, and there’s a projector screen pulled down and they begin to play all of the previous undercover investigations that had been put out, you know, about Planned Parenthood. And, I became very perplexed, I thought, you know, what’s going on here? Are we showing these things because they’re trying to show us, um, what not to do? You know, the things that are wrong, that we don’t do these things. And so, I raised my hand and I said: ‘I’m-I’m confused. Like, when are we going to, um, actually begin the retraining? What can I do, as a manager, to take this information back to my staff and put, uh, you know, enforce policies and procedures that would help protect women who are experiencing either sex trafficking or abuse, sexual abuse in an way?’ Because that’s a difficult subject to talk about if you ever have a patient come in who expresses that. And so, I really wanted to know how we dealt with that. And, she immediately, you know, shot me down, and she said: ‘We’re not here to talk about that, Ramona. We’re here to teach you how to identify if you’re being videotaped or recorded, or entrapped in any way.’”

From the lies about the services they provide, to the aiding and abetting of sex abuse, Planned Parenthood has consistently exhibited their anti-woman agenda. The defunding of Planned Parenthood and other abortion facilities in Ohio not only helps protect innocent life in the womb, but it protects life out of the womb.

If you know someone who is pregnant or are pregnant, you can seek genuine help at a local Crisis Pregnancy Center, using this locator. Remember: you are not alone, and there are people who want nothing more than to help you and your baby.