No, Abortion Is Not an Issue of “Trusting Women” 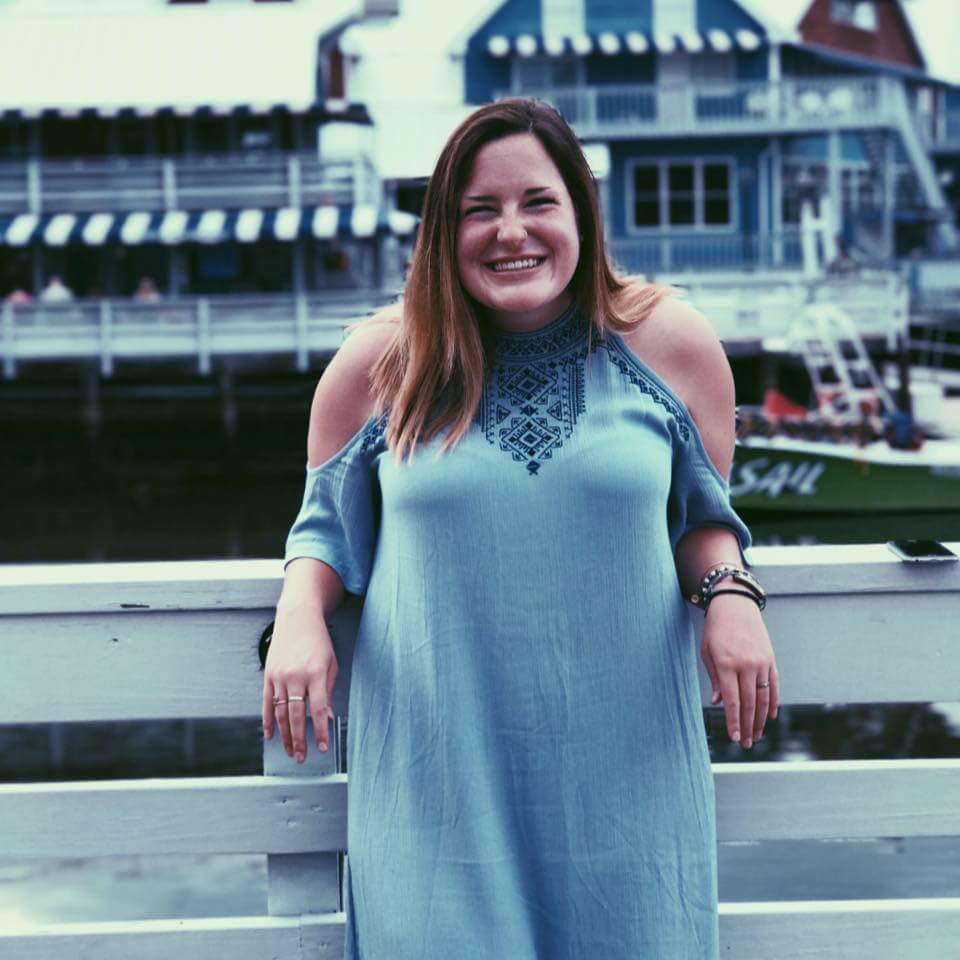 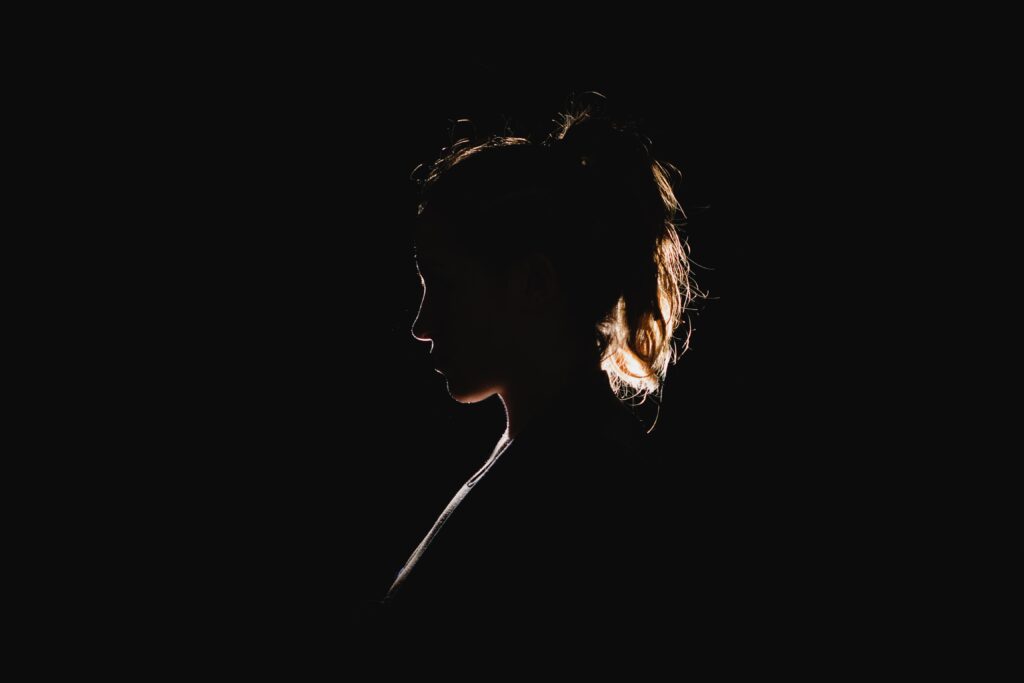 When I first read a commentary about the book Trust Women: A Progressive Christian Argument for Reproductive Justice by Rebecca Todd Peters, I was stunned – how could a woman claim to be preaching Christian ideals while simultaneously advocating for abortion? Even the title of the book did not sit well with me, intellectually or spiritually. However, it did intrigue me. I decided to dive in and take a deeper look at what this Christian ethicist had to say.

Peters, an ordained Presbyterian minister, starts off by saying, “women are continually asked to justify their abortions in response to a default assumption that abortion is morally wrong.”

As a woman who has chosen to spend the beginning of her career in the pro-life field because I was convinced a few years ago being pro-life is being pro-woman in every sense of the word, my jaw nearly hit the floor reading this sentence.

I would argue the basis of Peter’s book, which has gained national attention, is incoherent, vague, and unstable since it is based entirely on the idea of moral relativity. The fact is, objective moral law will always appear to be nothing but oppressive to those who presume to make their own choices the grounds for their morality. Yet to talk of the act of exercising moral choice, while praising mere choice as morally valuable is not to talk about morality at all, any more than pointing at a compass is to engage in orienting.

Abortion is not a political issue, it is not an issue of choice, and it is not even an issue of women’s rights; this is where Peters and I deeply disagree. She goes on to write, “the problem that we face in this country is our failure to trust women to act as rational, capable, responsible moral agents.”

Being against abortion is not about distrusting women. Never has my pro-life position been based on the idea I do not trust women to make decisions. Women were created to be fierce leaders, and they most definitely have the ability to make solid decisions. As a woman, I have never doubted that.

Rather, my pro-life position is based on something else entirely. Even if abortion were made easy or painless or even morally acceptable, it would not change the bottom line – abortion demeans humanity. The root of the issue of abortion has been so twisted by political agendas and feminism, we are now completely missing the point – abortion happens and is allowed to flourish when we deeply misunderstand who we are as human beings; abortion is an issue of the heart.

For Peters, the moral status of a fetus is an ethical and theological question which should be asked and answered by women themselves, not by legislators or judges. Her Christian ethic for abortion is not built on Scripture, but rather “a feminist theological perspective that affirms both the goodness and justice of God.” In other words, she is not interested in telling us what God wants, other than to say God wants justice, which she interprets to mean moral agency for women.

As a Christian, and one who aims to look more like Jesus in everything I do, I take great offense to this. The basis of my Christianity is not about my own moral agency, my desire to have power, or wanting to look like a good “Christian” girl. My Christianity is based on the knowledge of God being much bigger than I am, and I love Him for wanting me and choosing me despite my constant failures to love Him. What drew me to Jesus was not the thought my life would automatically be made perfect or even better than before I knew Him, or gaining some life-changing wisdom.

What drew me to love Jesus and what keeps me loving Him is that when I was at my absolute worst, when I absolutely could not clean myself up, and there was and is nothing anybody else could do with me, He says: “Her. I’ll take that one. She’s the one I want.” The cool thing is, Jesus does not only say that about me. Jesus says that about you, too.

As a Christian, I pray for God’s will to be done in my life. What does this mean? God’s “will” means He has control over everything, whether I am okay with this in the moment or not. It means anything I am doing, any decision I make, I love Him with all my heart, soul, and mind, and then I freely go and give that love to other people.

It is quite simple really: loving others like Jesus loved me – giving myself up, sacrificing myself, and serving wholeheartedly. This is what love looks like as a Christian. Anything less than this type of love is cheap, counterfeit, and surely not worth Jesus’ giving His life. Seeking God’s will in our lives is a unique tenant of the Christian faith, and surely one, as a Christian, Peters ought to believe in as well.

Peters goes on to say, “Christian Scripture is completely silent on the topic of abortion.”

However, the Bible has plenty to say about humanity, personhood, and the value God places on His children. The Bible is a love letter to us – the people He didn’t need, but desperately wanted – and in it, we find many passages describing who we were made to be and how being made by God and for God should change the way we live. We are valuable because God gave us value; thus we should value all human life, not only those humans who are deemed worthy based on someone else’s opinion or circumstance.

A contributor to Peters’ book, Dr. Willie Parker, says a “fetus may be human, but that does not make it a person.”

Pro-life apologist, Scott Klusendorf, offers a convincing counterargument: one’s humanity is not affected by a person’s size, level of development, environment, or degree of dependency.

In other words, who you are is not based on how much you can contribute, how well you perform, or how much you have to offer the wider society. If this were the case, my friends and family with disabilities and the children I love with special needs would be “less than” their peers because they are not as capable, and that simply is not true. Human beings are valuable because of who they are, not because of how big they are, where they are, or what they can do. A fetus is not any less human because he/she is the smallest they will ever be. The baby’s personhood is not up for debate morally or scientifically.

The debate over human development should not be a debate at all. Embryology is a testament to how God created us, and really is a beautiful echoing of the Creation theology. God designed us to develop from within. We were not constructed; our bodies literally drive their own development.

From the very beginning, you were a distinct human being. You did not evolve from a zygote, you were a zygote. You did not evolve from an embryo, you were an embryo. You were not merely a clump of cells – you have always been a unique diploid organism with unique human DNA, 23 chromosomes from your mother and 23 chromosomes from your father. Those are innate parts of who you are, as a human – not as a clump of cells. Again, all of the debates surrounding abortion do not change the main issue – abortion demeans human life.

Peters’ argument is the same as me asking: “Should we trust parents to kill a toddler?” The logical answer to that question is “No!” If you respond by saying “those are different” – why?

If it is different, your argument must be “because the preborn are not human.” In which case, this is the question we need to answer and tackle. We do not need to be clouding the real issue with other non-issues like “trust.” We have to get to the root, and at the root of abortion is how we define human life.

A writer I keep up with on social media, Emily Wilson, shares her heart on this issue, as a pregnant woman who has been carrying her son for the past 30 weeks. On her blog, she shares what her pregnancy experience has been like. Here is an excerpt:

“Something interesting happened along the way of our journey. Once my son was big enough to begin showing himself to the world in my expanding belly, there has been a way people have looked at me and treated me that is like nothing I have yet experienced in my life.

People treat me as though I am carrying something sacred…

Nobody once, in the thousands of people I have met, called my son a fetus. Nobody referred to him as a bunch of cells. Everyone always referred to him as my baby or my child – and each stranger has recognized his personhood. And I have realized one thousand times over…

I am living a startlingly clear and firsthand testament to what humanity really knows and really believes...

Emily Wilson speaks the truth of motherhood, personhood, and the pro-life movement. May we be a people who seek justice for the smallest among us, as they are worth much more than what the broader culture is telling us.

To Peters, I pray you come to see the value in not only the smallest among us, but also the value of your own life. Life is about much more than justice, choice, and trust. Life is about figuring out it is not all about you; may we be a people who truly believe there is a God much greater than us, who wants the best for us, from whom all human beings derive their value. 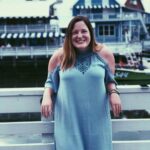