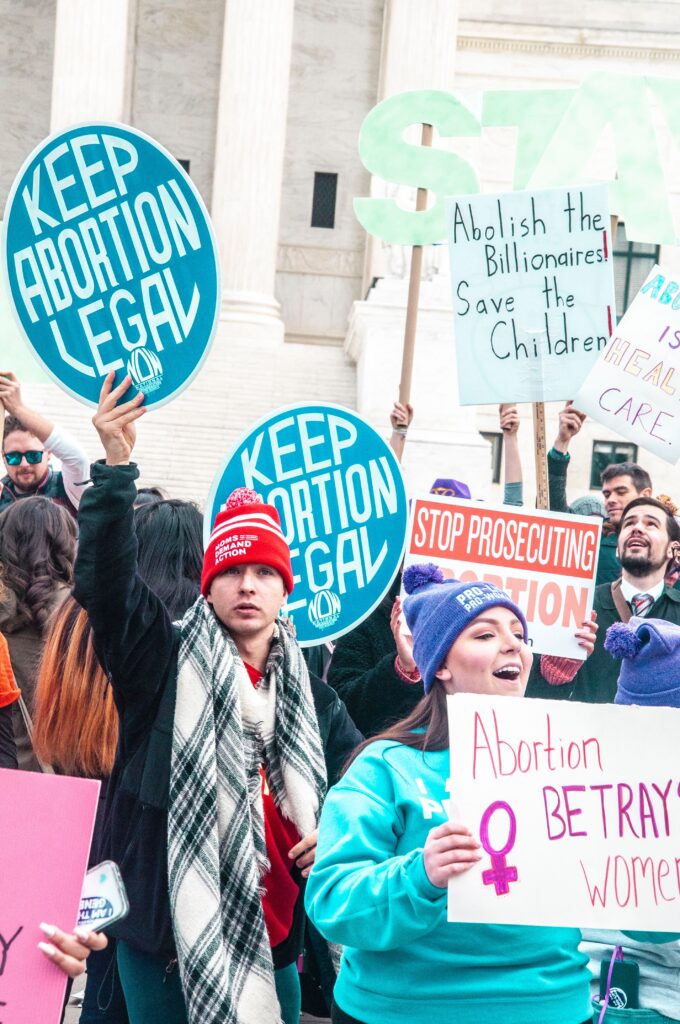 However, the mere fact that a majority of people approve of something, does not make it right. Leo Tolstoy once said, “Wrong does not cease to be wrong because the majority share in it.” There have been many times in history when unjust acts were given approval by a powerful majority. The Rwandan Genocide, the Holocaust, and the extermination camps in Russia just scratch the surface of the injustices which took the lives of millions of people. The perpetrators of these acts of violence posited that their actions were good and noble things because the victims were not “persons” in the same way the oppressors were. Regardless of how the majority felt about their actions, the end result of their ideology led to mass slaughter.

We know from the science of embryology that a unique, individual human being comes into existence at the moment of conception. Because humans have value by nature, abortion is an injustice which ends the life of an innocent human being who is incapable of defending herself. If we really believe humans are equal and possess a right to life, then they must have those rights from the beginning. If the right to life is something we do not share equally and slowly accrue as we attain some level of development, then the case for human equality vanishes. The right to life cannot be based in something humans do not share equally.

Society teaches and affirms that women have a right to do what they want with their bodies, even if that means killing an innocent, preborn human being. Of course, that language is not used. Instead, it is said  “Women have a right to choose.”  We should be asking ourselves, “Choose what?” People who are against abortion are not against choices. They are against killing innocent human beings in the womb who cannot speak for themselves. Abortion advocates defend a destructive act claiming it is compassionate and good. But the number of dead bodies abortion has given us cannot be successfully “masked in pleasant forms and excellent marketing.”

Once the political spin is removed from abortion, we are left with the gruesome act of killing a little baby in the womb. The abortion industry has sold women the lie that getting pregnant when one is not completely ready is one of the worst things in the world.

It is demeaning and disrespectful to make the claim that women need the right to kill their offspring in order to be successful and equal to men. Our ability to prosper and succeed does not depend on us killing our preborn children. Our culture can do better for women.

We have lost sight of the beauty of sacrificing oneself for another human being. In the case of abortion and pregnancy, the sacrifice required of the mother includes temporarily providing shelter to a human being in the precise place that little human belongs. While there can be many challenges during pregnancy, suffering hardship does not justify homicide. We need to come alongside women in difficult pregnancies and support them ensuring that they have the help they need. Providing a “way out” of the pregnancy by giving her the option of killing her preborn children is not helping her.

Woman was the pinnacle of God’s creation. She was the last thing He made. And it was the woman, not man, who God gave the ability to carry a new life inside of her. This is a common and natural occurrence. The fact women can grow new life in their bodies is an amazing capacity that should be celebrated and respected, not treated as something to be eliminated.

The Sexual Revolution, which took place in the sixties and shifted views on sexual activity, legitimized sexual behavior outside of marriage making it seem like no big deal. We were told that having sex whenever we want with whomever we want was liberating. A majority of young people have premarital sex now. It is no secret that sexual activity’s natural result is the creation of children. Inevitably, with this low view of sex, the children created by casual sexual interactions became problems to be eliminated. Having sex without being prepared or willing to care for a child is irresponsible, but thanks to the Sexual Revolution, this is considered normal.

Deviating from the original intention for sex has led to serious consequences. There are 110 million people affected by sexually transmitted diseases. On average, every year, another 20 million people are affected by STDs. It is the quiet epidemic no one likes to discuss. This shows that sexual promiscuity is not healthy for the human body.

Young people are looking for answers, for fulfillment, and for purpose. Those things cannot come from sexual expression or having the right to an abortion. They can only be found in living as we were intended to live- to glorify our Creator, to enjoy Him, and live according to His laws. Humans have meaning because we are not a result of blind, cosmic forces. An intentional God made us after His likeness whether we acknowledge that truth or not. Without God, we have no consistent basis for truth or meaning. If there is no God, meaning and truth are just human constructs that can change over time. But deep in the human heart, we know that evils like genocides, mass murder and rape are wrong regardless of where you live. They are not matters of human opinion and likes and dislikes. Those are moral wrongs that remain wrong and evil throughout all of time.

A major cultural shift needs to take place. That can only happen as individuals are faithful to proclaim the truth and stand up for the value of every person no matter what stage of life they are in. We all have unique circles of people we can influence by our behavior and our willingness to stand against ideologies that make human value contingent upon something we do. May we graciously and persuasively speak for the equality of all human beings and their right to experience this world and all the good things it holds.