Men Without Chests: A Response to Rob Schenck 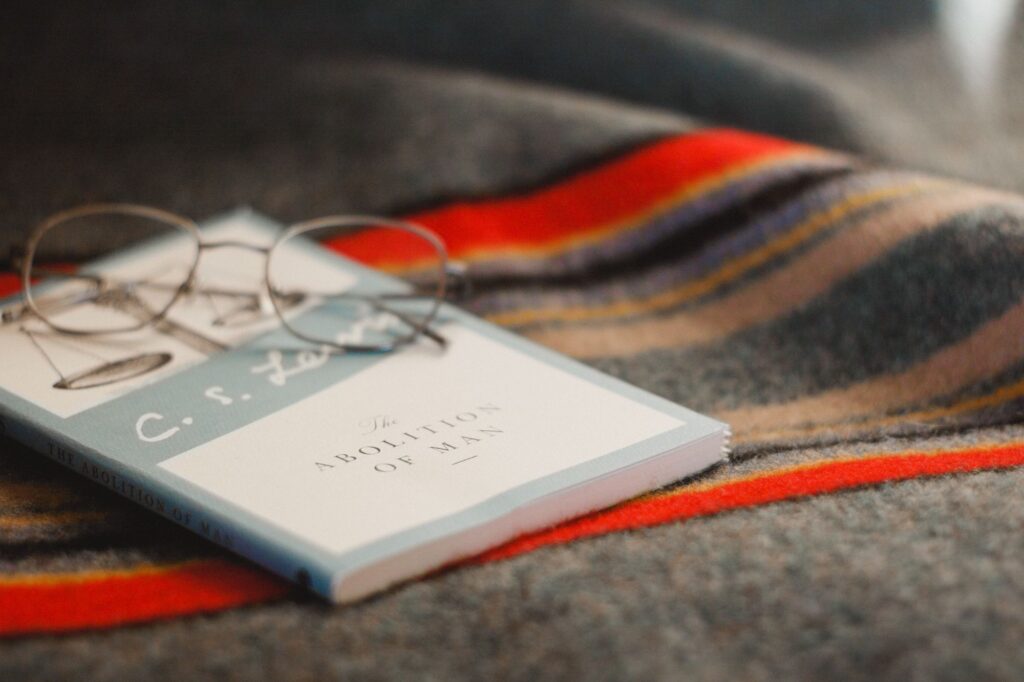 “We make men without chests and expect from them virtue and enterprise. We laugh at honor and are shocked to find traitors in our midst.” -C.S. Lewis, The Abolition of Man

The days of the pro-life movement being framed as an attempt to impose ambiguous religious doctrine on unsuspecting people are over. Unfortunately, a darker trend is emerging.

Lately, there has been a growing number of “Christian” leaders who have been endorsing the so-called “right to choose” as worthy of protection by Christians. This, of course, is met with a near-orgasmic enthusiasm by the pro-choice movement. Authors such as Rebecca Todd Peters, with her book Trust Women, frames abortion as an issue within Christian Social Justice. Even abortionists have gotten in on the act, such as Dr. Willie Parker, who not only defends abortion, but in his book Life’s Work, portrays himself as doing “the Lord’s work” by performing abortions; he says he was inspired to do so by listening to a sermon on the parable of the Good Samaritan.

More recently, a pastor by the name of Rob Schenck is the latest in the stream of pro-choice Christian superstars. Schenck has a unique perspective. In a video for NowThis Politics, he explains why he left the pro-life movement and began “affirming a woman’s right to choose.” He says that after serving in Operation Rescue, and even being handed the aborted remains of a preborn child by an abortion doctor, it was a conversation with a post-abortive woman which ultimately changed his mind. “I put myself into her position, and realized that I would have done the exact same thing. I would have had the abortion.”

This is what led Schenck to become a supporter of the “right to choose.”

He further claims he views the preborn as nascent human life, and sees all lives as valuable and worthy of being treated with dignity. Yet, in the very next sentence, he repeats the normal pro-abortion talking points: “Abortion is a personal choice for women.” “We shouldn’t assume we know all about a person’s situation.” Same old, same old.

This leads to a conclusion which should be stated with all bluntness: Schenck is either severely, terrifyingly mixed up about the value of human life, or he is lying. Whatever the case, neither position makes one worthy of the call to lead their fellow believers in a pastoral role. Being a leader means you exemplify moral virtues to the utmost of your ability for the benefit of those you serve, not shirk away from those virtues to gain friends, especially when lives are at stake; and Schenck claims to believe the preborn count as one of us. A pastor who doesn’t see the need to speak out on behalf of the preborn, or does not know how to do so graciously and Biblically, can be forgiven. Many are simply mixed up about the humanity of the preborn and the inhumanity of abortion.

However, a pastor who claims to recognize the preborn who are slated for destruction are fully human but may be killed regardless, and uses the Bible to rationalize his points, is following a devil.

His points about abortion being an intimate choice within the most intimate of relationships are common, but fail to justify abortion. Childbearing and being a parent are also intimate, and are an extension of the bond created in pregnancy (provided men like Schenck don’t drive a mother to the abortion clinic before exhausting all other options which do not involve killing). If that bond is so special, and pregnancy is so intimate, then abortion is a grave evil, because it turns mother and child into enemies, and the womb into a war zone. That can hardly be called “loving.”

Additionally, would his remarks make sense if a mother came to him and told him she had killed her own toddler? Would he say, “I put myself into her place, and realized I would have made the same decision she did”? Any pastor who says so needs a psychiatrist, not a pulpit. However, if the preborn are as fully human as the toddler in the example (and Schenck believes they are) then we should oppose their being killed, just like we oppose the killing of toddlers.

The ability to exercise empathy is important, but it does not undermine basic moral principles, chief among these being, “You don’t get to intentionally kill an innocent human being to benefit yourself.” Our empathy can be taken advantage of and misled into supporting immoral and wicked ends, like the intentional killing of innocent human beings.

Schenck goes on to bring up the killing of abortion providers, the bombing of abortion clinics, and how pro-life rhetoric calling abortion providers “murderers” and “butchers” is dehumanizing. He then apologizes for his own partaking in the bad behavior. Ironically, no mention is made of abortionists such as Kermit Gosnell and Ulrich Klopfer, who kept the body parts of aborted children as trophies. One wonders what to call this behavior other than butchery. Of course, that’s not nearly as bad as pro-lifers using charged rhetoric — or so we are led to think.

The bad behavior of some who claim the title of “pro-life” is lamentable and should be called out for what it is, but it makes no ultimate difference in the long run. It does not establish the preborn as less than human, and abortion as somehow humane or justifiable. If you want to do that, answer the basic pro-life argument. The abortion debate is not about what sort of human beings pro-lifers are; it is about whether or not the preborn are human enough to deserve our protection. Focusing on the alleged character flaws of pro-life advocates is simply a waste of time.

In addition, by simple way of comparison Schenck is missing a glaring problem: While violence against abortion providers is lamentable, there are close to 70 million dead children since Roe v Wade in the United States alone; a number which will continue to increase so long as weak men like Schenck continue to be used as tools of the pro-abortion movement. One wonders where his moral compass is pointing. It sure isn’t pointing North.

Lastly, Schenck goes on to talk about how “God is love,” “When you disrespect people, when you use them, and you abuse them, you are committing the ultimate offense against God Himself,” states Schenck.

Well, quite frankly, I agree. And this is why Christians should never, never, never accept Schenck’s position. Jesus called on us to love our neighbors. And guess what? The preborn are our neighbors. This means those who invent biblical ways to rationalize the killing of our preborn neighbors are guilty of, in Schenck’s own words, “the ultimate offense against God.”

We know what abortion is. Abortion providers talk about it in their literature. Abortionist Warren Hern, on page 142 of his medical textbook Abortion Practice, tells the reader how to use forceps to crush the “calvaria” (skull) and look for the “calvaria sign,” when brain matter from the collapsed fetal skull is expelled into the suction catheter.

This isn’t all. On page 136 of their medical text A Clinician’s Guide to Medical and Surgical Abortion, abortionist Maureen Paul and her colleagues instruct the reader in how to reassemble the body parts of the dismembered human being, and use body parts (like a foot or the pelvis) to gauge how old the fetus was when the abortion took place. Is defending this really the best example of “loving one’s neighbor”? Or is it an example of “the greatest offense against God”?

One more example: in his book Abortion Care, written by British abortion provider Samuel Rowlands and his colleagues, in addition to instruction on how to perform abortions, also provides recommendations on pages 158-159 of how to prevent a child from accidentally being born alive. They recommend the use of “feticidal agents” such as Digoxin to prevent this rare occurrence from ever happening:

“Where the fetal abnormality is not lethal and abortion is being undertaken after 22 weeks’ gestation, failure to perform feticide could result in a live birth and survival, an outcome that contradicts the intention of the abortion. In such situations, the baby should receive the neonatal support and intensive care that is in the infant’s best interest and its condition managed within published guidance for neonatal practice.” (pg. 144)

By his own statements, Schenck implicates himself in grave offense against God, and uses Christian teaching to do so. That’s not much different from blasphemy.

Schenck lastly asserts he doesn’t think passing laws restricting abortion will do any good. The only argument he gives for this is that doing so would interfere with the most intimate relationship or period of life a woman may go through.

One really has to wonder, so what? Intimate connections continue after birth, but that does not in any way mean laws against child abandonment, spousal abuse, and sexual abuse are somehow pointless or wrong, even though they directly relate to the most intimate relationships human beings engage in. Laws are a reflection of what a society values, and a society which recognizes the preborn as “nascent human life” (which Schenck claims he believes in) will undoubtedly pass laws to protect them. Only a weak-willed individual would willingly refuse to protect innocent human beings from unjust harm and still call himself “loving.”

Pro-lifers do not owe anyone an apology for opposing the intentional destruction of innocent and defenseless human beings, least of all to weak men like Rob Schenck.

Compassion, grace, and empathy are valuable traits which should be exercised whenever we come into contact with others who disagree; however, when we divorce these traits from a solid moral principle, these traits can prove just as dangerous as callous indifference, hatred, and selfishness.

Undoubtedly, the pro-life position seems harsh at its core principle. You do not get to intentionally kill innocent human beings, even if it would improve your overall situation.

However, it is because of this core principle that pro-lifers work to find other solutions to the problem of unplanned pregnancy; solutions which don’t involve taking another innocent life. Pro-life organizations regularly teach and train advocates to be respectful and loving to those whom they come across. One does not have to give up their compassion or empathy to be a pro-life advocate; however, these traits must be tempered by the core moral principle mentioned above.