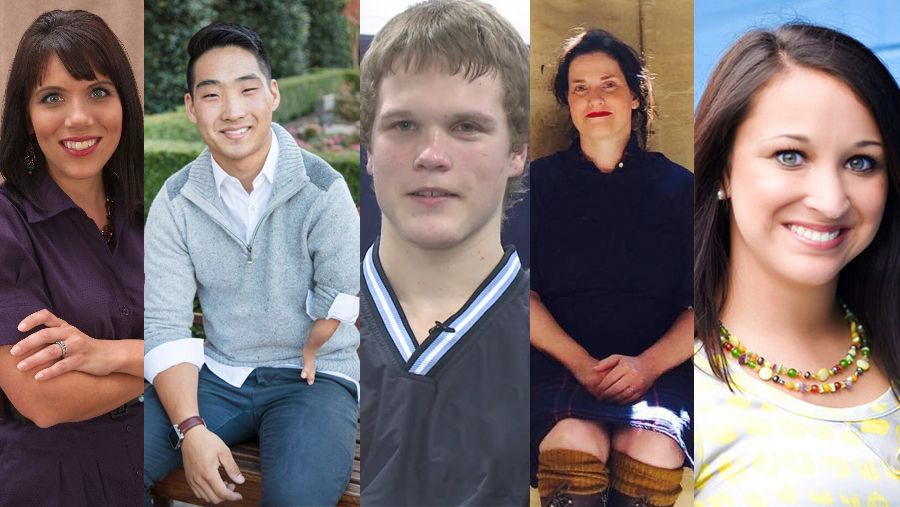 On Monday, February 25, 2019, the Senate failed to pass the Born-Alive Abortion Survivors Protection Act in a 53-44 vote. The bill would have provided protection for babies born alive after abortions, and every single Democratic candidate for 2020 voted against it. Thor Benson even went on to tweet that there is no such thing as an abortion survivor. This is void of anything truthful, and the testimonies of abortion survivors below prove it to be so.

A saline solution (which includes substances such as saline, digoxin, potassium chloride, and prostaglandin) is injected into the mother’s uterus and into the baby. The saline solution poisons the baby, burning him or her inside and out, and burning off the outer layer of his or her skin. The baby suffers in these conditions for over an hour until he or she dies, and the mother must deliver her dead child after about one day.

She remained in the saline solution and was delivered alive in the abortion clinic. Thankfully, the abortionist at the clinic was not yet present, and Jessen was sent to the hospital.

Jessen was diagnosed with cerebral palsy due to the lack of oxygen during the abortion procedure. But, by age four, Jessen was walking with the assistance of a walker, leg braces, and her foster mother. Today, Jessen walks with only a small limp. She acts as a voice for the voiceless and hope for the hopeless through her pro-life activism.

“Death did not prevail over me… and I am so thankful!” Gianna Jessen proclaims.

Melissa Ohden’s mother was a 19-year-old college student when she found out she was pregnant. Under the impression she was less than five months pregnant, Ohden’s biological mother had a saline abortion. Ohden survived the abortion, and was found to be approximately seven months gestation.

Ohden was adopted, and grew up in a happy, loving family. At just 14 years of age, she would find out something that would forever change her: she survived an abortion procedure. This prompted Ohden to search for her biological parents, whom she has contacted and forgiven for attempting to abort her.

Today, Ohden is a well-known pro-life activist and the founder of the Abortion Survivors Network, which seeks to educate the public about failed abortions and survivors while providing emotional, mental, and spiritual support to abortion survivors. Today, ASN has reached over 210 abortion survivors.

“Something’s wrong when women’s empowerment is based on ending another human being’s life,” Melissa Ohden states.

Clare Culwell’s birth-mother, Tonya Glasby, was 13 years old when she found out she was pregnant. Her parents pressured her into an abortion, and five months into her pregnancy, she chose abortion. However, the doctors did not know Tonya was pregnant with twins, and only aborted one of the babies. Culwell remained alive in her mother’s womb.

After her abortion, Tonya continued to feel kicking; she realized she was still pregnant. She traveled to another state to have another abortion, but doctors deemed the procedure too risky.

Clare Culwell was born at seven months gestation with dislocated hips and club feet. Despite the obstacles she faced on account of the abortion, Culwell thrived from a young age. At age 20, Culwell began to look for her birth-mother, and found her at a friend’s house. She shared memories of her childhood with her birth-mother, forgave her, and thanked her for sparing her life.

“This is what it looks like to survive an abortion. My hips were dislocated, I had club feet, and I was in body casts to correct what the abortion had done. But I still deserved to live,” Claire Culwell explains.

A woman in South Korea was two months pregnant with Josiah Presley, when she decided to have an abortion. A short time after the procedure, she realized that she was still pregnant: the abortion was unsuccessful. At that time, she decided that she would choose life for her baby and give him up for adoption.

Josiah Presley was born with a maimed left arm as a result of the abortion his birth-mother had. He was adopted by a loving family in the United States. He later found out that his birth-mother attempted to abort him, sparking some hatred in his heart for her. He was later able to grow in a relationship with the Lord, enabling him to forgive his birth mother for all that she did.

“What makes [preborn children] different from us besides the fact that they are innocent and can’t defend themselves against these huge abortion bullies killing them,” Josiah asks.

In 1996 in Siberia, Russia, Nik Hoot’s mother chose abortion when she was 24 weeks pregnant, and Hoot was born missing parts of both legs and not having fully developed fingers. His parents, Marvin and Apryl Woodburn, came to adopt him after being told by a priest that they “have to respect all forms of life, even those with disabilities.”

At just two years old, Hoot was given his first pair of prosthetic legs. After just a couple of weeks, he was walking around on his own. He developed a love for sports and played football, baseball, basketball, and today, is a wrestling star. He persevered through his disability.

Hoot ended his previous wrestling season with 24 wins – even without all of his limbs. Hoot serves as an inspiration to many of us; if he can accomplish so much, while missing limbs, there is no limit to what anyone can do, despite the obstacles they may face.

“There are some things I can’t do, but I’ll still try, I’ll learn how to do it,” Nik Hoot says.

Survivors of abortion are vital to the message of the pro-life movement: they prove that all life, born and preborn, must be respected. They affirm that all children deserve the right to live, and must be treated with the respect and dignity they deserve. We will never forget the 60 million children who have been lost to abortion and the 44 Senators who voted to allow children born after abortions to die.

If you are pregnant and are considering abortion, I ask you to recognize how precious your little baby is through the testimonies of these five abortion survivors.

If you are in need of assistance, click here to find your nearest crisis pregnancy center or direct message Human Defense Initiative on social media. You are not alone.