Looking Back On New York 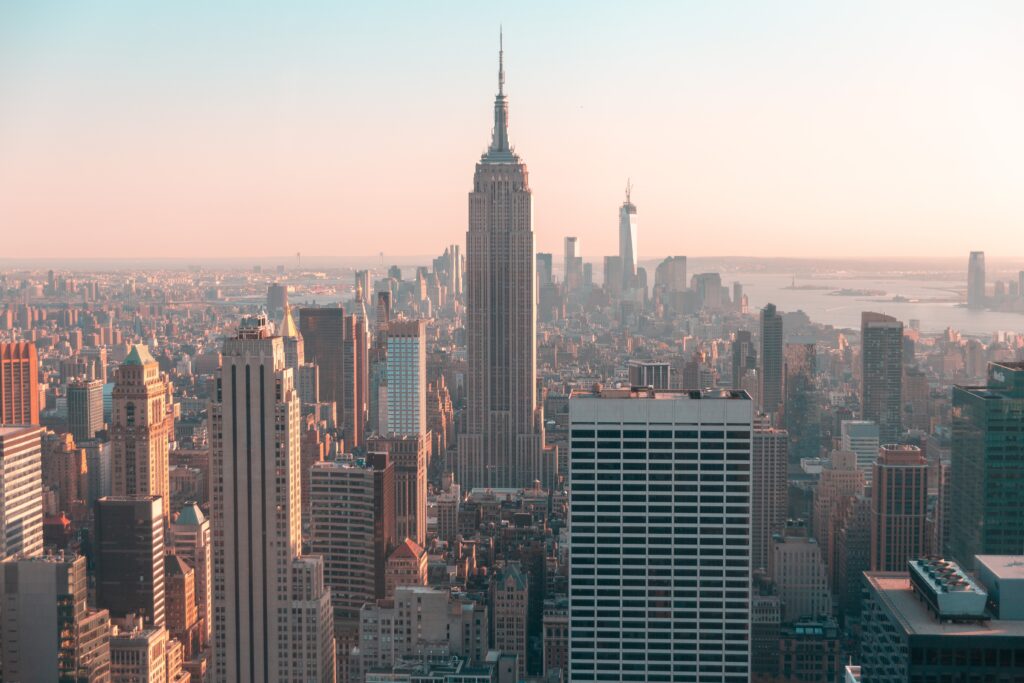 On the 46th anniversary of Roe v Wade, New York passed the “Reproductive Health Act” (RHA) which stripped back any restrictions on abortion, allowing abortion to be legal for all nine months up until birth. For details of the new law, please check out this quick HDI article. As Governor Andrew Cuomo signed the bill into law, the room full of smiling abortion supporters cheered and applauded.

Seeing this brought to mind the quote spoken by Natalie Portman’s character in Star Wars Episode III: Revenge of the Sith, “So this is how liberty dies…with thunderous applause.”

As of 2014, there were 95 abortion facilities in New York state alone. The only other state to have more abortion facilities is California, which has 152.  In 2014, New York City had the highest abortion rate with 34.8 abortions for every 1,000 women of reproductive age (15-44) and the highest abortion ratio with 575 abortions for every 1,000 live births. In 2016 the New York State Department of Health reported that there were 87,325 abortions in that year alone. The numbers and statistics are horrifying, and with the passing of the RHA, we can expect those numbers to skyrocket.

I have been involved with the pro-life movement for over eight years now and this week is one of the biggest weeks in my memory for the abortion issue. The issue has been on my mind more than usual lately, and has caused me to think more in depth about the ramifications of the RHA.

One thing that has hit me hard is the allowance of late-term abortions. I have seen videos and pictures of late-term abortions and read multiple accounts from doctors on the details of the procedures. Even though I know full well what happens in those abortions, I realized something I had never thought of before. With late-term abortions, especially in the third trimester, the vast majority of children would be viable outside the womb. According to information from the Quint Boenker Preemie Survival Foundation the likelihood of survival for a baby born in the third trimester is 90-95%. There are many pro-abortion advocates who claim third trimester abortions are necessary to save the life of the mother. Looking at the statistics of the survival rates above, combined with testimonies from doctors, that is proven to be false.

The day after the RHA was made into law Board Certified OB/GYN, Dr. Omar L. Hamada, who has delivered over 2,500 babies, tweeted: “There’s not a single fetal or maternal condition that requires third trimester abortion. Not one. Delivery, yes. Abortion, no.”

Hamada’s testimony echoed that of California OB/GYN, Dr. Lawrence K. Koning, who said “As an ob/gyn physician for 31 years there is no medical situation that requires aborting / killing the baby in the third trimester to ‘save the mother’s life’. Just deliver the baby by c-section and the baby has 95+% survival with readily available NICU care even at 28 weeks. C-section is quicker and safer than partial birth abortion for the mother.“

Tennessee board-certified OB/GYN, Dr. David McKnight posted, “I need to say publicly and unequivocally, that there is NEVER a medical reason to kill a baby at term. When complications of pregnancy endanger a mother’s life, we sometimes must deliver the baby early, but it is ALWAYS with the intent of doing whatever we can to do it safely for the baby too…. God help us.”

You can read more medical testimonies regarding the passing of the RHA here.

In a third trimester abortion, the child is killed in the womb, and then labor is induced to deliver the corpse of the child. A woman literally has carried a child to term, gone through the pain of childbirth, but delivers a dead child instead of a crying, living child. That is literally the only difference. It is disgusting.

Many remember Dr. Kermit Gosnell, the Philadelphia abortionist who is currently serving three life sentences in prison for his illegal abortion activities, including three counts of first-degree murder of newborns. In his late-term abortions, he delivered the fully-developed child and “snipped” the baby’s spinal cord with surgical scissors. Under the RHA, actions like his would be made completely legal.

As awful as this new law may be, I believe it could work in favor of pro-life legislation and activism. I have seen many people on my social media feeds talking about this law who never talk or post about abortion. Some even went as far as adding “frames” to their profile pictures stating they were pro-life. It was super encouraging to see so many of my friends talking about it. I have friends from across the political, religious, and moral spectrum and I have yet to see anybody say anything positive about the RHA.

When I first started pro-life activism in college, my mentor told me to “be the one who never shuts up about abortion.”

I took that advice to heart and I am very vocal about it. It is something I post about regularly on social media, now there are so many others talking about it. It is refreshing to see so much civil dialogue about the issue of abortion.

One of the most beautiful and heartfelt posts I saw on my newsfeeds is written by my friend Joseph Phillips:

“How far we have fallen

How calloused our dignity has become

The nazis were conquered by the world for what they did

But what he did pales in comparison to what the killers of our time, in our states do and have done constantly

Life is searched for and grasped at in space but an unwanted beating heart down here is given the cold shoulder and killed without a chance.

Blood is soaking our ground and we are letting it happen. Will you join to stand against, resist, and labor in prayer?”

Most people I have seen online talking about the RHA seem to have no idea that Roe v. Wade and its sister case, Doe v. Bolton actually allowed for abortion during all nine months up until birth for any reason. The RHA simply shows those landmark cases in their rawest form, without any restrictions.

I believe this tragedy in New York will help people see just how horrific Roe v. Wade is. I believe many people who “supported” Roe, without any knowledge of what exactly it entailed, will change their minds about it after learning about the RHA.

As horrible as this is, I believe it will bring many people into the light about abortion. Although we might be sad and disheartened about New York, it is up to pro-life advocates to help educate these people during this time.

I want to close this reflection with Dr. Robert P. George’s reaction to the Reproductive Health Act in New York. Dr. George has been heroically fighting for the preborn for many decades and is considered one of the country’s leading conservative intellectuals.

“Despite the tragedy of New York, we will prevail in the fight to protect human lives at all stages and in every condition–but only if we refuse to yield to the temptation to hate or hold in contempt those responsible for this inhuman atrocity. Oppose them? Yes. Resolutely? Certainly. But not “by any means necessary.” I repeat: Not “by any means necessary.” We must answer the falsehoods on which the abortion license has been constructed with truth. Truth is powerful. It is luminous. Let it be spoken. We must respond to the lethal violence of abortion with love, and never with violence of our own. Let us be guided by the example of Martin Luther King in the struggle against racial injustice. We must refuse to permit the interests of women to be posed against those of their unborn children. We must love–and care for–both.

We must recognize, as the pro-life movement to its enormous credit has done from the beginning–that pregnant women do sometimes find themselves abandoned or in danger or dire need, causing abortion to appear to be the only option (scarcely the “choice” that abortion activists like to talk about). We must provide practical assistance, as thousands of pro-life citizens–mostly women–do every day in pro-life pregnancy centers and clinics across this broad land. And we must labor tirelessly in the political sphere. Again, we mustn’t hate the Andrew Cuomos of the world–hate is not the answer: but we must defeat them. That is a practical requirement of love in the face of evil worked by and through the mechanisms of politics and law.

Let no one say, “the answer is to change the culture, not politics.” That is as false as it would be to say, “the answer is politics, not changing the culture.” The truth is that work in the culture and in politics (which is, after all, part of culture and helps to shape it) is necessary. Culture and law cannot be separated. And while our efforts will unavoidably be incremental, let us never fail to be moving forward. Let us never lose sight of our goal: A nation in which every child is welcomed in life and protected by law. A nation in which mothers and children alike are recognized as bearers of profound, inherent, and equal dignity and, as such, to be loved, respected, and cared for. A nation in which we truly provide, and do not merely give lip service to, liberty and justice for all.”