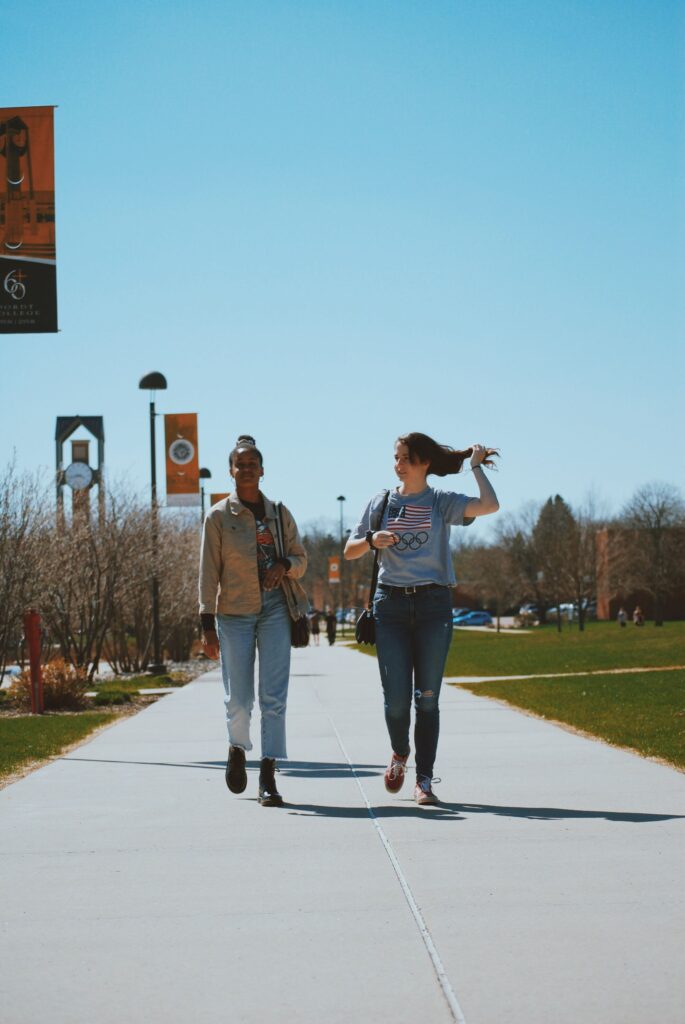 “My body, my choice” is one of the most challenging statements to address in the abortion conversation. I find it challenging for a number of reasons. People should be able to do what they want with their bodies. For many people, the thought that some aspect of their freedom to control their body might be lost is terrifying.

When we look at our world, there are so many heartbreaking examples of people not respecting a woman’s right to her body. Sex trafficking is rampant in many parts of the world, and many women experience the violence and horror of rape. People endure abuse; others are used and then discarded. Our response to questions about the freedom to control one’s body should come from a place of recognizing how talking generally about bodily rights personally affects so many.

Oftentimes when abortion is discussed, and in particular when bodily rights is brought up, people are put into two camps – they are seen as either for women’s bodily autonomy or against it; they are seen as either for the preborn child or for the woman. I want to propose a different way to look at this. People are complicated and do not belong in these neatly compartmentalized boxes. Pro-choice people care deeply about women, they care about children, they care about life, and they care about the ability to control one’s body. Pro-life people also care deeply about women, children, human life, and bodily autonomy. Those who cannot acknowledge this fact have not taken the time to really listen to the other position.

Although it may not be the only difference, one fundamental difference between those who defend legal abortion and those who oppose it is what they believe about the status of the preborn. Pro-life advocates believe a pregnant woman is carrying another valuable human being who has a right to life. They are not saying the preborn is more valuable than the woman. They simply believe that people should not kill innocent human beings, especially not innocent human beings in their most vulnerable state.

Some pro-choice advocates also acknowledge the pregnant woman is carrying an individual human being but believe bodily autonomy gives a woman the freedom to obtain an abortion if she does not want to use her body to sustain another life. Whether they base this belief on dependency, absolute bodily autonomy, or some other version of bodily rights, they generally argue people should not be forced to sustain the life of someone else unless they consciously choose to use their body in that way.

Circumstances outside the womb are often brought up to justify the bodily rights position. Our culture does not force people to donate blood even though donation would save some people’s lives. In the same way, some say if we are not forced to give a blood transfusion to someone, then women should not be forced to use their bodies to sustain someone else’s life. On the surface, it can seem hypocritical to say women should remain pregnant and support another life while individuals apart from the context of pregnancy are seemingly not held to the same standard.

But, in fact, the standard is the same for everyone. The moral standard is that it is wrong to intentionally and directly kill an innocent human being. This affects men and women differently because women are the ones who carry members of the next generation inside of them, but no double standard is being used against women here. Both men and women must refrain from killing.

The problem with comparing blood donation to pregnancy is this: there are three separate courses of action people can take with blood donation. First, they could donate blood and help save the person’s life. Second, they could choose to not donate their blood or organs. Third, they could directly kill them. (The Equal Rights Institute has an incredibly helpful video on this topic)

It seems obvious the third option should not be available. It is wrong to directly and intentionally kill an innocent human being. In fact, not only is it wrong, but it should be illegal.  Pregnancy is different because there are not three options available. There are only two. Women can either temporarily help by remaining pregnant, or they can intentionally and directly kill their preborn child via abortion. There is no middle “not help” option. The only way to “not help” in the case of pregnancy is to “directly kill.”

The pro-life position does not force people to donate their organs. It forces them to not kill an innocent human being.

Presented to both sides is a question all of us need to answer: How do we think human beings, wherever they happen to be, should be treated? If someone does not want to temporarily help a dependent human being, does that then justify the person killing that human being? Does the freedom to use our bodies mean we can destroy human life which depends on us?

In the current political situation in which abortion is legal, the choice before the pregnant woman is either “help” or “kill.” There is no “not help” option. When we can only help or kill, not only should we help, but it is reasonable for the law to step in, preventing women from killing the preborn, even if it means forcing them to temporarily sacrifice for them.