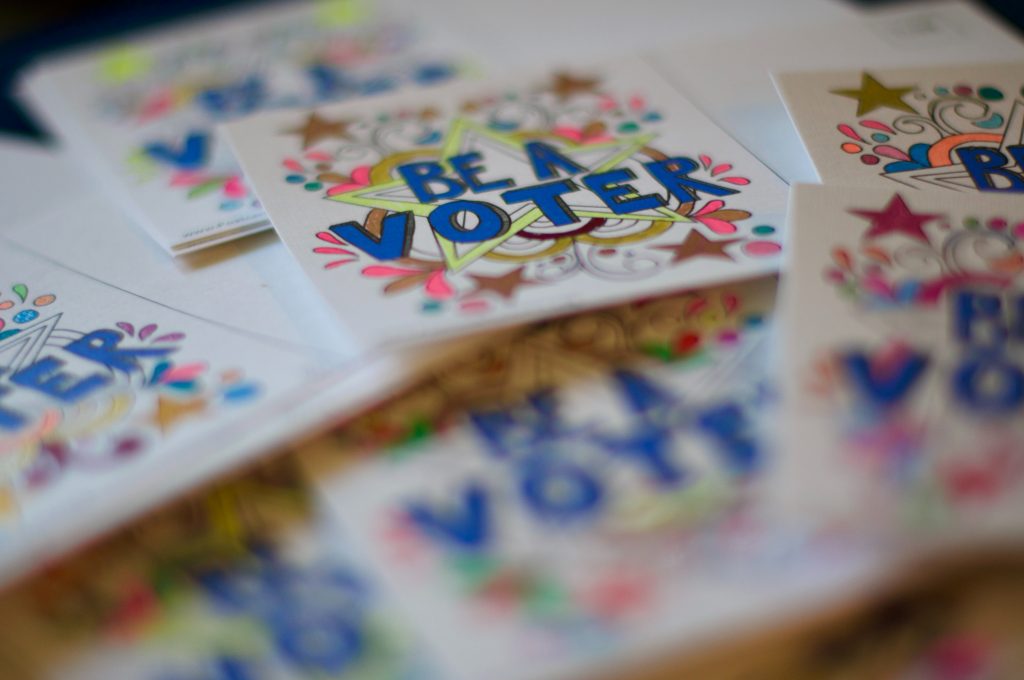 California Proposition 1 is a proposed amendment to the state’s Constitution. It includes both the right to abortion and the right to birth control in the amendment. In a surprisingly honest NPR article, the author noted that the “proposed constitutional amendment doesn’t address the issue of timing, raising the possibility that abortions would be permitted at any point in pregnancy — and, critics contend, permitted for any reason.”

An amendment to the state constitution means that even if the state legislature’s composition changes, no laws banning abortions could pass because the right to abortion exists constitutionally. Courts could clarify the right after the amendment is incorporated into the Constitution, but no legislative changes could be made to alter it.

This dichotomy is not surprising. We have seen it before: people who generally supported Roe v. Wade were also against third-trimester abortion, even though Roe v. Wade allowed such abortions!

When the legislature debated the wording of this proposed amendment, the vagueness of the language was pointed out and discussed — or discussion was attempted, at least.

As the NPR author noted,

“There were several awkward moments when Democrats were stumped by this question from Republicans — most notably when Assembly member Kevin Kiley (R-Rocklin) posed the question point-blank before the final Assembly vote in June.

‘California law generally bars the performance of an abortion past the point of fetal viability,” Kiley said. “Would this constitutional amendment change that?’

The floor went quiet. For a full 30 seconds, no one said anything. Assembly Speaker Anthony Rendon whispered with Democratic colleagues, asked to have the question repeated, and then promised to answer later. He never did.”

I reached out to Pro-Life San Francisco to get their response to the proposition:

“Prop 1 is a Constitutional Amendment placed on the ballot by politicians who are backed by abortion profiteers. It did not get to the ballot through a citizen initiative of gathering signatures. If it passes, it would expand the practice of elective abortion throughout pregnancy, at any stage, in the state of California — banning any interference from the legislature. That means the hands of Californians would be tied if they want to clarify anything in law afterward about limits on abortions after medically determined viability. Voting NO on Prop 1 keeps California’s current abortion laws in place.”

Essentially, voting YES on Prop 1 in California will expand abortion access, while voting NO changes nothing.

Much like California, Michigan also has a ballot measure to amend the state constitution to include a right to reproductive freedom, which is defined as including abortion. This initiative was citizen-led, however.

This proposal is a bit different than the California one in other ways. The proposal would explicitly only allow abortion regulations but only in very limited circumstances. The proposal states, “An individual’s right to reproductive freedom shall not be denied, burdened, nor infringed upon unless justified by a compelling state interest achieved by the least restrictive means…A state interest is “compelling” only if it is for the limited purpose of protecting the health of an individual seeking care, consistent with accepted clinical standards of practice and evidence-based medicine, and does not infringe on that individual’s autonomous decision-making.” (emphasis added)

With this proposal, Michigan could completely outlaw any abortion regulations for the state’s interest in the fetus’s life at any point in pregnancy.

The proposal also clearly states that abortion regulation after fetal viability is allowed, but again, there are exceptions. The exceptions are very reminiscent of Doe v. Bolton’s “health” exceptions; that is, they allow abortion past viability for almost any reason: “the state may regulate the provision of abortion care after fetal viability, provided that in no circumstance shall the state prohibit an abortion that, in the professional judgment of an attending health care professional, is medically indicated to protect the life or physical or mental health of the pregnant individual.” (emphasis added)

And finally, this proposal would constitutionally guarantee that no woman is ever held legally responsible for any pregnancy outcome — nor anyone helping her achieve whatever pregnancy outcome she desires. While the positive of this part of the proposal is that women would not be legally held accountable for stillbirth, miscarriage, or abortion, what it also does is make it impossible to hold anyone accountable who assisted the woman. The mainstream pro-life response of holding healthcare professionals accountable for illegal abortions would not be allowed. Additionally, this could prevent any legal action against a woman who gives birth and then, through intentional or unintentional negligence, kills her child through starvation or exposure; it could also prevent legal action against a woman who takes illegal medications or medication known to harm a developing child and giving birth to a dead child or an injured child.

Voting YES on Proposal 3 would make abortion a constitutional right in Michigan. This bans interference from the legislature. It opens up abortion for any reason at any point in pregnancy. Voting NO on proposal 3 keeps all current (already very liberal) abortion laws on the books.

In Vermont, a constitutional amendment was put forth by the Senate. It is more similar to California’s in that it was not a citizen-led initiative and the wording is more vague and open to allowing abortion at any point in pregnancy for any reason. Part of the proposal reads, “That an individual’s right to personal reproductive autonomy is central to the liberty and dignity to determine one’s own life course and shall not be denied or infringed unless justified by a compelling State interest achieved by the least restrictive means.”

A YES vote on Proposal 5 would amend the state constitution to include a right to personal reproductive autonomy — including abortion — and would prohibit government interference unless there was a compelling state interest to infringe on this right. However, unlike Michigan’s proposition, the compelling interest is not required to be limited to the mother.

Since Mississippi’s 15-week abortion ban overturned Roe v. Wade, the Vermont amendment could still allow abortion bans and regulations to be passed, but probably not ones under 15 or perhaps 12 weeks (under the first trimester).

A NO vote on Proposal 5 would keep current abortion laws in Vermont exactly the same.

Kentucky goes against the grain of our first three state proposals. Kentucky’s Constitutional Amendment 2 would actually amend the state constitution to say that there is no right to an abortion enumerated in the Constitution. This would leave abortion to be a purely legislative issue from here on out in Kentucky.

Voting YES on Constitutional Amendment 2 restricts the scope of abortion to just the state legislative branch by clearly stating there is no right to an abortion in the state constitution.

Voting NO on the amendment would keep all current abortion laws the same in Kentucky.

Montana is the outlier of the group this November. Instead of a constitutional amendment, Montana is voting on a legislatively-referred state statute, LR-131. If passed with a YES vote, this new law would put three items in place to protect born-alive abortion survivors.

First, the law would recognize any infant born alive under any circumstance, including an attempted abortion, as a legal person.

The law would also require medical care for any born-alive infant under any circumstance.

Lastly, the law would put a fine and prison time in place for any medical personnel found to violate the law.

This proposed state statute does reach further than the abortion issue. While many pro-life people are saying this would essentially just ensure an infant born alive after an attempted abortion would be required to be given medical care, many people in opposition to LR-131 say it has nothing to do with abortion! This proposed law would require care for extreme preemies and babies born with “fatal” or “incompatible with life” anomalies or disabilities.

In fact, doctors already routinely do not even offer to provide life-sustaining care for such infants, instead only offering palliative care — because the baby will soon, anyway. An open letter signed by medical professionals in opposition to LR-131 states, in part:

“LR-131 forces health care providers to take measures at birth to ‘preserve the life and health of a born-alive infant,’ defined as one born ‘at any stage of development,’ including infants born too early to survive outside the womb and infants with malformations incompatible with life. This amounts to the government mandating aggressive treatment for newborns for whom no amount of medical care will save, and may instead prolong suffering and severely disrupt families’ grieving process….Supporters of this ballot initiative may claim it is about abortion and use inflammatory rhetoric, but this has nothing to do with abortion. The reality is that this represents government interference in the patient-physician relationship at times when families need compassionate care and trust in their health care professionals the most….this bill pushes a one-size-fits-all mandate that will cause real harm to these babies, mothers, and families.”

Let me be clear: this response is based on both eugenics and very misplaced compassion for a woman and her family. Additionally, this is not a one-size-fits-all law. The proposed law clearly states the intervention must be “medically appropriate and reasonable actions to preserve a born-alive infant’s life.” No, the law does not demand “aggressive treatment” for newborns who will not survive long after birth. It demands appropriate, reasonable care. The appropriate, reasonable care may be palliative care.

But the scores of parents who have to argue with health care providers to give their child medical attention will now have legal cause to insist on reasonable care for their child. And guess what? Most parents want to know their child’s chances if given medical care, not told that they’ll just die soon after birth anyway, so nothing will be done to help them. That kind of mentality in the medical world needs to go. It is utilitarian and eugenic and has no place alongside true compassion, as the doctors of this open letter claim to have.

A NO vote would not pass the statute and the state of abortion law in Montana would remain the same. A YES vote would pass the statute and give babies born alive after any pregnancy outcome a legally protected chance at life and would give parents of wanted children who are born under bad circumstances a way to push back at doctors and demand medical care for their children.

Interestingly, 2022 is a record year for abortion-related ballot measures. With these five ballot measures and the Kansas special election one earlier this year, that makes a total of six ballot measures concerning abortion; the most since 1986 (only 4 measures then)!

Photo by Dan Dennis on Unsplash