How Common Ground Can Change Your Conversations 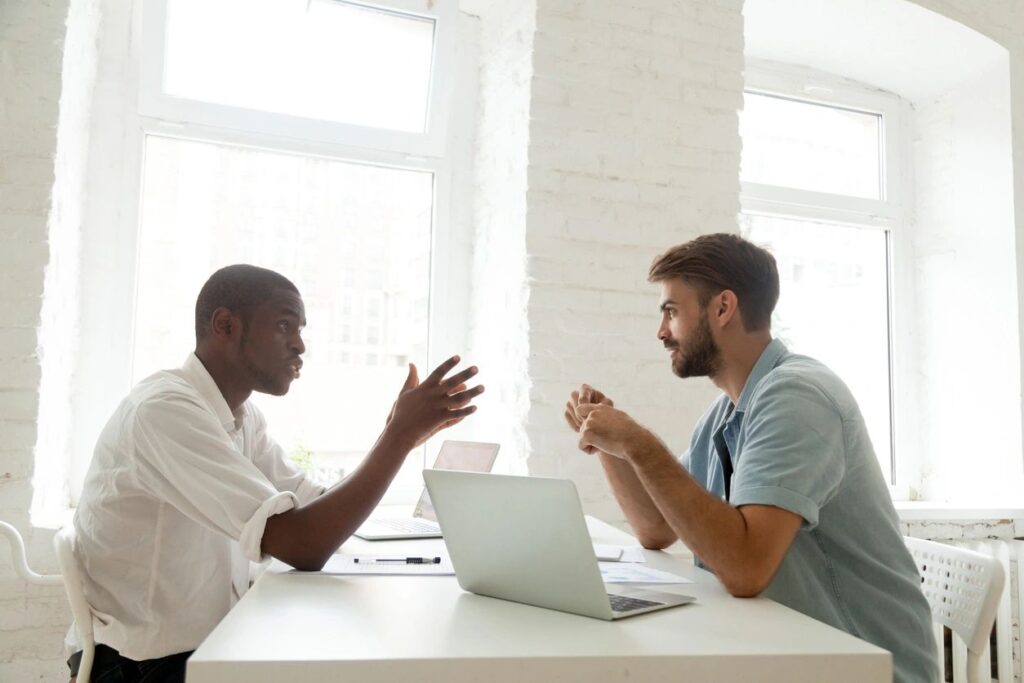 I stood there desperately trying to remember an intellectually sophisticated explanation for why abortion is not justified in the case of rape.

A classmate of mine had walked over with her son who was about three years old at the time. She asked me what I was doing, and I told her about the pro-life club I was representing. Naturally, the conversation turned to abortion. She paused for a moment and then told me she was pro-choice. She quickly shared with me that she had been raped, gotten pregnant, and then had an abortion. She also told me she was not sure if she actually got pregnant from the rape as she was sleeping with multiple men at the time.

I don’t recall exactly what I said, but I do know that what came out of my mouth was not helpful. I remember being only focused on making the point that it is wrong to kill an innocent human being. While that point is incredibly vital, the time at which you make it is also vital. And in this particular conversation, I blew that timing decision completely. Instead of showing compassion and concern for this woman like a normal human being would, I went into debate mode. Instead of expressing sorrow for her assault and asking her how she was doing, I unintentionally ignored her pain and unsuccessfully tried to show her why she was wrong.

The conversation ended very quickly after I tried to “make my point.” Whenever this interaction comes to mind I wish I could see her again to tell her I’m sorry.

This was my very first conversation about abortion. In 2016, I was the new vice president of the pro-life club at my college, and I was doing my first tabling event. I was trying to get students to join the club and start conversations about abortion. I was passionate and motivated to speak to students, but I had no training and no experience.

My inability to make progress with my classmate propelled me to study the issue more so that I could give an answer the next time. I studied books, read articles, watched debates, and continued to have conversations. Yet, even as I was beefing up my intellectual responses, there was still something missing in my conversations about abortion.

It wasn’t until a few years later that I realized what else had gone so wrong in that first conversation. The problem wasn’t just that I couldn’t articulate why I thought abortion was not justified in the case of rape. The problem was multifaceted: First and foremost, my response was devoid of compassion and concern for victims of sexual assault. Second, common ground was completely absent. I was so focused on making an argument that I completely missed connecting my ideas in a meaningful way to the person in front of me. My mind was in this mode where I would hear an argument or statement, and all I did was think of a response to refute what was said. I was not really listening.

Although I had first been introduced to Justice For All (JFA) in 2017, I didn’t volunteer with JFA and experience its training until 2019. Through multiple Abortion: Debate to Dialogue seminars, outreach events, and time with the staff, the way I communicated with people began to change. I began to see pro-choice people differently. The tone of my conversations was altered, and I was able to look back and recognize what had gone wrong in so many of my previous conversations.

One essential part of good dialogue which I was missing was common ground. Common ground is not just about giving verbal assent to something we can agree on. That’s definitely part of it. But it’s also about genuinely showing that we care about the person in the way we treat her and in how we communicate with her. It means taking time to acknowledge something good in someone else. It’s about being sensitive to a person’s pain and the difficult life experiences that inform her views on abortion.

Conversations about abortion can be scary and intimidating. Many people avoid the issue and don’t engage in conversations because they don’t know what to say, are afraid they’ll say the wrong thing, or fear hurting other people the way I did. Those are valid concerns, and it’s normal to feel afraid about that. But I also think it’s incredibly important that we do not let our fear of making mistakes keep us from speaking up about abortion. Ignoring or avoiding the issue and acting like it’s not hurting those around us is like turning our back on someone who’s bleeding out. Turning our back doesn’t stop the bleeding, and it doesn’t heal the wound. It just leaves the injured to suffer alone.

It’s important to understand that people’s views on abortion have often been entrenched by many painful, complicated, messy events. A change of mind on the issue of abortion can feel very costly. It can often include a number of painful steps. We can’t expect people to make major worldview shifts in front of us. Change happens slowly over time, sometimes imperceptibly, and oftentimes without us seeing the immediate results.

Instead of shouldering the responsibility of changing someone’s mind, our attitude in conversations can shift to being thankful for the part we can play in this person’s life in the time we have to speak with them, even if that’s one simple conversation. In humility, we can recognize that we’ve all been mistaken about things in the past, and we have all done things we shouldn’t have. Our goal is to help this person get one step closer to the truth. Sometimes, you’re going to catch people at the beginning of their road to truth, others in the middle, and some towards the end.

I think our conversations have far more power than we realize. Even if they don’t have the impact you want to see at the moment, you can be sure that your efforts to plant seeds will not be in vain. It’s a privilege and a gift to play a part in someone’s process of something so important. Patience, gentleness, and common ground can make difficult conversations occur in an environment where it’s safe to reconsider something so monumental. I’m sure we would want that for ourselves. So let’s make it a reality for others.

I’ve made many mistakes in my conversations over the years. The story I shared at the beginning is just one of them. Instead of giving up and not having conversations at all, I decided to keep having them and to learn from my mistakes. I hope you’ll do the same.

The mistakes you’ll make don’t indicate you should stop talking about this issue. They don’t disqualify you from speaking out in the future. Let the mistakes you make propel you to seek out trusted mentors who can give you wise feedback about your conversations. A first step you can make is signing up for Justice For All’s Love3 course or use our contact page to request mentoring.  Read Common Ground Without Compromise by Stephen Wagner to get practical ideas on how you can find common ground with those who disagree with you.

It will also be helpful to journal about your conversations and write down what was said so you can remember the things that were good and not so good. Be willing to humbly admit mistakes and move forward.

It’s precisely because the stakes are so high that we should be careful with how we talk to people. And it’s precisely because the stakes are so high that we can’t let the fear of bad conversations or saying the wrong thing keep us from saying anything at all. If we really want to play a part in changing people’s minds, if we really want to reach the hearts of people and help them love unborn children, we have to talk to them. We have to understand them. And to do that, we need to listen and ask questions. We need to find common ground. We need to start conversations even though we know that in the process we will make mistakes. The unborn don’t need you to be perfect. They just need you to be their voice because they have none of their own.