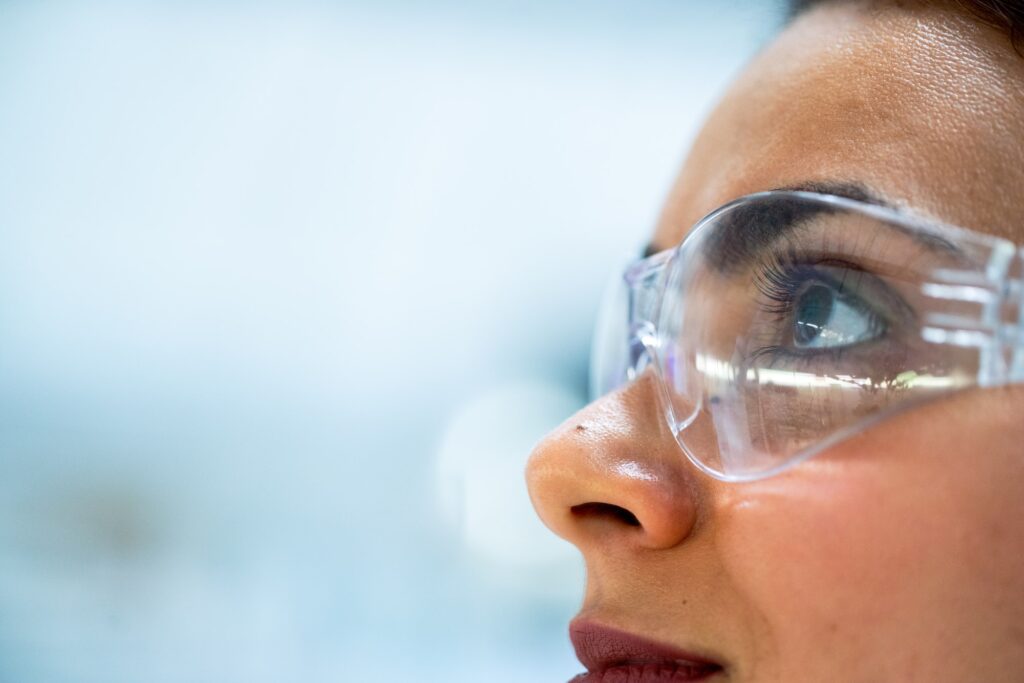 If you’ve ever heard of abortion pill reversal at all, you’ve probably heard dichotomous views on its safety, efficacy, and basis in science. Planned Parenthood, NPR, and ANSIRH all caution on how reversing a medical abortion may not be possible, may not be scientifically supported, and may not be supported by rigorous medical studies.

On the other side, you have the official abortion pill reversal website, pro-life news websites, and pregnancy help centers touting the wonders of this process, as well as some state laws which require, as part of informed consent prior to a medical abortion, that women be told reversal is a viable option.

Which sources are biased or just plain wrong? Are state legislatures making bad pro-life laws not based on science? Are the doctors doing reversals risking women’s lives with an unproven, scientifically unsound process? Are abortion advocates saying reversal is dangerous or not possible doing so in spite of evidence to the contrary?

How does pregnancy work?

Progesterone is known as the “pregnancy hormone.” It is a steroid hormone that works along with estrogen and other hormones to promote a healthy pregnancy. Until approximately ten weeks post-fertilization, progesterone is produced by the woman’s corpus luteum, a mass of cells located in her ovary formed after a follicle pops out an egg. After ten weeks, the placenta actually takes over the production of progesterone.

Progesterone does a lot for pregnancy. Probably the most common thing progesterone is known for is maintaining the uterine lining. A drop in progesterone precedes menstruation, for example, and low progesterone can inhibit an embryo from ever implanting. The surface cells of the uterus have progesterone receptors (PRs). When progesterone binds to PRs, this triggers the endometrium of the uterus to do It’s thing and prepare for implantation and maintenance of the growth of the embryo/fetus. This is a highly complicated and intricate process which has been studied for many years, but is still not fully understood.

A lesser-known but very important role of progesterone is modulating the immune response of the mother to the fetus during pregnancy. One way of doing this is for progesterone to bind to PRs on certain white blood cells in the mother’s blood stream. Once bound, the molecules can travel to the nucleus of the cell and interact with the DNA to modulate gene expression. This activity signals the immune system to make less of a certain type of cytokines. Cytokines are an assortment of different molecules associated with the immune system which affect cells. Some types of cytokines could signal an immune response to the embryo/fetus, making the mother react to her child as a foreign object or invader. However, the same process of progesterone binding to PRs on certain white blood cells also tells the cell to produce more of another type of cytokine which will not attack the fetus; at the same time, the cell is signaled to produce a specific protein which also helps regulate the immune response of the mom’s body. This is an overly simple explanation of one part of a very intricate dance at the cellular level between the human embryo/fetus and mother’s bodies.

Progesterone supplementation has been used for decades as a normal part of artificial reproductive technology to improve the chances of embryo implantation and continued gestation, with clearly beneficial results. It has also been used to treat women at risk for preterm birth and those who have a history of miscarriage, with neutral or decidedly beneficial results based on the study considered.

How does a medical abortion work?

Now here’s how a medical abortion works: mifepristone — also known as RU-486, Mifeprex, or Korlym — also binds to PRs! Mifepristone is a chemical look-alike to progesterone, meaning its structure is similar enough to progesterone that the receptors which recognize progesterone can’t distinguish between the two molecules. So mifepristone essentially tricks PRs, binds to them…but then the PRs can’t carry out their normal functions like they would if progesterone was bound.

So the PRs in the endometrial cells of the uterus are no longer being signaled to maintain that lining, and the mother’s immune response to the baby is no longer being modulated. The uterine lining will start to break down, which is what eventually kills the embryo or fetus via lack of oxygen and/or nutrients, which can’t be passed from mother to child when the mother and child are no longer connected. Mifepristone has some other modes of action, such as making the uterus sensitive to contraction-inducing prostaglandins — for example, misoprostol, the second part of a medical abortion.

Note for nerds: If you want to play around and see how these molecules look in 3D while bound to the PR, here is the crystal structure for progesterone and the one for mifepristone. You can also look at a 3D structure of just the molecules for progesterone or just mifepristone. It’s clear the structures are similar and bind in a similar conformation in the same binding pocket of the PR.

How could a medical abortion be theoretically reversed?

Here’s the kicker: mifepristone is a competitive inhibitor of progesterone! What does this mean?

What this means in the case of medical abortion is that if you flood PRs with enough progesterone, progesterone will outcompete mifepristone and take over binding to the PRs again — which re-starts or maintains what the body was already doing under progesterone’s influence originally. This means it would be quite reasonable to expect to be able to introduce more progesterone in a sufficient amount to outcompete the available mifepristone.

Many opponents of the concept of reversing medical abortions tend to cite a couple of publications. The first they cite is a very small case study on abortion pill reversal published in 2012 [5], criticizing the very small sample size and methodology. Opponents also like to cite a 2015 publication from Dr. Grossman stating there is no evidence that giving progesterone increases chances of ongoing pregnancy after mifepristone ingestion more than “expectant management” does (i.e, just waiting to see what happens). [6]

However, it’s like pro-choice advocates are stuck in 2015 or earlier with their analysis of any evidence which shows reversing the effects of mifepristone may be possible. They seem to never talk about the publication from 2015 which included 248 patients or the case study from 2018 which included 547 patients, or the early animal studies with RU-486 and progesterone involving pregnant rats, or the small 2017 case study by Dr. Garratt who is also coordinating a trial for a large, thorough study on the efficacy of reversal. [7-10]

Additionally, there is an element of irony in these oppositions. Many of the researchers, doctors, and abortion advocates involved in opposing the possibility of reversal of medical abortion based on lack of rigorous studies also like to cite as a basis for their doubt a very small study which was cut short [11].

Of the very small sample size available, only two of the five women who took a placebo after taking mifepristone still had a viable pregnancy (fetal heartbeat detected) two weeks after the medication as opposed to four of the five women who took progesterone after taking mifepristone — suggesting yes, progesterone after mifepristone does increase the chance of reversing the effects of a medical abortion. Additionally, this was a lower oral dose of medication (200 mg) given than one of the two most effective treatment routes noted in the 2018 publication with the large reversal sample size (high oral dose, 400 mg). [8]

The concern is mainly that by not completing the abortion procedure, women are at a higher chance of severe bleeding, since one of the five women given progesterone needed to go to the hospital for hemorrhaging, and two of the five women who received a placebo needed hospitalization for hemorrhaging, as well as aspiration to complete the abortion, and a transfusion for one of them.

The Grossman publication from 2015 saying “expectant management” is just as good as progesterone supplementation has also been criticized for having poor methodology for study inclusion, which inflates the chances of continuing pregnancy after mifepristone alone as being as high as 46%; with better methodology of choosing appropriate studies, the chances should be closer to a maximum of 25%. [8, 10]

When using the data from the 2018 case study of 547 patients, the chance of completing a healthy pregnancy is about 2-3 times as likely when administered progesterone after taking mifepristone (48-68% chance) than the upper bound of just not taking anything at all after ingesting mifepristone (25% chance or lower). Additionally, the chance for reversal increases the more quickly progesterone is started after taking mifepristone, and the later in pregnancy a woman is [8]. When the data on actual reversal attempts are taken into account, it seems clear her chances would be increased for continuing pregnancy and decreased for severe outcomes like excessive bleeding. [5, 7-11]

Women deserve to know their chances and options

While abortion advocates like to say women rarely change their minds after deciding to take the first medication, the data source for that claim is not an accurate reflection of the actual number of women who do. In a “personal communication” with the mifepristone manufacturing company, Danco Labs, Dr. Grossman was told based on doctor’s reporting to the company that the rate of women changing their minds from 2000-2012 was only 0.004%. [6] This would mean only 6 of the 145,434 women reported to have an early medication abortion in America in 2012 would have sought reversal. [10] However, from 2012-2016 the number of women contacting the Abortion Pill Reversal hotline seeking reversal was 1,668. Averaged over five years, that makes about 333 women a year. Now, the hotline is international, but not as many international contacts are received as US contacts. However, assuming it’s completely equal, that would be about 166 US women seeking reversal a year. Or, using the 2012 data like Dr. Garratt did [10], approximately 0.11% of US women sought abortion pill reversal — almost 29 times higher than what the abortion drug manufacturer estimates.

While the in-practice efficacy of reversal attempts for medical abortions could maybe be argued to have a little room for debate, the scientific soundness of the concept cannot be denied or ignored. Women can and do change their minds after deciding to start a medical abortion. If there is a safe way to increase her chances of continuing her pregnancy (besides simply waiting and seeing what happens, as is the standard), she deserves to be informed of this and be able to try to access that care.

At the very least, adding progesterone to the “expectant management” standard can’t hurt a woman’s chances of continuing her pregnancy after mifepristone ingestion. You can read the stories of women who have successfully reversed their medical abortion here, here, here, and here, just as a start. Hundreds of these women and their children exist and are grateful they were given a second chance at life.