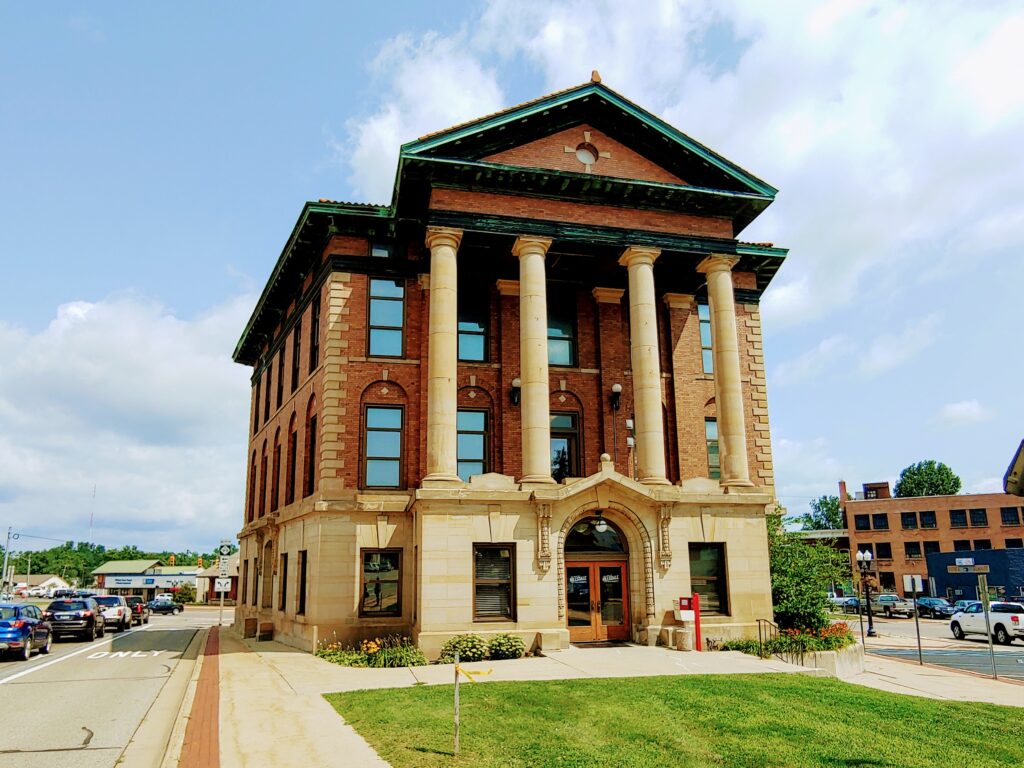 On Monday, August 2nd the City of Hillsdale, Michigan will be considering an ordinance to outlaw abortion within their city limits. Hillsdale, which is home to Hillsdale College, is a city whose strong conservative reputation is known throughout the United States.

The ordinance in the Hillsdale City Council packet for their August 2nd meeting is not designated an emergency ordinance. According to Michigan law no ordinance can be voted on at the meeting it is introduced unless it is an emergency ordinance. This does not mean that the the City Council does not have to wait weeks to pass the ordinance, however. Many in the community, including members of Hillsdale Right To Life, are advocating for an emergency meeting to be called in order that the Sanctuary City for the Unborn Ordinance can see immediate passage. If the City of Hillsdale passes the ordinance they will be the first city in Michigan to pass an ordinance outlawing abortion.

The proposed Hillsdale Michigan Ordinance states, “It shall be unlawful for any person to procure or perform an abortion of any type and at any stage of pregnancy in the city of Hillsdale, Michigan” and “It shall be unlawful for any person to knowingly aid or abet an abortion that occurs in the city of Hillsdale,Michigan.” Abortion is defined by the ordinance as “the act of using or prescribing an instrument, a drug, a medicine, or any other substance, device, or means with the intent to cause the death of an unborn child of a woman known to be pregnant.” The Ordinance is clear that the term does not include birth-control devices or oral contraceptives. The Ordinance is also clear that the act is not an abortion if the act is done with the intent to “save the life or preserve the health of an unborn child”, “remove a dead, unborn child whose death was caused by accidental miscarriage,” or “remove an ectopic pregnancy.”

There is one other exception listed in the Ordinance and that is a very narrow exception for cases where the mother’s life is at risk. This is listed as an affirmative defense and falls upon the one performing the abortion to provide that defense if necessary. This is outlined by the Ordinance as abortions in cases where the abortion is “in response to a life-threatening physical condition aggravated by, caused by, or arising from a pregnancy that, as certified by a physician, places the woman in danger of death or a serious risk of substantial impairment of a major bodily function unless an abortion is performed.”

The Hillsdale, Michigan Ordinance, like the other Sanctuary Cities for the Unborn ordinances, is enforceable. Those who are found in violation of the ordinance are subject to a fine of $500.00 and imprisonment for 90 days, and each violation shall constitute a separate offense. This prosecution or penalty contains only one exception: “Under no circumstance may the penalty be imposed on the mother of the unborn child that has been aborted, or the pregnant woman who seeks to abort her unborn child, be subject to prosecution or penalty”

The Hillsdale, Michigan Ordinance also allows for private citizens to file civil lawsuits against any person who violates or intends to violate Section 22.66, Section 22.67, or Section 22.68 of the ordinance outlawing abortion in Hillsdale, Michigan. This action is also not dependent upon the overturning of Roe v. Wade or any other court ruling, but is immediately enforceable.

The initiative has also gained support from Michigan Representative Andrew Fink, who released a statement on the Michigan House Republicans website, stating, “As a father and legislator, I am proud of the work being done by pro-life advocates in our local community to advance this important initiative that reflects the family values of our area.” Representative Fink explained,

“The premise of this measure is simple: no longer would abortion procedures or abortion-inducing drugs be legal within the city bounds of Hillsdale. Our area is deeply rooted in family values and our people are longstanding defenders of the sanctity of life and the right to life that every U.S. citizen is entitled, including those still in the womb. I’m proud of our community and its steadfast support for the human rights of our defenseless unborn population.”

Representative Fink closed his public statement commending the members of the City Council for taking up the initiative and encouraged them to adopt the ordinance which “reflects the crucial values of the local citizens they represent.”

Jonathan F. Mitchell, the former Texas Solicitor General, has offered to represent the city of Hillsdale at no cost to the city and taxpayers for any litigation which results from the passage of the proposed ordinance.

If Hillsdale were to pass the ordinance outlawing abortion this next week they will be the fifth city in the nation to outlaw abortion since the lawsuit by Planned Parenthood against the City of Lubbock was dismissed in Federal Court. It would also be the 21st city to outlaw abortion since the ACLU withdrew its lawsuit against seven cities in East Texas. Other political subdivisions expected to vote in August include Leona, Texas (pop. 190), Eastland, Texas (pop. 3,970), and Manatee County, Florida (pop. 412,119).