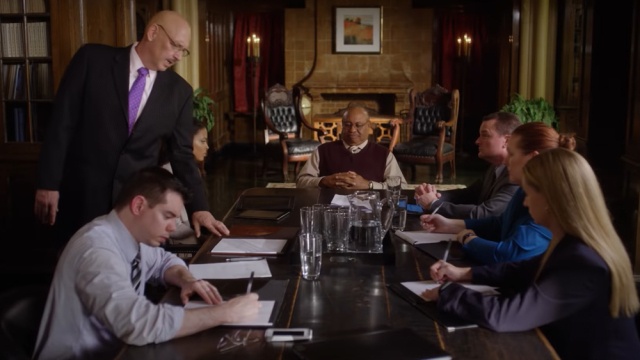 Like the trial on which it is based, the film Gosnell: The Trial of America’s Biggest Serial Killer has from its inception and despite all odds — including a very limited showing and the establishment’s repeated attempts to block it– had a profound effect on its viewers. Moreover, it remains a fan-favorite, still maintaining an “unprecedented” 98% audience approval rating on RottenTomatoes.

Producers Phelim McAleer and Ann McElhinney recount showing “a liberal friend an early cut of the film. [H]e left the theater and started chain smoking, declaring: ‘I’ll have to rethink everything.”

McAleer and McElhinney say viewers “have responded in unprecedented numbers with overwhelming[sic] positive reviews. Many have said it changed their lives.”

McAleer and McElhinney ought to know. The Gosnell producers were themselves not yet pro-life when they first became determined to tell the story of the Gosnell trial. They were merely Irish journalists wanting to tell the story of America’s most prolific serial killer, abortionist Kermit Gosnell– a story which domestic journalism seemed largely uninterested in reporting.

Indeed, McElhinney admits she “never trusted or liked pro-lifers,” saying she considered them “too religious” and “manipulative.” Yet, the Gosnell story, she says, “can change hearts and minds. It changed mine.”

Reporter JD Mullane, who famously tweeted the picture of the empty press benches inside the Gosnell courtroom, told former Arkansas Governor Mike Huckabee in a 2013 interview that “one journalist…who ha[d] told [Mullane] that he [was] very liberal, very pro-choice…after sitting through the testimony in the Gosnell trial, [had] reconsidered. He’[d] changed his mind.”

“That’s the power of the Gosnell trial,” Mullane added.

Such has also been the power of the Gosnell movie, which has had a deep impact on pro-life and pro-choice viewers alike.

It has moved pro-life people to action. One grandmother whose grandchild died in the womb at 28 weeks was inspired to honor his memory by purchasing Gosnell tickets, even though she herself was unable to use them.

“It was something positive l could do in a time of sorrow,” she said. “I want to encourage others to do the same …in memory of children or just to support getting the truth out about this important film.”

Another pro-life advocate told her friends she wanted them to go see Gosnell with her during her baby shower in lieu of bringing gifts. Her friends were so touched by this selfless sentiment they decided to throw her a surprise baby shower at a restaurant after the movie.

One Gosnell fan even used his truck as a mobile billboard to promote the movie, after all when the media refuses to review a top-rated movie, supporters take matters into their own hands.

In the film’s opening weekend, Terri Palmquist of LifeSavers Ministries, Inc., a pro-life ministry in Bakersfield, California, rented a theater to encourage people to see the film. After the screening, Palmquist told the moviegoers about LifeSavers’ weekly sidewalk ministry outside a local abortion clinic. On the Wednesday following the screening, four mothers who had watched the Gosnell movie joined the ministry outside the abortion clinic and successfully ministered to a young pregnant woman who decided not to have her scheduled abortion after talking to the other moms and seeing them with their children.

“The girl was just touched. The moms were letting the girl hold the babies. Without them there, I don’t think we would’ve been able to reach that mom, and the moms who came out were motivated by the movie,” Palmquist said.

Pro-abortion supporters have completely changed their minds on abortion after seeing the Gosnell movie. Kathy Zhu, a college student at the University of Central Florida, tweeted out to her 50,000 followers:

“Yesterday, I was pro-choice. I believed that women should have a say & the gov shouldn’t be interfering w/ our lives. Today, I’m pro-life. After watching #Gosnell & doing in-depth research, I finally understand the horrors of loopholes in late term abortions. Pls go watch Gosnell.”

In response, another Twitter user shared how the Gosnell trial had changed her:

“I was pro-choice but when I first heard about the Gosnell trial and grand jury report in 2011-12 I completely became pro-life.”

“The Gosnell movie singlehandedly changed my mind on abortion.”

According to producers McAleer and McElhinney, “[t]hat is why we made the Gosnell Movie— not to make people think a particular thing but to bring facts to people and to make them think again. As journalists and filmmakers it is all we want to do.”

In an interview with Family Research Council, McElhinney said, “I can tell you… people sit until the very end of the credits. At one place, a priest stood up and said, ‘Would anyone like to pray?’ and everyone stayed, and everyone prayed… In other places, people huddled in groups in the foyers of movie theaters and prayed. This is what we’re getting from the audience.”

McElhinney added that she could spend “all day reading the most beautiful letters from people who have changed their mind about abortion from watching the movie.”

Others wrote to tell McElhinney they were ignorant of the facts of abortion before watching Gosnell. They thought abortion was illegal past three weeks gestation or they had no idea what abortion involved. Viewer testimonials can be read at the movie’s Official Facebook Page.

The Gosnell movie is definitely a phenomenon viewers do not want to miss. Which other movie has changed so many minds, inspired activism and people to buy tickets even in areas the film is not showing as well as sparked prayer and in-depth conversations in the theater after the film?

Gosnell: The Trial of America’s Biggest Serial Killer is available for pre-order on DVD at Amazon.com and is already topping Amazon Best Seller lists. It is set for release February 5, 2019. Order your copy here and join the movement.