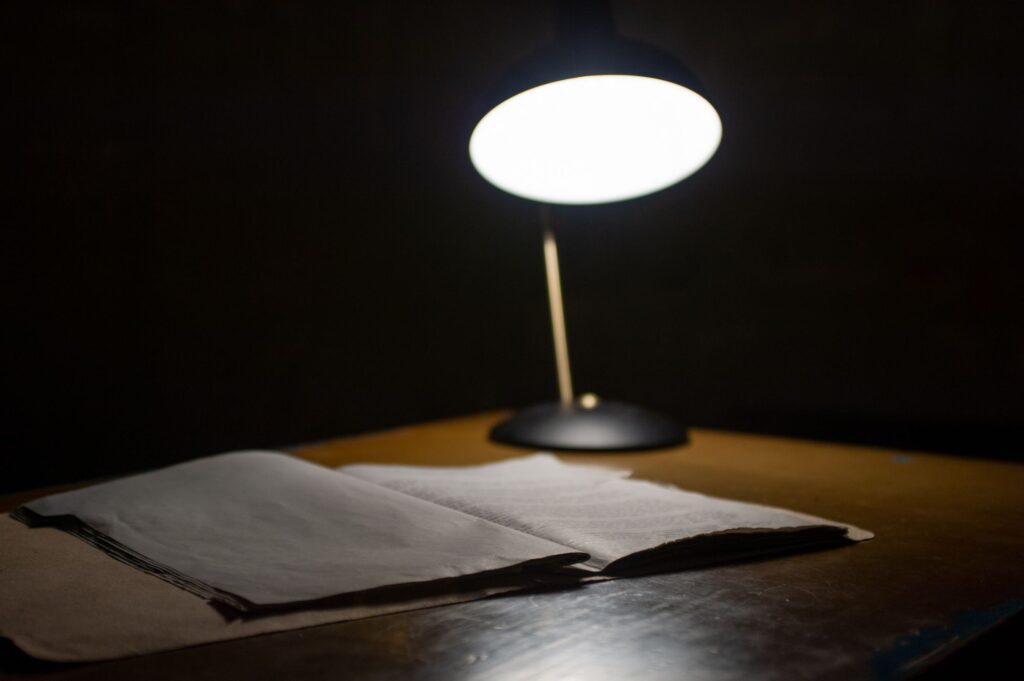 Can a woman be found guilty for the death of her unborn child?

Why am I talking about this?

This question has come to the forefront of the abortion debate in 2019, after articles in Slate (1) and the New York Times (2) expressed the authors’ fears over passage of Georgia’s LIFE Act (3). These concerns escalated to the point that celebrity boycott campaigns claimed women could be imprisoned for miscarriages! (4)

In late June, the Marshae Jones incident in Alabama further exacerbated the rhetoric — particularly since it was someone else who fired a handgun in self-defense which led to the death of Jones’s unborn son. When the prosecutor dropped charges a few days later with no reason given (5), the original question remained unanswered. (Read full coverage of this story here.)

I decided that finding an answer to the question of maternal liability was a worthwhile goal, so I spent a couple months digging through legislation and court cases across all 50 states, Washington, DC, and at the Federal level. To my surprise, the debate has actually waged for several decades within state legislatures and courtrooms until it just recently came to the attention of the media and the general public.

Preceding the US Supreme Court decision of Roe v. Wade in 1973 (6), state laws were mostly silent on how to prosecute criminal abortions carried out directly by pregnant women. These “self-abortions” — as they have become known — were apparently either not common enough to necessitate drafting new laws, or legislators believed such acts were already covered by common law.

Four states had specific penalties toward women for self-abortions: Arizona (7), Delaware (8), Idaho (9), and Oklahoma (10). Four other states — Georgia (11), Michigan (12), New Mexico (13), and North Carolina (14) — had laws written with syntax which implied only a third-party actor — someone other than the woman — could be charged for the crime. For example, Michigan Compiled Laws § 750.14 describes that the act has to be done “to any pregnant woman.” Aside from these eight states, no other laws appear to have addressed self-abortion liability before 1973.

Over the next few years, state legislatures began updating their abortion statutes to become Roe-compliant. A few of them implied protection against prosecution of women by way of grammatical syntax, but none of them specifically added the language. This would continue to leave prosecution of most cases to the discretion of the individual prosecutors and judges.

During that first decade post-Roe, two state legislatures added new laws to specifically allow the prosecution of women for illegal abortions: South Carolina Code of Laws § 44-41-80(b) (misdemeanor) in 1974 (15) and Nevada Revised Statutes § 200.220 (felony manslaughter) in 1979 (16). The latter states:

“A woman who takes or uses, or submits to the use of, any drug, medicine or substance, or any instrument or other means, with the intent to terminate her pregnancy after the 24th week of pregnancy, unless the same is performed upon herself upon the advice of a physician acting pursuant to the provisions of NRS 442.250, and thereby causes the death of the child of the pregnancy, commits manslaughter and shall be punished for a category B felony by imprisonment in the state prison for a minimum term of not less than 1 year and a maximum term of not more than 10 years, and may be further punished by a fine of not more than $10,000.”

In 1985, Wisconsin became the first state in the nation to add immunity against prosecution of the woman. This came in Wisconsin Statutes § 940.13 (17):

Beyond just the legislative actions, the discussion of criminal abortion liability made its way to the Florida Supreme Court in 1997 with the case State v. Ashley (25). This case addressed Kawana Ashley’s self-abortion attempt during the third-trimester by use of a .22 caliber handgun fired into her abdomen. Her act resulted in the premature birth and subsequent death of her child. She was charged with murder and manslaughter for a criminal abortion. A lower court dismissed the murder charge, so this appeal addressed the manslaughter specifically. The case was ultimately dismissed under the following premise:

“At common law an operation on the body of a woman quick with child, with intent thereby to cause her miscarriage, was an indictable offense, but it was not an offense in her to so treat her own body, or to assent to such treatment from another;  and the aid she might give to the offender in the physical performance of the operation did not make her an accomplice in his crime. The practical assistance she might thus give to the perpetrator did not involve her in the perpetration of his crime. It was in truth a crime which, in the nature of things, she could not commit.”

The next year, a similar case, Hillman v. The State (27), advanced to the Court of Appeals of Georgia and resulted in dismissal. The Court determined that at least two parties must be involved for the criminal abortion law to apply, since the syntax indicated a third-party actor. Judge Eldridge further addressed repercussions if the criminal abortion statute would, instead, be interpreted to allow prosecuting the woman for fetal demise. The hypothetical precedent would be as follows:

“Under such construction, any woman who suffers a post-viability miscarriage could be subject to scrutiny regarding whether or not she intentionally acted to cause the miscarriage. A woman would be at risk of a criminal indictment for virtually any perceived self-destructive behavior during her pregnancy which could cause a late term miscarriage, to wit: smoking or drinking heavily; using illegal drugs or abusing legal medications; driving while under the influence of drugs or alcohol; or any other dangerous or reckless conduct… Taken to its extreme, prohibitions during pregnancy could also include the failure to act, such as the failure to secure adequate prenatal medical care, and overzealous behavior, such as excessive exercising or dieting. Clearly, the legal truism ‘hard cases make bad law’ applies here.”

Also in 2003, the Federal Partial-Abortion Ban Act (32) passed Congress and was signed by President Bush. This act specifically excluded the woman from prosecution with the language in section (e):

“A woman upon whom a partial-birth abortion is performed may not be prosecuted under this section, for a conspiracy to violate this section, or for an offense under section 2, 3, or 4 of this title based on a violation of this section.”

The next year, Congress passed two acts (33, 34) relating to fetal homicide on Federal land. Both included the identical provision, “Nothing in this section shall be construed to permit the prosecution… (3) of any woman with respect to her unborn child.”

With the passage of these Federal laws and the subsequent upholding Partial-Birth Abortion Ban Act by the US Supreme Court in Gonzales v. Carhart (35), several states passed their similar fetal homicide laws and partial-birth abortion bans which all included exemptions for the woman. In all, 22 more states added explicit protection from prosecution for the woman between 2005 and 2019, and four states updated their statutes to add implied protections through grammatical syntax.

Just one state, Oklahoma, added laws allowing prosecution of the woman (36), and those were only during the commission of felonies against another person that resulted in the death of the unborn child.

By November 2019, 32 states have one or more laws which grant full immunity to the woman against prosecution for the death of her unborn child. Additionally, Florida grants immunity through precedent set in State v. Ashley. Nine more states imply immunity through grammatical syntax of laws which suggest a third-party actor is necessary. Four states and Washington, DC, are entirely silent on the handling of criminal abortions.

This leaves just four states which explicitly allow prosecution of the woman for self-abortion: Delaware, Nevada, Oklahoma, and Utah.

Delaware Code 11 §652 (37) predates Roe v. Wade by 20 years, so it is unclear if the law remains active anymore, but there is no evidence it has ever been repealed. The text reads: “A female is guilty of self-abortion when she, being pregnant, commits or submits to an abortion upon herself which causes her abortion, unless the abortion is a therapeutic abortion.”

Nevada Revised Statutes § 200.220 (38) was ratified six years after the Roe verdict, and it limits the crime as follows:

“A woman who takes or uses, or submits to the use of, any drug, medicine or substance, or any instrument or other means, with the intent to terminate her pregnancy after the 24th week of pregnancy, unless the same is performed upon herself upon the advice of a physician acting pursuant to the provisions of NRS 442.250, and thereby causes the death of the child of the pregnancy, commits manslaughter…”

These qualifiers have no conflicts with any relevant US Supreme Court cases, so this law most likely still stands active.

Presumably, a self-abortion would always be a crime, since it violates other abortion laws in the state.

This places an additional burden on the State to prove the unborn child’s death was an intentional act. Actions such as those addressed in State v. Ashley or Hillman v. State would qualify, but drug or alcohol addictions would not.

Now that we have reviewed the evolution of maternal liability laws across the entire United States, let’s revisit the original question:

Can a woman be prosecuted for the death of her unborn child?

Before 1973, only eight states addressed self-abortions: half allowing prosecution of the woman and half implying only third-party actor liability. All other states were completely silent, so any decision to prosecute would have depended upon interpretation of common law. At that point in time, the answer would have been “maybe.”

In 2019, 42 states and the Federal government either explicitly or implicitly grant immunity against prosecution of the woman for self-abortion. Four more states and Washington, DC, are silent, so they would fall under the same common law interpretation that has established immunity in court cases like State v. Ashley and Hillman v. State. Only four states allow for prosecution in specific situations.

Thus, the answer is still not as simple as “yes” or “no,” but it is clear that the tide has turned against the idea of prosecuting women for pregnancy loss except in the most blatantly-egregious of circumstances, and yet, such prosecutions are limited to just four states.