Even The “Safest” Abortion Is Deadly 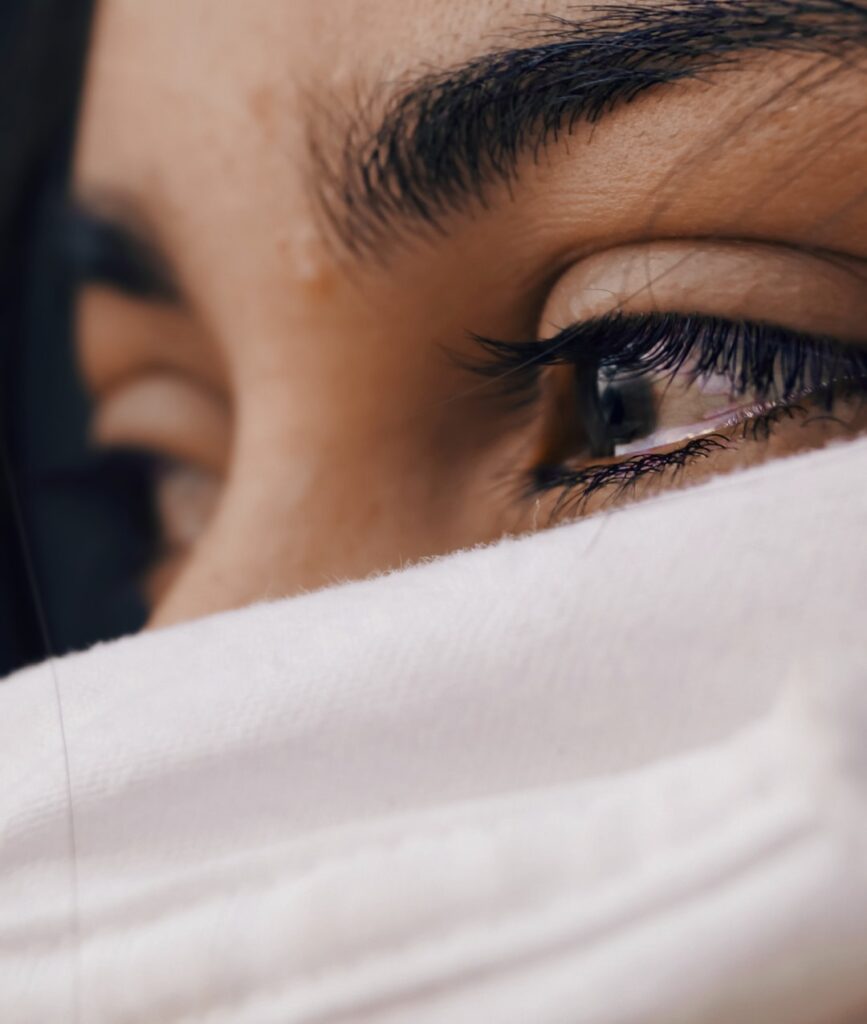 The abortion pill regimen was approved in 2000, and Planned Parenthood praised it as a “positive” and “significant technological advance for women’s health, as the birth-control pill was 40 years ago” and that “it will enable [women], if they choose to terminate a pregnancy, to do that earlier and without surgery.”

The truth, however, is that not only does birth control risk women’s health, including cancer and infertility, but the abortion pill has caused thousands of hospitalizations and even dozens of deaths.

Side effects are anything but “positive,” and they include fever, vomiting, uterine rupture, sepsis, and bleeding so severe that has caused hundreds of women to have required blood transfusions. Abortion clinics are not equipped for emergencies, surgery, or complications, and abortionists are not held accountable for post-abortive complications, which are inaccurately documented and go under-reported.

Abortion is the only medical procedure this dangerously unregulated. Worse, the abortion agenda is pushing unsafe online, by-mail, or “tele-med” abortion pill access along with at-home usage, which risks hemorrhage, infection, injury, and death. Some college campuses even provide abortion pills in vending machines. It is deceptive and dangerous that the abortion agenda promotes such risky, potentially deadly procedures as “very safe” women’s “healthcare,” while at the same time falsely criticizing individuals who are justifiably concerned about these serious health risks as “anti” women’s health or that they are endangering reproductive rights when the exact opposite is true.

The abortion pill regimen is a combination of two drugs, mifepristone (or Mifeprex or RU-486) and misoprostol (or Cytotec), and is performed up to ten weeks of pregnancy, the same time a first trimester baby has unique DNA and blood type (at conception), a heartbeat, fingerprints, brain activity, and all organ function. A first trimester baby can also hiccup, yawn, suck his or her thumb, and feel pain.

The abortion agenda deceives women that the abortion pill is “harmless” like a form of birth control. But even birth control can cause infertility, cancer, life threatening injury, and may even kill a developing human life.

Planned Parenthood’s own website states, “The hormones also thin the lining of the uterus. [This] could prevent pregnancy by keeping a fertilized egg from attaching to the uterus.”

However, to avoid having the birth control pill labeled as an abortion drug, the American College of Obstetricians and Gynecologists invented a misleading and medically inaccurate definition of conception, redefining it as beginning at “the implantation of a fertilized [egg],” or zygote, the first cell of a human body. Scientific fact, however, proves conception, and, thus, human life, begins at fertilization, not implantation, since what implants is a fertilized egg, or developing human life. Therefore, the possibility that birth control pills can block implantation post-fertilization is destruction of human life. The abortion industry has deliberately withheld from women the fact that birth control pills can actually cause early abortion.

The abortion pill regimen kills life even later after implantation in the embryonic and fetal phases of pregnancy when the developing baby has remarkable abilities such as grasping and reacting to touch and has recognizable features, including male or female reproductive organs and genitalia. The embryonic phase is complete at eight weeks when the baby has incredibly developed from a single cell to now nearly one billion cells with over 4,000 distinct anatomical structures and over 90 percent of all structures found in adults.

The abortion drug mifepristone is administered first, which interferes with a fertilized egg’s ability to adhere to the lining of the uterus and blocks progesterone, the hormone a woman’s body naturally produces during pregnancy to support the lining of the uterus. Mifepristone, however, causes the uterine lining to break down, cutting off blood supply and nourishment, essentially starving the baby to death in the mother’s womb. Then, 24-48 hours after mifepristone, the second drug, misoprostol, is administered orally or vaginally, and together with the effects of mifepristone, it causes severe cramping, contractions and heavy bleeding to force the dead baby out of the womb.

The process can be very painful, and bleeding, cramps and contractions can last a few hours or several days or weeks. A woman can lose her baby at any time and anywhere, and she may sit on a toilet to prepare to expel her child, which she will flush. She may even see her dead baby in the placenta. At nine weeks, for example, the baby is approximately an inch long, or the size of a strawberry, and if the mother looks carefully, she may be able to count the fingers and toes. Not only does this procedure risk her physical health, including hemorrhage and severe infections, but also risks women’s mental health, including depression and PTSD.

The FDA approved the abortion pill regimen after evaluating its “safe and effective” use, but the drug combination has deadly risks. Initially, it was approved for up to 49 days, but the FDA extended it to 70 days, consequently increasing health risks as well, despite misleading promises of “safety.” The failure rate increases as the pregnancy progresses, and if the abortion pill procedure fails, women are offered a surgical abortion that dismembers and removes a baby by forceful suction and scraping the uterus, which further risks injury, infection, mental health, future pregnancy complications, infertility, or even death.

The FDA wants the cessation of sending the abortion drugs to women within U.S. commerce after online chats, but the same risks apply with either tele- or online/mail methods: there is no physician present and no proper determination how far along a woman is in her pregnancy or if she is even pregnant. The abortion industry pushes administering potentially deadly pills at-home unsafe and alone, without even an exam by a physician. The dangerous regimen is not only deceptively presented as safe, easy, and private—it is also promoted as if it were a simple alternative to birth control, withholding the truth from women that it is an abortion procedure that kills the life of a baby and endangers the mother’s health.

Further, the process prioritizes maximizing profits over women’s safety, dangerously avoiding safeguards such as regulations that require abortion providers to examine a woman, assess her pregnancy, or detect ectopic pregnancies. It also fails to provide medical help for women experiencing complications such as an incomplete abortion or heavy bleeding.

Groups like Aid Access send “misbranded and unapproved” drugs and are not expected to comply, facing potential regulatory action by the FDA, including seizure or injunction. With a reputation for skirting the law, the same founder of Aid Access founded Women on Waves, which initially performed abortions in international waters near countries with pro-life policies. Now Women on Web, the group expanded to mailing drugs to women in countries that protect life, increasing risks of allergic reactions, violating safety regulations, using improper storage or shipment, or not including labels warning of the life threatening risks.

The FDA also issued a warning letter to Rablon, an online pharmacy network that includes at least 87 websites, such as AbortionPillRx.com and AbortPregnancy.com, directly selling mifepristone and misoprostol. Though legal versions of mifepristone and misoprostol have been available in the U.S. since 2000, women cannot just get them at any pharmacy. The drugs are only given out by certified health care providers in a doctor’s office, clinic, or hospital. The providers must ensure patients have access to a surgical abortion or emergency care if anything goes wrong, which is part of an FDA risk mitigation program called REMS, common to medications with higher risks.

When retailers sell unapproved versions of drugs outside of the REMS requirements, which the FDA claims Aid Access and Rablon have, “FDA is well within its regulatory authority to take action.”

Planned Parenthood presents the chemical abortion pill regimen as “safe and simple,” but one look at the forms women have to sign reveals the truth—risks include incomplete abortion, infection, allergic reaction to the drugs, blood clots and death. In the state of Ohio alone, complications from the abortion pill have skyrocketed an alarming 87 percent since 2014. At-home abortion use is not only dangerous when self-administered, but partners have also drugged women who will not consent to abortion. In fact, 64 percent of abortions involve coercion. Severe health risks, lack of exam, physician, or consent, in addition to potentially fatal dangers of counterfeit or unapproved foreign online sources, the abortion pill is anything but safe.

It is important to note the abortion pill procedure can be reversed after taking mifepristone by administering progesterone — the sooner the better. The abortion industry claims to be pro-“choice,” but 79 percent of women are not counseled about alternatives to abortion, a majority of women considering abortion claim to feel rushed or pressured, and dangerous at-home abortion pill procedures leave women without safe healthcare or being fully informed that there is help available if they change their mind.

Pro-life groups offer women real choice and safety, and hundreds of lives have been saved by contacting the 24/7 abortion pill reversal hotline: 1-877-558-0333.