Does the Bible Condone Abortion? 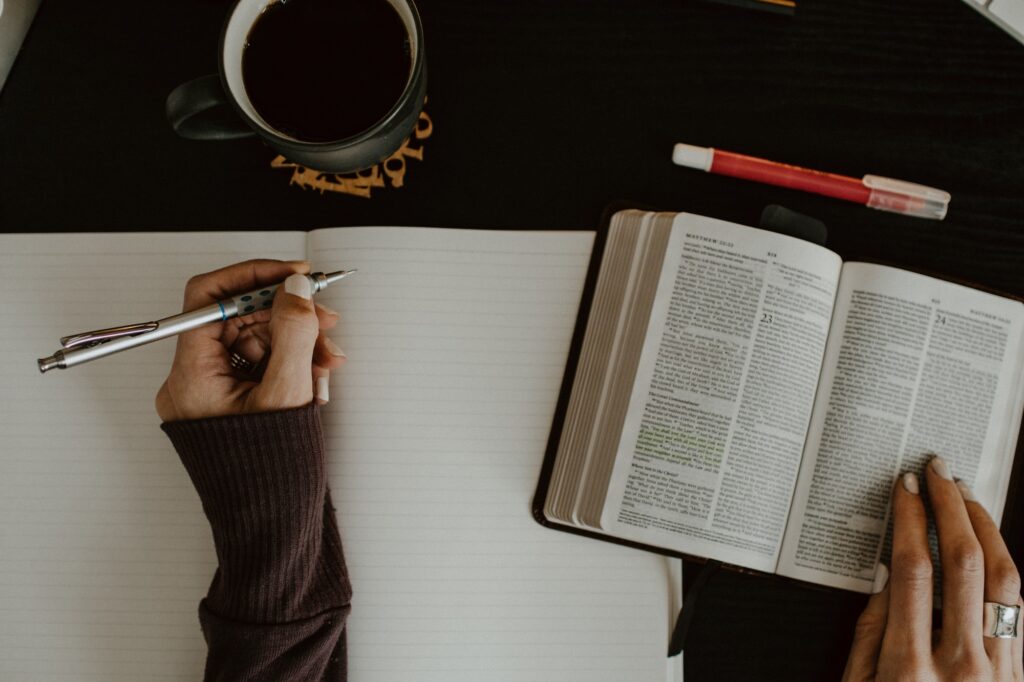 Recently, while scrolling through the black hole that is social media, I came across a thread arguing that the Bible condones and supports abortion. While many Christians might be surprised by this, it is unfortunately a fairly common argument among abortion proponents. I want to address this because 1) I want my readers to be equipped to answer this argument when they come across it without it causing them to stumble, 2) I want those who may hold this view to take an honest look at the claims, and 3) I want to encourage people to truly look at the context and meaning of Scripture lest they be like Satan and twist it.

There are usually three passages that people point to when trying to use Scripture to justify abortion. These passages are all found in the portion of the Bible called the Law which includes Genesis-Deuteronomy. The particular passages in mind are: Genesis 2:7, Exodus 21:22-25, and Numbers 5:11-31.

While arguing for abortion from all of these passages is unfounded, the argument using Genesis 2:7 is perhaps the most ridiculous. Genesis 2:7 reads, “then the LORD God formed the man of dust from the ground and breathed into his nostrils the breath of life, and the man became a living creature.” Based on this verse, abortion advocates argue that life doesn’t begin until “first breath.” This is actually the most common misinterpreted verse I see regarding abortion and the Bible while simultaneously being the most ridiculous and easy to refute. Unlike every other human being ever to walk this earth, Adam and Eve were not “born.” They were specially created by God. Adam from the dust of the ground, and Eve from Adam’s side. Before God breathed life into Adam, he was just a lump of clay. The creation of Adam and Eve speaks to the uniqueness of humankind in that humans are the only creation which God personally “handmade” rather than spoke into being. Through this we see God’s special care and love for humankind. We are His unique creation and the only creatures God made “in His image.” It should go without saying, however, that no part of the creation account of Adam and Eve corresponds to the human reproductive process, gestational development, or birth. Adam was not born; he was created. He was never an embryo, fetus, or even a baby. Therefore, to use the account of Adam’s creation to make a moral judgement on how we should treat a biological process that Adam never experienced is absurd.

In fact, through this passage we actually see the high value of human life. Man is created in the image of God and that is what gives humans inherent worth and dignity. Genesis 9:5-6 gives the reason why it is wrong to shed the blood of humans: “And for your lifeblood I will require a reckoning: from every beast I will require it and from man. From his fellow man I will require a reckoning for the life of man. ‘Whoever sheds the blood of man, by man shall his blood be shed, for God made man in his own image.’” All humans, though sinful are image bearers of God. As such, no one has the right to destroy that image. God places the worth of humans not on their age, development, circumstances, location, dependency, or appearances. He places their worth in the dignity they possess as His image bearers.

The second argument, made from Exodus 21:22-25, is bit more complex but is easily explained. This passage states,

“When men strive together and hit a pregnant woman, so that her children come out, but there is no harm, the one who hit her shall surely be fined, as the woman’s husband shall impose on him, and he shall pay as the judges determine. But if there is harm, then you shall pay life for life, eye for eye, tooth for tooth, hand for hand, foot for foot, burn for burn, wound for wound, stripe for stripe.”

Proponents of abortion argue that this passage does not view unborn babies as human because it only imposes a fine for miscarriage. However, the text does not actually say that. We’re going to get a little technical here but bear with me. This argument probably stems from the mistranslation of a Hebrew word “yatsa” (to go/come out) in verse 21. The Hebrew text literally means “so that her children come out (yatsa).” Most Bible versions translate this as “so that her children come out,” as in the ESV above or “so that her children are born prematurely.” Unfortunately, a few translations of the Bible, incorrectly, translate this as “miscarry.” However, the Hebrew has a specific word for “miscarry” which is not used here. The word is “shakol” and is actually used just two chapters later in Exodus 23:26 when God is describing the Covenant blessings: “None shall miscarry or be barren in your land; I will fulfill the number of your days.” Here, the word “shakol” is used. God promises the Israelites that if they keep His Covenant and obey Him, that none in their land will be infertile or miscarry their babies. Fruitful wombs will be one of the signs of God’s Covenant.

So what does this passage actually mean? It means that if two are fighting and they strike a pregnant woman and it causes her to give birth prematurely, but there is no harm to either mother or child, the man who hit her is to pay a fine. However, if there “is harm” to either mother or child, restitution is to be made “life for life, eye for eye, tooth for tooth.” This passage actually affirms the humanity of the child by treating them with equality as a human being.

Finally, the passage in Numbers 5:11-31. This is a long passage so I will just summarize (though I encourage you to read it on your own!) This passage describes a ceremony for a man who is jealous and believes his wife may have been unfaithful. The man is to come with his wife before a priest and the priest says to the woman,

“’If no other man has had sexual relations with you and you have not gone astray and become impure while married to your husband, may this bitter water that brings a curse not harm you. But if you have gone astray while married to your husband and you have made yourself impure by having sexual relations with a man other than your husband’— here the priest is to put the woman under this curse— ‘may the LORD cause you to become a curse among your people when he makes your womb miscarry and your abdomen swell. May this water that brings a curse enter your body so that your abdomen swells or your womb miscarries. Then the woman is to say, ‘Amen. So be it.’ The priest is to write these curses on a scroll and then wash them off into the bitter water.”

The phrase “makes your womb miscarry and your abdomen swell” translated literally from Hebrew is, “make your thigh to fall and your belly to swell.” The phrase “make your thigh to fall” is a Hebrew idiom that means “to make one barren/infertile.” This makes sense both in the context of the immediate passage as well as the context of the Old Testament Covenant blessings and curses.

Later in the passage, when describing the result if the woman is not guilty, it says, “But if the woman has not defiled herself and is clean, then she shall be free and shall conceive children.” (Numbers 5:28). The antithesis to the curse is the continued ability to conceive children pointing to the probability that the curse pronounced was not causing an immediate miscarriage, but causing bareness and infertility in the woman. In the Old Testament, covenant blessings for obedience included fruitfulness of the people (Exodus 23:26) and covenant curses for disobedience included bareness (Deuteronomy 28:18.) So the guilty woman brings upon herself the covenant curses for breaking God’s Law by committing adultery.

It seems very odd to use a verse about God cursing someone for their sin and rebellion to try and defend abortion. It is also odd to try and say that the Bible is prescribing an abortion method when the same procedure does nothing to the womb of an innocent woman. While this passage is odd to modern readers and difficult to understand, it is clearly not a prescribed abortion method nor a defense of elective induced abortion.

A Biblical argument for abortion does not exist. And a Biblical argument against it is not difficult. Science tells us that the preborn, beyond any shadow of a doubt, are human. And God’s Word tells us how to treat those humans. The Bible says that we are not to kill other humans (Genesis 9:5-6; Exodus 20:13). It tells us that we are to love our neighbor, our friend and our enemy, as ourselves (Matthew 5:43-48; Matthew 28:38-39; 1 John 4:7-8). It tells us to speak up for the oppressed (Proverbs 31:9). As Christians, we must continue to speak for justice and for the rights of all who have no voice. And that includes the rights of the most vulnerable among us—the preborn.

Originally published here on September 17, 2020, and reprinted at HDI with permission from the author.