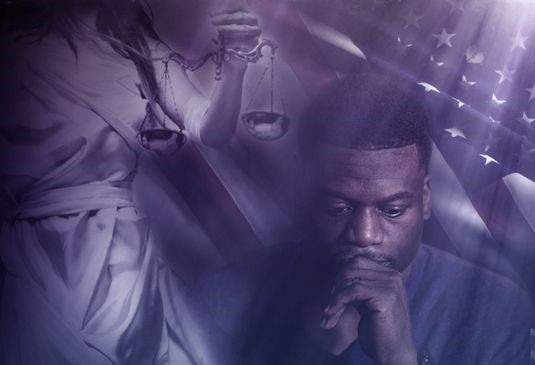 Maybe in the wake of the Texas abortion law, you decided you wanted to look into the prolife argument. You read articles and books as well as watched YouTube videos, but you are still looking for more. There are movies, but you have had your fill of drama over this debate and want to steer clear of a dramatized story. A documentary might be what you are looking for. Back on September 17, 2020, Divided Hearts of America was released and currently has a 8.6/10 rating on IMBd.

The United States of America has been in a hotly contested debate over abortion for decades. More than that, we have fought over a number of issues, such as Black Lives Matter, the 1619 Project, Christianity’s place in politics, climate change, and elections. Americans seem to agree over very little and are having a hard time maintaining the common ground that we once had. Roe v. Wade was a legal victory for abortion but in recent days it is facing challenges from numerous state legislatures. Benjamin Watson asks if there is one core issue in all of this divide, stating that America is being torn apart by “a matter of life and death.”

Divided Hearts of America was directed by Chad Bonham and produced by Superbowl Champion Benjamin Watson and they take us through the abortion issue in America. It features stories from Alveda King and Melissa Ohden; Melissa survived a saline-induced abortion that involves scalding a child in the womb with a toxic salt solution.

They begin by detailing the history of abortion in the United States, ranging from before Roe v. Wade up to the present. Dr. Steve Jacobs tells Watson, “If we look at the history of abortion laws, it’s always been predicated on when a human life begins,” which immediately tells the viewer what is at stake. Often I have seen people on the pro-life side get called “pro-birther” or accused of wanting to control a women’s body. However, that is not the case. What the pro-life movement has been fighting for throughout its history is to protect the life of the unborn who cannot fight for themselves. One may wonder in this history where things changed and became how they are today. Roe v. Wade is where things changed and Katrina Jackson (Democratic LA state senator) calls it a “snapshot in time” of how people felt, which resulted in something unconstitutional.

Earlier, Benjamin Watson wondered if this issue lay at the core of all America’s issues and the documentary really does stay focused on that, among other points. It cannot be understated that there might be a kernel of truth to that because the fight is more about compassion and acknowledgement of the unborn.

Human rights activist Jason Jones is walking with Watson and he says “We’re the first country in the history of the world that’s founded on the vision of the human person. That vision is every human being has an incomparable dignity, beauty, and worth.” Jones does not gloss over the failures to live up to that vision, but the point remains that if we will not even acknowledge a life so small and innocent as an unborn baby then we are going to have a hard time acknowledging the life of another human being.

Pro-choice views are fairly represented in the documentary, but are ultimately rebutted by the next interviewee. Watson interviewed two state senators from New York, since they passed the controversial pro-choice bill. They are not treated unfairly in the documentary. There have been “gotcha” documentaries such as The King of Kong, which did good work, but the senators presented their views in the best way possible and the documentary responded to their claims by presenting what would be the rebuttal. All speakers are treated very well in the documentary, but this is a pro-life documentary. It is not neutral on the issue of abortion. That is absolutely fine because it presents the pro-life case using humans rights activists, law professors, OBGYNs, lawmakers, and others.

One cut you will notice as you watch is when one of the New York Senators says in brief that the government should not be making these medical decisions. That statement is followed up by a former abortionist saying she used to think that and explaining why she no longer holds that position. At one point, documentaries used to be about informing, but the purpose of this documentary is to inform and advocate for something.

Although it draws on what led to this point, it is a more present in time piece raising the alarm of some repercussions abortion may have in the future. It will call to mind, in the viewer, the memory of Governor Ralph Northam’s widely controversial statement, “the infant would be delivered, the infant would be kept comfortable, the infant would be resuscitated if that’s what the mother and family desire.” That is something everyone is familiar with because it sparked a national debate, along with Governor Cuomo signing into law New York’s Reproductive Health Act. But then attention is directed to something not widely discussed and that is the effect abortion has on the Black community.

This piece moves to discuss Box v. Planned Parenthood and recalls Margaret Sanger’s eugenic view of the Black population. It is a clear call to the Black community to become aware of the history leading up to this point and to recognize how it is affecting them today. This documentary’s creators play for the viewers, videos of civil rights leaders like Dr. Mildred Jefferson saying “They hide the fact their social planning abortion policies would eliminate the target races.” A point of fact brought up is how the birth rate in the Black community has become stagnant. Why? Well, they point out that the Life Issues Institute in 2017 reported that 60% of Planned Parenthood facilities are within walking distance of minority communities. Not only that, but it is also reported that in New York City there are more Black babies aborted than born alive, according to Charlotte Lozier Institute in 2016. For the rest of us, they call for everyone to understand the situation that might make the Black community feel as if they must get abortions, such as socio-economic conditions and mass incarceration.

With that, it is a very pro-life documentary. I would have liked there to be more scientists interviewed. In my opinion, it did suffer from only mentioning a consensus of biologists instead of actually interviewing scientists, and did feel like it leaned more emotionally. All of the stories were very compelling and very horrifying at times. These elements together helped make it impactful. It does deserve the audience rating it got. I recommend watching it if you have not. It is for everyone and is a worthwhile addition to the ongoing debate around abortion.

To learn more about Divided Hearts of America visit the official Facebook page or order it now here.