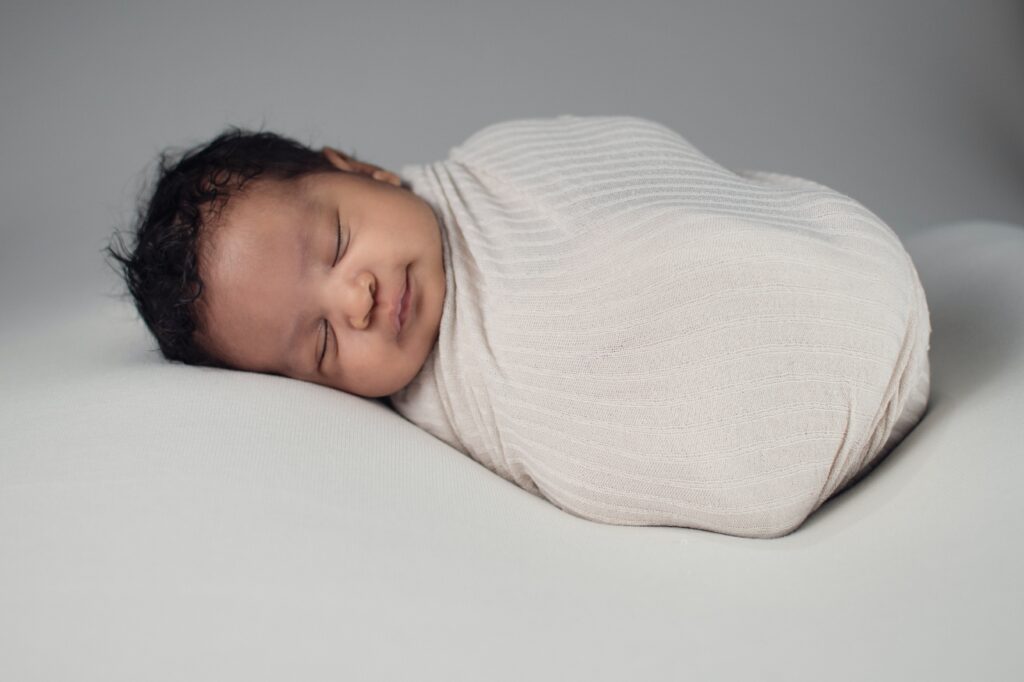 Louisiana’s legislature has passed several pro-life bills protecting women and children from the harm of abortion. Most recently on June 29, 2021, Louisiana’s Democratic Governor John Bel Edwards signed the Abortion Pill Reversal Disclosure Act (House Bill 578) into law, which requires anyone performing an abortion to inform mothers of the life-saving abortion pill reversal protocol. In turn, the law also upholds a woman’s right to be fully informed, provides women with more choices and safe healthcare services, and protects the lives of women and children.

Alarmingly, over 80 percent of women are not properly informed, over 70 percent feel pressured and receive no counseling, and over half feel rushed or uncertain about choosing abortion. Planned Parenthood manipulates women into thinking abortion is their only “choice” and even trains staff with rebuttals to dismiss women’s concerns.

With overwhelming percentages of women reporting that they lacked adequate information or time to make a fully informed decision regarding such a life-altering matter, laws like Louisiana’s Abortion Pill Reversal Disclosure Act are critical to addressing women’s needs and safety.

Such pro-life protections are essential, as the abortion pill regimen has hospitalized thousands of women and killed dozens. By contrast, abortion pill reversal is credited with saving over 2,000 babies’ lives and has protected countless women from life-threatening complications, including hemorrhages, severe pain, and septic infections which can be fatal. In fact, the rate of complications for the abortion pill regimen (also innocuously known as medical or chemical abortion) is four times higher than that of surgical abortions, which also involve serious risks. And alarmingly, medical journals report, “The risk of death appears to be 10 times greater,” thus warranting even more safeguards.

Abortion activists claim to champion women’s rights, but support procedures that endanger and harm women’s health, and even repeal health and safety standards. Dangerous abortion drugs require FDA’s Risk Evaluation and Mitigation Strategies (REMS) safety regulations for drugs with serious safety concerns, and even prompted a public health advisory due to the risk of fatal sepsis.

Despite the abortion pills’ dangers, abortion activists push for unsafe online, by-mail, or “tele-med” access from unregulated and even illegal sources, violating REMS, which requires abortion drugs be “dispensed to patients only in certain healthcare settings, specifically clinics, medical offices, and hospitals, under the supervision of a certified prescriber.”

Abortion activists also promote dangerous at-home do-it-yourself usage of the drugs without doctor supervision or vital preliminary in-person examinations by physicians, as required by REMS. However, exams to accurately determine gestational age are crucial, as the drugs are only to be used during the first ten weeks, but gestation is often deliberately recorded inaccurately in order to dangerously provide the drugs to women further along in their pregnancies, which increases risks. It is also important to rule out ectopic pregnancies, which can be life-threatening and require emergency surgery. Placing the burden solely on women to dangerously self-induce a life-threatening abortion, arguably a “chemical coat hanger,” reverts to unsafe “back alley” methods abortion activists claim to oppose.

With such a torrent of risks, protective laws such as Louisiana’s HB 578 are essential to properly inform women of life-saving abortion pill reversal. No woman should risk her own health and the life of her child due to being misinformed by abortionists who knowingly mislead women to exploit them for profit. Abortion activists claim to be pro-“choice” but oppose pro-life laws like HB 578 which give women more information, options, safe healthcare services, and supportive resources.

Sponsored by Republican state Representative Beryl Amedee, the bill received overwhelming support, passing in the House 71-27 and in the Senate 31-7. The bill ensures women receive more information about the abortion pill reversal protocol, complying with state informed consent requirements and protecting women’s health and the lives of their children.

Abortion facilities will be required to inform women that the first abortion drug, mifepristone, in chemical or medication abortions may be reversed, which in turn, “may save the life of their baby if they change their mind about the abortion between the two pills prescribed during the abortion pill regimen.”

The abortion pill regimen involves two drugs, mifepristone (or Mifeprex or RU-486) and misoprostol (or Cytotec), taken up to ten weeks of pregnancy, the same time a preborn baby has a heartbeat, fingerprints, brain activity, organs and nerve function, gender and reproductive anatomy. In fact, at just eight weeks, babies in utero already have over 90 percent of anatomy as adults, and babies in the first trimester (up to twelve weeks) can hiccup, yawn, suck his or her thumb, and feel pain.

Women have the right to be fully informed about risks to their own health and of their babies’ gestational development. Abortion pills destroy life after a fertilized egg (with unique DNA and blood type since conception) has implanted in the uterus and is developing via nourishment from the mother. Abortion clinics purposefully deny women prenatal services such as ultrasounds, which reveal the development of their babies, as 80 percent of women choose life if given a sonogram, thus exposing the abortion industry’s anti-choice agenda to exploit women for profit.

Administered first, mifepristone interferes with a fertilized egg’s ability to adhere to the lining of the uterus and blocks progesterone, the hormone a woman’s body naturally produces during pregnancy to support the lining of the uterus. Mifepristone causes the uterine lining to break down, cutting off blood supply and nourishment, essentially starving the baby to death in the mother’s womb. Then, 24-48 hours after mifepristone, the second drug, misoprostol, is administered orally or vaginally, and together with the effects of mifepristone, it causes severe cramping, contractions and heavy bleeding to force the dead baby out of the womb.

The process can be excruciatingly painful, and bleeding, cramps and contractions can last a few hours, several days, or even weeks. A woman can lose her baby at any time and anywhere, and often alone, dangerously uninformed and ill-prepared, she may sit on a toilet to expel her child, which she will flush. She may even see her dead baby in the placenta. At nine weeks, for example, the baby is approximately an inch long, and if the mother looks carefully, she may be able to count the fingers and toes. Tragically, one woman reported,

“It came out in a sack, with all the limbs and eyes…heart still beating. If I knew that would be the outcome, I would’ve never done it.”

Not only does the traumatic procedure risk women’s physical health, including hemorrhage and severe infections, but also risks women’s mental health, including depression and PTSD. The abortion industry deceives women that the abortion pill is “harmless” but risks include fever, vomiting, uterine rupture, sepsis, and bleeding so severe that hundreds of women have required blood transfusions. Abortion clinics, often with rampant health and safety violations, are not equipped for emergencies, surgery, or complications, offer no follow-up care, and dangerously burden women to access medical assistance on their own.

The FDA approved the abortion pill regimen in 2000, after evaluating its “safe and effective” use, despite the drug combination’s deadly risks. Planned Parenthood praised the dangerous drugs’ approval as a “positive…advance for women’s health,” despite the drugs’ life-threatening risks. Abortion activists hypocritically oppose women being informed that they can choose to reverse the dangerous process.

Despite misleading claims of “safety,” the FDA extended the drugs’ use to 70 days, consequently increasing health risks, as the failure rate increases as the pregnancy progresses. If the abortion pill procedure fails, women are offered a surgical abortion that dismembers and removes the baby by forceful suction and scraping the uterus, which further risks injury, infection, mental health trauma, future pregnancy complications, infertility, or even death.

In stark contrast, abortion pill reversal protects women’s health and the lives of their children. Abortion activists falsely claim it is “questionable science” and “dangerous” to simply inform women of the possibility of reversing the risky abortion pill procedure, but it is abortionists who dangerously mislead women by deliberately failing to accurately inform women about procedures, risks, and babies’ development.

In fact, abortion pill reversal has a 64-68 percent success rate, with no increased risk of birth defects, and even less premature births. If the baby is determined viable after mifepristone has been taken, a large dose of progesterone is administered to reverse the damaging effects of mifepristone; then, progesterone is continued to be administered throughout the first trimester, and the mother is referred to a help center throughout the remainder of her pregnancy.

Providing full information and safe alternatives, such as required by Louisiana’s HB 578, supports women seeking accurate medical information in order to make such a significant determination in their best interests and those of their children.

“We are excited that the Abortion Pill Reversal Disclosure Act is now law. Every woman receiving a chemical abortion will now know that she can talk to a doctor if she regrets her abortion to see if options are available to help her continue the pregnancy and save her baby. More than 2,000 babies have been saved across America thanks to the Abortion Pill Reversal protocol, and we expect even more babies to be born thanks to this legislation.”

A strong pro-life state with bipartisan support for common sense protections for women and children, Louisiana demonstrates that overwhelming majorities of all Americans support more abortion restrictions and better health and safety standards. Lawmakers in Louisiana and other states continue to boldly pursue pro-life policies that protect women’s health, rights, and safety, and the lives of their children, while providing safe alternatives, more services, and support. Despite claiming to support women’s rights, abortion activists oppose pro-life laws that protect women’s health and provide women with more information, options, safe healthcare services, resources and support. Those claiming to be pro-“choice” oppose such provisions and safeguards, but support abortion practices which violate informed consent, limit women’s information and choices, and endanger their lives and those of their children. Pro-life legislation empowers women with information needed to make the most informed decision about their own health and the lives of their unborn children.