But What About Human Rights? 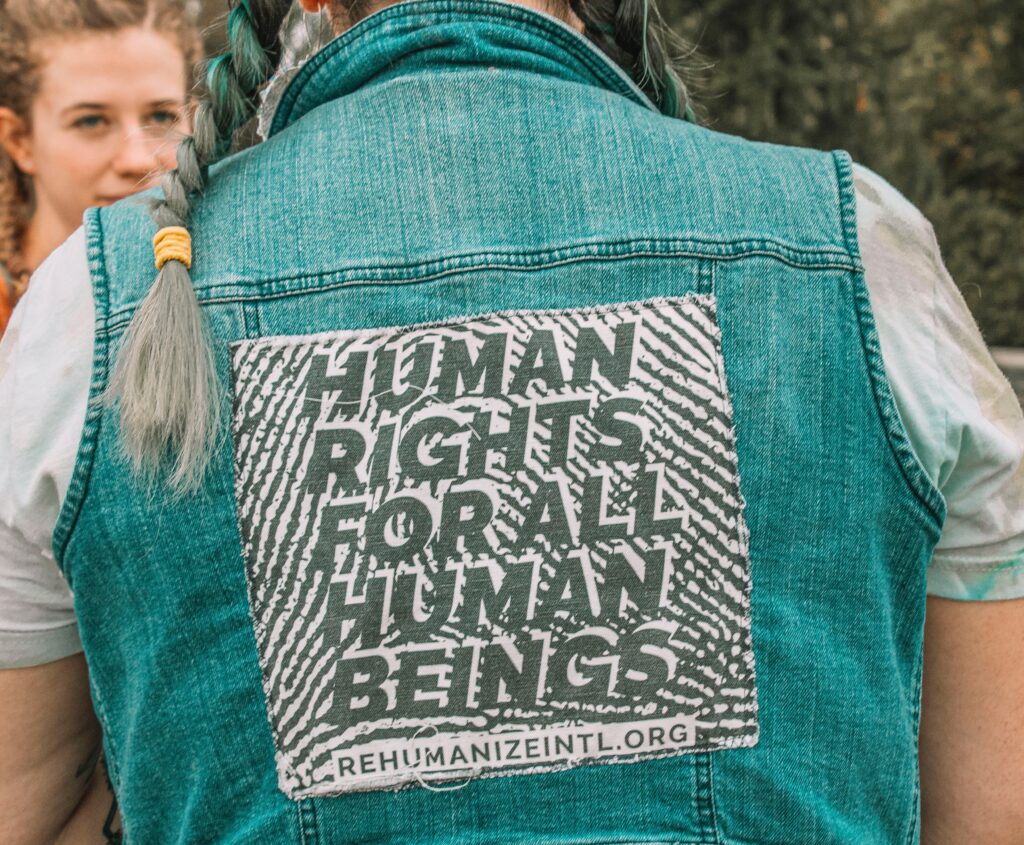 Previously, we discussed that the abortion debate boils down to a question of, “Who gets rights?” The pro-life side asserts the fundamental right to life for all; the pro-abortion side claims that a woman’s (person’s) right to bodily autonomy is greater than a fetus’s (“non-person’s”) right to life. We noted that the issue of personhood must first be decided and demonstrated that the pre-born human is just as deserving of personhood as humans who have already been born.

This now leads us to our second question, whose rights take precedence?

Many throughout the course of history have acknowledged and discussed what these human rights are and should be. While the idea that there is a right and wrong way for humans to act and treat other humans goes back as far as ancient times, many of these are based on a person’s civic status rather than by nature their personhood and humanity. The Code of Hammurabi (c. 1792 B.C.) is filled with different laws depending on the status of the individuals involved and included many cruel and inhuman punishments. Punishments were also given by class. Harsher punishments were given for crimes against a freeman than for crimes committed against slaves. If a freeman struck another freeman, he had only to pay a fine. Whereas if a slave struck a freeman, his ear was to be cut off. If a freeman struck a man of a higher class than him, he was to receive a public lashing. As we saw previously, only citizens in ancient Rome had rights. In the early republic of Rome, the father, as the head of the family, had sole autocratic power over his wife and children. Up until the 1st century A.D., the father had the right of capital punishment over his children. The power of life and death over his slaves continued until even later in the empire’s history.

It was not until the enlightenment period that the idea of human rights for all became prevalent. At the time, this was known as Natural Law. John Locke, one of the most influential political philosophers of the time wrote, “The state of nature has a law of nature to govern it, which obliges every one: and reason, which is that law, teaches all mankind, who will but consult it, that being all equal and independent, no one ought to harm another in his life, health, liberty, or possessions.”

The United Nations was formed in 1945 after the atrocities of World War II and in 1948 issued the Universal Declaration of Human Rights. The Preamble of this declaration recognizes “the inherent dignity and of the equal and inalienable rights of all members of the human family is the foundation of freedom, justice and peace in the world.” The rights protected by this declaration, among many others, include the right to life, the right to freedom, protection against torture or cruel punishment, protection from discrimination, and the right to be recognized everywhere as a person. As members of the human race, the unborn deserve these same rights and protections. The final article in the Universal Declaration of Human Rights states, “Nothing in this Declaration may be interpreted as implying for any State, group or person any right to engage in any activity or to perform any act aimed at the destruction of any of the rights and freedoms set forth herein.” Abortion is an act “aimed at the destruction of . . . the rights and freedoms” of the preborn child. The right to life, the right not to be discriminated against based on their size, development, location, or dependency, the right not to be tortured, and the right to personhood.

This now begs the question, which right receives precedence?

Many advocates for abortion claim that because of the nature between the woman and the child (fetus), they cannot both have equal moral and legal rights. Unless one holds to a Darwinian ethic of “survival of the fittest,” where the stronger have the right and obligation to overpower the weaker, ethics and our legal system calls for a higher moral obligation to protect the most vulnerable among us.

The Oxford Dictionary defines a vulnerable person as “[A person] in need of special care, support, or protection because of age, disability, or risk of abuse or neglect.” The United Nations has an entire section dedicated to the rights of children and the most vulnerable, being the disabled (children, women, migrants, the poor, minorities, etc).

The United Nations is now decidedly pro-abortion; however, this was not always the case. They previously recognized the preborn as fully human, making their current pro-abortion stance hypocritical and out of touch with their history and reality. The Preamble to the United Nations’ Convention on the Rights of the Child in 1989 defines “child” as “every human being below the age of eighteen years unless under the law applicable to the child, majority is attained earlier” and notes that there needs to be “particular care” extended to the child “Bearing in mind that, as indicated in the Declaration of the Rights of the Child, ‘the child, because of his physical and mental immaturity, needs special safeguards and care, including appropriate legal protection, before as well as after birth.’”

We give “particular care” to newborns. A person is not obligated to provide food or shelter to a homeless adult on the street. An adult parent or guardian (or even a stranger who sees a child abandoned on the street) is, however, legally and morally obligated to provide food and shelter to an infant. We give “particular care” to the disabled. We give “particular care” to the elderly. Might this come at some personal cost? The cost of time, the mental cost, the physical cost, the emotional cost? Yes. Ask the parents of any newborn, or the children of an elderly parent, or the family of a person with special needs. Does this give them the right to neglect or harm such a vulnerable person? No. We afford MORE care to such people, not less.

Abortion is not acting out of one’s own right to bodily autonomy. It is acting to take away the human rights of another person.

This does not make the woman any less human. This does not take away a woman’s rights. It only forbids her from taking away the rights of another person. As members of the human family, the preborn have the right to live, to grow, to thrive. They have the right not to be poisoned or torn limb from limb. They have the right to be protected. Our society and our nation have failed to ensure that ALL humans’ rights are protected. The most vulnerable of all humans have been disallowed their rights. Enough is enough. It is past time to demand that all humans, all members of the human family, are awarded the right to life, liberty, and the pursuit of happiness.

This was originally published here on June 18, 2019 and reprinted here with permission by the author.