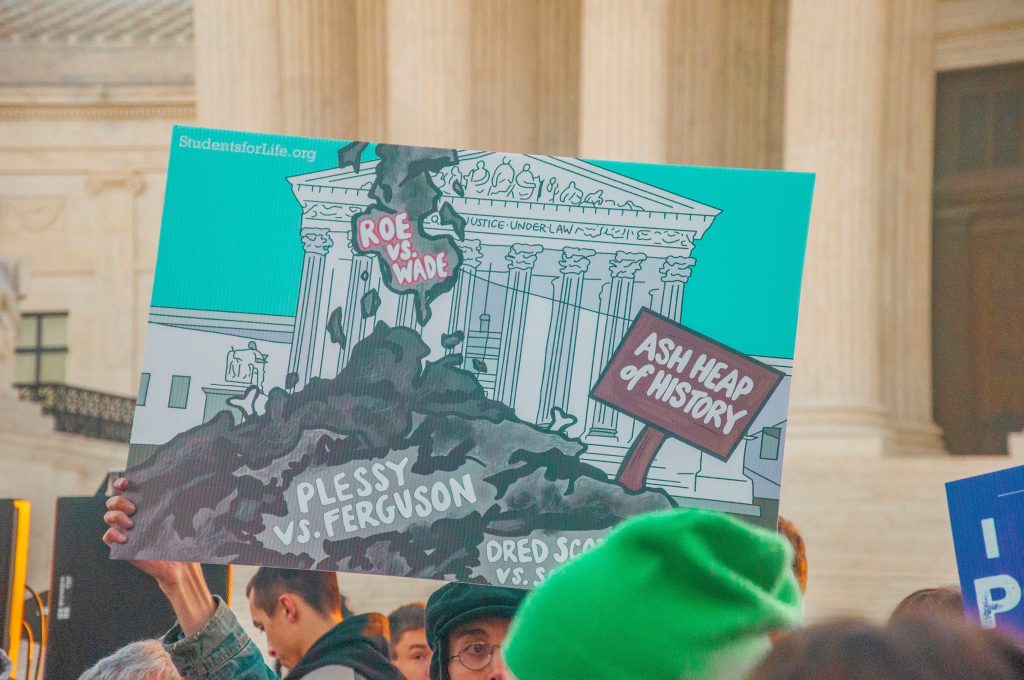 The Supreme Court of the United States has officially overturned Roe v. Wade and Planned Parenthood v. Casey nearly fifty and thirty years, respectively after they were wrongly decided. The 6-3 decision in the case of Dobbs v. Jackson was not unexpected after a leak of Justice Alito’s draft opinion was published in April, but it is surely celebrated. In the ruling released today, the syllabus summed up the decision as follows:

“The Constitution does not confer a right to abortion; Roe and Casey are overruled; and the authority to regulate abortion is returned to the people and their elected representatives.”

When commenting on the “nature of the court’s error,” the decision reads,

“Like the infamous decision in Plessy v. Ferguson, Roe was also egregiously wrong and on a collision course with the Constitution from the day it was decided. Casey perpetuated its errors, calling both sides of the national controversy to resolve their debate, but in doing so, Casey necessarily declared a winning side. Those on the losing side—those who sought to advance the State’s interest in fetal life—could no longer seek to persuade their elected representatives to adopt policies consistent with their views. The Court short-circuited the democratic process by closing it to the large number of Americans who disagreed with Roe.”

In addition, the Court recognized science has changed the role of viability in the debate.

“The arbitrary viability line, which Casey termed Roe’s central rule, has not found much support among philosophers and ethicists who have attempted to justify a right to abortion. The most obvious problem with any such argument is that viability has changed over time and is heavily dependent on factors—such as medical advances and the availability of quality medical care—that have nothing to do with the characteristics of a fetus.”

The Court’s opinion does not make abortion illegal nationwide, as has been widely misreported by the media and abortion activists. This opinion instead returns the issue of abortion to the states to legislate for themselves. Twenty-two states are likely to ban abortion, and 13 of those states have trigger laws that either immediately or very soon will outlaw abortion now that Roe is overturned. In fact, in Missouri, the state AG has already released an order saying the state’s trigger law is in effect now; abortion is now banned in Missouri except in cases of medical emergency.

While these 22 states will vastly restrict abortion, 16 other states have laws keeping abortion legal and four of those states and Washington, D. C. have abortion laws specifically allowing abortion at any point of pregnancy for any reason.

While we in the pro-life community celebrate decades of hard work and effort that brought us to this moment in history, we are not naive to think that the fight is now over. These state laws show the immense divide over abortion in this country. The fight to end Roe is now over but we’ve always had a bigger goal in mind—to change hearts and minds about abortion and to make abortion not only illegal but unthinkable. The pro-life fight isn’t ending; it is just getting started. With just about half of the country poised to end all abortion in their states, there are going to be many more women who need our help and support. Pregnancy resource centers are going to need volunteers and resources to meet the needs of the women and babies in their communities.

Here at Human Defense Initiative, we regularly put together baby registries for moms in need, and we expect that the number of women who reach out will only increase in light of today’s ruling! The legal fight isn’t over either. In the states where abortion is still legal or the law still contains exceptions, we must continue to fight for the right to life and equal protection for the preborn. We must continue to have conversations with our friends and neighbors, seeking to soften hearts and open eyes to the realities of abortion and the humanity of the preborn.

This might seem impossible but today’s ruling shows us that it’s not! Roe has stood like a mountain over us for nearly 50 years casting its dark shadow of death. So often it seemed like an obstacle that we couldn’t overcome. It was so easy to lose hope! But today we see that what appeared to be an unmovable mountain has come crashing down. This should encourage us as we press on in the fight for life. The fight for life is won one conversation, one heart, one life at a time. Do not grow weary!

The fight for life isn’t over; we are just getting started.

Consider joining our team of volunteer remote contributors or become a monthly partner (note: this is not tax-deductible)