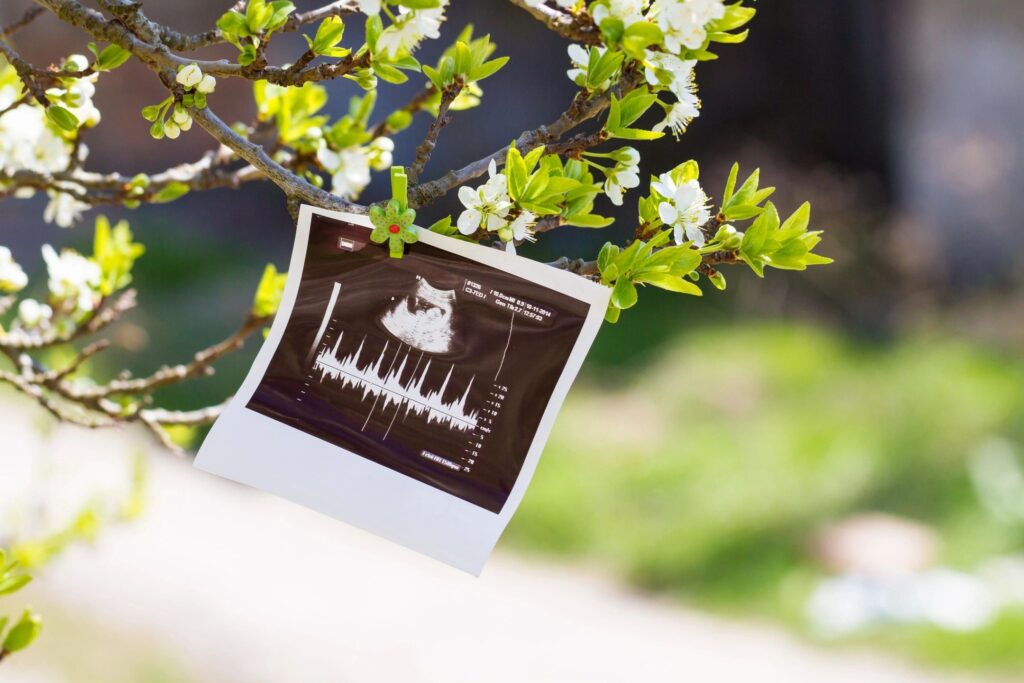 A pro-choice argument that first used an analogy with a violinist, and has since seen a number of variations, goes like this: If a born person is dying of some disease, another born person should not be legally obliged to donate blood or bone marrow or a body part, even if that would save the life of the dying person. Most pro-lifers will agree with this. Therefore, since pregnancy involves the use by an unborn child, who would otherwise die, of a woman’s blood and body parts – the argument goes – pro-lifers should also agree that the woman should not be legally obliged to remain pregnant, even though that would save the life of the unborn. Thus pro-lifers should abandon the legal demands that are usually part of their position.

Especially in the last couple of years, pro-lifers have attacked this analogy by pointing out that when it is proposed that one’s body be used by a fellow born person, there are three possible responses (by the person whose body is proposed to be used), whereas in the case of pregnancy, where one’s body is being used by an unborn person, there are only two possible responses.

If one’s body is to be used by a born person:

1. one may help the person

2. one may passively let the person die

3. one may actively kill the person.

If one’s body is to be used by an unborn person (pregnancy):

1. one may help the person (i.e., one may carry the pregnancy to term)

2. one may actively kill the person.

But these pro-life arguments often overlook another disanalogy (besides active versus passive) between pregnancy and the born-person scenario, and it is a disanalogy that goes in the direction of justifying active killing: in the born-person scenario above, the person whose body is proposed to be used is in fact NOT being used (the person does not really have any problem), so there is no justification, even arguably, for active killing, whereas in the unborn-person scenario, the pregnant woman’s body is in fact already being used, so if that use is without permission, then there is a justification for killing that is at least arguable and that many pro-choicers do argue for.

Relevant to the possible justification are the additional facts that the pregnancy is a kind of burden and involves a degree of risk, but the core of the bodily-rights argument is simply a principle of consistency and fairness: if Shimp in the McFall v. Shimp case, for instance, should not have to give his bone marrow to save McFall’s life, why should a woman have to give her blood and lend her uterus to save the unborn’s life? While pointing out disanalogies between the two scenarios such as that of passively letting die versus actively killing, pro-lifers should not overlook the fact that a woman with an unwanted pregnancy arguably has a justification for active killing that Shimp has not at all. Pro-lifers cannot avoid a confrontation with that arguable justification by pointing out that someone like Shimp, who is in quite a different position, would have no justification.

When a person is asked to donate bone marrow, for instance, and refuses, perhaps the person whose body is proposed to be used found it emotionally stressful to be asked for that bone marrow, but other than that, that person has no arguable justification or even explicable motivation whatsoever to kill. The use of a pregnant woman’s body, on the other hand, goes beyond a request; as mentioned; her body is already being used. She may additionally feel that use to entail a burden or a risk, but in any case, if there is a principle that no one’s body should be used without permission (which is a principle that pro-lifers generally agree with), and she has not given permission, then that principle is being violated.

During a recent one-and-a-half-year period, pro-lifers used that passively-letting-die-versus-actively-killing argument and, it seems to me, overlooked that “arguable justification” disanalogy, here (search for “he didn’t actively kill his cousin”), here (at 10:11), here (at 6:20), and here. Those are all wonderful presentations overall that I highly recommend, by the way. But to take an example that will illustrate the problem, one author says:

“there are three separate courses of action people can take with blood donation. First, they could donate blood and help save the person’s life. Second, they could choose to not donate their blood or organs. Third, they could directly kill them. . . . It seems obvious the third option should not be available. It is wrong to directly and intentionally kill an innocent human being.”

Of course that is wrong, as the author says. She expects everyone’s moral intuitions to say it is wrong, and indeed they will say that. But it is wrong not merely because it is direct/active killing, though that is what she wishes to show. It is wrong because in the scenario she has outlined, there is no arguable justification or explicable motivation whatsoever to kill. It is wrong because in that situation, only a psychopath would kill. So when she hopes that the reader’s moral intuitions about such a situation will carry over to the situation of pregnancy (such carrying over of moral intuitions being what a moral-philosophy analogy necessarily aims for), she appears to have overlooked the disanalogy that we have mentioned. At all the above links, the scenarios set out are supposed to be analogous to pregnancy, but they are not sufficiently so, because in pregnancy the woman’s body is being used.

The violinist analogy that the pro-choice side likes is a much closer analogy in that way, at least, because the “donor’s” body is indeed already being used without permission. But suppose we adapt the violinist analogy such that the “donor” cannot disconnect from the violinist without first actively killing. So now we have an analogy that is like an unwanted pregnancy in that the “donor’s” body is being used without permission (as in the original “violinist”), and moreover now the donor has only the two options of 1) helping the person (like a woman who carries a pregnancy to term), or 2) actively killing the person. Now we have corrected the analogical problem that we found at the four links above (as well as correcting the absence of direct killing that we find in the original violinist scenario). In this new situation, should it nevertheless be illegal to actively kill? It is not as obvious that it should be as it is in the above blood-donation scenario (or in the McFall scenario), because in that blood-donation scenario there is no use of the proposed donor’s body without permission, whereas in this modified violinist scenario, there is, as mentioned, a use without permission. The pro-life author at the first link above has to admit (in a video, at 15:55) that a prohibition on active killing in such an adapted violinist scenario would be “ethically murky.” David Boonin, usually considered the most persuasive pro-choice philosopher, flatly bites the bullet (at 1:13:51 in this video) and says that actively killing the violinist (with an ice pick, no less, since he is asked the question in that way!) would be justified providing the violinist is unconscious (which some unborn babies are at the stage when they are killed).

I am not saying that we should fail to make the distinction between passively letting die, and active killing. It is a point worth making. But if we make it in the context of an analogy, we should make it in the context of an analogy that does not overlook the fact that a pregnant woman’s body is being used, and we should make it remembering that in that context, that distinction alone won’t reliably do adequate work of convincing people that abortion should be illegal. Fortunately, there are other disanalogies as well between the prevention of proposed abortions on the one hand, and compelled organ donations on the other. I don’t think any single one of the disanalogies can defeat the right-to-refuse argument at least in the case of rape, but I think a cocktail of disanalogies/arguments, taken together, can defeat it even in that case. (See also this resource, also linked to previously.)

This article was originally published at the blog No Termination Without Representation on Nov 27, 2020. You can comment there on the thinking in the article. It has been reprinted here with the author’s permission.