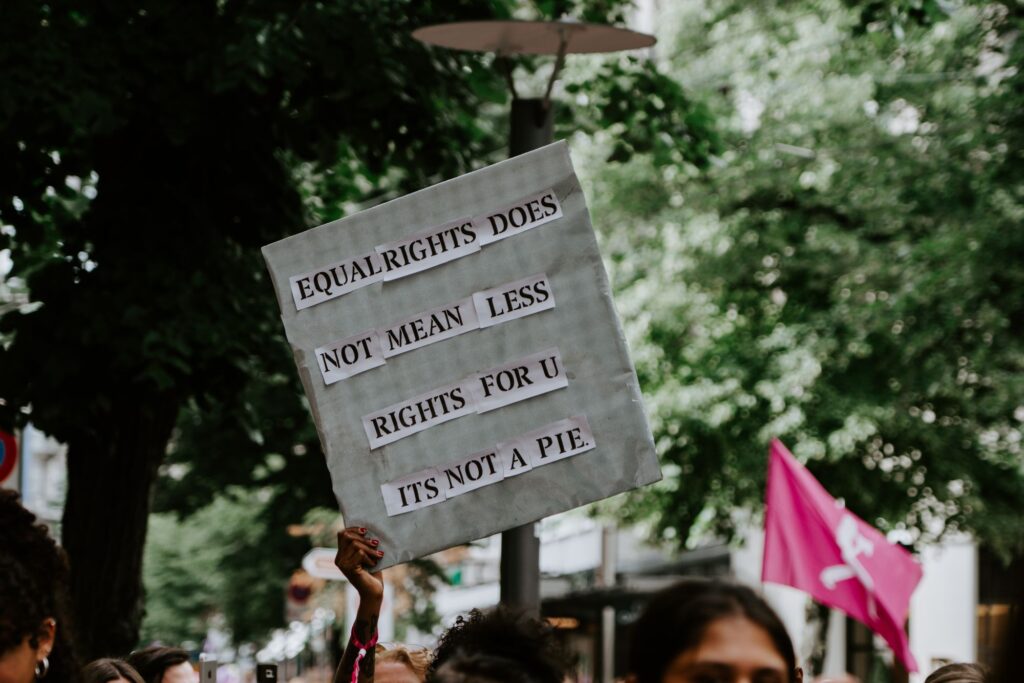 Well, that didn’t take long. Amidst all the fervor surrounding race relations in the country, it was only a matter of time before pro-choice activists began to accuse the pro-life movement of racism, in addition to all the other slurs that are typical talking points among lay-level pro-choice activists.

In a recent series of social media posts (that have since been deleted) New York Times reporter Taylor Lorenz attacked pro-life advocates for being complicit in racism:

“The anti-abortion movement was carefully crafted in the 1970s years after Roe, by a handful of racist evangelicals who needed an issue to latch onto as school segregation began losing in the court of popular opinion…Google it.”

Lorenz is not the first journalist to make such accusations. In a 2019 piece at The Guardian, columnist Jill Fillipovic made a similar claim:

“But evangelicals didn’t seem to think much about abortion until an earlier pet issue, racial segregation, began to fall out of favor. Around the same time, women’s social roles were rapidly changing. The birth control pill brought with it an avalanche of opportunities and freedoms, and women, finally fully able to have sex for fun and prevent pregnancy, took full advantage. The ability to delay a pregnancy – and later, the ability to legally end one – meant that women didn’t have to choose between romance and ambition (and it meant women could be choosier about romance, making a more considered decision about who and whether to marry).”

“This point cannot be emphasized enough, or too often. The moniker ‘pro-life,’ so often used in the service of not just misogyny but also racism, should be retired right along with Aunt Jemima and the ‘Redskins’ team name.”

Similar statements could be cited here. It is worth noting that oftentimes no argument is provided to support these accusations. The great thing about social media is even the most outlandish or ridiculous ideas are given fertile ground in which to take root, while challenges to ridiculous ideas are harder to get spotlighted.

Regarding the idea the pro-life movement started as a result of losing the battle over segregation, the claim itself is sheer nonsense, for several reasons. As David French puts it in a well-researched piece, there was a fundamental shift in evangelical thought in the late 1970s and early 1980s towards a pro-life stance, independent of anyone’s views on school segregation. While there was large-scale apathy (and even support) for abortion in evangelical communities early on, this does not establish much other than the fact that theological communities are not immune from making mistakes on moral issues.

David French’s piece is an excellent analysis and response to the claim that the earliest roots of the pro-life movement were driven by segregationists.

However, let’s suppose it is true: pro-life leaders early on held racist views. How does that refute the pro-life position?

Let’s go back to the essential pro-life argument:

Now, how does this argument imply, either implicitly or explicitly, that we may treat people of different races as superior or inferior? It doesn’t. Pro-lifers oppose abortion because it unjustly ends the life of an innocent human being. They could be mistaken about this claim, but that hardly proves one is a racist. The question which drives the abortion debate is not what sort of human beings pro-life activists are; it is about whether or not we will recognize the preborn as members of the human family. Defenders of abortion need to explain where our argument fails, not resort to personal insults.

To phrase the issue somewhat differently, defenders of abortion who make this sort of accusation need to answer a predicate question: How does recognizing the preborn as members of the human family entail that we may treat people better or worse along the lines of race? The question itself shows the accusation is pure nonsense; nothing more than a morally smug sort of name calling, unbecoming of anyone over the age of four.

Additionally, pro-choice activists who want to accuse pro-life advocates of racism need to explain what precisely they mean by “racism,” and explain how the pro-life position somehow advances views of racial superiority or inferiority. Absent such an explanation, the assertion of racism is meaningless.

Now, it is possible some pro-life people may hold to racist views or are guilty of behaving in a racist manner. In addition, some pro-life activists have been guilty in the past and present of being racially (and stupidly) insensitive to concerns about race issues. Shame on them. However, an important question needs to be asked: Are these bad behaviors essential to being “pro-life,” or are they incidental?

It’s hard to see how they could be essential. As mentioned above, being “pro-life” means simply opposing the intentional killing of innocent human beings. Abortion intentionally kills an innocent human being. Therefore, being pro-life means you oppose abortion. In no way does it logically follow from the essential pro-life argument that you may mistreat or degrade people on the basis of skin color, or show favoritism on this basis. In fact, if anything it means we should put greater emphasis on ensuring we treat all fellow human beings with dignity and respect, before birth as well as afterward, and without regard to the way one looks, talks, functions, or where one comes from. Pro-life advocates and racial justice advocates are striving for the exact same thing: a society in which all human beings are treated as equals, respected and protected in law and in culture.

This means any racist behavior or attitudes exhibited by pro-life advocates are incidental to their pro-life views. It is likely that many pro-life advocates have not fully thought through the implications of their moral views; they have not realized what it means to ensure fellow human beings are treated with the dignity and respect owed them as human beings. This is a mistake anyone can make, independent of their views on abortion. They need to be graciously and patiently shown their mistakes, not from a position of proud superiority, but from a position of humility, since anyone can make similar errors in their behavior. Incidentally, the forerunners of the abortion industry had ties to actual white supremacy movements which a Planned Parenthood recently acknowledged; also recently, there have been accusations of racism against the modern abortion industry from its supporters and even its employees, leading to the firing of former CEO of Planned Parenthood of Greater New York, Laura McQuade. Any pro-choice activist who wants to charge pro-life advocates with promoting racism needs to account for these trends within their own movement. Failure to do so is the height of moral hypocrisy, and is insulting to people who have been on the receiving end of racial hatred.

We can agree with our opponents. We should not, in any way, discriminate against those who are different from us in ways that do not ultimately matter. Our culture still has a ways to go in reflecting this moral truth completely, but I do think there is room for hope.

This being said, if we can agree it is wrong to treat people better or worse based on their skin color, ethnicity, national origin, sex, or religion, then shouldn’t we also oppose discrimination against fellow human beings based on their size, their stage of development, their immediate location, or their degree of dependency on their mother? We should oppose all forms of unjust discrimination, not only when it affects human beings who are similar to us, especially when such discrimination results in death. Since the opposite of choosing death is life, the term “pro-life” in reference to opposing abortion makes complete sense.

Anyone who says the preborn may be viewed differently than the born and therefore can be killed with impunity bears a significant burden to establish why the preborn may be set aside. Failure to do so does not bode well for anyone who claims to be on the side of justice for the marginalized.