From America, with Love: An Appeal to Save Ireland’s 8th Amendment 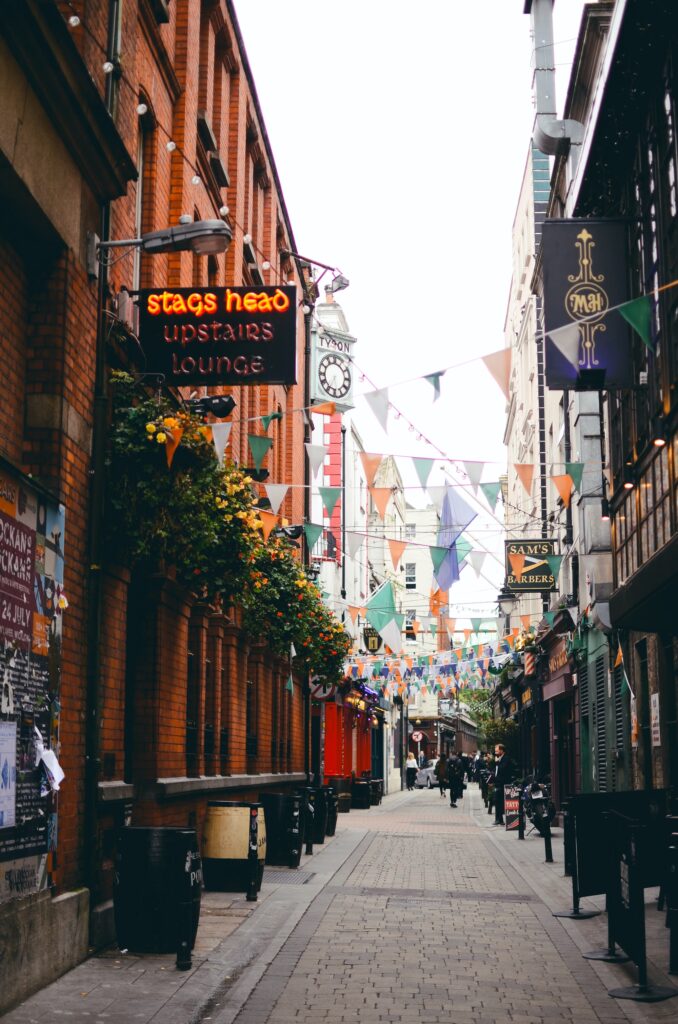 Ireland is the one of the final remaining strongholds that defend the right to life of prenatal human beings. That could all end on May 25th when section 40.3.3 in Ireland’s constitution is up for repeal by referendum. The section is referred to as the 8th amendment and was added to the constitution by referendum in 1983, 67% to 33%, with 53% of voter turnout. The amendment equates the preborn’s right to life with that of their mother, effectively banning abortion with the exception of danger to the mother.

There has been immense media hype from the global press and celebrities as the vote approaches on May 25th. Celebrities such as the band U2 and actor Liam Neeson, both from Ireland, are voicing their support for a repeal while using language familiar to the United States and most of Europe. They frame it as a women’s rights issue while condemning the Irish government for a discriminatory healthcare system.

The same rhetoric was employed leading up to the 1973 Roe v. Wade decision legalizing abortion in the US, which cited a right to privacy that still cannot be found in our constitution. As an American, let me tell you how slippery of a slope this decision truly is.

In the United States following Roe v. Wade, abortion was intended to be “safe, legal, and rare.” This at one time was the official platform of the Democratic Party. Today, abortion seems to be a source of pride for some feminists, and is treated as a necessary, even easy, decision to justify promiscuity. It was Bill Clinton who coined the phrase “safe, legal, and rare.” Two decades later, his wife and future presidential candidate Hillary Clinton stressed that the unborn have no human rights. While abortion began as a necessary evil, it has evolved into something much more sinister.

The evolution was no doubt a tiresome endeavor with work put in by abortion advocacy organizations such as Planned Parenthood and NARAL, as well as complicit media personalities and political figures. We are seeing, and have seen, a successful, ongoing campaign to dehumanize the unborn. In Dave Rubin’s words, we have completely evolved from a “begrudgingly pro-choice” position, into a more openly pro-abortion position. This is in no small part due to the profitability of abortion, which is evident in Planned Parenthood’s most recent earnings report.

The Cost of the Unborn

In 2015, Planned Parenthood performed 46% less prenatal services and screenings than 2014 and over four thousand more abortions, resulting in a $77.5 million profit. Abortions cost more than prenatal services and mammograms which causes abortion quotas to be set and pizza parties thrown for meeting abortion goals.

On average, an abortion costs $413 in the first trimester and around $3,000 following. Armed with this information, one can come to understand why women counselled by Planned Parenthood choose abortion over adoption with a ratio of 120:1.

It is no secret that coercion and manipulation are commonplace in the abortion industry worldwide. Indeed, abortion is such a lucrative business that 79% of women said they were not given any alternatives, and 80% said they were not given enough information to make an informed decision, according to a study done by The Institute for Pregnancy Loss. Not only are abortion quotas kept, but patients in waiting rooms are lobbied to donate their baby’s organs to “tissue-procurement techs” who receive bonuses for parts procured, according to a National Review report.

Countless undercover videos have exposed abortion executives admitting to atrocious acts like changing abortions to have intact, saleable body parts that reap substantial monetary rewards. In one such video by the Center for Medical Progress, a Planned Parenthood executive mentions she wants a Lamborghini when negotiating with a potential fetal organ buyer. This is the tragic reality of billion dollar abortion industry.https://www.youtube.com/embed/6LPlHjP1DVw?rel=0&controls=1&showinfo=1

This devastation — coercion, quotas, fetal organ sales, pitting mothers against their growing babies — was followed by the legalization of abortion. That is the truth about the abortion industry. It has never been about women’s rights.

A Final Appeal To Ireland

Abortion is an incredibly lucrative business and an extra form of birth control which forsakens personal responsibility and ends the life on an innocent and defenseless human being. Vile, despicable practices for profit and convenience dressed up as healthcare is the inevitable future in Ireland if the 8th amendment is repealed. Ireland is one of the last places where the most vulnerable among us are still protected. The country has a responsibility to continue to protect the innocent lives of unborn Irish children, and save itself from the moral decay America faces every single day, funded by We the People and our tax dollars no less.

As an American living in post-Roe v. Wade America, I implore Ireland to save the 8th amendment.